Since the election of Joe Biden as the next US president, reports of the death of the "deal of the century" have been greatly exaggerated. The Palestinian Authority (PA) has felt a sense of relief that its love affair with Israel and Israel's allies could finally resume.

The PA had cut off official security coordination with Israel in May, and cooled relations with Bahrain and the UAE after they opened diplomatic relations with Israel this summer. The PA used the pretext that President Donald Trump’s “deal” was detrimental to Palestinian interests.

In the wake of Biden’s election, the PA declared the deal and annexation plans to be "no longer on the table". It officially resumed security coordination with Israel, citing assurances from Israel that it would comply with prior agreements it had signed with the PA.

This came just days after Israel opened bidding on the construction of a new Jewish colonial settlement intended to cut off occupied East Jerusalem from the West Bank. The PA has also restored its ambassadors to Bahrain and the UAE.

These PA moves seek to appeal to Biden, who is expected to be more sympathetic to their cause than Trump. And so, instead of announcing that the PA was looking forward to being welcomed back into the US capital, the adamantly anti-Palestinian New York Times, the US "newspaper of record", announced that "in a bold move to refurbish their sullied image in Washington, the Palestinians are laying the groundwork for an overhaul to one of their most cherished but controversial practices, officials say: compensating those who serve time in Israeli prisons, including for violent attacks."

The New York Times added that “Palestinian officials eager to make a fresh start … are heeding the advice of sympathetic Democrats who have repeatedly warned that without an end to the payments, it would be impossible for the new administration to do any heavy lifting on their behalf”.

This is an important example of how Biden will be little different from Trump who, in fact, was little different from Obama or previous presidents. Biden has vowed not to move the US embassy back to Tel Aviv, nor to rescind US recognition of Israel’s illegal annexation of that city. Perhaps the only difference is that Biden may restore aid to the PA, while curtailing support to families of Palestinian prisoners - details of which are "being hammered out in Ramallah", according to the Times.

But as the "deal of the century" is predicated on the premise that the US and Palestinians must give Israel everything it wants, it remains unclear why the PA thinks the deal is no longer on the table. After all, the PA has acted in accordance with that very premise by resuming security coordination with Israel, returning its ambassadors to the Gulf states, and negotiating cuts to support for prisoners’ families - all without getting anything in return.

The issue of financial support to Palestinian prisoners’ families is, in fact, a central feature of how the US “peace process” has always been premised on coercing Palestinians and other Arabs to join the US in legitimising Israeli colonial conquests and delegitimising any resistance to them.

Since the 1993 Oslo I Accord, the PA has committed to stamping out all Palestinian resistance to Israeli colonisation of Palestinian lands, collaborating with Israel either by informing on or handing over resistors to Israeli security forces, or by having its own security agencies imprison or kill them. Why, then, Israel and the US complain, would the PA support their families?

This is to be contrasted with the fact that Israel and the US have always rewarded Israeli Jews who massacre Palestinians. A minuscule number of Israeli soldiers who kill Palestinians have ever been prosecuted, and even fewer found guilty, as has been documented by Israeli human rights groups and others.

Last year, an Israeli soldier who fatally shot an unarmed 14-year-old Palestinian boy was sentenced to a month in military prison. The boy’s father told the New York Times: “This is unjust.” He said he feared that the soldier’s sentence would “encourage his colleagues to kill in cold blood”.

Also last year, the Israeli army exonerated its soldiers in the killing of a Palestinian double-amputee protesting at the Gaza fence who was shot in the chest. The army said it could not ascertain that its soldiers were the ones who killed him. Another Israeli border police officer who killed yet another Palestinian teenager in 2014 was sentenced two years ago to nine months in prison, having been praised by the judge as “excellent” and “conscientious”. 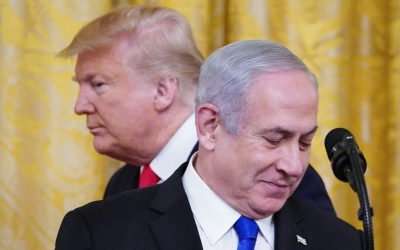 As for the Israeli military medic who shot dead an already injured Palestinian lying on the ground in 2016, he was sentenced to 18 months in prison, a year of probation and a demotion. His sentence was later decreased to 14 months, of which he served only nine before being released.

These are neither aberrant nor new examples; they harken back to the establishment of Israel. Late Israeli Prime Minister Yitzhak Rabin, who expelled the Palestinian population of the city of Lydda in 1948 and devised the "break-their-bones" policy against Palestinians during the First Intifada, is celebrated in Israel and the US as a "hero" for peace. He never went to jail for his crimes.

Nor did former Israeli Prime Minister Ehud Barak, who, dressed in drag, headed a commando unit that assassinated several Palestinian leaders in their homes in Beirut in 1973. He, like Rabin, is hailed as a hero.

In October 1956, the Israeli army committed a horrific massacre against its own Israeli-Palestinian citizens in the village of Kafr Qasim, when its soldiers shot dead 49 men, women and children coming home from their fields after a day of work, and injured dozens more.

Despite an initial government cover-up, a trial took place and prison sentences were handed down in October 1958 to eight officers ranging from eight to 17 years. Appeals were filed, and all the sentences were reduced with all the convicted killers released by 1960, having spent their sentence in a sanatorium in Jerusalem, and not in a prison cell.

Officer Gabriel Dahan, convicted of killing 43 Palestinians, was appointed as officer responsible for Arab affairs in the city of Ramle in September 1960. The brigadier most responsible for giving the orders for the massacre, Yshishkar Shadmi, had a separate trial, and was found guilty of a "technical error" and fined one cent.

What Biden and his friends are demanding of the PA today is precisely what Israel and Trump also demanded: namely, that it consider Israeli conquest, colonisation and occupation of Palestinian land - including the killing of Palestinians who resist (or do not resist) Israel - as heroic acts.

Since the PA did right by Israel and the US when it agreed in Oslo to quash any resistance to these Israeli heroic acts, it must continue to do so by not supporting the families of Palestinian prisoners or martyrs.

It has always been the same deal, which is what Trump tried valiantly to impress upon the world

The goal of the PA, as envisaged by the Oslo Accords, is not only to obliterate any remaining resistance to Israel, but also to quash the Palestinian people’s will to resist their insidious coloniser once and for all. That was the essence of the US "peace process" in the 1970s and 1980s, of the Oslo deal, of former US President Bill Clinton’s Camp David offer in 2000, and of Trump’s "deal of the century".

It has always been the same deal, which is what Trump tried valiantly to impress upon the world. The much-awaited Biden, however, will be sure to indulge the PA. He will pretend, alongside the PA, that Palestinians will get a new and better deal next time. 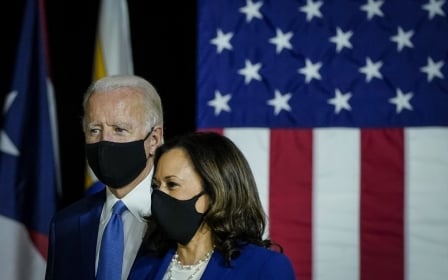