UAE efforts to normalise Israel's apartheid should never be tolerated

Jamal Juma
As Arab states push for normalisation with Israel, Palestinians must continue fighting for freedom and equality 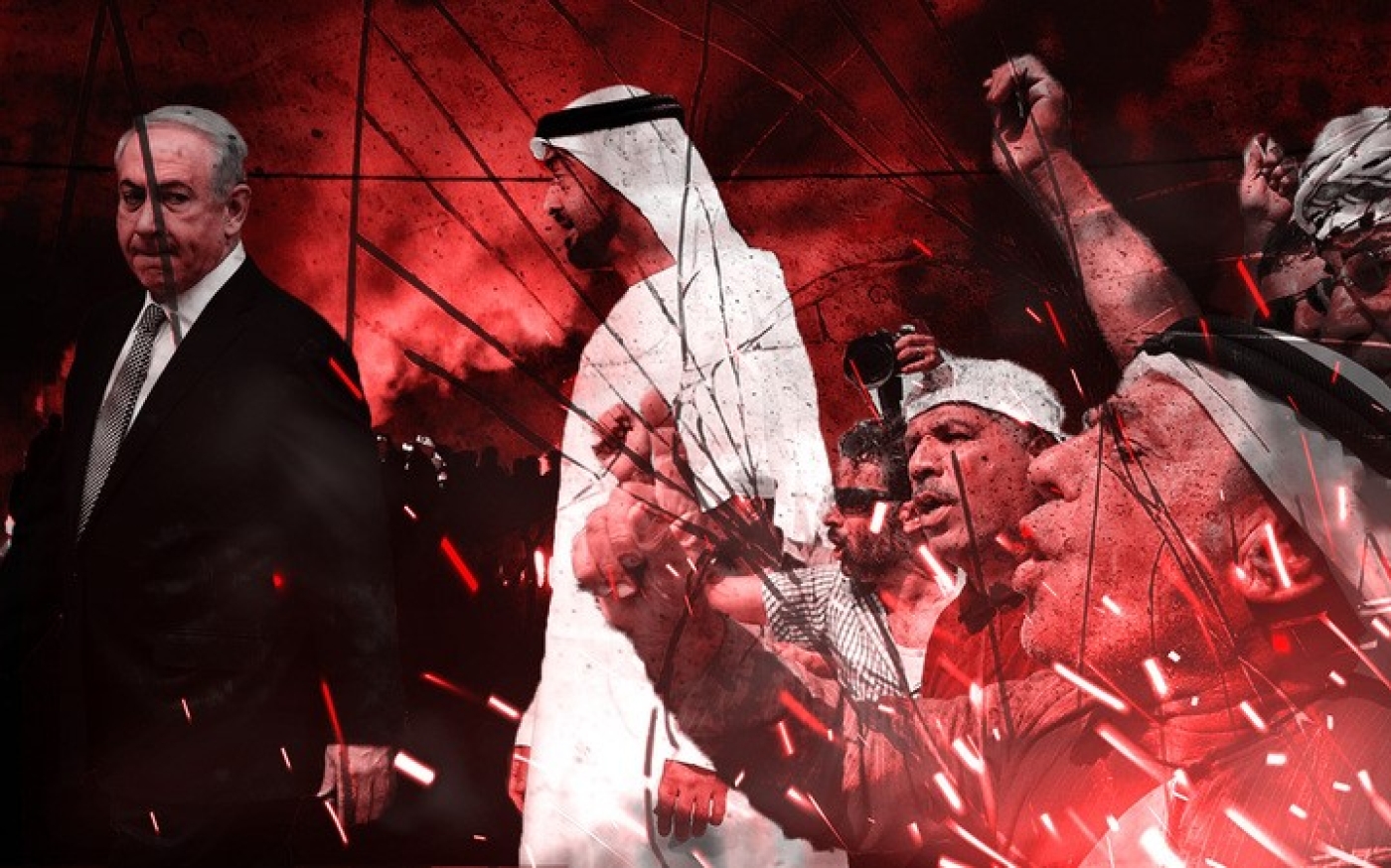 Today, as Palestinians, we are facing a systematic campaign to liquidate our cause - the most recent manifestation being the sweeping land theft that Israel is planning to carry out by annexing 30 percent of the occupied West Bank.

Intensifying aggression against Palestinians in the targeted areas through home demolitions, burning of agricultural lands, settler attacks and land confiscation mark the final stages of Israel’s settler-colonial project to ethnically cleanse the land and prepare it for annexation.

Amid this backdrop, Yousef al-Otaiba, the UAE’s ambassador to the US, took the unprecedented step of writing an article titled “It’s either annexation or normalisation” in the Israeli newspaper Yediot Ahronot, violating the longstanding Palestinian and Arab consensus against normalisation with the Israeli regime.

The article was purportedly written to sway the Israeli public against annexation. But did Otaiba really believe that the next day, Israelis would take to the streets to demand their government stop the annexation process? Unlikely. So what was the real purpose of this article?

The article appears to be part of a concerted effort to protect the growing, but still precarious, normalisation project of Saudi Arabia, the UAE and a number of other Arab Gulf states

Addressing the Israeli regime as an “opportunity, not an enemy”, Otaiba appears to be concerned that the annexation will generate Palestinian resistance and lead to an Arab backlash against normalisation with Israel. This would destroy the UAE’s long-term efforts, documented by the Intercept a few years ago, to build an anti-Iran alliance with Israel, the US, Saudi Arabia and other Gulf states.

Otaiba’s article was reportedly written with the support of individuals close to the Israeli government, including Israeli-American businessman Haim Saban. Considering Otaiba’s “almost constant phone and email contact” with Jared Kushner, it likely also had the blessing of the Trump administration.

The article appears to be part of a concerted effort to protect the growing, but still precarious, normalisation project of Saudi Arabia, the UAE and a number of other Arab Gulf states, which stands in flagrant opposition to the historic principles of the Arab League and many Arab states.

Israel was established in 1948 by forcibly evicting the overwhelming majority of Palestinians from their homeland. The Israeli state continues to uproot, dispossess and evict Palestinians, and to appropriate their land.

Israel is based on a three-tiered system of oppression: settler-colonialism, apartheid and occupation. Palestinians reject any treatment of such a regime as a “normal” state with whom relations and collaboration can be established. For the UAE ambassador, however, Israel is “an opportunity” - not a state that practices colonisation and apartheid, and places itself above international law.

Otaiba describes the UAE as providing “engagement and conflict reduction” in the region.

It is worth asking: which peace is the UAE supporting? Is it the “peace” in Yemen, where the UAE is heavily involved in the destruction, fragmentation and impoverishment of the country? Or is it in Libya, where the UAE has supported militias and fuelled the war and militarisation that has devastated the country?

In terms of the struggle for peace and justice in Palestine, the UAE has led efforts to normalise apartheid. Otaiba’s offer of normalisation if Israel halts its annexation project bypasses the fact that the imminent de jure annexation comes on top of the continued oppression and dispossession of the Palestinian people. He offers a carrot that Israel is already eating, as both countries have already normalised in various ways.

In February, the UAE aided Israeli efforts to whitewash its violations of Palestinian rights when it warmly welcomed an Israeli team to join a UAE cycling tour. Last year, Israel accepted Dubai’s invitation to attend Expo 2020.

Other Gulf countries have also strengthened ties with Israel, including Bahrain, which hosted an economic conference tied to the US “peace plan” in June 2019, and Oman, which welcomed Israeli Prime Minister Benjamin Netanyahu in 2018.

Otaiba’s article and the politics it represents warrant outrage and opposition. Normalising apartheid can never be tolerated. Israeli annexation: If Abbas is serious this time, Palestinians should support the PA's response
Read More »

Yet, as Palestinians, we trust that the values of freedom, justice and equality will finally prevail over the alliance of regimes fuelling wars, racism and human rights violations. We believe in the power of the people globally, from the Arab streets to the US, the heart of the empire.

Today, amid growing demonstrations in the US and other parts of the world, rulers who trample human rights are standing on shaky ground. People in the Arab world and globally understand the value of our joint struggle.

The Otaibas of this world, more than anything, give us one message: Palestine is a litmus test for human rights in the modern era, and together, we can effectively defend human dignity and self-determination.

Jamal Juma' was born in Jerusalem and attended Birzeit University, where he became politically active. Since the first Intifada, he has focused on grassroots activism. Juma' is since 2002 the coordinator of the Palestinian Grassroots Anti-Apartheid Wall Campaign and since 2012 the coordinator of the Land Defense Coalition, a network of Palestinian grassroots movements. He has been invited to address numerous civil society and UN conferences, where he has spoken on the issue of Palestine and the Apartheid Wall. His articles and interviews are widely disseminated and translated into several languages.