It's time to rethink the structure of Palestinian aid 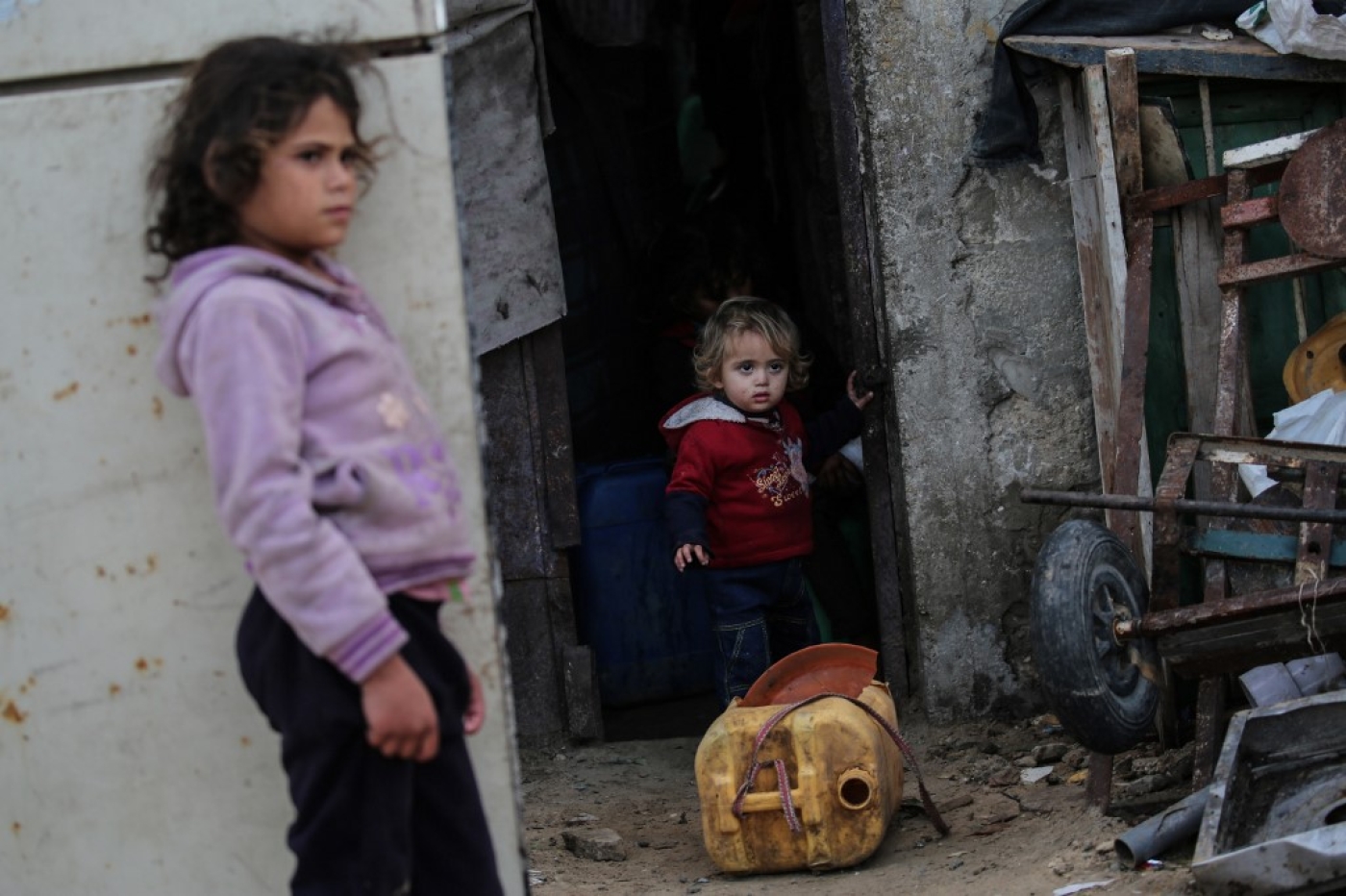 Since the Oslo I Accord was signed in 1993, more than $40bn has been spent by international donors as foreign aid for Palestinians living in the occupied West Bank, East Jerusalem and the Gaza Strip.

As long-time analysts, we have grown tired of adding this (ever-growing) number to the beginning of so many of our journal articles, op-eds and reports. Yet, we find we cannot avoid this, because of how clearly it underlines the failure of the western donor-driven development model, the moribund Oslo "peace process" it is meant to support, and the significant sums of aid funding that end up going into Israel's economy.

That sum ($40bn+) has also consistently made Palestinians one of the highest per capita recipients of non-military aid in the world (though it is far less than the overall sum of aid Israelis receive). And yet, both peace and development remain elusive, as this aid has failed to achieve progress on three main objectives: a lasting peace between Palestinians and Israelis; effective, accountable and democratic Palestinian institutions; and sustainable social and economic development.

There also seems to be little chance of Palestinians escaping from the pandemic-driven crisis without an infusion of aid into their de-developed, captured and colonised economy

Between 1994 and 2018, Palestinian manufacturing collapsed from 20 percent to 11 percent of GDP, and fishing and agriculture from more than 12 percent to less than three percent. This left Palestinians dependent on foreign aid to pay for imported goods entering through Israel into their de-developed economy, and to fund critical social programming and economic growth - generally non-sustainable service sector-driven growth.

The chances that Palestinian national self-determination will ever be realised grow dimmer by the year. Due to rapid Israeli colonisation, the occupied West Bank and East Jerusalem are now covered by more than 620,000 settlers on more than 200 settlements. Far from integrating with Palestinians, the settlements dispossess them from their land, an action considered illegal under international law.

Last year, more than a quarter-century into the donor aid programme, the United Nations Conference on Trade and Development concluded that prospects for the Palestinian economy were grim as foreign aid disappeared, with donor budget support falling from 32 percent of GDP in 2008 to 3.5 percent in 2019.

Covid-19 is accelerating the decline. Already prior to the pandemic, the performance of the economy was weak and the overall environment unfavourable, as "the productive base had been hollowed out by recurrent hostilities, geographical and economic fragmentation, technological regression, restrictions on imported inputs and technology, the loss of land and natural resources, settlement expansion, the leakage of fiscal resources and the near collapse of the economy of the Gaza Strip". 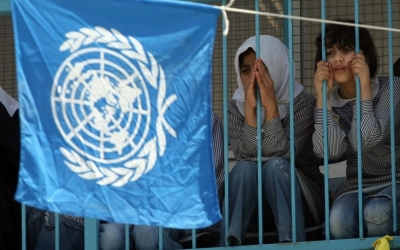 Why cutting US aid will help Palestinians - and peace
Read More »

Gaza is being hit hardest. It was effectively turned into an open-air prison not long after Israel decided to withdraw its settlements in 2005. Now, 80 percent of the population relies on unstable international assistance while lacking food security, hygiene resources, healthcare, electricity and safe drinking water.

Estimates on the costs of the Covid-19 pandemic suggest economic losses in the range of seven to 35 percent of GDP in the occupied territories. We do not know what impact it will have on donors, who are facing enormous budget deficits and economic crises of their own. There also seems to be little chance of Palestinians escaping from the pandemic-driven crisis without an infusion of aid into their de-developed, captured and colonised economy.

Donors may see more aid as the only way to ensure short-term stability and to avoid desperation-driven conflict. This includes donors wanting to reinforce the recent peace deals between Israel and Gulf states, offering Palestinians funding as a "peace dividend". As such, there is a high probability that donors will be an important factor again in 2021. But what will such aid look like?

Whatever resources donors commit, given the de-developed nature of the economy in the occupied Palestinian territories, the aid package will almost certainly need to continue to include development funding and immediate humanitarian aid to keep the economy going, political institutions solvent and people alive.

The dominant instrumentalist approach is economically neoliberal. Formed out of the Washington Consensus, it argues that Palestinian aid must be delivered in a non-political and technocratic manner, and supports the Oslo economic and aid framework. It is a top-down approach that tends to decontextualise the Israeli military occupation by downplaying or eliminating key terminology describing the occupation.

In general, it avoids challenging Israel's policies in the occupied territories, and lays disproportionate blame on the Palestinian Authority (PA) for any failures in aid to achieve its anticipated goals. When not blaming Palestinians, it blames outside political events, such as the Second Intifada, and argues that the existing aid model needs only to be applied better. Lead practitioners of this approach tend to include the US and Canada, and often the International Monetary Fund and World Bank.

The second approach to Palestinian aid is what we refer to as critical instrumentalism. In contrast to the instrumentalists, they argue that the Israeli occupation is the main obstacle to peace and development, and consider aid and politics to be intrinsically linked. While overall being much more critical of Israeli rule, they share with instrumentalists a specific faith in the ability of good policy to bring about positive change.

Critical instrumentalists claim to support the development of democratic Palestinian institutions, yet do nothing to prevent the PA's slide into unpopular rule-by-decree. This approach frames Israeli rule as a military occupation that might be temporary (even after 50 years of occupation and settlement-building). While they tend to use more accurate language to criticise Israeli policies directly, they do so without any concrete action, such as withholding funding or withdrawing trade privileges from Israel to force change. This tends to be the approach adopted by European donors.

The aid flow will never be effective for Palestinians or for a just and stable peace, if it continues to be poured into these skewed and distorted political and economic frameworks

The third approach is what we call the critics. They argue that aid policy is a rationalising technical discourse that conceals a hidden bureaucratic power or dominance, maintaining control over and containing Palestinians - and that this hidden reality is the true political intention behind the development process.

The critics argue that economic integration with Israel, advocated by instrumentalists, benefits the occupier at the expense of the occupied economy. Some have gone so far as to argue that aid has in itself become an instrument for counterinsurgency, used to disempower Palestinian aspirations for self-determination. This group tends to have a solid scholarly and activist base, especially among Palestinians, but to be the least influential on policy.

Finally, the neo-colonialist approach can consider aspects of Palestinian aid to have been successful, with aid seen as a tool to combat terrorism against Israel and to encourage Palestinian peaceful acquiescence to Israeli rule. Neo-colonialists believe there is a need to develop the right Palestinian institutions for self-governance, particularly in the security sector, and to meet humanitarian needs to prevent further destabilisation.

This is an openly top-down approach, viewing aid as an economic instrument to offer to Palestinians in return for their surrendering political rights and accepting unwanted outcomes. This perspective has long been advocated by US think-tanks and various security forces. It is adopted by donors simply seeking calm through containment, which can include Arab state donors, who are otherwise acutely aware of the actual context and Palestinian aspirations. 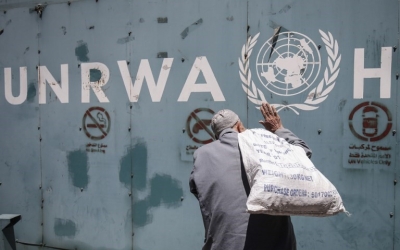 The anticipated approaches do not portend well. It is evident by now that the aid flow will never be effective for Palestinians or for a just and stable peace if it continues to be poured into these skewed and distorted political and economic frameworks. More money can lead to more harm when spent in an improper intervention, and technical solutions alone will always fall short of addressing the real problems Palestinians face if they avoid challenging the central political realities of "the conflict".

It is thus inevitable that a shift should take place in prevailing development thought, from one that considers development as a technocratic, apolitical and neutral approach to one that recognises structures of power and relations of colonial dominance, rearticulating processes of development to be part of a struggle for basic rights, resistance to displacement, and true emancipation.

Alaa Tartir is programme adviser to Al-Shabaka, the Palestinian Policy Network, a researcher and academic coordinator at the Graduate Institute of International and Development Studies (IHEID) in Geneva, Switzerland, and a Global Fellow at the Peace Research Institute Oslo (PRIO). Tartir is the co-editor of Palestine and Rule of Power: Local Dissent vs. International Governance (Palgrave Macmillan, 2019), and the co-editor of Political Economy of Palestine: Critical, Interdisciplinary, and Decolonial Perspectives (Palgrave Macmillan, 2021). Tartir's publications can be accessed at www.alaatartir.com.
Jeremy Wildeman holds a PhD from the University of Exeter. He is a researcher of international relations, critical development and security studies, Middle East politics and Canadian foreign policy. He has conducted a number of major research studies on development programming in the Occupied Palestinian Territory and on Canada’s relationship with the Palestinians. 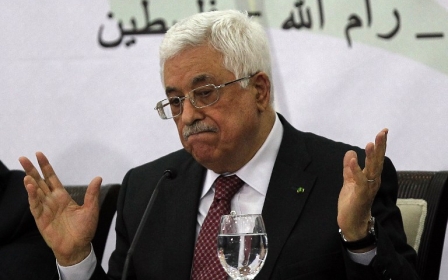 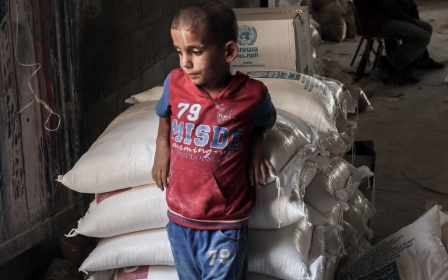 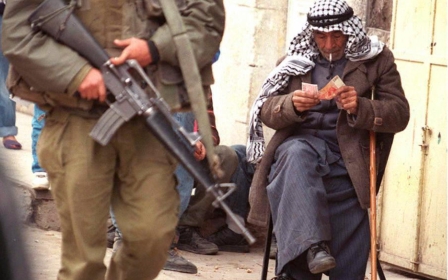