Jerusalem in danger while the world sleeps

Tariq Shadid
Tensions are rising sky-high in what is considered a Holy City by three of the world’s major religions: Islam, Christianity and Judaism, yet peace will not be allowed 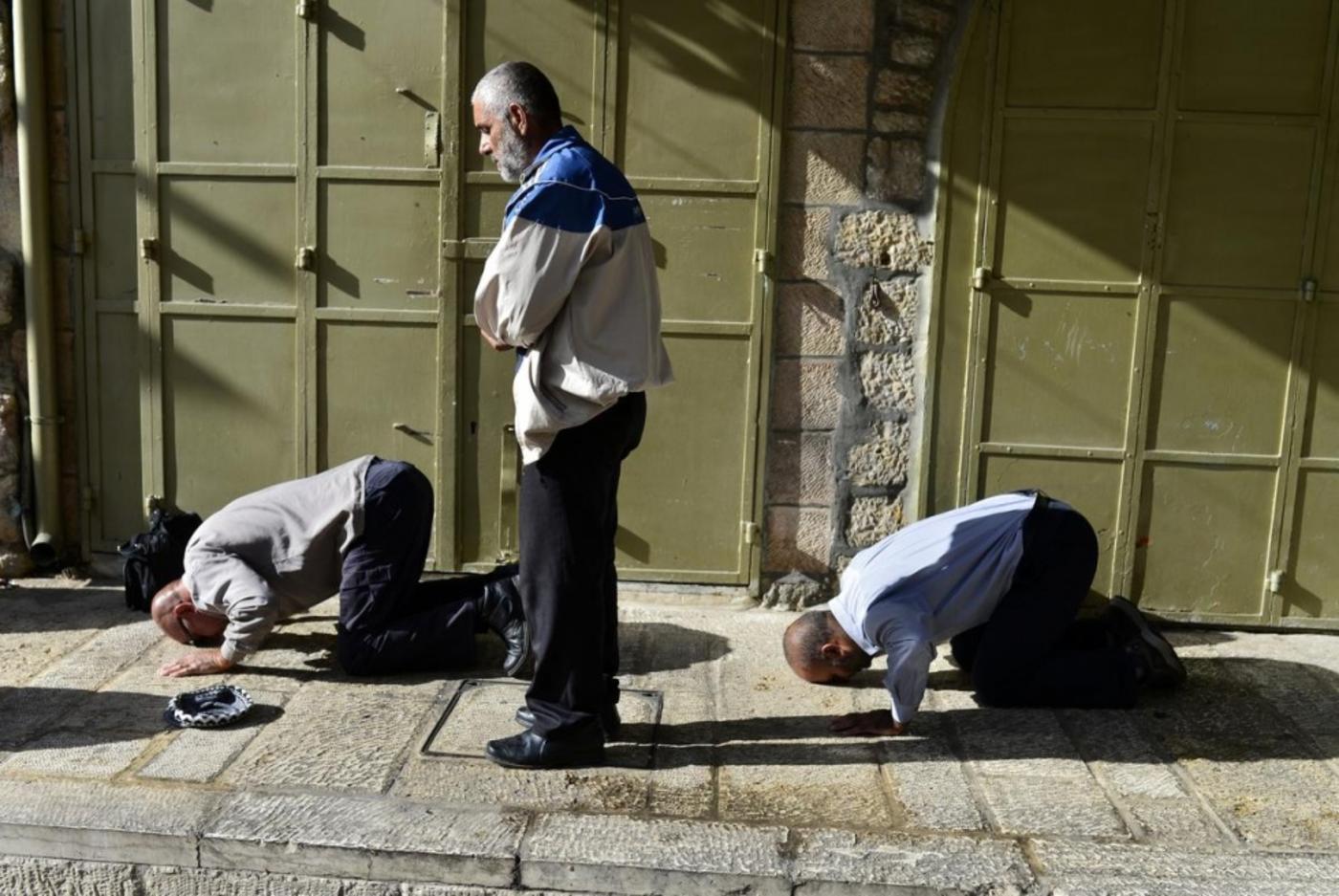 Tensions are rising sky-high in what is considered a Holy City by three of the world’s major religions: Islam, Christianity and Judaism. Its Aramaic name “Ur Shalim”, from which hails its current international name Jerusalem, means “City of Peace.” Yet it has become obvious that it will not be allowed to live up to its name for a long time to come.

Israeli plans to discuss a draft law next month aimed at partitioning the al-Aqsa Mosque compound between Muslims and Jews have raised concerns throughout the region, with leaders of the Palestinian Authority voicing their protest and condemnation at such prospects. Nevertheless, the Israelis are undeterred by empty words, and are extremely unlikely to let any of this affect their plans.

Nowadays, Jewish extremists barge into the al-Aqsa compound practically on a daily basis, guarded and protected by soldiers of the Israeli occupation army. On many Fridays, Israeli occupation authorities ban male Palestinian worshipers under the age of 50 to attend prayers in the mosque. These practices usually lead to confrontations between Israeli police and unarmed Palestinian protesters, resulting in many injuries.

Israeli settlers are also pushing ahead their schemes of ethnically cleansing East Jerusalem from its original Palestinian inhabitants, by home evictions and demolitions, and there are plans that aim to acquire as many Arab homes as possible, currently mostly focused on the neighbourhood of Silwan.

While Israeli authorities are happy to keep up the appearance that these acts of aggression are the work and initiative of “right-wing settlers”, as opposed to actions originating from “Israeli civil society”, it has become obvious to many around the world that close cooperation exists between the Jewish vigilantes and the army of the occupation.

There can be no question that the settlers who receive weapons, protection and military training from the Israeli government, are a heavily armed terrorist militia that gets its orders directly from Tel Aviv.

The Israeli authorities have given control over large patches of the land of Silwan to a settler organization called Elad, which aims to build a tourist centre in the middle of this neighbourhood, while the authorities have plans to turn the whole area into a “National Park”. Jerusalem is being “Judaized” at a breathtaking pace, in violation of all international agreements, but under a cloak of silence that is upheld by politicians from all around the world.

When the Dome of the Rock was attacked on 21 August, 1969, all it led to was a Security Council meeting requested by Jordan, and supported by 24 member states. Even in those days, in 1971, it was already known and discussed at the highest levels of the United Nations that there existed an Israeli master plan of “additional settlements, confiscation of Arab land and property, construction works and excavations”.

On 11 April, 1982, a Jewish gunman murdered 12 Muslim worshipers at the mosque, and injured another 12. In 1990, on what became known as “Black Monday” or the “Temple Mount Riots”, 22 Muslim worshipers were killed by Israeli occupation forces. Two UN Security Council resolutions condemned the violence, and that was that. Should we have expected a tougher response, something beyond words?

Well, things have only gotten worse since. Attacks on the al-Aqsa compound, although with less lethal outcomes, have now become so frequent that they barely make any news headlines. It has now become clear to the Israelis that the time to make more drastic moves on the appropriation of Jerusalem, even though officially illegal according to international conventions and UN resolutions, has finally arrived.

In the early morning of 30 October, 2014, hardline Zionist fanatic Yehuda Glick was shot and seriously wounded in Jerusalem. Occupation forces then shot and killed 32-year old Palestinian Mutaz Hijazi, whom they claimed was responsible for shooting the Jewish settler. Glick is a prominent Rabbi among those who advocate the overtaking of the al-Aqsa compound by way of Jews.

The fact that the Zionist state aims to destroy the al-Aqsa mosque and build its “Third Temple” there, is rarely ever mentioned in political debates. Shrewdly, the Zionists leave all the provocative activity that is part of that plan up to “settler movements” that operate without a visible or tangible mandate from the authorities. Nevertheless, the fact that they are more or less allowed to act with impunity, and receive army protection when they do, and that detailed plans to build the Third Temple are already in existence, should be clear enough for anyone willing to see through their modus operandi. Watch this video, to get a clearer idea of how serious things really are.

Israeli control over Jerusalem stems from 1967, which is 47 years ago, but their plans to move ahead with the complete subjugation of the Holy City and the total appropriation of its sacred as well as civilian areas has been executed slowly, steadily, and patiently. The current upheaval in the Middle East provides a good timing for them to step up efforts to increase control over the al-Aqsa compound, and increased efforts of intensified Judaization at the Mamilla cemetery, Silwan, Sheikh Jarrah and other Jerusalem neighbourhoods.

The Judaization of Jerusalem is an integral plan of the Israeli occupation, and has always been so. It counts on Arab and Muslim weakness and passiveness, taking into account that the al-Aqsa compound is a potential powder keg, but also realizing that the times may have arrived where they could get away with simply appropriating the entire al-Aqsa compound, either in one step or by taking half of it at first, and then sitting out the impotent screams of disapproval and protest that would undoubtedly erupt from the Muslim world.

There is not much happening at the moment that could prove them wrong. Governments of Arab countries are either too busy dealing with their own domestic messes, or too involved in regional activities that tie them closely to sworn Israel ally the United States, to take any significant action on the issue. Western governments have already displayed their routine readiness to turn a blind eye to all types of Israeli land theft, mass murder and ethnic cleansing. The burden of making Jerusalem a world level issue therefore becomes placed solely on the millions of activists around the world who are not prepared to let the Israelis continue with their plans unopposed.

The Israelis are igniting the powder keg, because they trust that they will have things their way when they do. Although it is now long overdue, it is up to all who are active for Palestine around the world, to give it their best shot at giving them the outcome that they least expect.

-Tariq Shadid is a surgeon living in the Arab Gulf who has been contributing articles to various online media. Some of these essays have been bundled in the book ‘Understanding Palestine’, which is available on Amazon.com 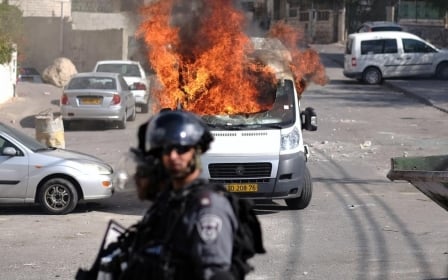