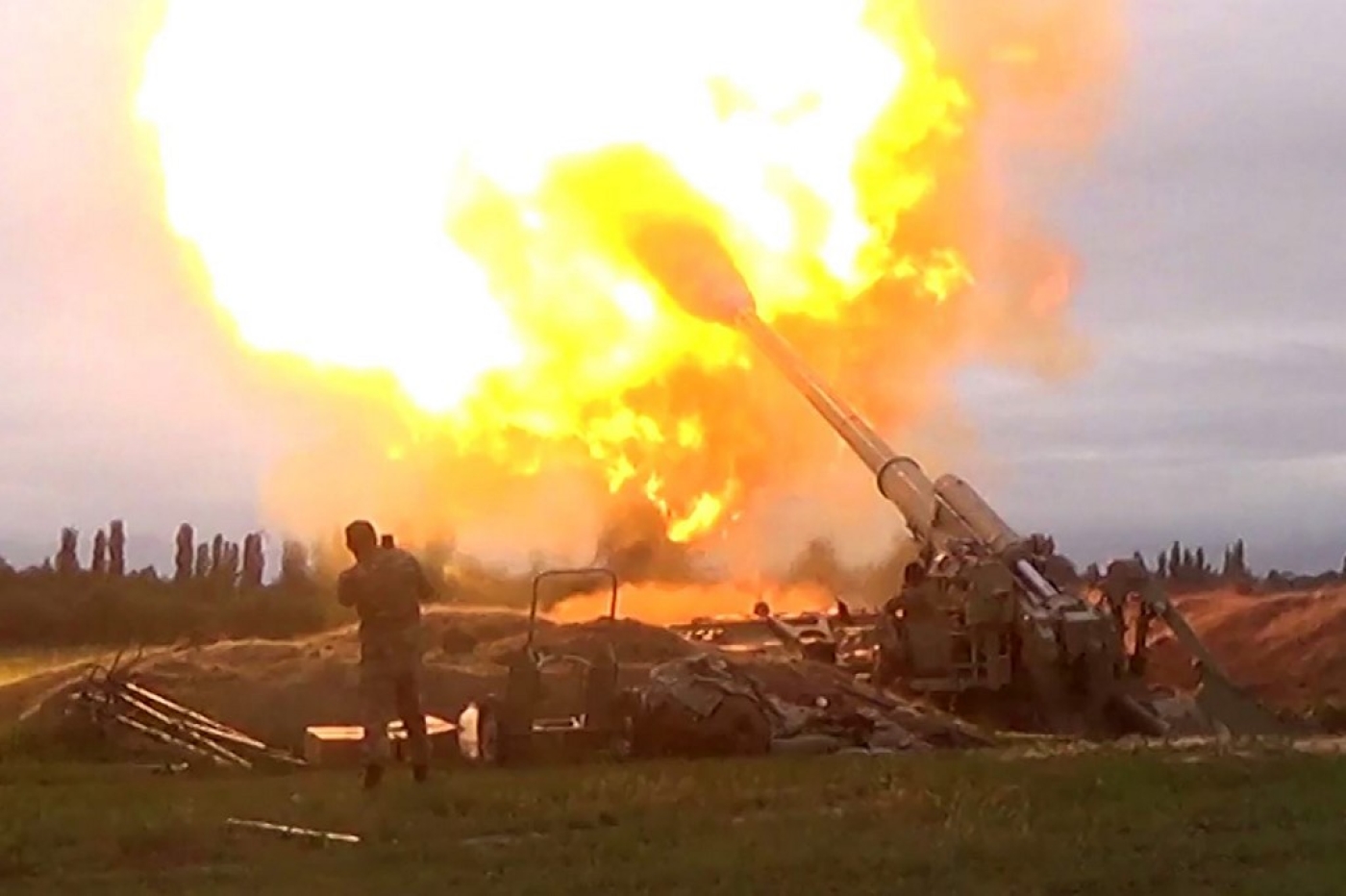 The so-called frozen conflict between Azerbaijan and Armenia over the disputed  region of Nagorno-Karabakh has melted again. In the past, powers with influence in Baku and Yerevan - especially Russia - intervened to stop the armed conflict.

But this time, the situation seems different, largely because Turkey has openly taken sides with Azerbaijan. Turkish President Recep Tayyip Erdogan has spoken strongly in defence of Baku, while Foreign Minister Mevlut Cavusoglu has said that Ankara would provide military assistance to Baku if asked.

He also warned that if the conflict reaches Nakhchivan, an autonomous republic of Azerbaijan bordering Turkey, Ankara may be forced to intervene.

According to Armenian authorities, Turkey has already provided weapons to Baku, including drones, along with military experts. There have also been widespread reports that Turkey has sent mercenaries from Syria to help Azerbaijani forces, although Baku has denied these rumours.

If claims of direct Turkish assistance prove correct, pressure would mount on Russia to help Armenia, which has a security agreement with Moscow. Any Russian intervention could, in turn, make it difficult for the West to remain on the sidelines. In addition, any direct involvement by Turkey leading to large-scale Armenian casualties could also pose a difficult dilemma for the West and send tensions soaring.

What would be the impact of an active Turkish military role in the conflict on its relations with Nato allies? What if Iran becomes involved? Would this justify a US military strike on Iran?

In short, this time around, the conflict has the potential to become a regional or international dispute. Yet, of all the regional and international actors, beyond the belligerents, Iran’s situation is particularly sensitive for a number of reasons.

Firstly, there is geographic proximity. Iran has long borders with both Azerbaijan and Armenia, including with Nagorno-Karabakh. Its territory is vulnerable to intended or accidental attacks by both sides.

There are also elements in Baku and Ankara who would like to cause problems between Iran and Azerbaijan by sending a drone or missile into Iranian territory as a provocation. There have already been reports of drones and missiles landing in Iranian territory.

Moreover, should the conflict become prolonged and cause a refugee problem, Iran would be seriously affected. In 1989, Iran faced a huge influx of Azerbaijani refugees and had to establish camps for them when the conflict first flared in the dying days of the Soviet Union.

Another factor involves ethnic and territorial disputes. Until 1828, most of the territories that constitute Azerbaijan and Armenia were part of Iran, but they were lost to Russia after two lengthy wars. Even after separation, however, Azerbaijan kept close cultural and other ties with Iran.

In the 1940s, the Soviet Union, desiring to incorporate Iranian Azerbaijan into the union, developed the myth of a single Azerbaijan divided by Persian imperialists that should be reunited. After the Soviet collapse, the newly independent republic of Azerbaijan adopted this myth.

Beginning in the early 1990s, a competition developed between Iran and Turkey for influence in the republic, while Israel developed close relations with Azerbaijan in order to keep an eye on Iran (something Saudi Arabia later did as well).

Meanwhile, amid difficulties with Iran, both the US and Europe promoted a strong role for Turkey. Despite occasional complaints about Baku’s human rights record, because of its interest in Azerbaijan’s energy resources, Ankara has maintained close relations with Baku.

Clearly, Iran is in a no-win situation if the conflict gets out of hand. A clear Azerbaijani victory over Armenia with Turkish help could encourage Baku and Ankara to pursue more vigorously the idea of joining the republic with Iranian Azerbaijan.

Turkey has a military presence in the autonomous republic of Nakhchivan, which is just 150 kilometres from Tabriz, the capital of Iran’s East Azerbaijan province. If conflict extends to this region, the risk of a Turkish-Iranian spat could not be ruled out.

But Iran cannot afford a military confrontation with Azerbaijan or Turkey. In view of its large Azerbaijani population, a conflict with Baku could degenerate into a civil war. Squeezed as it is by the US, Israel and most Gulf Arab states, it can hardly afford to fight Turkey. Even a defensive response on Tehran’s part could lead to a US attack on Iran.

Because of its precarious regional and international situation, since the 1990s, Iran has followed a passive policy and tried to placate Azerbaijan. It has offered cooperation and supported Azerbaijan’s territorial integrity. It has also cultivated relations with Yerevan and offered to mediate the Karabakh dispute, only to be turned down by Turkey, Russia and the West.

Largely because of the Iran factor, the Caucasus has become linked with Middle East issues. Israel and Saudi Arabia have tried to squeeze Iran through Azerbaijan. Azerbaijani volunteers have fought in the Syrian war, and Syrians are now reportedly coming to help Azerbaijan. Thus, how the conflict evolves and ends could affect Middle East power calculations.

An expanded conflict would pose policy challenges for major international players. What would the West do if Russia helps Armenia militarily? Could the conflict lead to a Turkish-Russian military spat? What would be the impact of an active Turkish military role in the conflict on its relations with Nato allies? What if Iran becomes involved? Would this justify a US military strike on Iran?

The lesson of the latest Caucasus flare-up is that disputes  cannot be allowed to fester. No conflict remains permanently frozen. 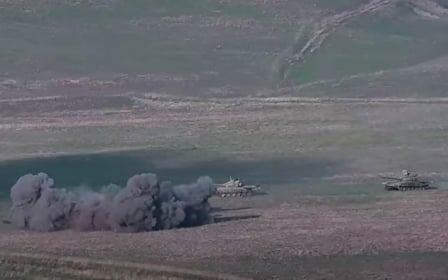