Lebanon protests: We should not let the ruling class reproduce itself again 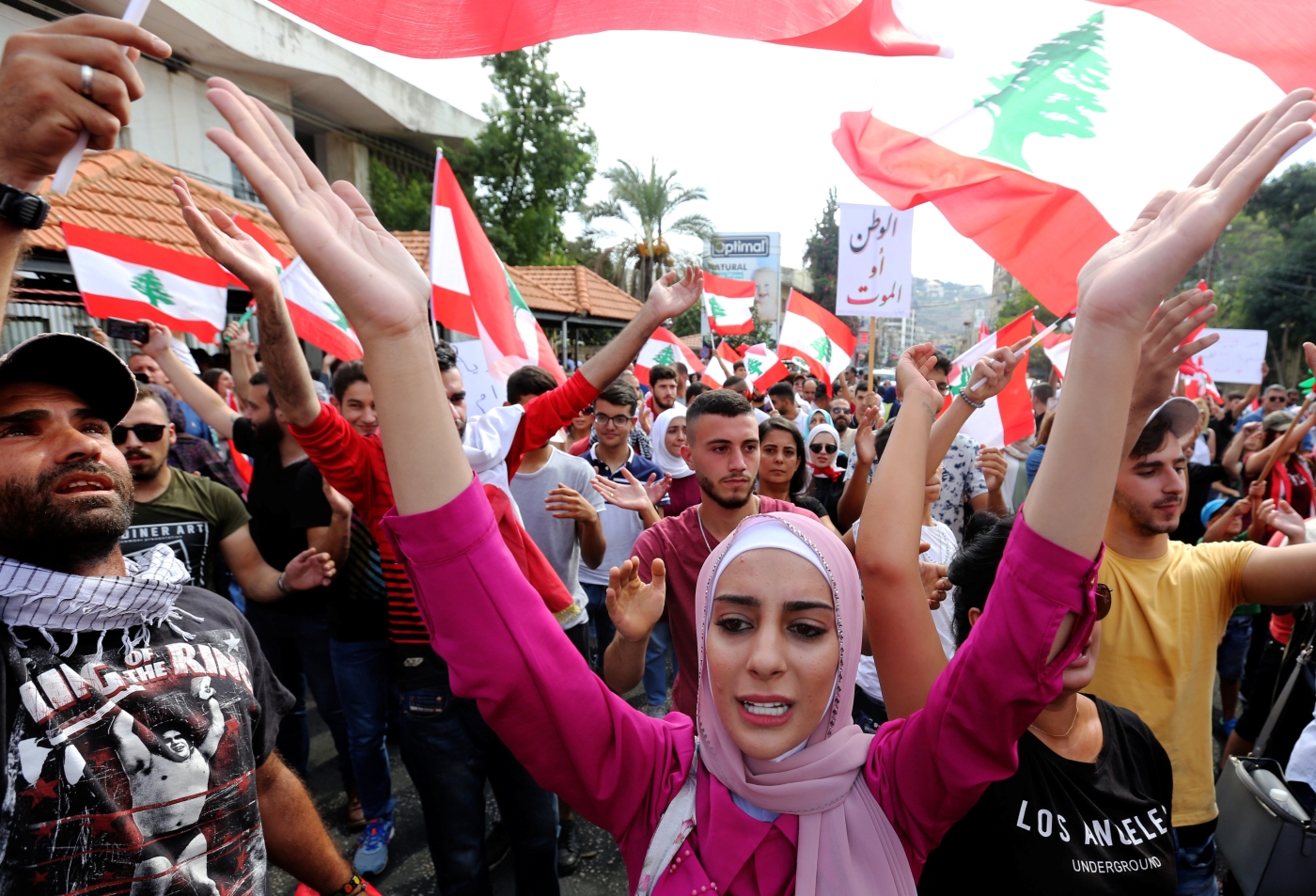 Demonstrators chant and carry national flags during an anti-government protest in the southern city of Nabatiyeh, Lebanon on 20 October (Reuters)

The "streets" of Lebanon have exploded in massive protests since 17 October.

Following months of austerity and dire economic conditions, a shortage of US dollars caused a serious threat of devaluation of the Lebanese currency resulting in a potential shortage of gasoline and bread, continuing power and water outages, and a catastrophic week with wildfires ravaging the country.

This cascade of crises exposed the ruling class; in response, the government met on Thursday and agreed to impose new taxes on the people, including a tax on Whatsapp calls.

While the current popular uprising is not merely caused by the Whatsapp tax, the new taxes - later reversed following street pressure - were perceived by most Lebanese as a "vulgar" reflection of the government’s total neglect of people’s hardship and its priority to protect the interests of the ruling class at the expense of the majority of the population.

Not entirely unexpected, mass protests have ravaged the country. While Lebanon has witnessed in its recent history similar massive "street explosions" against the ruling class such as in 2015, the Lebanese "October Revolution" of 2019 marks an important turning point in the history of politics in the post-civil war era.

This time, the revolution started with the poorer classes of unemployed or underemployed

After almost three decades of neoliberal policies that resulted in the deepening of class divides, people have taken to the streets this time to clearly denounce the ruling class that stands as the guardian of neoliberalism - and its own class interests - beyond sectarian divides that are usually an effective tactic deployed by the leaders to divide the streets.

This time, the revolution started with the poorer classes of unemployed or underemployed - usually the backbone and constituencies of the hegemonic sectarian parties through complex networks of clientelism – turning against their "patrons".

While the protests of 2015 were led by a group of civil society organisations mainly representing the middle classes and rejecting riots or civil disobedience under the banner of protecting the protests from “infiltrators”, the recent protests have started specifically with those usually (and wrongly in most cases) considered to be the “infiltrators” themselves.

Not only is the tactic of protest different from previous movements in terms of road blockades and civil disobedience, but the scope of the protest is also much wider, with regions such as the Beqaa, Tripoli, Nabatiyeh, Tyre and Zouk mobilising in huge numbers. The lexicon of the chants is clearly different with curse words and swearing at politicians forming the bulk of the slogans.

The mobilisations of the past few days mark the emergence of a new class-based alliance between the unemployed, underemployed, working classes and middle classes against the ruling oligarchy.

This is a breakthrough.

Despite attempts by the regime to play the usual card of talking about "infiltrators" and the presence of a "fifth column", which in most cases is none other than the regime itself, it is impressive how little resonance this discourse has had on protesters so far.

This is not to say that such a discourse has been completely eliminated and such scenarios have been ruled out, but rather to highlight the importance of the newly emerging class-based awareness that is focused on targeting the ruling elites rather than dividing itself.

If this can be sustained and organised in the coming weeks, this will probably mark the most important turning point in Lebanon’s post-war history.

While the hopes are high and the scenes from the streets are heartwarming, three main points are important for the movement to take into account in order to push this breakthrough forward.

It is crucial to organise. This has already started and it is taking various shapes and forms, however the movement still needs to develop its organisation without shying away from having a leadership. Leaderless movements are unsustainable and can rarely propose clear alternatives.

Organisation is also important beyond the immediacy of the protests now. It is time for the opposition in Lebanon to perceive itself as such and for different groups to organise based on their social and economic interests and coordinate together, which the ruling oligarchy excels at.

It is in times of such street explosions that we lament the lack of previous organisation and we feel the need for having our networks better activated and expanded.

Some forms of such organisation, such as feminist groups and student groups, already exist and are amongst the most beautiful aspects of this uprising. More of this is needed, and more coordination is crucial amongst the various groups and amongst the different regions of the country.

The movement must raise clear demands that are revolutionary enough but specific enough. There are many demands in the streets, primarily socio-economic of course, but the movement has not developed a clear set of demands that can shape a desirable and convincing alternative.

This is not a call for "pragmatism", but rather a call for progressive demands to take over some of the populist demands that have become widespread in the streets.

The calls by many protesters for an army takeover is amongst the most dangerous demands going around. It is unfortunate that we still need to write those lines in 2019 after all that we have seen in the Arab region in terms of the consequences of army intervention in uprisings.

What mobilised people in their millions is not the lack of unity or patriotism, it is rather the lack of justice and socio-economic rights. Let's stay focused on that since this is the only common denominator amongst the 1.2 million who mobilised so far.

Such socio-economic demands can include (1) immediately cutting the salaries of the current and past presidents, MPs, ministers, and first rank officers, (2) demanding the Lebanese banks to waive the national debt that has eaten up most of the country’s budget in the past three decades, (3) imposing progressive taxation, (4) immediately solving the cuts in electricity and water (at the expense of the cartels of private companies of generators and water suppliers), (4) demanding a sustainable and ecological solution for waste management.

We do not want the ruling class to resign and be able to get away with its crimes, we want justice

Personally I am not convinced that resignations will lead to actual change. It is a cosmetic act that can give the impression of a victory in the streets while the regime reproduces itself. It is important for demands of resignation to be accompanied with demands for trials and prosecutions.

We do not want the ruling class to resign and be able to get away with its crimes, we want justice. 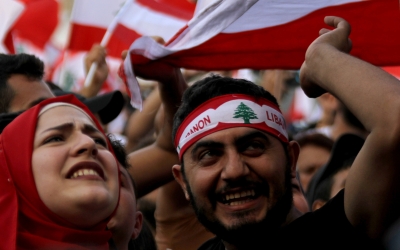 The ruling class has in all its figures adopted the same discourse so far in addressing the protesters: "you are right", "we understand you", "we feel you", but “beware”! Even the performative move of the Lebanese Forces ministers of handing in their resignation to the prime minister does not really speak any different language.

They have all acknowledged being in the wrong, and each is trying to contain the street in its own way.

The hope of the ruling class to kill the movement with violence is an old tactic. This violence can take the shape of direct security forces or army violence and arrests, or it can be indirect state violence through its "thugs" and "militiamen" (as also seen with the "baltagia" in Egypt or Syria).

While this might not work this time, the regime usually uses violence hand-in-hand with its other tool of containment: clientelist networks.

Sectarian leaders don’t only threaten people in their jobs and social provisions, but they also threaten to remove their protection and go after the ones that oppose them (especially if they remain in power, as in 2015).

The revolution has already paid a high price with at least six martyrs and hundreds of injured in the past three days. Lebanon has a golden opportunity for the formation of an alternative. We should not let the ruling class reproduce itself again. Lebanon’s October revolution must go on!

A longer version of this article was originally posted on OpenDemocracy. 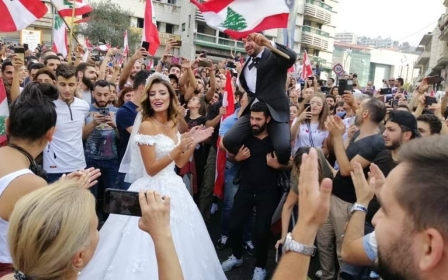 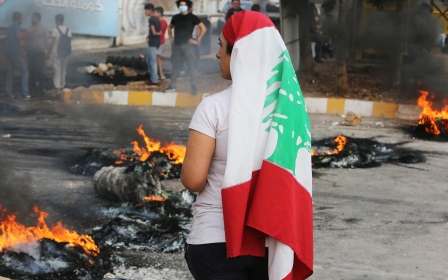 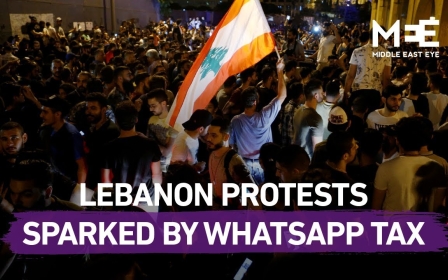