Libya: A silver lining or the road to darkness?

Wolfgang Pusztai
The peace process could be in a decisive phase, but it will be difficult to find solutions to all the unresolved questions 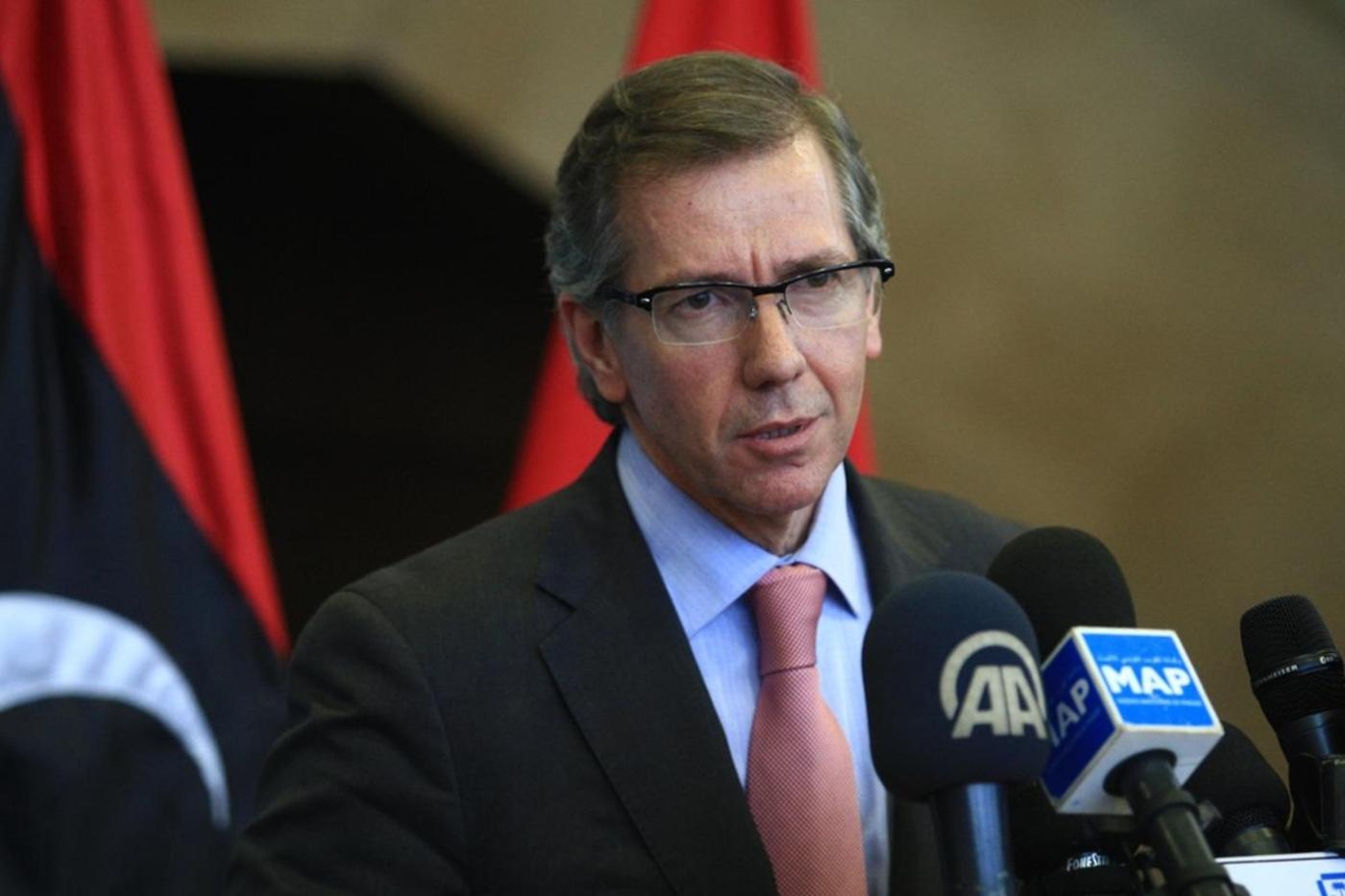 The UN-sponsored Skhirat Geneva process aimed at achieving a political settlement in Libya kicked off again last week, and could be in a decisive phase after months of stalemate.

The ever-optimistic UN special representative, Bernardino Leon, has yet again set a deadline, saying that the Libyan political agreement including a unity government, the so-called Government of National Accord (GNA), should be finalised by 20 September.

The composition and role of the State Council - the second "chamber" of the Skhirat interim order - is disputed. The Tripoli-based rival parliament, the General National Congress (GNC), insists on increased powers for this body and wants to select all its members from its own current delegates.

The internationally recognised House of Representatives (HoR) - which was elected last year and sits in Tobruk to the east - is firmly against any changes to its laws, decisions and appointments. Among the hottest issues are the appointment of General Haftar as Commander-in-Chief of the Libyan National Army and the abolition of the controversial Political Isolation Law, which was pushed for by Misrata and the Muslim Brotherhood to keep any Gaddafi-era officials out of power.

The selection of the prime minister and his two deputies is another difficult task, as they would need to be acceptable to both the HoR and the GNC.

It will be extremely difficult to find solutions for all these questions - and it is naive to assume that everybody really wants an agreement. Any solution that requires the HoR and the continuing GNC to reach consensus on any major decision would be a dead-end road.

In the case the GNC doesn't sign and walks again out of the talks, in order to avoid losing more time, full international support must be provided to the GNA and to the militias willing to fight Islamic State (IS). Those who reject the proposals must be subject to serious sanctions. But the likelihood is that the GNA could not immediately relocate to Tripoli and there would be a certain risk that the country will be torn apart, in particular if international support for the GNA is lukewarm.

On the other side, if the HoR refuses to sign there would be no agreement at all, as the main body was already initialled by everybody except the GNC representatives.

Even if all parties sign the deal though, it will still be too early to celebrate a new era in Libya.

Above all, one needs to remember that the HoR and GNC do not represent the whole Libyan population.

Leon is a clever diplomat. He is fully aware of this and has tried to include - with varying degrees of success - the civil society and the militias into the dialogue.

For the deal to succeed, the signatories will have to convince the sceptics in their own camps that the GNA is the best way forward. This will be the first and most important challenge, as HoR and GNC need to approve the agreement.

They will also need to get the acceptance of the major military groups and militia coalitions including the pro-GNC Libya Dawn, and Haftar’s Operation Dignity, including the Zintan-led Noble Tribal Army.

After this, the GNA will need to ensure a safe and secure environment in the greater Tripoli area to guarantee proper working conditions for themselves and the new administration. This should be achieved by deploying an UN-mandated international Peace Support Mission to Tripoli. The only other option would be to rely (again) on the existing militias as an interim solution until a police force and a real national army was built up – but this approach has failed once already.

The next step would see the GNA expand its reach to deal with other major serious security threats in Libya. At the very least a lasting ceasefire will need to be arranged in Benghazi.

A common offensive against IS in the surroundings of Derna, and, most important, in and around Sirte will have to be launched. The coastal road to Tunisia will have to be properly secured and ceasefires in the south mediated.

In parallel, constitutional reforms need to continue to get to a proper foundation for the new Libya. Oil and gas production, which is heavily affected by the current security situation, will also need to be stabilised to ensure the Libyan state receives enough revenue to re-launch the state-building process.

The situation on the ground

Getting to this stage though, will not be easy with the situation remaining highly fractured on the ground.

In Benghazi, the major battleground, despite announcements by General Haftar there is no way that his Operation Dignity will be able to defeat the Benghazi Revolutionaries Shura Council (BRSC) – a collection of radical Islamist militias. The crucial supply line from Misrata is still fully functioning. Experienced IS fighters are increasingly taking over the fight, shoulder-to-shoulder with the BRSC.

Meanwhile in Derna, regardless of its defeat by al-Qaeda-linked militias in Derna in June, IS is still present in the mountains around the city and is conducting - for the time being - a low-level revenge campaign against its enemies, other radical Islamists from the Shura Council of Derna Mujahideen. (Note: while IS has allied with the Shura council in Benghazi, it is opposed to the one in Derna.)

With ongoing turbulence and division, IS can easily consolidate its gains on a 250km coastal stretch around Sirte and prepare for its next offensive, probably towards the oil facilities in the eastern Sirte basin. The longer the current chaos lasts, the better it will be for the terrorists.

In the recent months, after a long stalemate in the Jafarah Plain in north-western Tripolitania, tribal elders have mediated several fragile local ceasefires between Misrata-dominated Libya Dawn militias and the Zintani-led Noble Tribal Army (NTA).

Many Misratans are war-weary and the military capabilities of the mighty city are overstretched, while the NTA leaders have realised that they cannot win the conflict militarily. In the background there are negotiations between the Zintanis and several Misrata leaders about a common fight against IS.

But divisions remain. Demonstrations for and against the peace process are taking place in several cities like Zawia, close to Tripoli. Libya Dawn leaders Salah Badi and Abdurrahman Swehli, both from Misrata, have founded the Steadfastness Front to continue the fight against Zintan and its allies.

The situation on the coastal road, in particular around Sabratha and between the Tripoli suburb Janzoor and Zawia, is characterised by occasional fighting between militias and a very high crime rate.

The capital is still plagued by criminal gangs. Some of them claim to be thuwar (revolutionaries), but conduct ordinary street crimes, like robbery, kidnapping and car-jacking. In the south, in Fezzan and Kufra, there are frequent clashes between the various tribes, mainly about the control of the smuggling routes.

The refugee crisis is only further complicating matters. The upcoming Phase IIa of the EU’s EUNAVFOR MED scheme - which targets human smugglers and intercept vessels on the high seas - will not contain the flow of migrants and refugees. Their boats and ships will become smaller and more fragile with the smugglers telling people that they only need to get over the horizon to be rescued by European ships. Escort vessels, if indeed used by the human traffickers, will remain within Libyan territorial waters.

The control of Libya's land and maritime borders is at first not so much an issue of training, but a matter of will. Corruption undermines any honest efforts to establish an effective border control.

Yet, if the Skhirat agreement is signed and sufficient international support secured, there is a chance to achieve some kind of stability at least in northern Tripolitania and to defeat IS, in effect winding back time to April 2014, just before Haftar’s Operation Dignity was launched.

The prospects for an agreement signed by all parties are limited and the challenges for a GNA are tough, but despite this, the opportunity for peace is there. If the opportunity is missed and the negotiation process fails - or it is continued endlessly and no decisive international support to one side or intervention takes place - Libya's road could lead into further darkness.

- Wolfgang Pusztai is a freelance security and policy analyst. He was the Austrian Defence Attaché to Italy, Greece, Libya and Tunisia from 2007-2012. 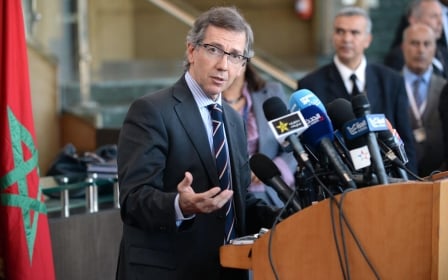