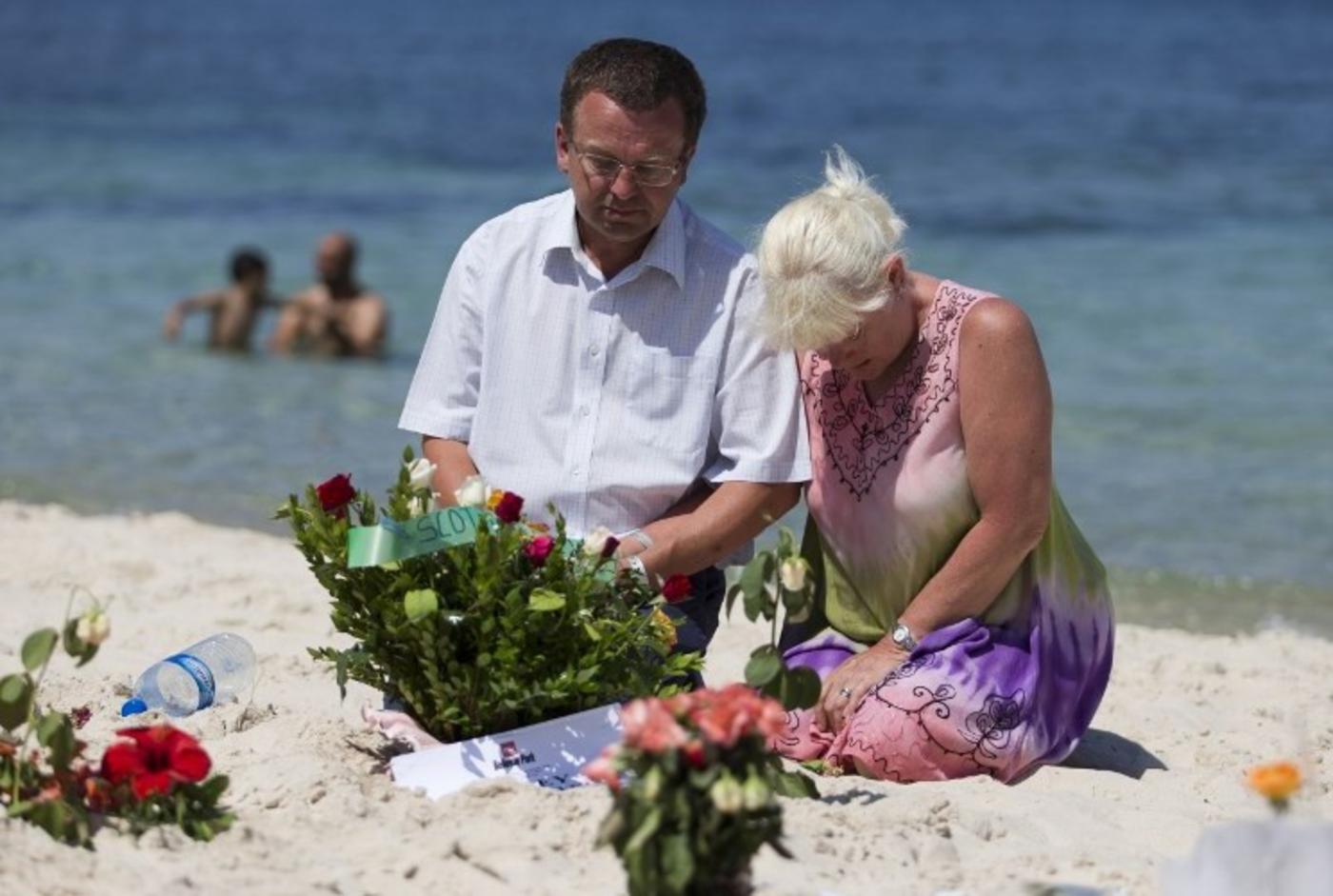 Three years ago on 26 June, a 23-year-old Tunisian armed with a machine gun mowed down 38 tourists at a beach hotel in the resort of Port El Kantaoui. Thirty British tourists were among the dead in the worst attack on Britons since the July 2005 London bombings and Tunisia's deadliest attack ever.

The atrocity was perpetrated by an adherent of the Islamic State (IS) group, which claimed responsibility. But, in a broader context, it is another instance of terrorism arising partly from UK foreign policies for which British governments remain unaccountable.

The murderer, Seifeddine Rezgui, an engineering student, had been trained in neighbouring Libya, reportedly visiting there several times in late 2014 and early 2015.

Training was conducted by both IS and Ansar al-Sharia, an al-Qaeda-linked Tunisian terrorist group in camps near the Libyan city of Sabratha, 60 miles over the border from Tunisia. Rezgui is said to have possessed only 120 bullets for his attack, suggesting he had become an expert shooter from his training at these camps.

It is likely that Rezgui was trained in the same camp complex in Libya as Salman Abedi, the Manchester-based terrorist who blew up 22 people at a pop concert in May 2017. A study for the Combating Terrorism Centre at the West Point military institution notes that Abedi built up connections to IS in Sabratha from where the Tunisia attack was staged.

Intelligence officials told the New York Times that Abedi met with IS members of the Katibat al-Battar al-Libi faction of IS several times in Sabratha. Other sources informed the Independent's Kim Sengupta that Rezgui had told friends that "two guys from England" were at the same camp as him in Sabratha.

Rezgui and Abedi had something else in common. They both reportedly went to Libya during the 2011 uprising against Gaddafi, a British-backed NATO war in which Islamist militias essentially acted as NATO's boots on the ground.

The British also appear to have facilitated the despatch to Libya of British-based former fighters of the Libyan Islamic Fighting Group (LIFG), a militant force which the UK had previously covertly funded to assassinate Gaddafi.

In 2011, Ramadan Abedi, Salman's father, who had also been a member of the LIFG, reportedly took his three sons to Tunisia, where he worked providing logistics for rebels in western Libya before joining the fight against Gaddafi.

The camps near Sabratha where Rezgui and Abedi were trained in 2014-15 were full of weapons captured from Gaddafi's arsenals during the 2011 war. Journalist Marie Colvin, who was later killed covering the Syria war, visited a camp outside al-Ajaylet, near Sabratha, in September 2011 and reported that it housed "hundreds of flame-throwers, napalm, detonators, crates of assault rifles, thousands of anti-personnel and anti-tank mines".

By the time the Tunisia terrorist attack occurred in June 2015, the Telegraph's Richard Spencer reported that the Sabratha camps still housed "whole arsenals of small arms, surface-to-air (SAM) missiles, semtex and other explosives and landmines" which “disappeared from under the noses of the allies, led by Britain and France, who won Libya's civil war in 2011."

Spencer added that in 2011 "the SAS was there, so were the Americans and French and a whole cast of monitors and weapons experts. But they seem to have concentrated on tracing the SAMs, as murky figures with lorries drove off the rest of the loot into the desert - despite warnings". These weapons ended up in the hands of Islamist militias.

A Twitter account linked to IS had forewarned of an attack in Tunisia a few months previously, saying: "To the Christians planning their summer vacations in Tunisia, we cant accept you in our land while your jets keep killing our Muslim Brothers in Iraq & Sham [Syria] (sic)". During the attack, a Tunisian witness said Rezgui ordered him to get out of the way as he was not aiming at locals but at "British, French".

The British overthrow of Gaddafi in 2011 helped turn Libya into a safe haven and base for militants and jihadists. After the Syrian war broke out, Libya became a training and facilitation hub for Tunisian and other fighters on their way to Syria to join the likes of IS or Al-Nusra Front, the al-Qaeda affiliate, to fight the Assad regime there. The first sign that Tunisian militants were being trained in camps in Libya was in the spring of 2012.

At this point, the US and UK, far from doing their utmost to prevent militants heading to Syria, in effect sided with them in a huge covert operation with their Arab allies to bankroll and arm militant forces opposed to Assad.

By 2014, the US and UK began waging all-out war on IS in Syria and Iraq. As militants were forced out of these two countries, many went to Libya instead where an IS chapter had been formed. Libyan-trained militants went on to conduct numerous terrorist atrocities in Germany, Italy, France and Belgium.

Since 2015, IS has been forced out of Sabratha and some other Libyan cities due to US air strikes on its training bases, including those in Sabratha. But by then the genie was already out of the bottle: this European-wide terrorism was partly enabled by David Cameron's disastrous war in Libya and the UK's and its allies' covert operation in Syria.

Three years ago, Theresa May, then home secretary, laid flowers on the Tunisian beach where the Britons had been murdered. David Cameron led a national minute's silence for the victims and promised a "full spectrum response" to the atrocity.

But Britain is still waiting for this response to include a comprehensive public enquiry into Britain's Libya war of 2011 and what has followed from this.

Photo: Tourists mourn at the site of a shooting attack on the beach in front of the Riu Imperial Marhaba Hotel in Port el Kantaoui, on the outskirts of Sousse south of the capital Tunis, on 28 June, 2015 (AFP)