'One day, I hope, I will go': How Trump’s ban hit an Eritrean refugee camp in Ethiopia 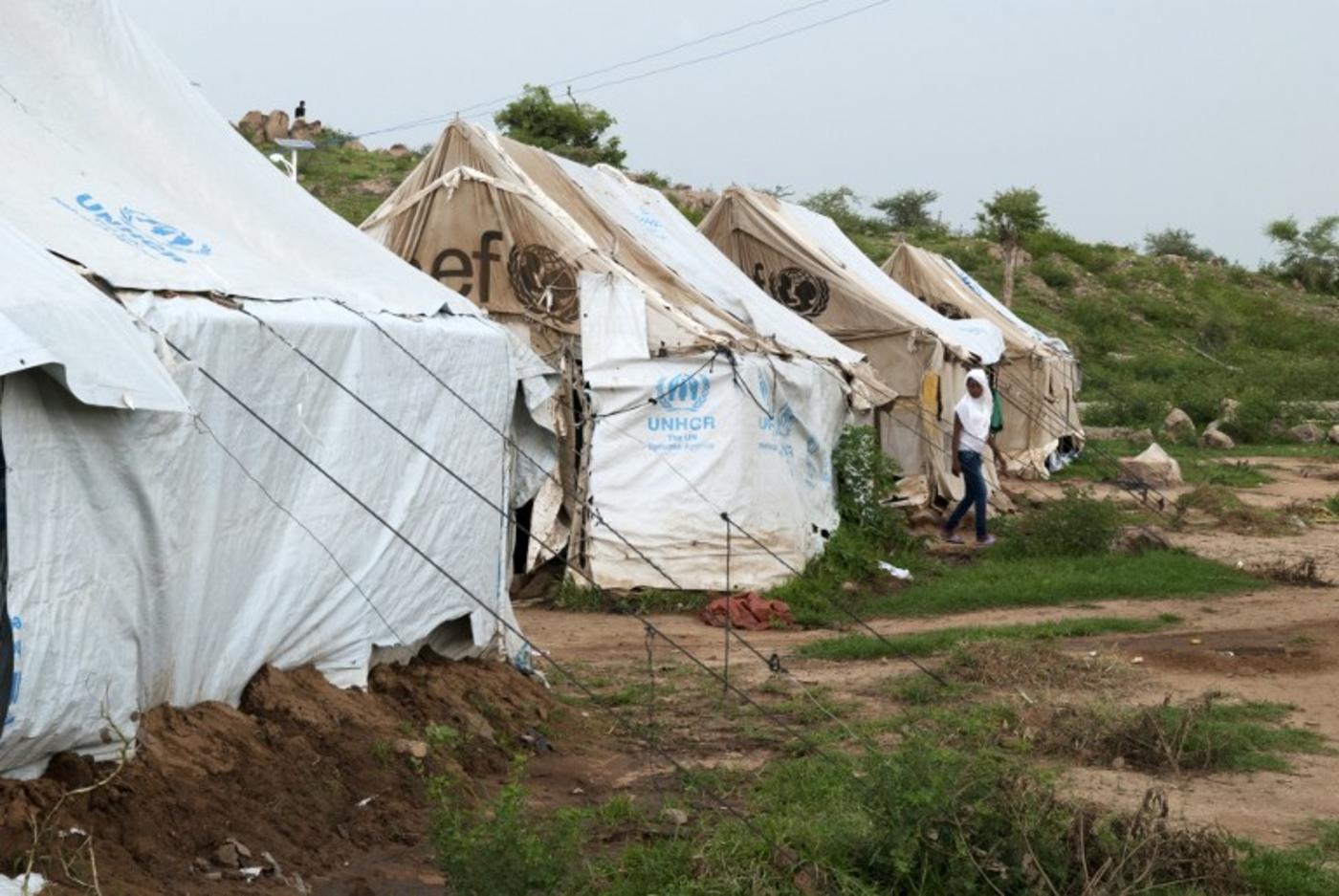 Migration policies may seem abstract, and when combined with representing migrants and refugees as merely numbers, they blur the human dimension of displacement.

When I saw him a few weeks after Trump’s executive order on refugees was introduced, he looked as if he had been crying for days

One of Donald Trump’s first executive order as the 45th president of the United States of America issued on 27 January 2017 limits the annual number of refugees to be resettled in the United States to 50,000 a year, as opposed to Barack Obama’s pledge last September to increase the US’s annual resettlement targets to 110,000.

I worked in an Eritrean refugee camp in Ethiopia where I met people who were directly affected by this decision - people who have been waiting for resettlement for three years and who were due to leave for the US in February 2017.

In the last few days of January, they were told they would have to wait longer, as the programme got suspended for 120 days. And nobody really knows for how much longer.

In October 2016, a United Nations inquiry into human rights abuses in Eritrea reported that crimes against humanity have been committed in the country since 1991. The number of people fleeing Eritrea, which according to Amnesty International is of the most repressive, secretive and inaccessible countries in the world, has been steady, but with a recent sharp increase in child and youth refugees escaping into neighbouring Ethiopia.

On average, around 3,000 refugees cross from Eritrea to Ethiopia every month; in February 2017, according to the Adminstration for Refugee and Returnee Affairs (ARRA), 3,367 Eritreans arrived in Ethiopia. More than 1,000 people arrive each month in Hitsats, the newest camp established by the Ethiopian government nearly four years ago in the Tigray region bordering Eritrea. 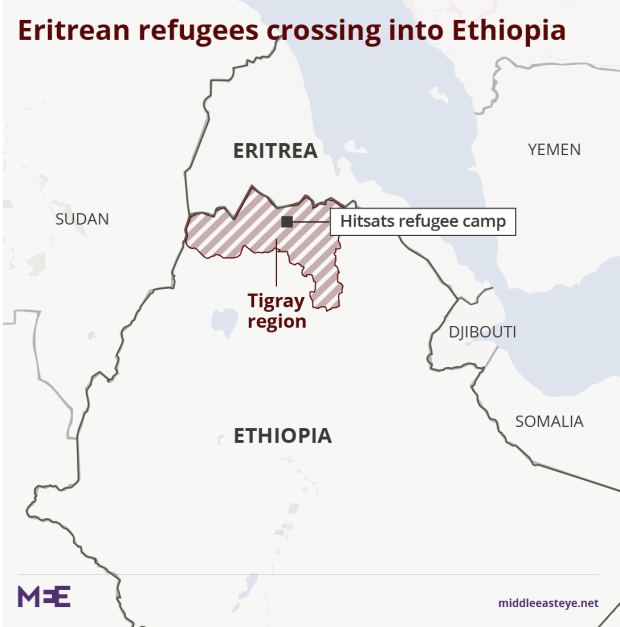 The camp hosts approximately 11,000 refugees, and four in five of them are under the age of 35.

I worked in Hitsats for six months, and I witnessed the refugees’ trajectories of waiting for resettlement  (ie the selection and transfer of refugees from a state in which they have sought protection to a third state which has agreed to admit them) as refugees with permanent residence status. The countries that accept most refugees on resettlement programmes include the US, Canada and Australia.

Waiting is a fundamental aspect of every refugee’s life. Men and women, some with children, queue outside UN High Commissioner for Refugees (UNHCR) office in the camp, clinging to their ration cards and other paperwork while sheltering from the morning sun. The emotions swing from a sense of hope to resignation and despair.

First, it’s waiting for an interview. Then it’s waiting for the interview’s result. The determination process involves many factors, including the resettlement country’s capacity as well as nationality preferences.

So far, there are no known resettlements in Hitsats because young, able-bodied men - the overwhelming demographics of the camp - do not generally fall within the priority category for resettlement of “Survivors of Violence and Torture” even though everyone that I spoke to was imprisoned in Eritrea.

Merely leaving Eritrea without the regime’s authorisation carries the punishment of a prison sentence of up to five years, so every unsuccessful attempt – and I met people who tried to escape the country three to five times – leads to detention in conditions that amount to degrading and inhuman treatment, such as underground cells and shipping containers in temperatures as high as 50 degree Celsius.

Resettlement lies within the core mandates of UNHCR, specifically, providing persons under its competence with international protection, humanitarian protection, as well as permanent (also called durable) solutions. However, resettlement is a privilege rather than a right: it is available to less than 1 percent of the most vulnerable refugees worldwide.

This leaves millions of refugees at risk of remaining in a protracted situation of exile, without an opportunity to rebuild their lives.

In Ethiopia, there was a target of 5,965 refugees to be referred for resettlement in 2015. Of this targeted number of referrals, only 2,120 cases had been resettled by August 2015. In 2016, access to resettlement for refugees in Ethiopia was limited to a target of 6,465, which constituted the largest resettlement plan in Africa.

Those refugees who are lucky enough to be accepted for resettlement – in Ethiopia, this rate is as low as 0.09 percent of the overall registered refugee population - may wait even several years to leave a refugee camp as a result of the lengthy vetting process that involves the Departments of State, Defense and Homeland Security screening together with other US intelligence, security and law enforcement agencies, including the National Counterterrorism Center and the Federal Bureau of Investigation, as well as Interpol.

The conditions if you stay

Refugees who are not selected for resettlement face harsh conditions in the camp, such as endemic malaria, and very few livelihood and integration opportunities in Ethiopia. There are restrictions on those seeking to leave the camp, and limitations on their rights and freedoms, including lack of work permit.

Unable to envisage their future in Ethiopia, on average 1,000 Eritreans leave Hitsats every month – that is equal to the number of those who arrive

UNHCR acknowledges that extended residence in a refugee camp can have a serious negative impact on people who live there. Unable to envisage their future in Ethiopia, on average 1,000 Eritreans leave Hitsats every month – that is equal to the number of those who arrive. Those young men just cannot wait anymore. They are leaving Ethiopia irregularly, making dangerous journeys through Sudan and Libya, hoping to finally reach Europe by boat.

The boat that sank in the Mediterranean in mid-January had 70 refugees from Hitsats on board. There was mourning marked by deafening silence in the camp that is usually full of music as it hosts a remarkable number of talented young musicians.

Since the resettlement programme was established in 1980 by the UNHCR, more than three million refugees have been resettled in the US.

The executive order announced by Trump on 27 January 2017 suspended the programme for 120 days and cut the number of refugee admissions by about 37 percent compared to the post-1975 average number of annual refugees admitted - from 79,329 per year to just 50,000. This may mean that there will never be successful resettlements from Hitsats refugee camp to the US.

Stuck in the pipeline

Less than a month after assuming his role as the UN High Commissioner for Refugees at the beginning of this year, Filippo Grandi visited Ethiopia. He spoke to refugees in Hitsats camp, warning them against risking their lives by embarking on dangerous journeys to Europe: “We will do our best to create opportunities here and to improve resettlement placements and other legal ways of migration so that refugees will not expose themselves to danger.”

On 30 January, Grandi wrote that he was “deeply worried by the uncertainty facing thousands of refugees around the world who are in the process of being resettled to the United States”. Given that the US provides about 40 percent of the refugee agency’s funding, the commissioner had to tread carefully.

I spoke to one of the young refugees in Hitsats who was meant to leave for the US in February after years of being stuck in the resettlement pipeline. Over the period of six months when I saw him regularly, he seemed to gradually deteriorate. When I saw him a few weeks after Trump’s executive order on refugees was introduced, he looked as if he had been crying for days. I asked if he had any news regarding his departure. He replied, “One day, I hope, I will go.”

The new redrafted executive order was issued by Trump in March 2017, clarifying that the ban “shall not apply to refugees who, before the effective date of this order, have been formally scheduled for transit by the Department of State”. I hope that my friend from Hitsats will now be able to leave.

- Dr Natalia Paszkiewicz is an anthropologist with a particular interest in migration and refugee studies. She has been working with refugees for over ten years in the UK, Malta, Ethiopia and Djibouti. 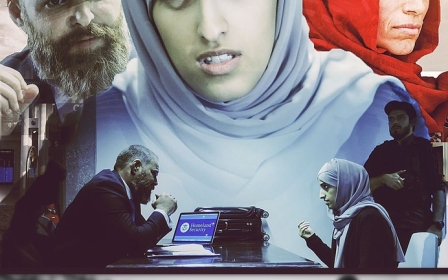 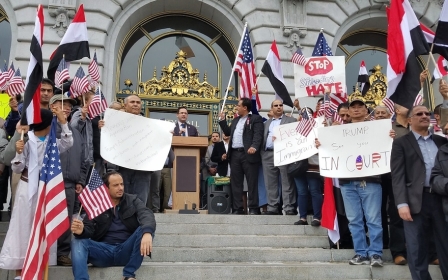 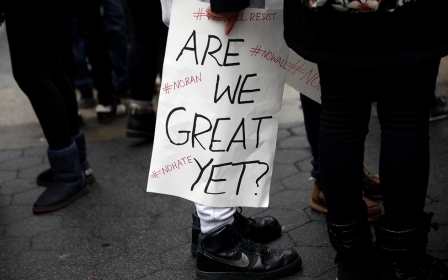