Pulling the wool over our eyes: An Israeli right of return for... sheep? 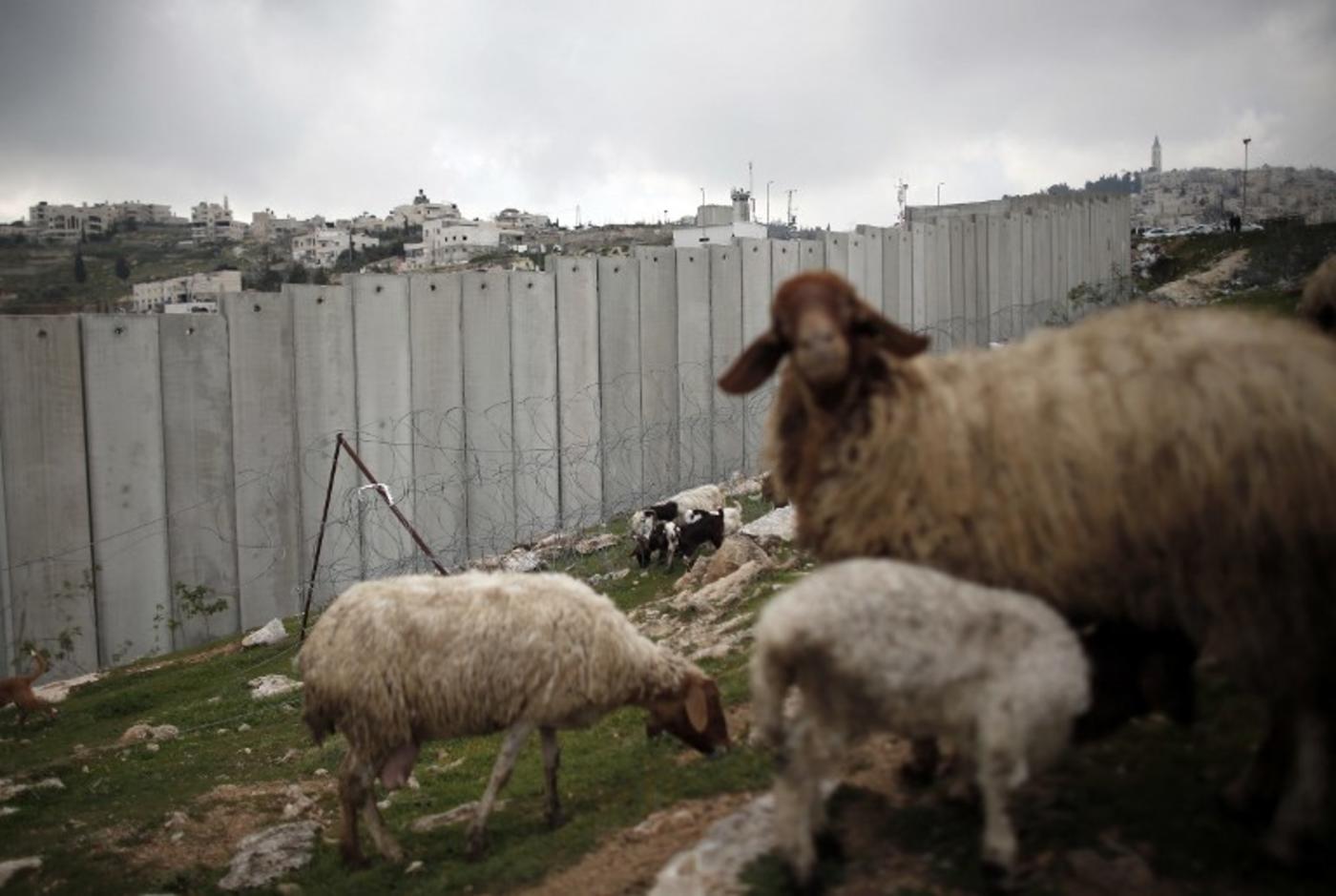 Shortly after the 1948 establishment of the state of Israel on Palestinian land, the Israeli Knesset passed a “Law of Return” entitling any Jew anywhere in the world to settle in the new entity.

Over the decades, this handy piece of legislation has enabled an influx of ethnically chosen ones as the spaces available to Palestinians continue to shrivel.

Under the Law of Return, even people with no connection whatsoever to the territory in question are granted an inalienable right of “homecoming” to a home that isn’t theirs

Anyone paying attention to actual facts on the ground rather than invented histories will of course have noticed a criminal defiance of logic.

Under the Law of Return, even people with no connection whatsoever to the territory in question are granted an inalienable right of “homecoming” to a home that isn’t theirs, while Palestinians physically born on the land - and descendants of those born there - are barred from a literal return, often condemned to a life in exile with few if any rights.

A new layer of absurdity has recently been added to the mix via a project dreamt up by Canadian residents Gil and Jenna Lewinsky, thanks to whom a flock of more than 100 Canadian sheep is now in the process of staging its own so-called “return” to the holy land.

The critters belong to a breed called Jacob sheep, which an article courtesy of the Canadian Broadcasting Corporation (CBC) explains is “named for the ancient sheep that gave the wool in the multicoloured coat Jacob was said to have given his son Joseph” in the book of Genesis.

After acquiring a handful of Jacob sheep a few years ago, the Lewinskys reportedly “decided to grow the flock… and see if they could return them to Israel to roam for the first time in centuries”.

Legal obstacles to livestock transfer have been cleared with the help of the Israeli ambassador to Canada and other concerned characters, and the Jacob sheep are currently undergoing mandatory quarantine prior to departing for Israel - or, as the CBC puts it, “head[ing] to the home of their ancestors”.

Earlier this year, a Reuters article similarly intent on maintaining the ancestral narrative proclaimed that “a breed of sheep believed to have been raised by the Jewish patriarch Jacob may soon be brought to Israel, its Biblical homeland”.

Noting that, “according to Hebrew and Christian holy books, Jacob had received a flock of a speckled and spotted breed as wages”, Reuters quoted the female Lewinsky as predicting a “very important and historic moment when the sheep return after basically 2,000 years”.

Other observers have soared to even greater sensational heights. In June, the Times of Israel reported - under the clever category “If you wool it” - that the sheep were set to end their “3,000-year exile” on the wings of the Israeli airline El Al, which had pledged to “heavily subsidise” the flock’s flight and thus facilitate “baa-aliyah” (“aliyah” being the word for Jewish immigration to Israel).

Meanwhile, the website of the US-based Jacob Sheep Breeders Association acknowledges the “many romantic stories” in circulation about the breed’s biblical debut, but states that the “actual origins are not known”.

“However”, the site continues, “documentation throughout history indicates that the spotted or pied sheep may have originated in what is now Syria some three thousand years ago”.

As luck would have it, Israel’s refusal to acknowledge the proper contours of “what is now Syria” has translated into a unilateral appropriation into the Jewish homeland of the Syrian Golan Heights, occupied by Israel since 1967. And it is in none other than this very territory that the Canadian sheep are set to commence their new-old lives.

The Israel National News website less-than-eloquently summed it up thusly: “The striped and speckled sheep of the type which the patriarch Jacob brought with him from Laban's house will once again find a new home in the land of Israel soon - in the Golan Heights”.

As ridiculously trivial as the transatlantic sheep-lift may seem, it is in fact part of a larger and relentlessly vicious Zionist effort to reconstruct both past and present, to exploit a fabricated history as a means of justifying contemporary repression and mass dispossession.

As ridiculously trivial as the transatlantic sheep-lift may seem, it is in fact part of a larger and relentlessly vicious Zionist effort to reconstruct both past and present

The forcible Judaisation of the landscape - including, now, with the transplant of the allegedly indigenous Jacob sheep - helps to both retroactively and preemptively excuse and normalise the ongoing ethnic cleansing of Palestinians, who are portrayed, at best, as irreconcilable with the scenery and, at worst, as hostile invaders deserving of elimination.

Also excused, of course, are related bellicose manoeuvres against other neighbouring Arabs, most notably the Lebanese. Incidentally, Arab shepherds and sheep are a regular target of Israeli aggression, as they apparently don’t inspire the same religio-pastoral nostalgia that their “biblical” counterparts do.

Regarding the impending deployment to the holy land of the Canadian Jacob sheep, the CBC quotes Gil Lewinsky’s auto-praise for his role: “It makes me feel like I’m changing the world in my own way”.

But as long as Zionists continue to shepherd the Middle East, prospects for worldly change are - to put it quite simply - baaad.

Occupation
'Paradise lost': How Israel turned the West Bank into a sewage dump for its settlements
Occupation
Israel takes its attacks on UNRWA schools to the United Nations
Occupation
Israel and UAE to discuss influx of Gulf tourists to Jerusalem's Al-Aqsa Mosque