David Hearst
If Syria is to be considered a template for Russian action, there is a cause for deep concern about what is going on in Libya 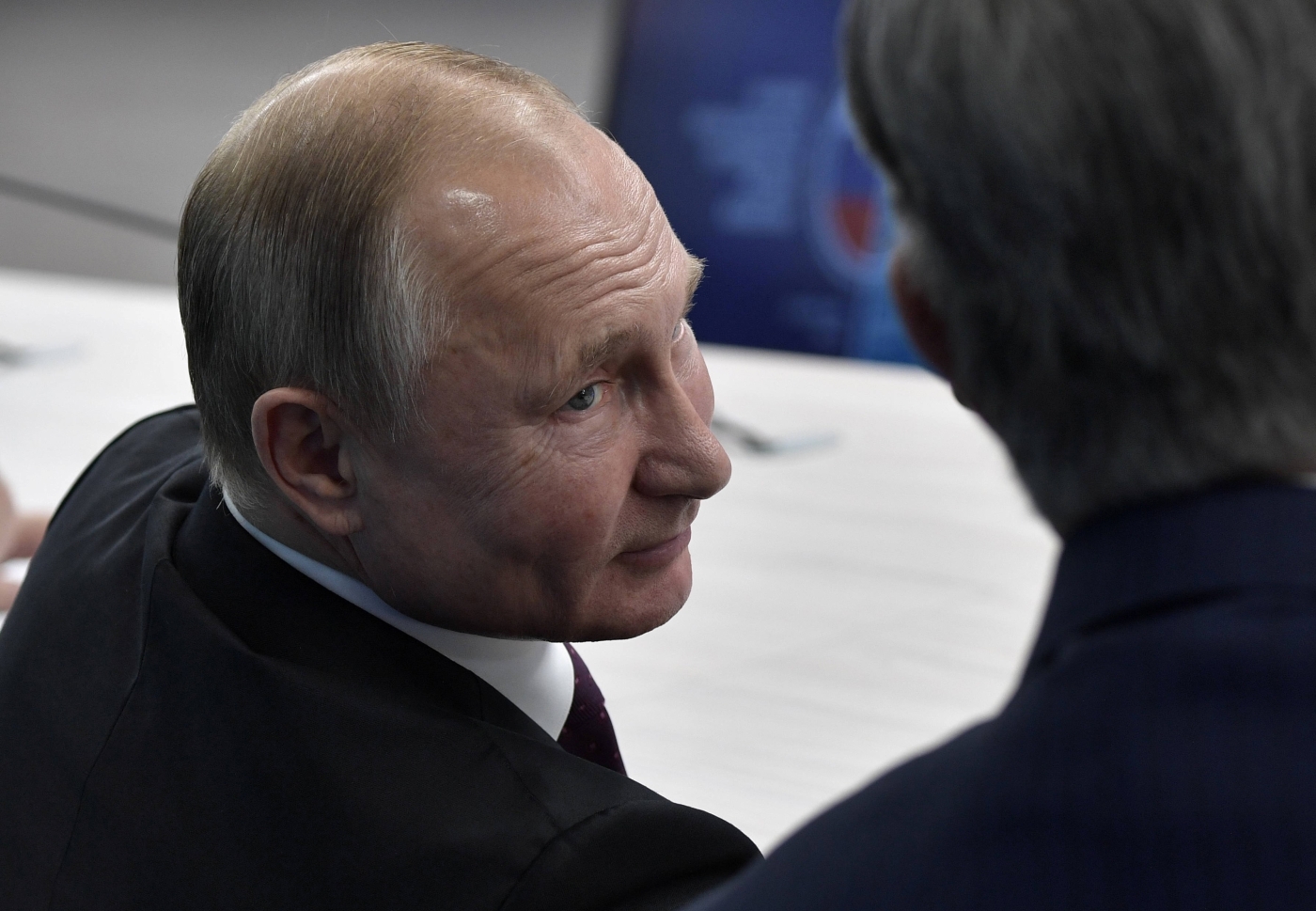 Two years after Russian President Vladimir Putin came to blows with his then prime minister Dmitri Medvedev over a Russian abstention from a UN resolution which paved the way for the fall of Colonel Muammar Gaddafi in Libya, a mysterious - but high quality - documentary appeared on the internet in Russia.

An anonymous narrator presented Medvedev as a weak leader who had surrendered Russia’s interests to a duplicitous America. It featured an interview with the former prime minister and the KGB’s Middle East hand Yevgeny Primakov.

It interviewed workers at a weapons factory outside Moscow. One said: "Apart from material losses, there is a loss of morale as well. When you feel that every thing you worked for over so many years is no longer needed."

If ever an example were needed of the clash between western-leaning liberalism and anti-western nationalism in Russia, this video was compulsory viewing. Before anyone knew it, the narrator had not only condemned Medvedev for stupidity, but accused him of being a traitor.

Much the same is said about two other Western icons, Yeltsin and Gorbachev. Both are thought in Russia to have surrendered strategic interests in the quest for detente. "Russia didn’t only lend its support to the voice of the international community. Medvedev tried to provide a more valuable service and it turned out to be treason,” the narrator said.

The video sounded the death knell for Medvedev’s career as an international statesman.

If there was any substance to the metaphor that Russia was ruled by two men on a tandem who swapped roles of prime minister and president at will - and many doubted it - Medvedev had well and truly fallen off the back of this vehicle now.

It was Libya in 2011, rather than the invasion of Iraq in 2003, that gave birth to the idea that Russian boots should be back on the ground  in the Middle East after decades of absence

Gaddafi's ignominious death was an object lesson to Putin. Russia’s president-turned-oligarch did not so much mourn the loss of an ally, as he did the loss of the billions of roubles in defence sales.

It was Libya in 2011, rather than the invasion of Iraq in 2003, that gave birth to the idea that Russian boots should be back on the ground in the Middle East after decades of absence. But Russia in the Middle East today is a different creature from the Soviet Union, which spent money with little thought of a commercial return.

Putin looks at the bottom line.

Obama’s refusal to get involved in the Syrian civil war provided the perfect opportunity for Putin to show his rival in the White House that he had lost his monopoly on the use of force on the world stage.

It should therefore come as no surprise that Russian forces have re-appeared in Libya, the scene of their former demise in 2011.

As they were in Ukraine and Syria, Russian mercenaries are deniable forces and can lose their lives in numbers with little or no domestic comeback, because they are not officially there.

A spokeswoman for the Russian Defence Ministry said there was little Russia could legally do to "prevent private Russian citizens from acting as bodyguards overseas".

In fact, as everyone in Russia and outside it knows, the Russian forces operating in Libya are special forces in everything but name.

They belong to the Wagner Group headed by Yevgeny Prigozhin, a former hotdog seller in Putin’s home city Leningrad, who became known as the president’s chef, running the lucrative catering contract for the Kremlin.

Wagner's presence, not just in Libya but in other parts of Africa, was revealed in June by a website run by another Russian oligarch, the exiled Mikhail Khodorkovsky. Documents and emails shared by Prigozhin’s staff outlined plans to put Russia back on the map in 13 African states from South Africa and Zimbabwe to Libya.

In October up to 35 of them were killed in an air strike on the outskirts of Tripoli. A month later Fathi Bashagha, Tripoli’s interior minister, accused Wagner group of reigniting Libya’s stalled civil war. "The Russians have intervened to pour fuel on the fire and enhance the crisis rather than finding a solution,” Bashagha told Bloomberg.

"The proof is their deployment of Wagner to Libya. They had sent it to Syria before, and central Africa, and wherever Wagner goes destruction happens.”

The New York Times reported the presence of Russian snipers on the frontline outside Tripoli using bullets that never exit the body and kill instantly.

One could be sanguine about the presence of Russian snipers outside Tripoli. You could argue Putin is only doing in Libya what other foreign states allow themselves to do.

If Libya has become an international military playground for French, Emirati, Egyptian special forces and aircraft backing Haftar on the one side and Turkish drones and armoured cars backing the government in Tripoli and Misrata militia on the other, why shouldn’t the Russians be there as well?

This list is not exhaustive. A recent UN report concluded that Sudan and Jordan are both providing Haftar with illegal military support.

Confirming a previous MEE report, a UN panel of experts said around 1000 troops belonging to the Sudanese Rapid Support Forces (RSF) run by Hemeti, the deputy chairman of Sudan’s ruling Sovereignty Council, were stationed at al-Jufrah, the airbase held by Haftar's Libyan National Army (LNA) that was recently bombed by Turkish drones.

So why not the Russians too?

If Syria is to be considered a template for Russian action, there is a cause for deep concern about what is going on in Libya. Before the Russian aerial bombardment came to his rescue, Syrian President Bashar al-Assad was losing to rebel forces and Damascus could have easily fallen.

The combined military weight of Iran and Hezbollah was not enough to help the Syrian army stop the territorial advance of an assortment of Syrian rebel forces fighting alongside groups linked to al-Qaeda.

Russian air power tilted the balance of the Syrian civil war. Haftar is stuck outside Tripoli, unable to capture it. Will Russia tip the balance of military power in Libya as it did in Syria?

If mercenaries of the Wagner Group are just the vanguard of a Russian military commitment, the same thing could happen in Libya on behalf of a self-styled field marshal with a long list of war crimes to answer for and who obviously is not supported by one half of the nation.

Libya would also pit Russian and Turkish forces directly against each other, and Moscow’s strategic relationship with Ankara, which the Russians find useful in pushing back America’s influence in the region, could also be threatened.

Above all, the Russian presence in Libya is not an investment in peace and compromise. It's an investment in war and destruction. It's one thing to push back against the Western-backed hegemony and intervention in the Middle East. It's quite another to repeat the same colonial mistakes yourself.