Russia-Ukraine war: US quest to preserve global hegemony could be its downfall

Marco Carnelos
Washington, London and some eastern European capitals seem determined to fight for Russia's collapse, down to the last Ukrainian soldier and European consumer 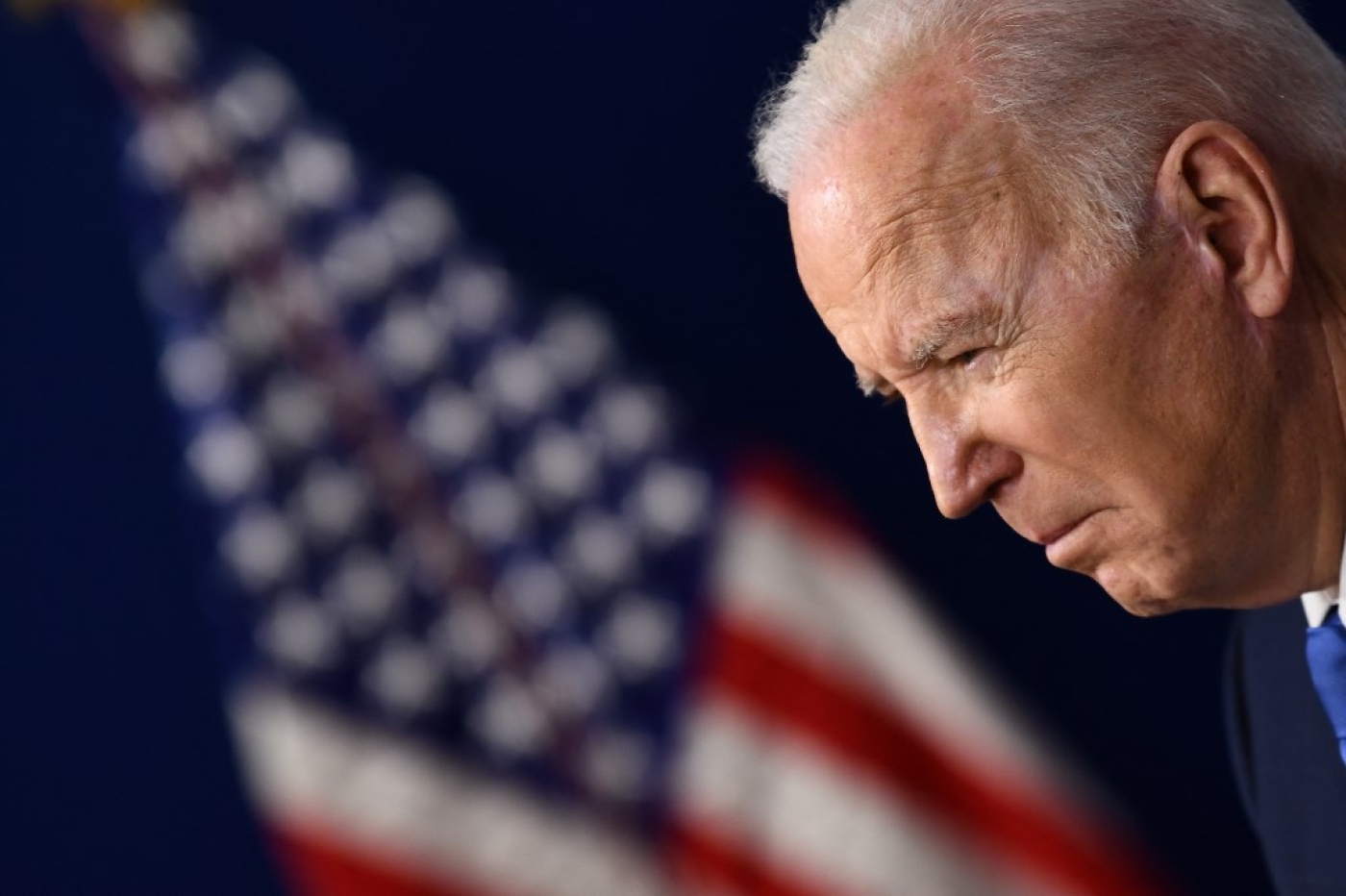 When the doyen of foreign policy gurus, Henry Kissinger, is hinting that Ukraine should cede territory to Russia to help end the invasion, you know in your stomach that the West is about to make another major mistake.

At the World Economic Forum in Davos, Kissinger also urged western countries not to seek an embarrassing defeat for Russia in Ukraine, warning it could endanger Europe’s long-term stability. He seems to be focused on Europe-Russia relations in the longer term, considering that for four centuries, Russia has been an essential part of Europe and a factor in re-establishing its balance.

Just 50 years after former US President Richard Nixon’s historic trip to China, Kissinger’s ultimate concern is to avoid driving Moscow into a permanent alliance with Beijing. It is too late for that.

As for the Russian economy, it is certainly suffering, but - contrary to what was confidently predicted months ago - it has not collapsed

In an ideal world, Kissinger’s solemn warnings would sound alarm bells, prompting European chancelleries - which have followed a script on the Russia-Ukraine war that was hastily drafted in Washington and London - to at least review their overall strategy. They could ask themselves what “winning” looks like for Ukraine, rather than simply accepting Ukraine’s contention that all Russian forces must be pushed back to the lines of 24 February, which appears increasingly unlikely.

Instead, the EU has just approved its sixth package of sanctions, agreeing to reduce Russian oil supplies in a last-minute compromise that barely conceals the cracks surfacing within European resoluteness.

Nevertheless, the Nato-EU-G7 triad officially continues to believe that Ukraine’s unexpected resistance and the West’s unity in helping it, along with unprecedented sanctions against Russia, will determine Kyiv’s victory and Moscow’s economic collapse. Their “strategists” say more time is needed, and the West should hold its nerve. Italy’s prime minister has said that sanctions will really bite this summer. We’ll see.

Meanwhile, facts on the ground show that Russia, after initial serious military blunders, is slowly obtaining the upper hand in Donbas, and even media in the West are starting to admit that the situation is getting complicated. Ukrainians are losing up to 100 soldiers a day.

As for the Russian economy, it is certainly suffering, but - contrary to what was confidently predicted months ago - it has not collapsed. In the words of the International Monetary Fund’s managing director, the conflict in Ukraine is subjecting the global economy to perhaps its “biggest test since the Second World War”.

At the World Economic Forum in Davos, the stage was carefully set to reinforce the Ukrainian message, which essentially expels Russia from the “civilised world”. Yet, it remains unclear as to how this perspective has been welcomed by the world’s top business leaders, who have gathered for decades in the Swiss luxury resort under the motto “make money, not war”.

Davos has been the temple where globalisation and interconnectedness are preached and celebrated. Should we now believe that its participants agree that the right move is to cut a global commodities powerhouse off from the rest of the world economy?

Has any reliable economic simulation been conducted to assess the global impact of such a decision? Probably not. Are we thus once again watching the US-led bloc of western democracies sleepwalking towards another miscalculation of unknown proportions - similar to what we saw in western and central Asia over the last two decades?

Just a month into the conflict and the collateral damage of sanctions, I wondered who would crash first: Russia or the global economy, due to the underestimated knock-on consequences. While the jury is still out on this, the economic data appear worrisome.

Supply chain disruptions, food and energy insecurity, unprecedented inflation, and a major stock market collapse: this is the menu on offer, after two dramatic years of the Covid-19 pandemic. Famine could spur new refugee flows from Africa and the Middle East, a prospect of great concern to the EU.

BRICS and the so-called Global South have shown no desire to join the sanctions against Russia. Could secondary sanctions against them be adopted to force them to change their minds? Does the Nato-EU-G7 triad really want to inflict upon the whole world the bankrupt blueprint it unsuccessfully applied to Iran over the last four decades? Russia-Ukraine war: The future of the world is being decided in Beijing
Read More »

Is the Davos crowd keen to move from a globalised and interconnected world to conflicting trading blocs, or even a global trade war? What would happen if, after Russia, the US goes after China, as Secretary of State Antony Blinken recently outlined in a comprehensive speech at the Asia Society?

American voters could soon be wondering why the Biden administration pushed Congress to approve, in a matter of months, $54bn in aid to Ukraine, while the US struggles to provide formula to its newborns amid soaring inflation. The Democratic Party risks being decimated in November’s midterm elections.

Nobody really knows what Washington’s endgame is in Ukraine. If it is Russia’s defeat, this sounds unrealistic. If it is denying President Vladimir Putin a sound victory, this is difficult to define. If it is creating facts on the ground to improve Kyiv’s negotiating leverage - as recently leaked US National Security Council documents indicate - this is possible, but with high costs and unpredictable outcomes.

The main problem is that the Nato-EU-G7 triad, in yet another moment of cognitive dissonance, has framed the war as an apocalyptic and existential struggle between democracy and autocracy.

BRICS and the Global South are not buying it, nor is the narrative fully shared among western public opinion. Contrary to the triad’s spin efforts, there is a growing feeling that the biggest threats to democracy are not China and Russia, but the western neoliberal model’s failure of governance and deep inequalities. Put simply, there have been broad inconsistencies between the words western democracies have uttered in recent decades, and the actions they have taken.

They ought to ask themselves what the US represents today; on what are they still placing their hopes?

Russia and China certainly represent a problem for the US-led rules-based world order. But this same order has progressively lost its credibility through endless wars and double standards, and by conveying the clear sense that such rules have always been valid for all but the US and its closest allies. The discourse about freedom and human rights sounds increasingly unconvincing when western allies violate it at will.

BRICS and the Global South are reluctant to accept that it is the West’s exclusive prerogative to make the rules around which a new world order is based. Unfortunately, US President Joe Biden and his close allies truly believe that this must be the case. In March, Biden said: “Now is a time when things are shifting. We’re going to - there’s going to be a new world order out there, and we’ve got to lead it.”

The bare truth is that Washington, regardless of its official rhetoric, rejects a multipolar world. It clings to its global hegemony, brazenly established by the so-called Wolfowitz Doctrine in the early 1990s. But in the last 30 years, the world has changed.

After the Trump era, European countries breathed a sigh of relief over Biden’s slogan, “America is back”. They ought to ask themselves what the US represents today; on what are they still placing their hopes?

One of the wisest American diplomats, Chas Freeman, recently noted: “[American] politics are polarised and dysfunctional, we are in a chronic fiscal deficit, our infrastructure is collapsing, our educational system is increasingly mediocre, our social fabric is fraying, our international prestige is declining, and we are more divided internally than at any time since our civil war. We appear to have achieved herd immunity to strategic reasoning.”

The topic of a possible new American civil war is no longer taboo. Judging from his claimed intentions of reforming his country, Biden might be good for the US; less so for the rest of the world. The facts, unfortunately, speak for themselves.

Having ignored caution and pushed for Nato’s eastward expansion, the US, through a process that has apparently been ongoing for the last eight years, has emboldened, supplied and effectively trained Ukraine’s armed forces. The net result was the failure of the Minsk II agreement, paving the way for the wretched and bloody Russian invasion.

The discomforting impression is that Washington, London and some eastern European capitals seem determined to fight for Russia’s collapse, down to the last Ukrainian soldier and European consumer. Washington has now even taken the escalatory measure of delivering long-range rockets to Ukraine, which could potentially allow it to strike Russian territory. Does this strategy really suit Europe’s interests?

Power at any cost

Washington also seems to be on a confrontation path with China. During a recent visit to Japan, Biden vowed to militarily defend Taiwan in the event of a Chinese threat. This is a guarantee that no US president has ever issued before, and one that undermines four decades of US-Chinese discourse on this delicate topic.

Blinken, in presenting the Biden administration’s strategy towards China, asserted that “even as President Putin’s war continues, we will remain focused on the most serious long-term challenge to the international order - and that’s posed by the People’s Republic of China”.

At the same time, the chances for a renewed nuclear deal with Iran appear to have almost disappeared. The US will not remove a symbolic listing of Iran’s Islamic Revolutionary Guard Corps from the State Department’s terrorist entities list, as requested by Tehran, even though the organisation would regardless still be sanctioned by the US Treasury. As a consequence, Iran could soon reach the nuclear threshold, with all the imaginable consequences.

The US seems determined to maintain its global hegemony at any cost, and to maintain or re-establish - on its own - the rules-based world order. This ambition may ultimately deliver its coup de grace. 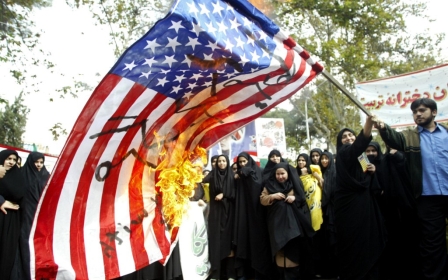