Saad al-Jabri: The Saudi who could bring down Mohammed bin Salman 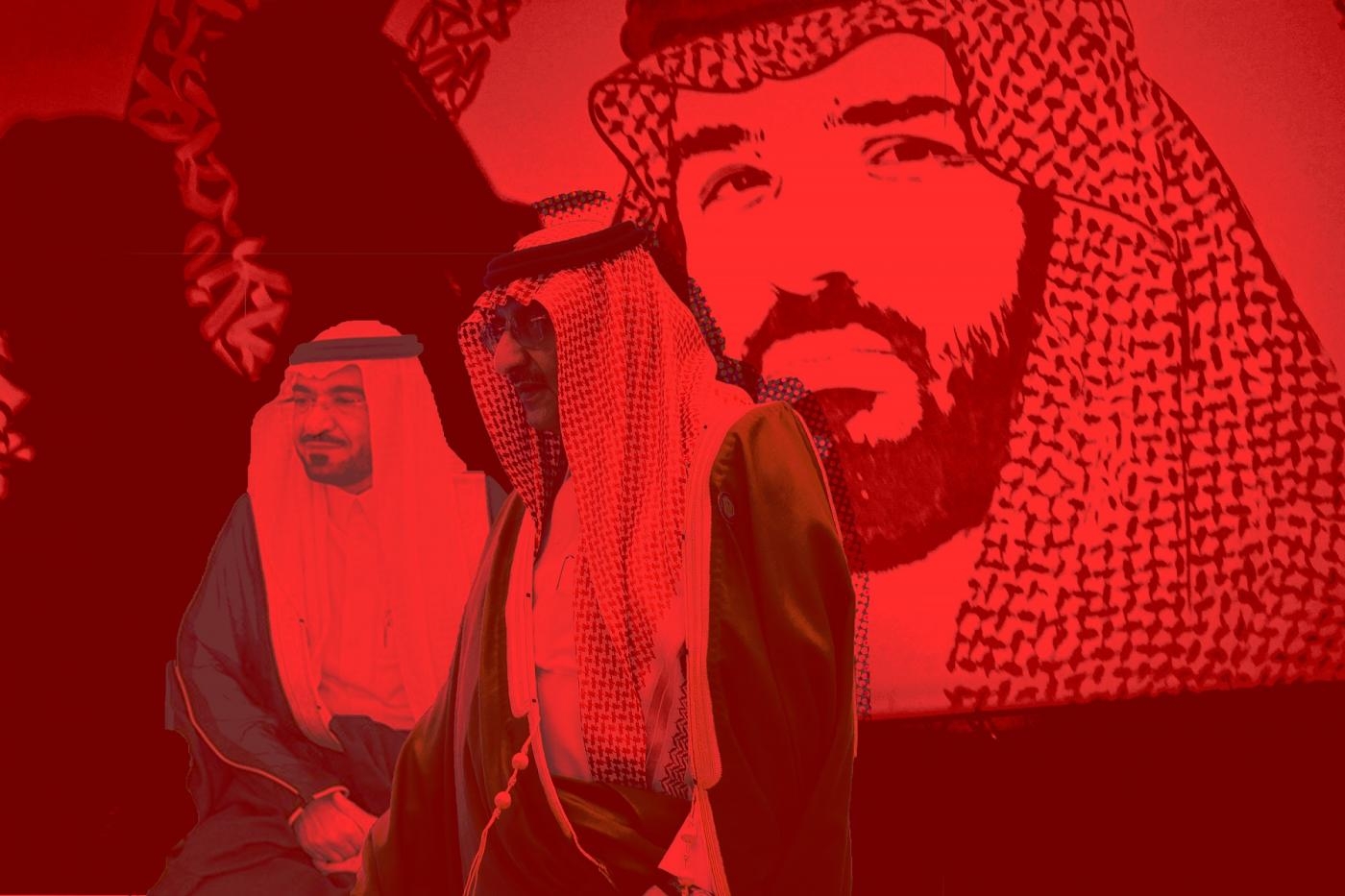 When Saudi Arabia’s best-known journalist disappeared inside the Saudi consulate in Istanbul on 2 October 2018, the West was initially reluctant to believe the leaks emanating from the Turkish presidency that Jamal Khashoggi had been murdered and his body butchered.

Other insiders have fallen foul of the regime. But unlike them, Jabri is willing to confront the regime full on

Casting doubt on the grisly details of Khashoggi’s murder, Gall wrote on 19 October that year: “No newspaper has actually obtained the audio [of the murder] or even listened to it, allowing the government not only to safeguard their provenance but also to maintain control over how much it reveals - and when.”

And why believe Turkish President Recep Tayyip Erdogan about the fate of a journalist? “The abiding irony of Mr. Khashoggi’s case is that, while pushing out details of the case to chosen outlets, Mr. Erdogan’s government has itself been openly hostile to independent journalists,” Gall wrote.

Targeted by the Tiger Squad

Four days before the Times cast doubt on the details of Khashoggi’s disappearance, we now know that a second murder crew from the Tiger Squad allegedly landed in Toronto - all 50 of them, including a forensics expert to wipe away the traces.

Their quarry was more dangerous to Saudi Crown Prince Mohammed bin Salman (MBS) than Khashoggi could ever have been. Saad al-Jabri was Prince Mohammed bin Nayef’s right-hand man at the Interior Ministry. He had the rank of minister. He knew all of his ministry’s embarrassing secrets, including that King Salman and his son allegedly dipped their hands into the ministry’s counterterrorism fund, to the tune of tens of millions of Saudi riyals a month.

This of course is only a fraction of King Salman's monthly earnings.  Jamal Khashoggi told me, on good authority, that the King's  monthly salary was 3 billion riyal or $800 million. These sums are staggering. No wonder the Saudi balance of payments is hurtling over a cliff edge. Jabri was, and indeed still is, an insider. After his stint as press officer to the former security minister, Khashoggi was no more than a well-connected journalist. But by then he was outside the Diwan, the royal court.

Other insiders have fallen foul of the regime. But unlike them, Jabri is willing to confront the regime full on.

This was not the case with Prince Ahmed bin Abdulaziz, Salman’s younger brother. Ahmed hinted at his unhappiness with the way the war in Yemen was being prosecuted, when he approached Yemeni and Bahraini protesters outside his house in London. But he went no further. Nor has bin Nayef said anything about the humiliation he has suffered; nor indeed have other princes stripped of their assets in the Ritz Carlton.

Then, they turned on his family. They refused permission for his children to travel, then they seized them. He still did not buckle. They planted a story in the Wall Street Journal saying billions of dollars of counterterrorism funds had gone missing under Jabri, and he was wanted back.

The New York Times’ scepticism about what the Turks had been saying about Khashoggi’s disappearance ended when Gina Haspel, the head of the CIA, arrived in Ankara to listen to an audio recording of the killing inside the consulate. According to my sources, the Turkish-speaking Haspel, a case officer hardened by the waterboarding scandal, wept when she heard Khashoggi’s death throes.

When the CIA came out unequivocally to say they believed that MBS directed the murder, Washington did a handbrake turn. It now emerges that one element in the CIA’s determination was Jabri himself.

The lawsuit confirms what Middle East Eye first revealed about the Tiger Squad, and Dania Akkad’s reporting about Jabri himself. But it adds more details, including the allegation that the Tiger Squad was set up as MBS’s personal assassination squad after Jabri refused a request from MBS to use the secret forces within the interior ministry, then controlled by Jabri and bin Nayef, to extradite a Saudi prince living in Europe. The prince had criticised MBS’s father, King Salman, on social media.

We also know that MBS is alleged to have secretly encouraged Russian President Vladimir Putin to intervene in Syria, despite Saudi Arabia’s public support for the rebels. This also explains why MBS’s mentor, Abu Dhabi Crown Prince Mohammed bin Zayed, later paid Syrian President Bashar al-Assad to break the ceasefire in Idlib to make trouble for the Turks.

The double-dealing in Syria, and indeed Libya, is all about countering Saudi Arabia’s and the UAE’s principal regional rival, Turkey. They care not a jot for Syria or Libya.

These are details. The big picture that Jabri reveals is this: the power battle that started when Jabri’s boss, bin Nayef, was ousted from his position as crown prince and then disgraced as a drug addict three years ago, is still not over.

Khashoggi's ghost refused to lie low, and Jabri is determined to stop the killer from enjoying the spoils of power

MBS, who took bin Nayef’s post, has never since managed to secure victory, and with it, legitimacy. This is why he has been so concerned with eliminating everyone close to bin Nayef - first Khashoggi, and now Jabri.

According to the lawsuit, before MBS made his move on bin Nayef, he consulted US presidential adviser Jared Kushner. Jabri himself was removed as a minister after MBS got wind of the fact that Jabri had met former CIA director John Brennan twice and raised the call MBS made to Putin about Syria.

Jabri left the country when his disgraced boss started a lobbying campaign in Washington, and Jabri was told by the CIA that he was now a target.

Haspel and the CIA are not staying on the sidelines of the open war between Jabri and the crown prince. Jabri goes out of his way to say in his lawsuit that he and the CIA are close to each other. Very close.

“Few alive have had a closer partnership with the U.S. intelligence and security apparatus … than Dr. Saad,” the lawsuit states. “Through decades of close cooperation with senior U.S. officials on counterterrorism projects while serving the Saudi government, Dr. Saad came to be a trusted partner whose information and counsel was sought before making life-and-death decisions about U.S. national security.”

And few alive, he alleges, have more dirt about MBS than he. Indeed, if he were to die, he has left instructions that tapes he has recorded will be published. It’s his life insurance policy.

Unusually, Jabri is being backed publicly. A State Department spokesman told MEE on Friday: “Saad al-Jabri was a valued partner to the United States on countering terrorism. Saad’s work with the United States helped save American and Saudi lives. Many US government officials, both current and former, know and respect Saad.”

These statements of official US support for a Saudi dissident matter. They are even more relevant, if, as the polls indicate, we are in the twilight months of Donald Trump’s presidency. His likely successor, Joe Biden, has said he would punish Saudi leaders for Khashoggi’s killing, end arms sales, and make them the “pariah that they are”.

At the very least, this means that if and when Trump goes, the CIA and the State Department will regain their former purchase on the foreign policy decisions of the White House. A chill wind will then blow through MBS’s palace in Riyadh, even if by then, he has made himself king.

The future boy king’s only hope to avoid catastrophe is a Trump win. If Trump loses, almost everything around Trump crashes with it. MBS would be fortunate indeed to survive, because whatever else he does, he needs US military support. This is not something that can be swapped overnight for Putin’s support or China’s.

The battle that MBS started when he ousted bin Nayef three years ago is not over. MBS might have thought that he buried bin Nayef at home, but he did not succeed in severing the latter’s connections to the US security establishment. They are rearing their heads once more in favour of Jabri, his family, and bin Nayef, who is languishing in prison.

Jabri is locked in a fight to the finish with MBS. Even now, after numerous attempts to silence him, MBS is still sending agents to Toronto to finish the job. Jabri is now under protection by “heavily armed” officers of the Royal Canadian Mounted Police, as well as private guards, the Globe and Mail reported.

What would MBS do if Jabri were invited to testify before Congress, even in closed session, and begin revealing the crimes of the next king to them? Senators on both sides of the political divide have already begun urging Trump to secure the freedom of Jabri’s children.

Khashoggi’s ghost refused to lie low, and Jabri is determined to stop the killer from enjoying the spoils of power. All of this leads to one conclusion: MBS is now facing the biggest external challenge to his bid to seize the crown. 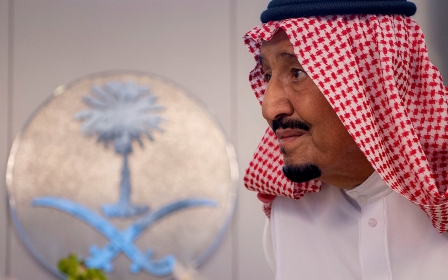