9/11 attacks: The end of an imperial narrative

Hamid Dabashi
We need to remember and reactivate a history outside the framework of 9/11. But is this even possible? 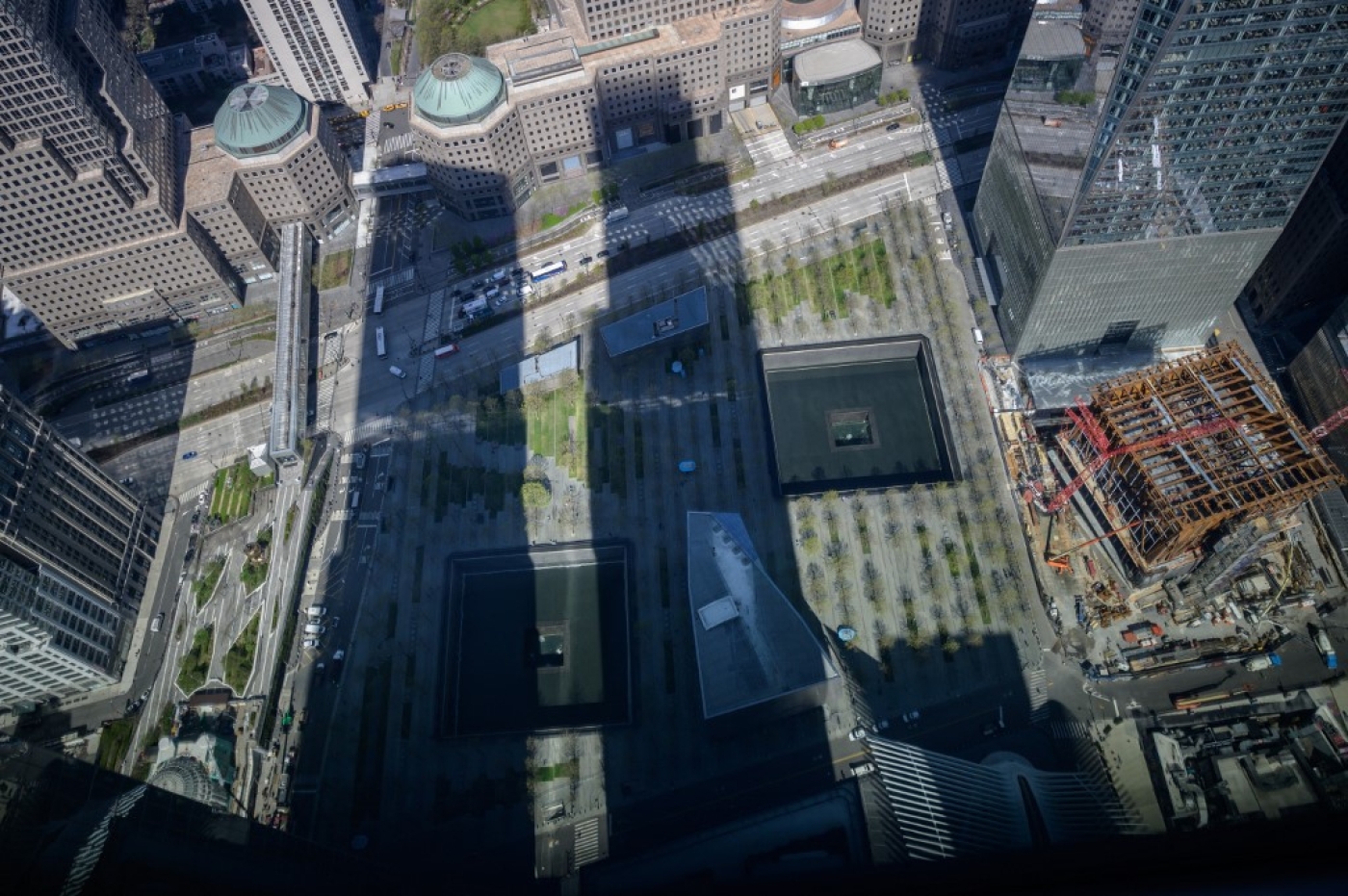 Why and how did “9/11” become such a globally iconic signifier? We are now approaching the 20th anniversary of this talismanic number. It is frozen. It does not move, regress, progress, blink. It just stands there, like the Great Sphinx of Giza.

The clocks stopped ticking on 9/11. It has become a sign, like the crucifix for Christians, the red traffic light for motorists, the dollar sign for the global economy, hammer and sickle for communists, hashtag for Twitter, MAGA for the Trump cult.

In the face of the talismanic fetish of 9/11, all we can hope is to safely deposit it in a suitable museum in Washington

In the face of the talismanic fetish of 9/11, all we can hope is to safely deposit it in a suitable museum in Washington. The rest of the world must start learning how to use it as a full stop at the end of a long, bloody two decades of war and mayhem. We need to reverse engineer it; remember and reactivate a history minus 9/11. But is this even possible?

Far more important than reflecting on what has happened over the past 20 years, we need to ask why this particular number became so dominant in our critical imagination. What has it done to our abilities to reflect on the history of our world before and after 9/11?

On 11 September 2001, a gang of 19 hijackers, including 15 Saudis, grabbed hold of four aeroplanes and crashed them into the iconic Twin Towers in New York and the Pentagon in Washington. A related mission was aborted when the hijackers were overpowered by passengers and the plane crashed over Pennsylvania. Close to 3,000 people died on 9/11, and thousands more were injured.

These attacks were a cowardly act of suicidal spectacle, which set the stage for the US invasion and occupation of Afghanistan and Iraq. A shadowy organisation called al-Qaeda was linked to the attacks, but the retaliatory operations that followed were far-reaching strategic engagements that radically redefined the US military presence in the region.

The significance given to “9/11” in the subsequent 20 years has been as disproportionate and distorting of our political history as the enormity of the military operations it occasioned. How many buildings have been bombed and destroyed before and after that fateful day around the world? How many buildings and their inhabitants have been bombed in Afghanistan, Iraq, Syria, Libya, Somalia, Palestine, and so on?

The question is not why this particular incident has received so much attention at the expense of all other atrocities. The question is: what has the inordinate attention to the events of 9/11 done to our historical consciousness? It has Americanised our critical awareness of the world, which began and ended on 9/11. History was suspended on an American imperial clock. Can we reset the world clock and rethink our world history?

Afghanistan is integral to a vast and ancient Persian civilisation. Iraq is the very birthplace of our human history. Today, the world sees and understands them as a site of retaliation against “9/11”. This is a cruel joke played on our historical consciousness.

The imperial imposition of 9/11 as an iconic date overwhelmed history around the world, particularly from Afghanistan to Iraq and their regional neighbours. Events such as the Soviet invasion of Afghanistan, the Iranian Revolution and the Iran-Iraq war were far more important in regional histories before the events of 9/11 superimposed an imperial narrative that we all had to internalise.

Indeed, “9/11” is the iconic marker of an imperial narrative. For US history, it has become a landmark similar to Pearl Harbor -  when “the Homeland” was invaded. For the world at large, the events of “9/11” have been superimposed on every other crucial event before and after it.

The task at hand is to retrieve the critical consciousness that gives the events of 9/11 the limited importance they demand. The US invasions of Afghanistan and Iraq have had calamitous consequences, but they must be incorporated into the larger framework of regional and global histories.

The 1979 Iranian revolution shook the political foundations of the entire region before militant Islamists used the 1979-81 hostage crisis and the devastating 1980-88 Iran-Iraq war to divert its revolutionary potential into theocratic tyranny. The Soviet invasion and occupation of Afghanistan during the crucial decade of 1979-89 provided the US with an opportunity to help create the Taliban to perform a dual mission: combat the Soviets and pose a Sunni Wahhabi front against the Iranian Revolution, aggressively characterised as a Shia revolution.

The arming and encouragement of Saddam Hussein to invade Iran performed a similar task from the western side. Saddam’s waging of war against Iran under the banner of Arab nationalism turned the Iranian revolution into a Persian menace. Meanwhile, the Israeli invasion of Lebanon in 1982 provided the ruling regime in Iran with a foothold in Lebanon and led to the creation of Hezbollah.

The magic potion of “9/11” has eradicated these crucial facts. We need to retrieve them.

The US invasions of Afghanistan in 2001 and Iraq in 2003 were ostensibly in retaliation for the events of 9/11, but in fact, they simply expanded upon the agenda of the two previous US administrations through the neoconservative fanaticism that informed George W Bush’s presidency.

We must now remember and recast the two crucial regional events that have morally, imaginatively and epistemically overcome the imperial superimposition of “9/11”. Iran’s Green Movement of 2009-10, and the Arab Spring that erupted in 2011 in the larger region, significantly shifted these imperial politics. US and Russian interventions were key factors in turning the counterrevolutionary forces of Syria, Saudi Arabia, Egypt and the UAE against the revolutionary momentum, which in turn fuelled the barbaric rise of the Islamic State.

If we bracket “9/11”, we see the revolutionary uprising in Iran and the intifada in Palestine as paving the way for the Green Movement and the Arab Spring. The US and Israel have been the main obstacles, bolstering nativist and tyrannical regimes in the region.

The suppression of Kurdish revolutionary aspirations in Turkey, Iraq, Syria and Iran has remained constant. Regional powers, such as Iran, Saudi Arabia, Egypt and Syria have survived by playing soft and hard ball with Russia, while China increasingly dominates economically.

The world has allowed the events and the iconic crescendo of “9/11” to overwhelm and distort the far more crucial events of the last two decades in the region. Now that US military forces have withdrawn from Afghanistan to recast their imperial power, the crucial task of historians and critical thinkers will be to overcome that talismanic number and begin to rethink the region. 9/11 Attacks
Afghanistan: US defeat stems from its ruinous response to 9/11 attacks
Peter Oborne