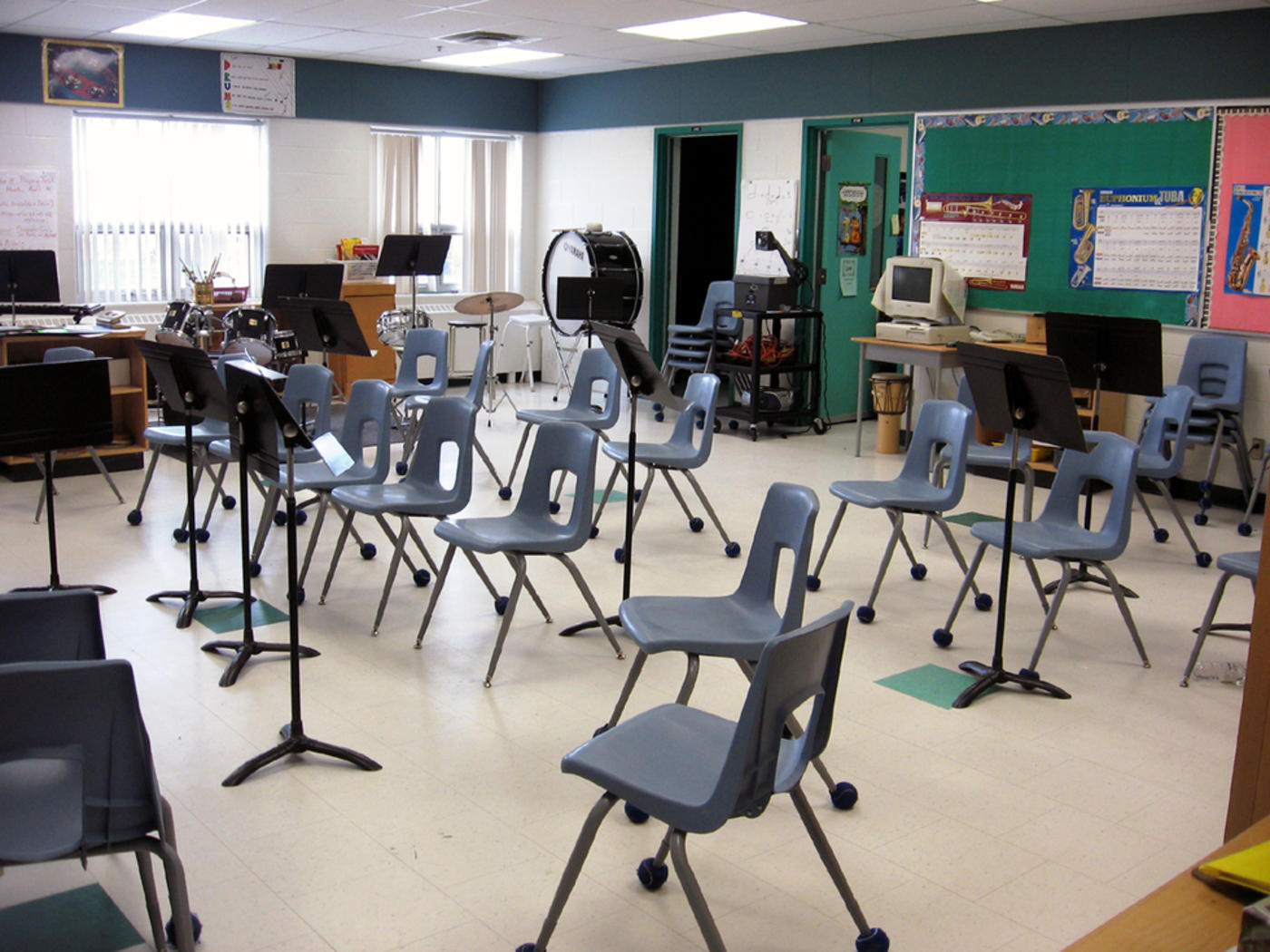 “My kids cannot participate in music or drama, that’s for sure,” said Mohammad Nouman Dasu, a Toronto Muslim parent who wants to withdraw his children from such classes at a public school. The controversy attracted national attention after the Globe and Mail reported the story earlier this month.

Here they go again. Muslims just don't give up on trying to change Canadian values - at least that’s the impression left by some commentators who have attacked Dasu’s choice.

Many have labelled him “narrow-minded,” “backward,” “absurd,” or “extremist”. One only needs to ask how many practices of others - religious or otherwise - cannot be labelled as such by outside observers. Contrary to many parents, I for one think allowing children into the boxing ring or football field is absurd and not in the best interest of the child, given the proven risk of concussion.

Sadly, many Canadian Muslims are also quick to speak out against this man's right to practice his religion according to his sincerely held beliefs. Understandably, they are worried about the potential backlash. Several have written and spoken out against him. Indeed, they need to be seen as "moderate," promoting a more palatable version of Islam.

Like the niqab and prayer spaces in school, the issue brings to the fore once again questions about the limits of accommodation in a liberal multicultural society.

Personally, I think it’s a bad idea for parents to prevent exposure to music, which is central to proper human development. I am, of course, entitled to my views, and I am free to teach this to my children.

Dasu is not alone. At one point, more than 130 parents signed his “Petition for Accommodation of Religious Beliefs of Muslim Students”. Indeed, music is a highly contentious issue for many Muslims. I remember growing up believing that it was a sin, especially music involving instruments.

In fact, pop star Cat Stevens gave up instrumental music when he converted to Islam because of several traditions attributed to the Prophet Muhammad. It took him more than two decades to go back. Even “Islamic” music has evolved from voice only (nasheeds) to tracks including instruments. Much of this was on display in Canada at MuslimFest in August.

Music is seen by some scholars as haram (prohibited). Others believe it is mubah (neutral), depending on the context and purpose. And by still others it is seen as wrong but as something that should be compromised on in the context under discussion - a two-way dance of accommodation.

Spirit of the law

What does our law say? Well, in the public school context, both the Canadian Charter of Rights and Freedoms and human rights legislation are relevant.

First, in the Canadian context, religion is what an individual sincerely believes, not what religious leaders or even the majority say it is. The Supreme Court of Canada has held that it is enough to demonstrate an individual's religious belief and that the practice is connected to this belief, though practices sanctioned or required by religious authorities are also protected.

The reasoning was consistent with the desire to ensure that the state should not be placed in the position to determine which religious practices are authentic or not. Courts need only establish that religious claims are made in good faith and not feigned.

Second, the concept of “reasonable accommodation” - an adjustment made in a system to make it fair for an individual based on a proven need that is legally protected - may be relevant to looking at the situation with both the charter and human rights legislation.

As others have noted, Supreme Court Charter cases have set a precedent that the “reasonable accommodation” concept should be used in public schools if that's what a parent wants. It is also relevant, of course, in the human rights arena when assessing whether an entity has the duty to accommodate to the point of “undue hardship".

“Unfortunately we can’t offer exemptions because we are required to teach the Ontario curriculum,” said Toronto District School Board spokesperson Ryan Bird. The school says it offered to allow Dusa's children to write about the history of Islamic songs or to clap along without active participation. Both would violate the teachings of this particular version of orthodoxy.

Dasu claims he decided to withdraw his kids only after his proposed alternatives – library hours or volunteer duties - were rejected. He is not interested in imposing his views. He seeks to shield his kids from something he considers dangerous for them. Interestingly, we see less public outrage when parents deny their children vaccinations.

Parents must ask whether they really want others to dictate everything when it comes to their children. I agree with the Supreme Court that others should not intervene provided there is no harm to the children - such as when the state's legitimate interest in public safety, public health, or an array of other public interest grounds are not a factor.

Today it is mandatory music, tomorrow it may be removal of the hijab, next it will be his beard and eventually it will be simply "schools know best".

Indeed, in the context of religion, new atheists have already even been harping on about the dangers of parents indoctrinating children with religious “superstitions”.

The government may know what’s best for children in some contexts, but parents do so in others. Indeed, Article 26(3) of the Universal Declaration of Human Rights states: “Parents have a prior right to choose the kind of education that shall be given to their children.”

Children are not mere creatures of the state. Those who brought them into this world are responsible for and nurture them, and must also have the right to influence and prepare them for life.

Just because the decision of a parent is not agreeable to the majority of people, responsibility must not automatically be transferred wholly to the state.