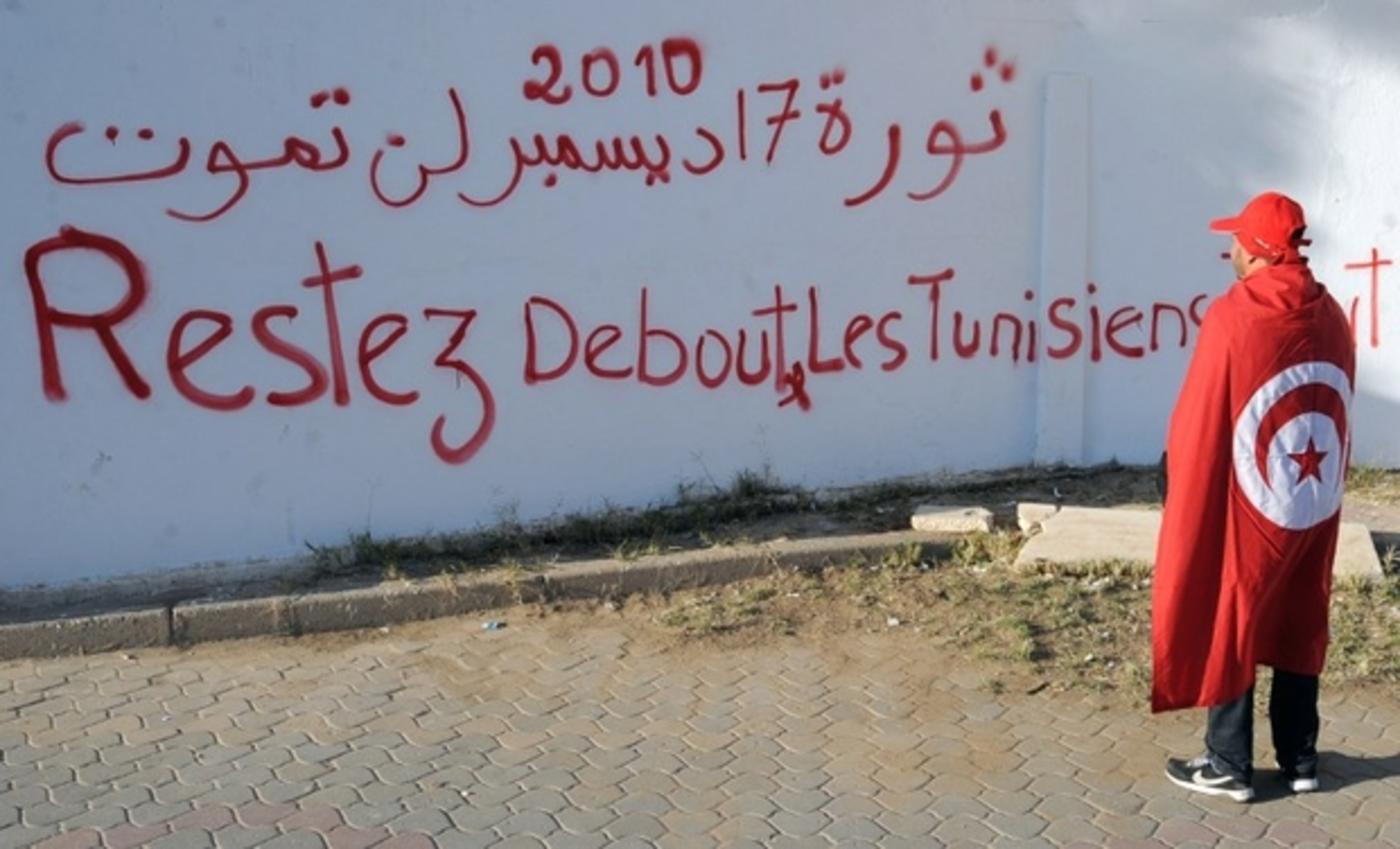 The recent move by the UAE to ban all Tunisian women, without exception, from travelling on Emirates Airlines was only the latest in a consistent policy the country has single-mindedly pursued towards Tunisia since the successful overthrow of the Ben Ali regime in January 2011.

Needless to say, this absurd decision is a huge insult to Tunisian women and a violation of the dignity of the Tunisian people as a whole.

What is the aim behind preventing all Tunisian women (including babies and children) from boarding any Emirates flights, even if only in transit, as was the case in Dubai, Beirut and other airports?

How can it possibly be justified to separate wives from their husbands and daughters from their fathers, and to prevent them from travelling on Emirates flights as we saw in Tunis Carthage airport, a procedure that is unprecedented in the history of international air navigation?

The implicit message sent by this decision is that every Tunisian woman is a suspected criminal and that Emirates Airlines is doing Tunisian women and men a favour if they allow them to board their planes.

All the signs indicate that the UAE has become openly hostile to Tunisia. What was previously hidden from Tunisian and Arab public opinion and known only to the political class is now crystal clear to all.

The rulers of Abu Dhabi saw the overthrow of the Ben Ali regime by the Tunisian people as an unforgivable sin, by virtue of the special relationship the regime's leaders had forged with the club of Arab tyranny, from Ben Ali to Mubarak, Ali Abdullah Saleh of Yemen and others.

What angered the Emiratis was that the Tunisian revolution sent a message of hope to the Arab street that change was possible through civil and peaceful protest. It stripped away the thin facade of omnipotence portrayed by Arab tyrannical regimes and laid bare their fundamental fragility.

What has further provoked the ire of Abu Dhabi's rulers is the linking of the Arab revolutions, starting with Tunisia's, with the idea of ​​democracy and all that it offers - free and fair elections, open political competition between parties and political blocs, the existence of free parliaments, and governments that are constrained by the rule of law and the constitution.

The UAE regards these democratic developments as a direct threat to its security, and a disaster that it cannot tolerate

Tunisian foreign policy has traditionally tended to be neutral and to avoid conflicts and clashes with neighbouring Arab states. Tunisians have repeatedly emphasised that their revolution was a national uprising to address domestic problems and not an experience that they seek to export.

Nevertheless, the Abu Dhabi leadership has remained insistent on punishing Tunisians for the sin of revolution and democratisation, determined to sabotage their democratic transition through all means possible.

The Gulf-led counter-revolutions in several countries across the region, from Egypt to Tunisia to Yemen, Libya and Syria, spared no effort in order to confirm the utility and effectiveness of tyranny in the Arab world.

All possible means were employed to provoke conflicts and tensions in the post-revolution period in order to show to the world the validity of their narrative - that democracy and the post-Tunisian revolution era are synonymous with chaos, insecurity and economic decline.

For example, in Tunisia, the UAE moved on two interconnected fronts. First, they acted to cultivate political crises in Tunisia and sow the seeds of internal strife by deepening polarisation and undermining the foundations of stability and coexistence among Tunisians.

Abu Dhabi planned on replicating Egypt's coup in Tunisia in new ways, by spreading chaos and undermining the nascent democracy. It spared no effort to provoke conflict and strife among Tunisian political forces in order to provoke tensions in the difficult transition after Ben Ali's departure.

Tunisians succeeded in avoiding the abyss of conflict that they had almost reached in 2013 with great difficulty and through political consensus.

When this paved the way for the continuation of the arduous democratic transition, the Emiratis moved the battleground, provoking conflicts within parties and between the political blocs themselves.

The UAE has set as its top priority the overthrow of the Tunisian experience of consensus-building in order to undermine political stability and abort the country's democratic experiment.

The aim is simple - to send a message to world powers that democracy is not suitable for Arabs and is no alternative to the existing tyrannical regimes that impose security and stability and protect the interests of these powers.

In order to understand the nature of the UAE's role in Tunisia and the region in general, it is enough to follow the statements of Abu Dhabi's allies here in Tunisia and to read their political programmes, which are filled with hatred and the determination to eradicate their opponents.

Given the relative homogeneity of Tunisian society and the lack of religious and ethnic divisions that could be exploited, Abu Dhabi's proxies focused on stirring up ideological conflict, especially against the democratic Islamic movement.

The second front in the Emirati plan centred on the media, using their financial muscle to influence numerous media outlets. Emirati media and research outlets, critical of Tunisia's democratic process, encouraged a number of Tunisian journalists, prominent figures, and intellectuals to share this criticism.

It used these to spread a narrative of despair and hopelessness among Tunisians, nostalgia for the former regime and regret for the crime of having undertaken a revolution.

Similar policies were pursued in neighbouring Libya and Yemen where UAE-Saudi-led alliance intervened to save Ali Abdullah Saleh from the revolution launched by the youth of Yemen. Before that, we also had their efforts to revive the Mubarak regime and restore his men to power.

The UAE has become a danger to itself and to the entire Arab region due to this abhorrent policy pursued by its rulers.

It has executed this policy in total harmony with Israel's strategy in the region and in constant coordination with extreme right-wing lobbies and Zionist groups in the United States and Europe, who believe that the Arab nations are backward and unruly and can only be controlled by violent bullies, such as Sisi, Libya's Khalifa Hafter and others.

This deadly game has become costly not only for the people of the region, but also for the Emirates.

But who can convince the country’s rulers to end their dangerous meddling in the interests of the region and stop gambling with the fate of its people?

Democracy and the Arab axis of tyranny
Read More »

On the seventh anniversary of the Tunisian revolution, Tunisian women and men are determined that Abu Dhabi's interference and intrigues will only increase our determination to keep the flame of our revolution alive for all to see. This flame alone has saved us from the abyss of humiliation, oppression and fear.

We will defend our pioneering democratic experience and spare no effort to consolidate it against the regimes of decadence and despotism. We will not go backwards, no matter how many agents you recruit, petrodollars you spend, and schemes you concoct.

- Soumaya Ghannoushi is a British Tunisian writer and expert in Middle East politics. Follow her on Twitter: @SMGhannoushi

Photo: A Tunisian man draped in the national flag reads graffiti written in French, "Stay standing Tunisians", along Mohammed Bouazizi Avenue, in the impoverished central town of Sidi Bouzid, on 16 December 2013, where the self-immolation of a 26-year-old street vendor in December 2010 led to the uprising that forced veteran president Zine El Abidine Ben Ali to flee the country (AFP) Gulf Tensions
What the UAE fears most: Democracy
David Hearst 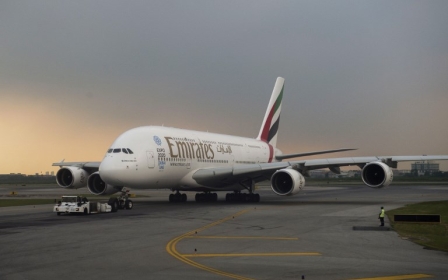