What will come of Sudan's power-sharing agreement?

Osama Abuzaid
The deal could represent a realisation of popular dreams, or the beginning of a fresh battle The 5 July power-sharing deal between Sudan’s Transitional Military Council and the opposition Forces of Freedom and Change (FFC) alliance has been ushered in with a muted atmosphere.

Disappointment and disagreements have become the norm in Khartoum, as caution prevails over the terms governing transitional rule in the country, three months after the ousting of former president Omar al-Bashir.

This month’s deal was born out of a cumulative process of non-violent resistance in the streets of Sudan - but where the country goes from here remains uncertain.

Under the deal, the transitional government will consist of three authorities: a sovereign council, a council of ministers and a legislative council. The sovereign council will include five military members, five civilians, and one more civilian to be agreed upon by both sides, and will be headed on a rotational basis.

Headed by a prime minister, the 20-member cabinet is to be nominated by the FFC. The interior and defence ministers will be appointed by the military members of the sovereign council, while the prime minister will be selected by the FFC. Establishment of the legislative council is expected to take place within three months.

It was simultaneously agreed that an independent investigative committee would probe the crimes committed during the violent dispersal of a sit-in last month, in which dozens of protesters were killed.

But many challenges remain ahead, from trust and procedural issues, to managing the economy. The military council’s previous suspension of Sudan’s 2005 constitution presents a major obstacle; while the legislative council, when established, may propose an interim constitutional declaration to fill this void, such declarations are normally subject to a vote.

Furthermore, the composition of the sovereign council could give the military a majority if the agreed-upon eleventh member is a retired militant or an ally, raising a potential power imbalance that could spur disagreements on a variety of critical issues, including the provision of internet service.

Meanwhile, a draft of the constitutional declaration, which might be signed on Friday and will determine the powers and functions of the sovereign council, includes a clause providing absolute immunity to sovereign council members against prosecution and civil liability. This obstructs the FFC’s quest for justice, as military council members could never be challenged in court - even though the council was in charge when Sudanese forces rounded up and inflicted mass violence on protesters on 3 June, killing more than 100.

The FFC is facing mounting pressure not to comply with unnecessary conditions, as the Sudanese Professionals Association this week posted a request urging resistance forces to be prepared for the battles still to come.

The recent history of the two sides sharing power - the protesters and the forces who repressed them through violence, detentions and a media war - shows how much effort it will take to rebuild trust. On 7 July, interim leader General Abdel Fattah al-Burhan delivered a speech in which he reached out to the public, confirming that the Sudanese people have reshaped history, marking a potential turning point in this relationship. 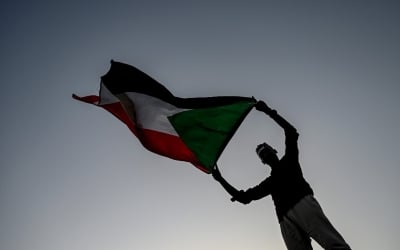 At the same time, members of the FFC have been holding public meetings to explain the new agreement, while cancelling marches and strikes that had been planned for this month.

Yet conflicting issues have even appeared within the signed agreement. The FFC says that two-thirds of the legislative council seats must be for alliance members, while the remaining third would be for parties that did not sign the Declaration of Freedom and Change earlier this year. The military council, however, has previously said that it reserved the right to revise these percentages. If not approached carefully, this could ultimately kill the deal.

Historically, the military has rarely handed power over to civilians in Sudan - but history could be reshaped with a firm commitment from both sides, solidified not just through reassuring speeches, but through tangible actions and democratic practices.

Counter-revolutionary forces will always exist, and the postponement of the legislative council formation for up to three months poses a significant threat. In addition, militia forces need to be included in talks to avoid future calamities; some militias, including the Sudan Liberation Movement, have expressed disappointment over the agreement, calling it “a betrayal of the revolution”.

The protesters also lack a uniform stance on justice and corruption issues, threatening to ignite a new fire if transitional justice does not go far enough. Legal entities must be independent in order to achieve comprehensive justice. Journalists must be given more space to assist in transparency and the flow of information. They should be able to deliver constructive criticisms without being subject to unwarranted interrogation or detention.

The new government will also have to grapple with pre-existing issues, including Sudan’s fuel shortage, liquidity crunch, scarcity of basic medications and unstable commodities prices.

Caution, uncertainty and fluidity remain distinctive features of Sudan’s state of play, as antagonistic forces transform into allies. The country’s current vulnerability requires a political will that places people’s aspirations front and centre. This is the only way to avoid sliding deeper into chaos.

Osama Abuzaid
Osama Abuzaid is researcher of development and governance issues based in Khartoum. Currently, he works at CEDEJ as an associate researcher and programme coordinator of grant assistance for Grassroots and Human Security Projects (GGP). He Has been teaching development management and governance-related issues at the University of Medical Sciences and Technology (UMST), and took part in various UN agencies and NGOs' projects. 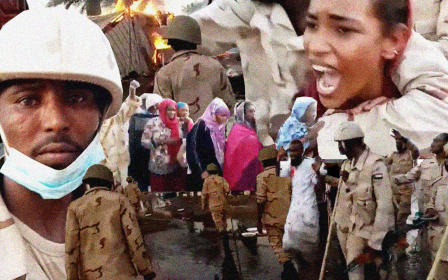