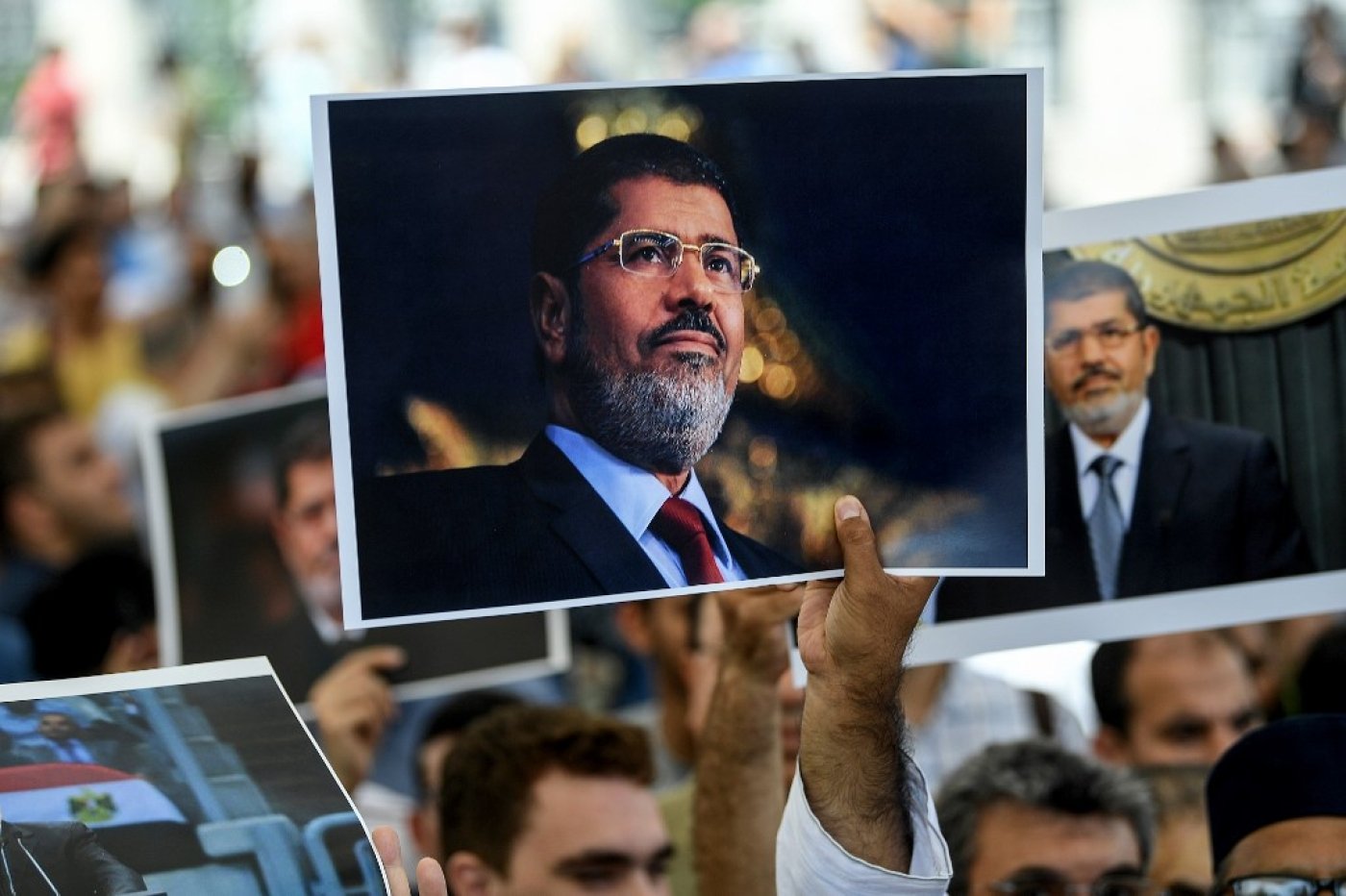 Egypt’s first democratically elected president met an end as dramatic as his one and only year in power.

The date alone on which it happened is significant. Mohamed Morsi died on 17 June, seven years to the day from the second round of his presidential election.

For all of his time in prison, Morsi was held in solitary confinement. He was allowed only three visits from his family in nearly six years. The state had ample opportunity to kill off a diabetic who suffered from high blood pressure in private, but if they wanted to convince the Egyptian people that their former president was dead, the job would have to be done in public, which is what Monday’s events were all about.

We will never know the truth. Morsi’s nemesis, the man he handpicked to lead the army and who went on to depose him, Abdel Fattah al-Sisi, will never allow for an international investigation. Egypt is ruled by a pharaoh as absolute and cruel as any in its long history.

But even if Morsi died of natural causes, who are the people responsible before the court of history?

Morsi rotted in jail, forgotten by all but a handful of human rights advocates, who found themselves screaming into an empty room

How easy and convenient it would be to place all the blame for Morsi’s death on Sisi himself. How useful it is for Western leaders to shrug their shoulders and say, in true Orientalist fashion, that a regime such as Sisi’s is business as usual in a “rough neighbourhood”.

Another variation on the same theme was former US President Barack Obama’s private reaction to the massacre at Rabaa Square in the weeks following the military coup. He reportedly told aides that the US could not help Egypt if Egyptians kill each other. That comment alone explains why the West is in decay: Obama’s reaction to the worst massacre since Tiananmen Square was to go back to his game of golf.

Morsi was held in solitary confinement for nearly six years. How many times in that period did Western leaders put pressure on Sisi to get access to him? None.

When State Department aides attempted to convince the former secretary of state, John Kerry, of the need to pressure Sisi to allow the Red Cross access to detainees in prison, Kerry rounded on him: “Give me a policy the Egyptians will not scream at me for,” a source with knowledge of the incident later told me.

How many high-profile visits was Sisi allowed to make during the period of Morsi’s detention? He was feted on the international stage all over the world. France flogged him Mistral class warships. Germany flogged him submarines.

In Sharm el-Sheikh this year, Sisi was allowed to play host to world leaders from the EU and Arab League, purporting to uphold the world order. Far from taking lectures on human rights at the summit, Sisi gave them. Talking of the spike this year in executions, he told European leaders that executing detainees was part of “our humanity”, which is different from “your [European] humanity”. 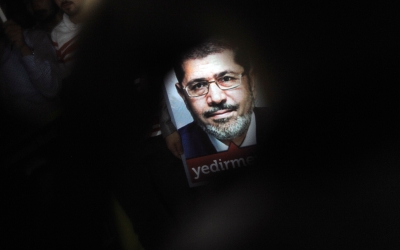 “The global rules-based order is clearly under threat,” opined European Council President Donald Tusk. “We have agreed here in Sharm el-Sheikh that both sides will work together to defend it. Multilateral solutions remain the best way to address threats to international peace and security.”

What, Mr Tusk, has Sisi to do with the “rules-based” order? Who are you kidding?

The Egyptian president stands above the law - beyond elections and parliament, out of any legal reach, or indeed that of the constitution. All of these are his playthings; soft wax in his hands. He will rule for as long as he lives, as absolutely as anyone in Egypt or the Middle East.

Morsi rotted in jail, forgotten by all but a handful of human rights advocates, who found themselves screaming into an empty room. The world moved on and forgot all about the man to whom they had briefly flocked.

With the arrival of US President Donald Trump, Sisi’s suppression of his political opponents was not simply sidelined; it was lauded. Asked if he backed the efforts to allow Sisi to stay in power for another 15 years, Trump said: “I think he’s doing a great job. I don’t know about the effort, I can just tell you he is doing a great job ... great president.”

So who is responsible for Morsi’s death? Look around you. They call themselves the leaders of the free world.

Morsi did not die in vain, although it may seem like that today. I and my fellow journalist Patrick Kingsley were the last journalists to interview him, just a week before his ouster. Morsi struck me as a good man in the middle of events that were rapidly sliding out of his control. Even the palace in which we filmed him was not his main seat of power, from which he and his staff had been moved earlier. Power was slipping from his grasp, even as he proclaimed to me that he had absolute faith in the army.

He was better one-on-one than in public. He could communicate privately far better than he did publicly.

His speeches often failed to be understood, but he made two important ones during his time as president. The first was the day he was sworn in as president. Morsi wanted to be sworn in, in Tahrir Square, in front of the revolution that had brought him to power. He was told that it had to be in front of the Constitutional Court, packed full of the deep state, with members who vowed by hook or by crook to oppose him.

In the end, in true Morsi fashion, he was sworn in twice - once before the court and the deep state, the other before the Egyptian people in Tahrir Square.

What he said in Tahrir Square is worth repeating. “People of Egypt, you are the source of the authority. You give it to whoever you want and deny it from whoever you want,” Morsi said.

And he meant it. This is closely based on a verse in the Quran, which says that God gives glory to whomever he wants, and he takes it away from whomever he wants. But here was an Islamist telling the people that they were sovereign.

“I want to safeguard the girls. They will be future mothers who will teach their children that their fathers and forefathers
were truly men who do not succumb to injustice and who never go along with the opinions of the corrupt and who would never give up
on their homeland or their legitimacy.

Which is exactly what happened. The revolution was stolen by more than just the army, which was never going to allow a Muslim Brotherhood president to continue. It was stolen by Cairo’s elite class of liberals, who decried Morsi as an Islamist dictator. It was stolen by the politicians who lied that Morsi had seized all power for himself and was incapable of sharing it.

He vowed to his end never to recognise the military coup that overthrew him, and he stayed true to his word

As we know now, both journalist Hamdeen Sabahi and politician Ayman Nour were offered high posts by Morsi. Nour was told to form his cabinet as he wanted. It’s ironic that Morsi told Nour he had to include one post - that of Sisi as minister of defence. They did not say it then. They admit it now.

We also know now, from the participants themselves, that Tamarod, the grassroots movement founded to register opposition to Morsi, was a creation of military intelligence.

This is not to absolve the Brotherhood of responsibility for what happened. A Muslim Brotherhood president was in all probability doomed from the start. There were many points in which the Brotherhood abandoned Tahrir Square for the warm, treacherous embrace of the army. They made huge misjudgements, but those misjudgements were not, in and of themselves, the cause of what was to follow.

Morsi himself was an honest man and a true democrat. For much of the year he was in power, he was not in control, caught up in a maelstrom that became too big for him. Who is responsible for Morsi’s death? We all are. There will only be two forces that profit from his death: Sisi and the military regime around him, and the Islamic State (IS) group, which “wished him hell and the worst of states”.

Morsi devoted his life to a people who abandoned him. If Sayyid Qutb before him became a hero for Islamists, both the Brotherhood and al-Qaeda, Morsi’s legacy will be a democratic one.

Morsi quoted a poem  before his collapse :

The man now feted on social media as the “martyr president” will enjoy a status in death that he never achieved in life. He vowed to his end never to recognise the military coup that overthrew him, and he stayed true to his word. That is Morsi’s legacy, and it is an important one.