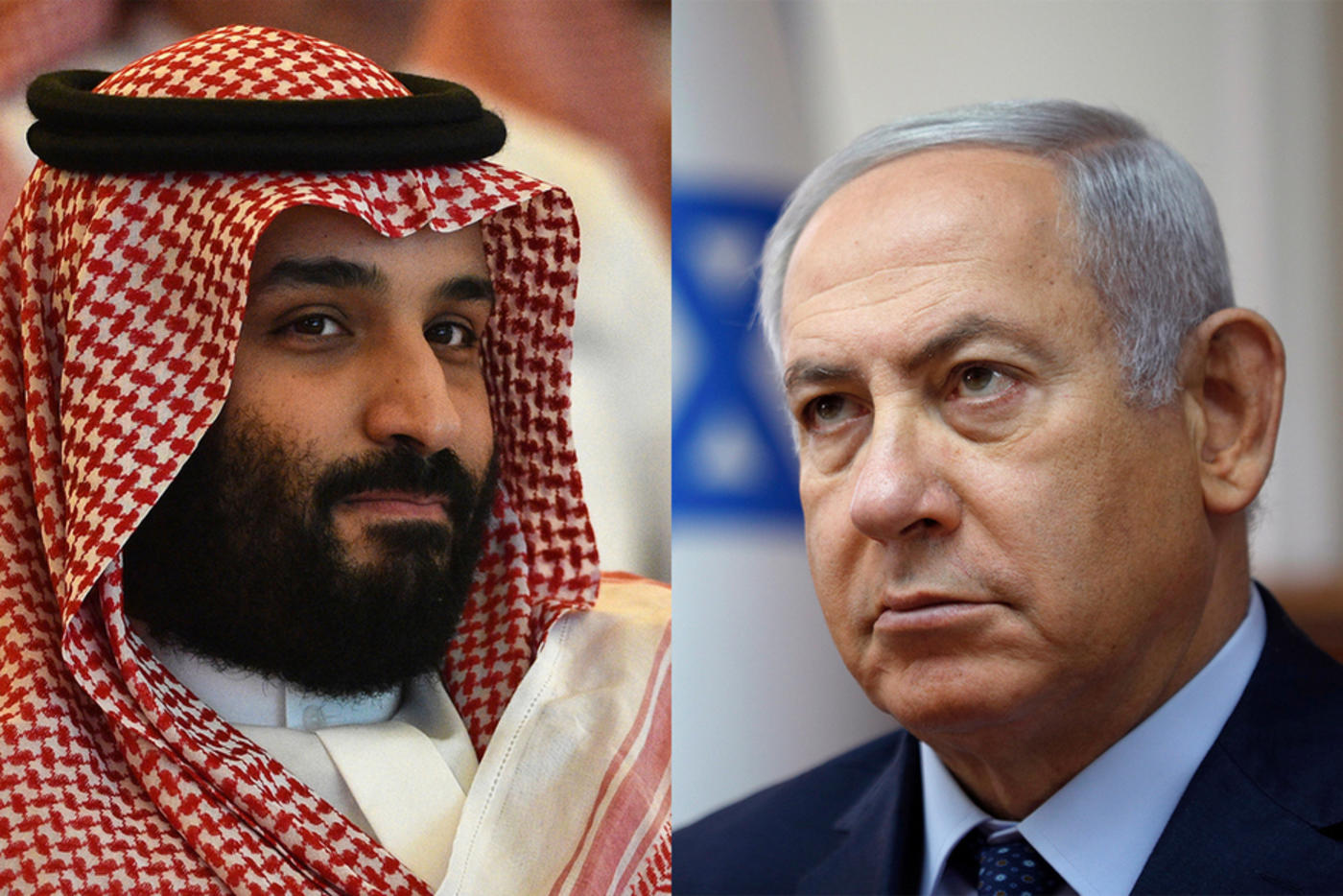 For the past month, while governments and media outlet around the world sounded a drumbeat of shock and dismay over the murder of Saudi journalist Jamal Khashoggi, all that could be heard on the subject from Israel was the sound of crickets. Israeli columnist Ben Caspit said his country's leadership was avoiding the subject "like the plague".

It appears no Israeli politician wants to say anything for fear of offending that country's latest Arab bromantic partner, Crown Prince Mohammed bin Salman. Bin Salman, according to many analysts, would have had to have ordered the murder of a figure as prominent as Khashoggi.

Then on Friday Israeli Prime Minister Benjamin Netanyahu finally gave his view on the Khashoggi case, saying it had to be "dealt with" but not at the cost of the stability of Saudi Arabia and the fight against Iran.

"What happened in the Istanbul consulate was horrendous and it should be duly dealt with," he said. "Yet at the same time it is very important, for the stability of the world and the region, that Saudi Arabia remain stable."

MBS: the linchpin of Trump deal

MBS, as he's known, is the key Arab linchpin of the Trump-Netanyahu deal of the century, which is supposed to finally resolve the Israel-Palestine conflict. The details of the delayed proposal, which Trump and his Middle East appointees continue to promote, has been widely reported in various media outlets. Leaked parts of the deal, many analysts say, suggest it is highly favourable to Israeli interests and largely disregards Palestinian rights.

Despite the one-sided nature of the plan, MBS has dutifully attempted to sell it to the Palestinian leadership. In a command performance, in which the Saudi crown prince summoned Palestinian Authority President Mahmoud Abbas to his royal palace, MBS told a reluctant Abbas that if he didn't acquiesce, he should resign. The implication was that the Saudis would find another Palestinian leader who would agree to such a deal.

So far, Abbas has resisted this Saudi offer and not lost his head - or his job. Later, King Salman even reasserted the Saudi commitment to a deal which offered Palestinians a state within 1967 borders, which the new Trump plan eschewed.

A peace agreement that is favourable to the Israelis is something that comes along once in a lifetime. So, Netanyahu realises that stepping into the Khashoggi imbroglio is the last thing he wants to do. If there is even a slight chance the Saudi prince can come through, he doesn't want to upset this apple cart.

There are also huge economic interests at stake. As a result of the warming of relations among Israel and the various Gulf states, Israeli military and surveillance firms have signed contracts worth billions. Planes filled with consultants, trainers, weapons and sophisticated surveillance gear make weekly trips between Tel Aviv and Gulf capitals.

Tens of Israelis are posted to these Gulf outposts to install and train their local clients in their use. The salaries they earn are highly lucrative compared to what they might earn in similar jobs at home. For the Israeli military-intelligence industry, this is a goose laying hundreds of golden eggs on a regular basis.

However, perhaps the most crucial mutual interest shared by Netanyahu and MBS is their hatred of Iran.

Behind the scenes, Israel continues to side with Saudi Arabia. As such, it has no choice but to "overlook" the Khashoggi incident. "The fight against Iran stunts everything else," one senior Israeli minister told Al-Monitor on condition of anonymity.

"Israel’s national security and the Iranian threat top our agenda, whereas Saudi Arabia's internal affairs are less important and less interesting [to Israel] right now." This view was echoed by Netanyahu on Friday, who explicitly stated that Khashoggi's murder was less important than "blocking Iran".

The rapprochement between Israel and Saudi Arabia that has gathered speed over the past few years is fuelled by the reginal rivalry between Iran and Saudi Arabia; and Israel's hostility to the perceived Iranian encroachment on its territorial spheres of interest in Syria, Lebanon and Gaza.

Israel's proclivity to excuse the mayhem committed at the Saudi embassy in Istanbul is also fuelled by an intense, long-standing enmity toward Turkey's Erdogan, which dates back to Israel's slaughter of 10 Turkish citizens on the Mavi Marmara in 2010.

It took years for Israel to negotiate a resolution to this conflict in which it apologised for the deaths and paid families of the victims $20m. Though diplomatic relations were restored, the relationship has never been as close as it had been previously.

Netanyahu also wants to benefit from the rivalry between Turkey, which is ruled by the Islamist AKP Party, and the Saudis. Turkey supported the Muslim Brotherhood after the movement won democratic elections in Egypt. The Saudis despise the Brotherhood as a threat to their form of dynastic rule.

PM Netanyahu: What happened in the Istanbul consulate was horrendous and it should be duly dealt with. Yet the same time I say it, it is very important for the stability of the world, for the region and for the world, that Saudi Arabia remain stable.

Erdogan is playing this scandal like a violin. He is doing so both to repair the international standing he lost when he crushed a coup and imposed draconian counter-measures which saw tens of thousands of Turks imprisoned and fired from their jobs. He is also drawing out the scandal in order to bring the Saudis down a peg in the regional power hierarchy.

Thus, Israel's leader wants to do nothing to burnish Erdogan's reputation in the midst of this contest between the two Sunni states.

There is also an underlying, unspoken realisation on the part of the Israelis that their Mossad runs its own assassination squads throughout the Middle East and beyond. It has killed not only Arab enemies and foreigners helping them, but it has also killed its own citizens.

Israel cannot afford to denounce any nation for killing its enemies for fear the world will only be reminded that it does the same. Not to mention, that some of these killing operations failed as spectacularly as the one that brought about Khashoggi's murder.

Finally, though Israel refuses publicly to condemn the murder of the Saudi journalist, privately it's engaged in an apologia for the Saudis' murderous behaviour.

Other Middle East leaders have come to the crown prince's defence. In recent days, Egyptian President Abdel Fattah el-Sisi and Netanyahu have reached out to the Trump administration to express support for the crown prince, arguing that he is an important strategic partner in the region, said people familiar with the calls.

It appears highly likely that Netanyahu is defending MBS as part of an orchestrated campaign on the Saudi's behalf. Such a move makes Israel a defender of an act of state-sponsored terror. But this shouldn't be very surprising considering that Israel is one of the world's foremost practitioners of the art.