The story of the nativity: Who were the three wise men?

The iconic figures play a central part in the Christmas story, but few can agree on who they were or where exactly they came from 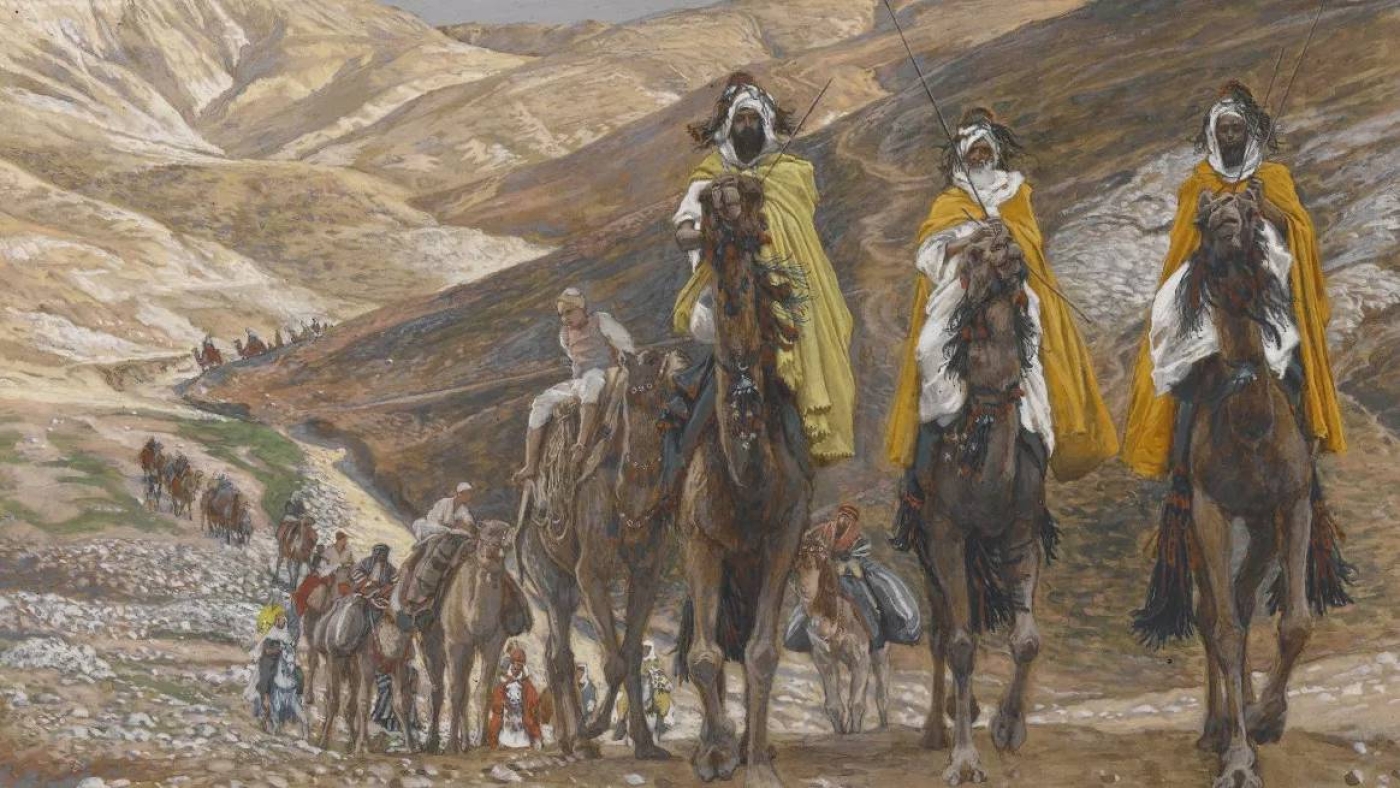 In the western Christian version of the nativity story, three men from distant lands cross the deserts guided by the “Star of Bethlehem”, bearing gifts for the newly born Jesus.

The “three kings”, as they are today known, are an important part of Christian iconography, and are still remembered in prayers.

For example, the 12th day after Christmas is known as the “Epiphany”, or “Three Kings Day”, to mark their arrival in Bethlehem and the revelation that the saviour had arrived in the form of Jesus.

The event is mentioned in the New Testament’s Gospel of Matthew, which states:

“After Jesus was born in Bethlehem in Judea, during the time of King Herod, magi from the east came to Jerusalem and asked, ‘Where is the one who has been born king of the Jews?

“We saw his star in the east, we observed his star at its rising, and have come to worship him, to pay homage to him’.”

The Herod here is the infamous Judaean king and Roman vassal of biblical lore, who orders the killing of infant boys born around Bethlehem after dreaming that the Jewish messiah had arrived.

While the historicity of the Herod “Massacre of the Innocents” is generally considered by academics to be a literary device, a King Herod did in fact exist.

Less is certain about the identities of the “magi” mentioned in the Bible.

Who were the magi?

In Farsi, the word magi comes from the word maga, meaning "to be great, magnanimous, liberal, generous", virtues that the famed magi appeared to display by taking their journey to Bethlehem.

It could also be derived from the Latin word magice, which means sorcery, or the Greek word magos, which is also the root word for magic and magician.

But the ancient magi were not considered to be alchemists or magicians but men of wisdom and priestly status, who were likely to be followers of the Zoroastrian faith, skilled in the art of dream interpretation.

Herodotus, the ancient Greek historian, who lived more than 400 years before Christ, writes in Histories that the magi were one of the original six tribes of the Medes, who lived in the land of Media, spanning parts of modern-day Iran and Turkey.

The magi are also referred to in the Old Testament in the Book of Daniel, named for a Jewish prophet who lived between 620 and 538 BCE and was known for his skill in dream interpretation.

Daniel was taken from Jerusalem into exile in Babylon in 606 BCE by the Babylonian King Nebuchadnezzar, who put Daniel in charge of his astrologers, priests and diviners, a role he remained in after the Persian King Darius conquered Mesopotamia.

According to the Bible, Daniel becomes the “chief of the magi”, a collective term used for both the Zoroastrian priestly class, as well as other “wise men”.

It is here that some scholars suggest the prophecy of a “Jewish messiah” becomes known among the peoples of the east, as communicated by Daniel.

The identities of the magi who ultimately visit Jesus six centuries later is a subject of debate among Christians, with churches unable to even agree on the number of magi; with western churches settling on three and other traditions suggesting there were as many as 12.

Western rites name the magi as Balthasar, Melchior, and Gaspar, respectively kings of Arabia or Ethiopia, Persia and India.

But given the lack of historical records to suggest such individuals existed, there has opened up a field of speculation about who the Bible could be referring to.

Dwight Longenecker, a Catholic priest and author, suggests the magi from the east were astrologers and counsellors from the court of the Nabatean king in Petra (modern-day Jordan).

Another, less popular theory, suggests they arrived from Yemen, a region where there were gold mines and boswellia and commiphora trees; the same trees used to produce frankincense and myrrh, explaining the gifts the men carried in the Christian tradition.

Beyond the identity of the wise men, their gifts are also believed to hold symbolic value.

The gold represents wealth and power and is interpreted as a sign of Jesus’s high divine status.

Frankincense was used as incense in ritual worship and represents divinity, while myrrh was used as a painkiller and in embalming the dead. Theorists suggest the latter symbolised mortality and suffering; motifs that would become important in the later life of Jesus.

Michael Molnar, in his work The Star of Bethlehem: the Legacy of the Magi, states that the star of Bethlehem had its origins in an actual astronomical event and was actually Jupiter, appearing as a morning star.

Accordingly, he dates the nativity event to April in the year six BCE, with the journey that the magi took lasting way over 12 days and instead running into a months-long trip.

By the second century, the magi had started to be referred to as kings, which may have been a way to disassociate the magi from the study of stars, considered heretical in early Christianity, or with any misconception connecting them to sorcery or magic, again forbidden in the religion.

Debates on who these men referred to in the Bible were, and whether they even existed, have continued for centuries

By the fourth century, an unnamed Syrian writer had named the three magi and placed them in different kingdoms; Hormizdah was the King of Persia, Yazdegerd the King of Saba and Perozadh the King of Sheba.

Syriac Christians in turn had their own names for the revered three: Larvandad, Gushnasaph and Hormisdas. Orthodox Ethiopian Christians would name them Hor, Karsudan and Basanater. The Armenians knew them as Kagpha, Badadakharida and Badadilma.

It wasn't until the sixth century that the Excerpta Latina Barbari - written in Alexandria - named the three Bithisarea, Melichior and Gathaspa. It was these names that later became Balthasar, Melchior and Gaspar in the western world.

Debates on who these men referred to in the Bible were, and whether they even existed, have continued for centuries and seem likely not to be concluded anytime soon.

But the fact that they appear in one of the most widely narrated stories in the world means that they will continue to intrigue both the Christian faithful and academics alike for years to come. 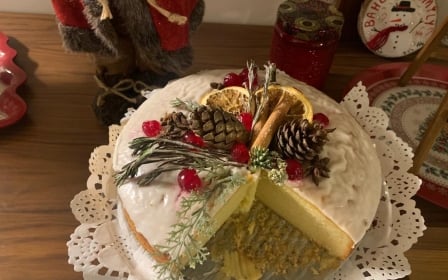 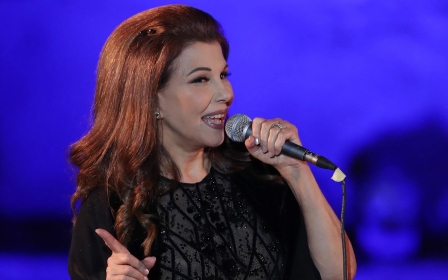 Christmas
Wistful yet festive: Five Arabic Christmas songs to groove out to this year 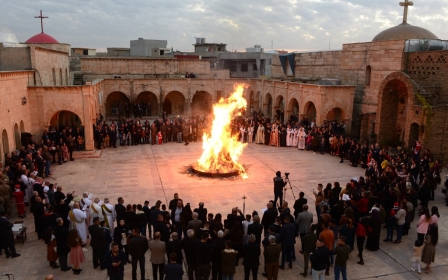