Posidonia oceanica: The sea plant protecting life in and around the Mediterranean

The versatile sea plant, also known as Neptune grass, is the bedrock of the Mediterranean ecosystem - but human activity has put it under grave threat 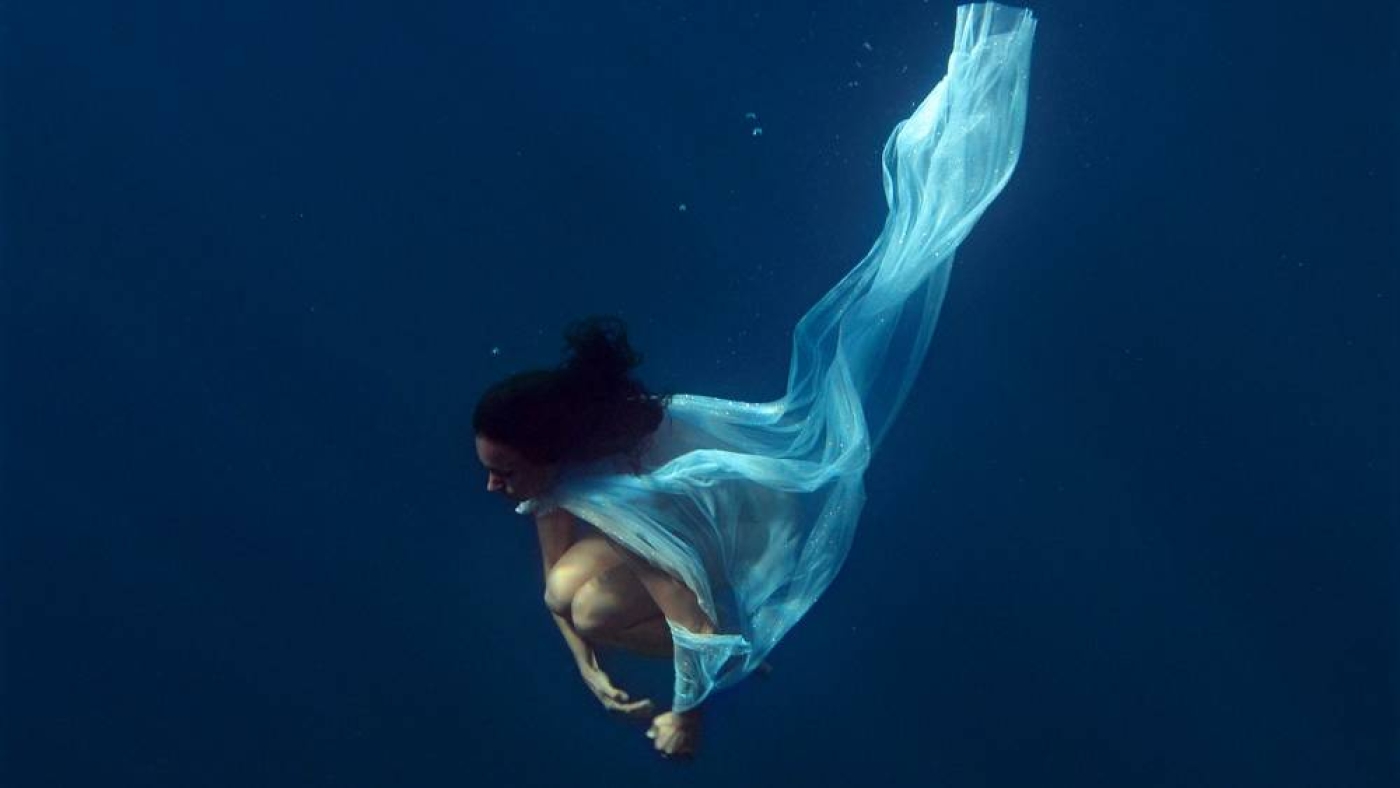 At the bottom of the Mediterranean off the North African coast is a looming ecological crisis no less severe in its consequences than the felling of rainforests.

Seagrass, of the species posidonia oceanica, which is also called Mediterranean tapeweed or Neptune grass, is fast declining; a cause for concern given the plant captures carbon dioxide and produces oxygen in a greater amount per square metre than the Amazon rainforest.

Put simply, appearing in 30 to 120 centimetre-long bunches and covering swathes of the sea bed, the plant effectively acts as the lungs of the Mediterranean Sea.

Its importance can sometimes be a little difficult to appreciate, especially when it is found washed up on Mediterranean beaches in the winter.

When it does end up on shore, it is often considered an inconvenience to the curated look of tourist sites, rather than appreciated as a “green gold” contributing to a unique beach-dune system that protects the coastlines.

The meadows formed by the plant constitute a habitat for fragile species, such as the seahorse (hippocampus ramulosus) and giant mussel, which are now hard to find.

Mediterranean tapeweed may also be one of the oldest living species. In some instances, the age of a meadow could be more than 80,000 years old.

The plant is named after the Ancient Greek god of the sea, Poseidon - known to the Romans as Neptune - who in mythology not only unleashed storms, floods, earthquakes and other diasters, but also protected sailors and their ships.

For Mediterranean cultures deeply shaped by seafaring traditions and maritime commerce, the animist embodiment of the sea in a major god like Poseidon was only natural. The sea was the source of their livelihood and prosperity, and Poseidon's divine aura resonated far across non-Greek traditions.

Posidonia oceanica, therefore, is imbued with a symbolism that speaks to great mythical floods, submerged dreams of eternity, and mysteries of wonderful creatures, such as mermaids.

Such cultural symbols associated with the plant continue to inspire artists today.

The Spanish conceptual artist Miguel Soler-Roig first met the plant in 1978, in Ibiza. A fisherman told him about a plant previously unknown to him, which the artist had seen on a beach by the Bay of San Antonio on the island's south coast.

Soler-Roig explored the island’s depths in Atlantis & Posidonia (2018), a mystical series that revisits the mesmerising shores of Es Vedra, a magnetic rock island off Ibiza once believed to be a refuge for sirens and the birthplace of Carthaginian deity Tanit.

A posidonia oceanica forest links the islands of Ibiza and Formentera, the artist says. Other accounts say this long meadow, now under threat from oil drilling, over-construction on the shoreline, pollution and climate change, has stretched between the two islands for over 100,000 years, blessing them both with perfect turquoise seas.

In Soler-Roig's Posidonia Deep Dance (2018), a woman gracefully embodies the plant, symbolically mimicking its natural undulations. In the work, posidonia oceanica is a breathing idee fixe, a poetic language, and a portal to ancient legends that bind the Mediterranean region together.

But even as artists meditate on its symbolism, the fate of the plant that features on coastal seabeds across the Mediterranean is becoming more uncertain.

In 2017, the Mediterranean Wetlands Initiative (MedWet), a 30-year-old regional inter-governmental network, estimated that posidonia oceanica covered around 25 percent of the coastline’s seabed between zero and 40 metres deep, from the Strait of Gibraltar to the Sea of Marmara. Yet this number used to be greater.

A 2015 study stated that during the past 50 years there has been a 34 percent decline or degradation in the plant's distribution area. The situation is likely to have worsened since. This is significant given that 50 to 80 percent of our oxygen comes from organisms living in oceans and seas.

The plant is a Mediterranean-wide gift under peril. A national workshop organised in Turkey acknowledged for the first time in 2013 the importance of the protected plant and its preservation, as well as the need for a plan to safeguard its survival.

It is in Tunisia that the seagrass's future is most worrisome. There, the marine plant is a major source of income for coastal communities. Tunisian marine biologist Yassine Ramzi Sghaier estimates that posidonia oceanica directly contributes to the livelihoods of 150,000 people in the fisheries sector, and many others in tourism.

Tourism, linked to employment and foreign reserves, accounted for eight percent of Tunisia’s GDP in 2019.

Tunisia, a country which pre-pandemic attracted 9.5 million tourists, is largely known for its pristine beaches, from the island of Djerba to the resort town of Hammamet.

Its attractiveness relies on the super-plant, given that it slows coastal erosion and gives beaches the appearance tourists look for. But pollution, aggressive fishing techniques, and a lack of awareness, seriously threaten the seagrass.

In the Gulf of Gabes, large phosphate factories often discharge waste directly into the sea, without preliminary treatment. A 2016 study showed a concentration of toxic metals such as cadmium, copper, lead, nickel and zinc in posidonia oceanica leaves off Tunisia’s Port El Kantaoui. The plant is therefore an irreplaceable biological and environmental monitoring indicator of water quality.

Tunisia's phosphate production, an important component to the manufacturing of fertilisers, doubled in the first quarter of 2022, compared with the previous year. The Gulf of Monastir is also under threat of pollution with wastewater treatment plant transforming the area into a “triangle of death”, according to the local population.

This comes amid broader trends threatening the Mediterranean region. According to the International Union for the Conservation of Nature (IUCN), the body of water is on its way to becoming a sea of plastic. An equivalent of 500 shipping containers worth of plastic are leaked into it every year, amounting to over 200,000 tonnes.

It is a danger to human health and marine life, with projections estimating that the volume of plastic polluting the sea could double by 2040. Posidonia oceanica can help to trap plastic but it can only do so much in the absence of human collective responsibility.

Further threats to the plant and other marine organisms comes in the form unregulated and accelerated coastal development, as well as trawling nets and anchors that rack the bottom of the sea. These behaviours contribute to the loss of posidonia oceanica meadows and precipitate larger marine imbalances.

“It’s forbidden to anchor, all the boats will be fined if they do,” said Soler-Roig of the protected marine area of Formentera and its 7,600 hectares of meadow.

The island, which enforces regulations, has also launched a Save Posidonia Project as part of a wider effort to preserve the site and promote sustainable tourism.

One solution to preserve seagrass coverage from high traffic on the sea during the high touristic season and aggressive seabed sweeping could be for eco-anchoring (for instance, the “Harmony” anchor) and eco-mooring options to become more widespread.

Eco-mooring and eco-anchoring work differently than traditional methods as they seek to avoid making direct contact with endangered species, notably stepping away from the use of sweeping chains and heavy materials.

Marine ecologist Rym Zakhama-Sraieb, from the Faculty of Science of the University of Tunis, says that posidonia oceanica covers around 10,000 square kms along Tunisia’s coastline, placing the country’s meadows among the largest of the Mediterranean basin.

Zakhama-Sraieb is concerned about the disappearance of the plant she has been studying and researching for years. International commitments exist, such as the Bern Convention (1979) and the EU’s Council Directive 92/43/EEC on the conservation of natural habitats and of wild fauna and flora.

And in Tunisia, at least 12 existing and planned protected marine areas include identified and protected posidonia oceanica meadows. “But it’s a long road,” Zakhama-Sraieb says.

To reverse today’s trend, “respect and enforcement of existing rules, the creation of special coastal and marine protection zones, and awareness of the general public” are needed, she adds.

Zakhama-Sraieb has even translated a children’s book about the plant from Spanish to French and Arabic to precisely inform the public about its importance and contribute to publicly-available resources on the seagrass.

National efforts to monitor and protect meadows are hampered by a lack of human and financial resources, according to Cyrine Bouafif, a Tunisian expert and consultant on biodiversity and the environment. And seagrass is fragile; it grows at a slow pace of around 3-4cm a year.

It may not even grow back immediately, especially if the cause of destruction - whether trawling boats or pollution - has not vanished. “It can take centuries,” Bouafif cautions.

To mitigate this loss, scientists have turned to transplanting new shoots in the hope of repopulating meadows. The success rate remains low. For now, its damage is irreversible.

Dead posidonia oceanica leaves are now largely discarded as “dirt,” says Zakhama-Sraieb. But in the past, the leaf enjoyed a second life on land, in feeding cattle (leaves and leftover fruits), as wrapping package for fish and glass, insulating material such as for the bygone thatched roofs of Tunisian coastal communities, and even as pillow inserts. 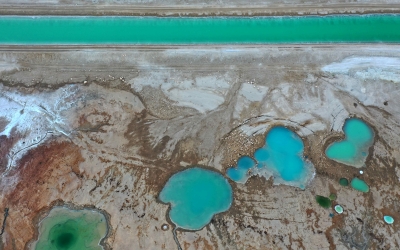 It was also used traditionally as a remedy against varicose veins. Posidonia oceanica may also have bioactive, anti-inflammatory compounds that could lead to pharmaceutical extraction.

While this would bring greater awareness of the plant’s commercial worth, extraction carries the risk of further endangering the plant if not done responsibly.

Pharmaceutical companies such as PharmaMar are already examining the potential of the “pharmacy of the sea” for cancer treatment patents based on other marine species. One day, others may venture to further study of posidonia oceanica's alleged benefits.

Among all this loss, Cyrine Bouafif wants to remind us that posidonia is only one of a number of important species constitutive of the Mediterreanean habitat, such as red algae (lithophyllum), brown algae (cystoseira), and the sea snail (dendropoma petraeum).

The underwater floor of the Mediterranean Sea binds together cultural ties that run deep in time. The basin is a shared garden, a formidable ecosystem, and a tribute to a rich civilisation, which ought to bring our shores together in friendship and urgent action. 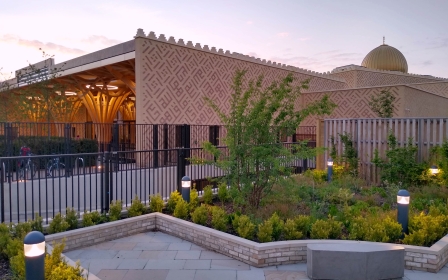 Environment
Eco-friendly worship: The ways some Muslims are protecting the environment 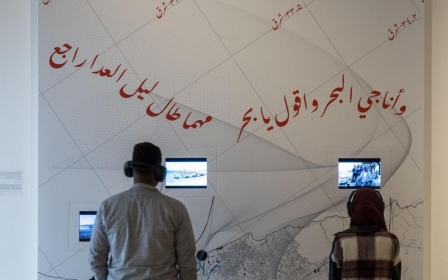 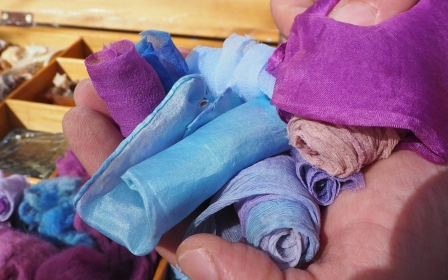