From martial arts to the majlis: Seven Middle Eastern customs listed by Unesco 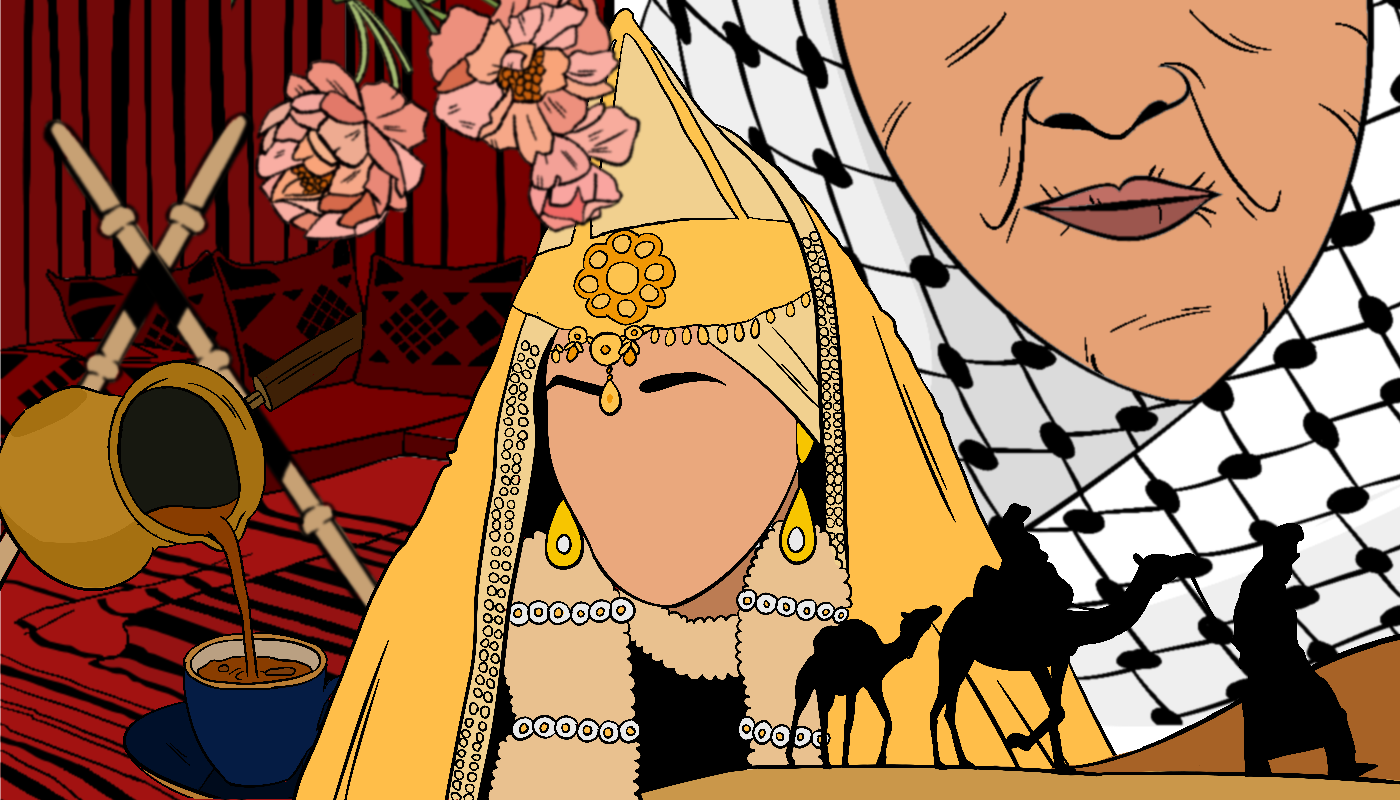 The Middle East and North Africa are regions steeped in a rich cultural heritage with many traditions and practices forming part of everyday life.

However, as the world becomes more globalised and cultural trends become more uniform, a number of traditions are at risk of disappearing forever.

The UN's cultural agency, Unesco, has sought to protect certain practices by adding them to its List of the Intangible Cultural Heritage of Humanity in the hope that doing so will highlight their importance and encourage their preservation.

Customs on the list include traditional foods, crafts, poetic forms and even martial arts, among others.

Here Middle East Eye has picked out seven Middle Eastern traditions that have made the list and continue to form part of the region's cultural makeup.

If you’ve ever been invited to a majlis, it’s likely you are someone who is highly regarded and valued. A majlis is a sitting area, which is traditionally carpeted and has cushions against the floor and walls for members of the community to sit on.

At a typical majlis, tea or Arabic coffee will be pouring throughout the evening to sustain hours of conversation. In some parts of the region, a majlis will also take place outside, with a fire burning in the middle to keep people warm.

Such cultural and social spaces can be found around the Middle East and North Africa, however they are particularly prominent in Gulf countries.

The concept of a majlis was originally meant to allow locals to gather and discuss matters that concerned or impacted them. It’s also a place where you can receive guests, socialise, and be entertained. Uses for a majlis have stayed the same over the centuries, with many still using it to hold weddings, pay condolences, resolve problems and discuss current affairs.

Events held at a majlis are usually separate for men and women, in order to allow them to be comfortable and discuss matters that are particular to them. The open space caters to a large number of people, and the circular seating arrangement allows everyone to see each other.

Elderly members of the community, such as tribesmen with significant knowledge of the area and community have particular importance at a majlis. Sheikhs, scholars, and judges can also be invited in the event of a dispute or ongoing issue that needs to be resolved.

Today, a majlis is also used to host poetry events and competitions as well as lighter entertainment such as small-scale concerts and parties.

A majlis remains a vital part of Middle Eastern culture, particularly as it serves as a space where oral heritage and knowledge is passed down. Children often accompany their parents to a majlis, allowing them to become familiar with traditions and understand community values.

Coffee is taken very seriously in Turkey. The process of making, pouring and drinking it is governed by rules and customs, which have largely stayed the same throughout the centuries. Coffee also plays an important role in weddings, social events and gatherings.

Almost every region in Turkey consumes its coffee differently. It is mostly served in a small cup, with a tall glass of water accompanying it. Although some choose to have their coffee with milk, it is typically served bitter. Some will drink the coffee by taking a sip followed by a bite of sugar.

To prepare the drink, finely ground coffee beans are combined with water and a small amount of sugar in a cezve, or kanaka, which is the copper or brass pot used to brew the drink on the stove. This is then lightly stirred until a thin layer of foam forms on the top. The foam is then transferred to a cup, with the rest of the coffee being poured over it shortly after.

During some Turkish weddings, a bride-to-be will test her future husband’s temperament by serving him a cup of coffee loaded with salt. If he can drink it without any obvious displeasure, it is assumed that he is good-tempered, and therefore, a good man to marry.

Coffee connoisseurs may choose to brew their coffee in hot sand, as the longer brewing time enhances the flavour.

Another significant part of coffee culture in Turkey is using the remnants of ground coffee for fortune-telling. The tradition has been passed down for generations through family members.

Turkish coffee culture and traditions were added to the Unesco intangible heritage list in 2013.

Cultivation of the Damascene rose

Every May, the scent of fragrant Damascene roses fills the air in fields across Syria. The iconic flower, formally called rosa damascena, was first introduced to Europe from Damascus in the mid-12th century by returning Crusaders.

From the 16th century onwards, production of the flower blossomed. Families wake up early in the morning and make their way to the field to pick the flowers, and then sort them. Some petals are dried for tea, others are carefully stored to be distilled.

The flowers, which have delicate pink petals, are known the world over, and are exported and sold to perfumers, and also made into essential oils, cosmetics and rose water.

Women also gather in villages to make jam, syrups and pastries using the harvested roses. Some believe the flowers have soothing or healing properties.

The Damascene rose is a source of pride for Syrians, particularly those involved in its harvest and production. However, years of conflict in the country have hit the industry hard, leaving many concerned over the fate of the long-held tradition.

Today, annual festivals are held around the country in a bid to preserve the tradition involved in harvesting and selling the flowers.

Practices associated with the cultivation of the flower were added to Unesco's intangible heritage list in 2019.

Hikaye, Arabic for a tale or story, is a narrative tradition that has been practised by Palestinian women for centuries. Typically, the stories are told at home during winter nights or at social gatherings, bringing together women and children. 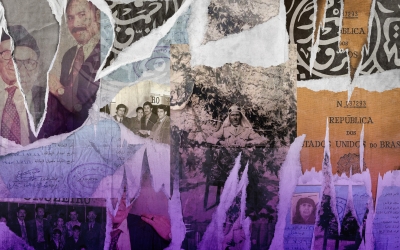 The stories, which are mostly fictitious, often reflect the zeitgeist, exploring themes such as contemporary social issues, family dynamics and moral imperatives. The speaker will often possess a strong, expressive tone, which grips the audience and keeps them engaged for hours.

The tradition associated with women is an opportunity for them to give their perspective on issues and explore their concerns. Some will offer a critique of society, whereas others will describe predicaments.

Hikaye is also used as a way of recording and passing down history and the experiences of Palestinians, particularly discussing the impact of occupation and forced displacement.

With the rise of social media, as well as ongoing turmoil as a result of Israeli occupation, the tradition is being practised less. However, many women are now making a conscious effort to revive the form of storytelling, with stories told in the Palestinian-Arabic dialect, mainly kept alive by the elders.

In 2008, Unesco added the practice to its intangible heritage list.

Tahtib, a stick-fighting martial art,  is believed to date back to the Pharaonic period, when it was used as part of military training.

Archaeologists say that inscriptions on papyrus and walls of temples show fighters battling with the sticks, alongside other military disciplines, such as archery and wrestling.

However, over the years, the practice has become more ceremonial and is performed at weddings and sporting events.

Tahtib involves two people, each holding a stick, battling each other, with the goal of striking the opponent on the head.

The sport can be competitive and draws large audiences. Over time, women have also started participating in tahtib, despite it originally being a male-only sport.

Core to the martial art are values of maintaining mutual respect, friendship, balance and pride.

Today, tahtib is usually performed to a background of music, usually the sound of a tabla baladi (traditional folk drum) and poetry.

Clubs and sports centres, which focus on preserving the art, have opened up across Egypt in recent years. National festivals for tahtib are also held annually in the country.

Some are even campaigning for tahtib to become an internationally recognised sport. The practice was added to the Unesco list in 2016.

For millennia, poetry has been held in esteem by the Bedouins of the Arabian Peninsula as the highest form of artistic expression.

For a people whose lifestyle was largely nomadic, written records would have been difficult to maintain and preserve, and so the spoken word became the primary method of recording beliefs, values, philosophical theories and even genealogies.

Taghrooda is one form of traditional Bedouin poetry, which involves chanting while travelling on camel-back.

The forebearers of today's Bedouins believed chanting kept the rider occupied and also encouraged camels to keep walking long distances. Today, this practice is popular in the UAE and Oman.

Improvised yet following prescribed formats, the chants are initiated by the lead rider and continued by those following behind.

Themes explored in the poems include love, social issues and family ties. Verses may also be recited around campfires, weddings and tribal festivals.

As well as being entertaining, the taghrooda can also serve practical purposes. It can be used to settle disputes between tribes or families and teach tribe members about their history and achievements.

The tradition, which serves as a form of social bonding, dates back centuries and is also practiced by women. Some Bedouin women will chant poems while working.

Today, tribal elders are trying to keep the tradition going using competitions and other cultural events. The tradition was listed by Unesco in 2012.

Brides in Tlemcen, in northwestern Algeria, wear layers of jewellery and luxurious fabrics on their wedding day for a look that requires meticulous and lengthy preparation.

The intricate embroidery contained within the fabric is an important part of Algeria's cultural identity and ancestral heritage.

Brides leave their family home covered in a hand-woven silk garment, pinned to an elaborately designed cone-shaped headpiece, and will typically wear an embroidered velvet kaftan.

Many go for a deep burgundy or green colour with patterns inspired by arabesque designs, which are reinvented year after year.

The rows of baroque pearls are believed to protect the bride’s vital and reproductive organs against evil spirits. The bride will also have her hands covered in henna, a natural dye used by women as a form of beautification during special occasions, a practice common around the Middle East and North Africa, as well as some parts of South Asia.

During the wedding ceremony, a married woman from the bride’s family will paint a red and silver circular design on the bride’s cheeks and under her lip in a ritual that represents purity and protection.

Preparation for the wedding day starts long before the day itself. The craftsmanship involved in making the dress and preparing the bride is passed down from generation to generation.

Young girls are introduced to the traditions associated with wedding ceremonies at an early age in order to learn about their importance, as well as the role marriage itself has in bringing families together.

But besides the cultural importance, there is also an important economic element with the production of wedding costumes serving as a vital source of income for rural communities.

Older craftworkers will often use their children as apprentices, as a way to preserve the tradition.

For those who cannot afford to buy the outfits outright, hiring and borrowing are common alternatives.