The perils of separating culture and occupation in Palestine

Four Palestinians talk about resisting Israeli occupation in their food, music, embroidery and poetry, and how these traditions are now inseparable from oppression 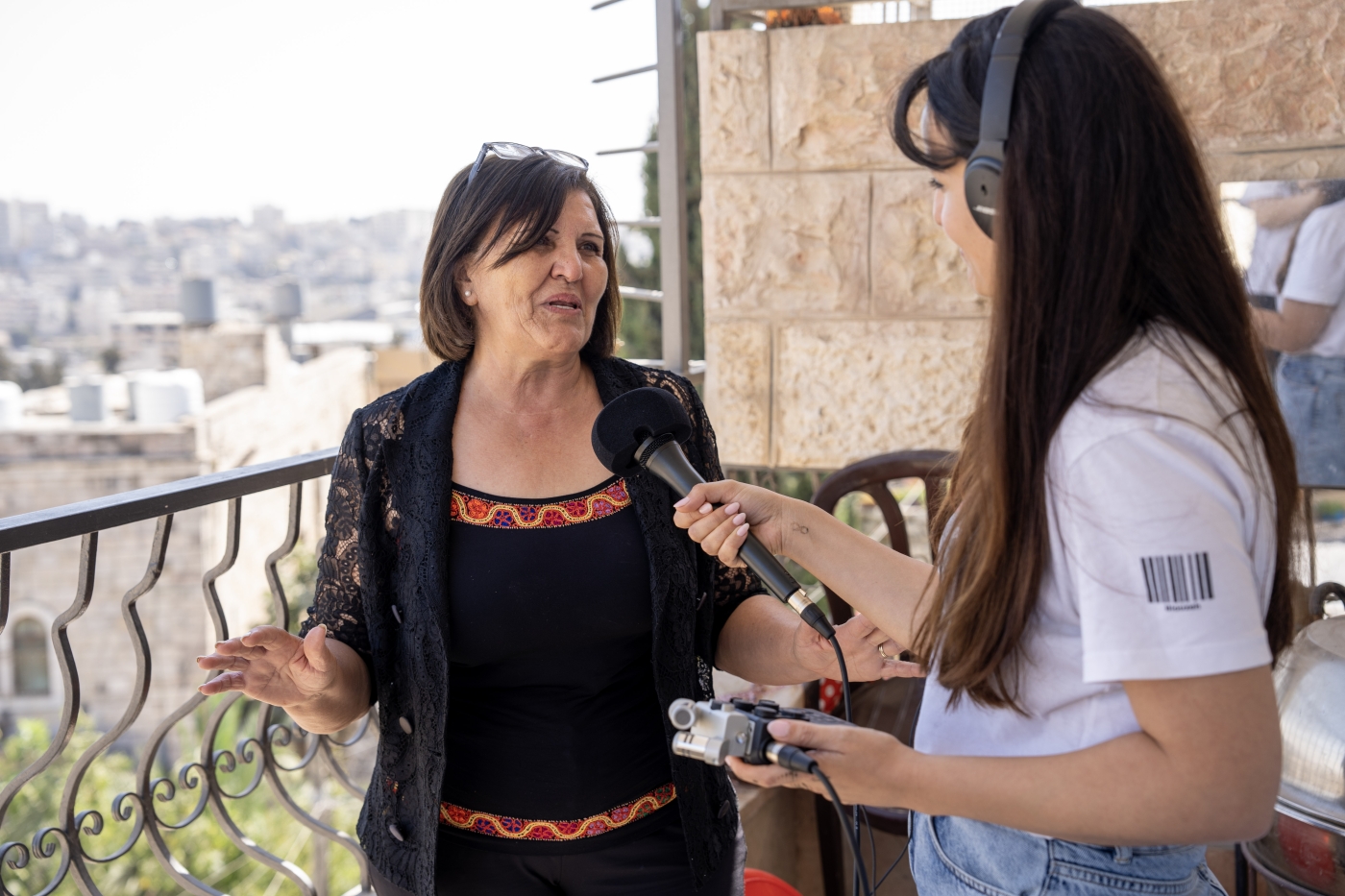 In the occupied West Bank city of Bethlehem, Malaak Altakruri punctures freshly ironed material with the tip of a needle, pulling red thread up to form an x shape.

I watch as she repeats the pattern, stacking each x on top of the other, closely following instructions delivered by her tutor, Margot Zeidan.

The craft Malaak is working on is tatreez, a traditional form of embroidery native to Palestine and the wider Levant region.

“Tatreez represents our unique Palestinian identity, it’s impossible to replace or copy,” says Margot, who has been practising the craft for more than 30 years. “It’s unacceptable for this art to stop existing," she adds.

For many Palestinians, the continuation of traditions like tatreez is a mark of resistance against Israeli occupation.

During the Intifadas, the two Palestinian uprisings between 1987 and 1993, and 2000 and 2005 respectively, Palestinian symbols and flags were banned by occupation authorities.

Tatreez became a popular way for women to signal their resistance through the symbols they embroidered onto their clothes.

Beyond its cultural value, tatreez is also a way for Palestinian women to become financially independent through commissions for tatreez-embroidered dresses and other items of clothing.

Malaak began learning the craft while living in the UAE, during a period when she felt homesick for Palestine.

Away from her country and working long hours, with no friends but her older sister, she felt more disconnected from Palestine than ever. It was only when her sister introduced her to a tatreez workshop in Abu Dhabi that she found a way to connect to home again.

I sat next to Margot and Malaak as they were embroidering, headphones on, directing my microphone towards them as they spoke.

I was in Palestine to help Malaak and three other young Palestinians produce an audio essay each about their traditional practices and how these have helped define their identity.

I was there as part of an artistic residency in Ramallah, and with an open mind to find out what it meant to live in occupied Palestinian land.

The audio series, Behind the Wall, was born out of a big frustration of mine, namely how Palestine is always talked about only in relation to the occupation, but not as a culture, people or nation in its own right.

I wanted to focus on the good things that make Palestinians feel Palestinian; the food, the music, the traditional crafts - anything other than the occupation.

However, I soon found that my premise was fundamentally wrong.

'Even food is political'

As I met the four budding audio producers, I realised all their story proposals were indeed about cultural practices they were passionate about, but always in relation to the occupation.

They all wanted to speak about it, and I realised they could not separate their stories from the reality of the Israeli presence in their land.

Take, for instance, the case of Abood al-Saed, a high school student passionate about music production and local cuisine.

He wanted to talk about how traditional Palestinian food made him feel close to Palestine, but the issue that kept coming up was how preserving Palestinian cooking served as a form of resistance amid attempts by Israelis to appropriate dishes, such as hummus and falafel, removing any Palestinian connection.

“Living and growing up in the West Bank is complicated, it’s a place where even food is political,” he says in his episode.

He wanted to talk about musakhan, a traditional dish made with bread, chicken, olive oil and spices. After cooking the dish with his mother, his story took a turn towards the tensions around food and identity in Palestine.

Just one ingredient from his dish sent Abood on a quest to explore the violence and oppression born out of olive harvesting.

Abood knows that reality well, because he lives next to an illegal settlement, and he has had altercations with the soldiers manning its walls.

Palestinians who own olive groves are restricted to accessing their land just a few times a year; not enough for them to harvest the olives at the right times.

Settlers also often set fire to the groves or claim the land as their own, shifting the meaning of the olive twig as a symbol of peace to one of oppression during the harvesting season.

The theme of oppression was also familiar to Mousa Nazzal, an actor and director living in Ramallah, who chose to talk about Mahmoud Darwish’s poem, The Dice Player.

“Did Darwish write it for me?" asks Mousa. "It sure feels like it.”

After taking a wrong turn one day, he arrived at a checkpoint where he didn’t have the right papers to pass through.

Mousa knew that such mistakes always come with the possibility of getting into an encounter with Israeli soldiers, and Darwish’s poem came to mind right away. It reads:

I am a dice player,
Sometimes I win and sometimes I lose
I am like you
or slightly less...

As random as it was that he ended up in that situation, he thought, being born in Palestine felt the same - a destiny, but one without apparent purpose.

While he returned home safely that time, Mousa drew parallels between his life under occupation and the poem for his audio project.

The work by Darwish deals with concepts of probability and chance, and for Mousa, being born in Palestine is all about chance. “I felt like the dice player is the one deciding my life,” he says.

Rawan Nasrallah's parents come from Jenin but she grew up in Dubai, where there was little to help her understand what it meant to be Palestinian.

“I was five years old; I was living in Dubai, but I was Palestinian, I didn’t know how or why,” she says.

When she was young, hearing her mum sing songs from the Second Intifada made Rawan upset about not being able to connect to their meaning.

She did not know what the songs meant, or why her mother sang about children trapped under debris, and martyrs, but she felt something.

In Palestine, and amid the reality of life under occupation, the songs took on new meaning, as she could match the lyrics to her direct knowledge of Israeli repression.

The experiences of the four producers I worked with highlight the impossibility of separating the issue of culture from the occupation in Palestine.

Given that the occupation and its resultant pain and sorrow are everyday and persistent realities for Palestinians, it would be deceptive to claim that there can be cultural expression untouched by them.

Nevertheless, the occupation provides motivation and momentum for the campaign to preserve Palestinian culture; one that was evident in the stories Malaak, Abood, Mousa and Rawan worked on. 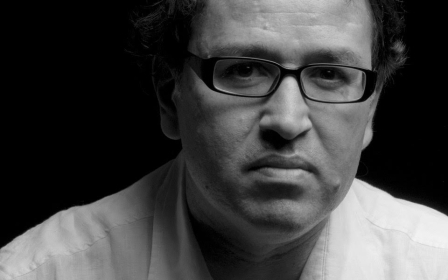 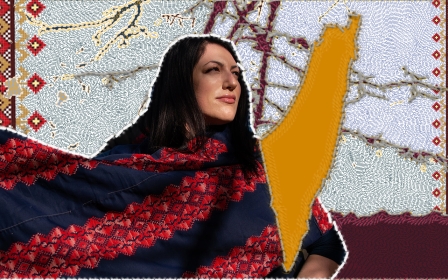 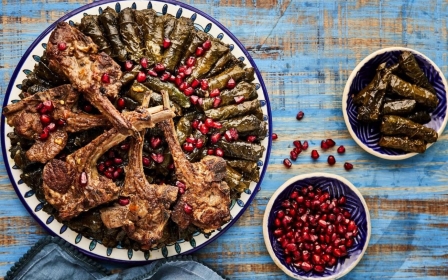