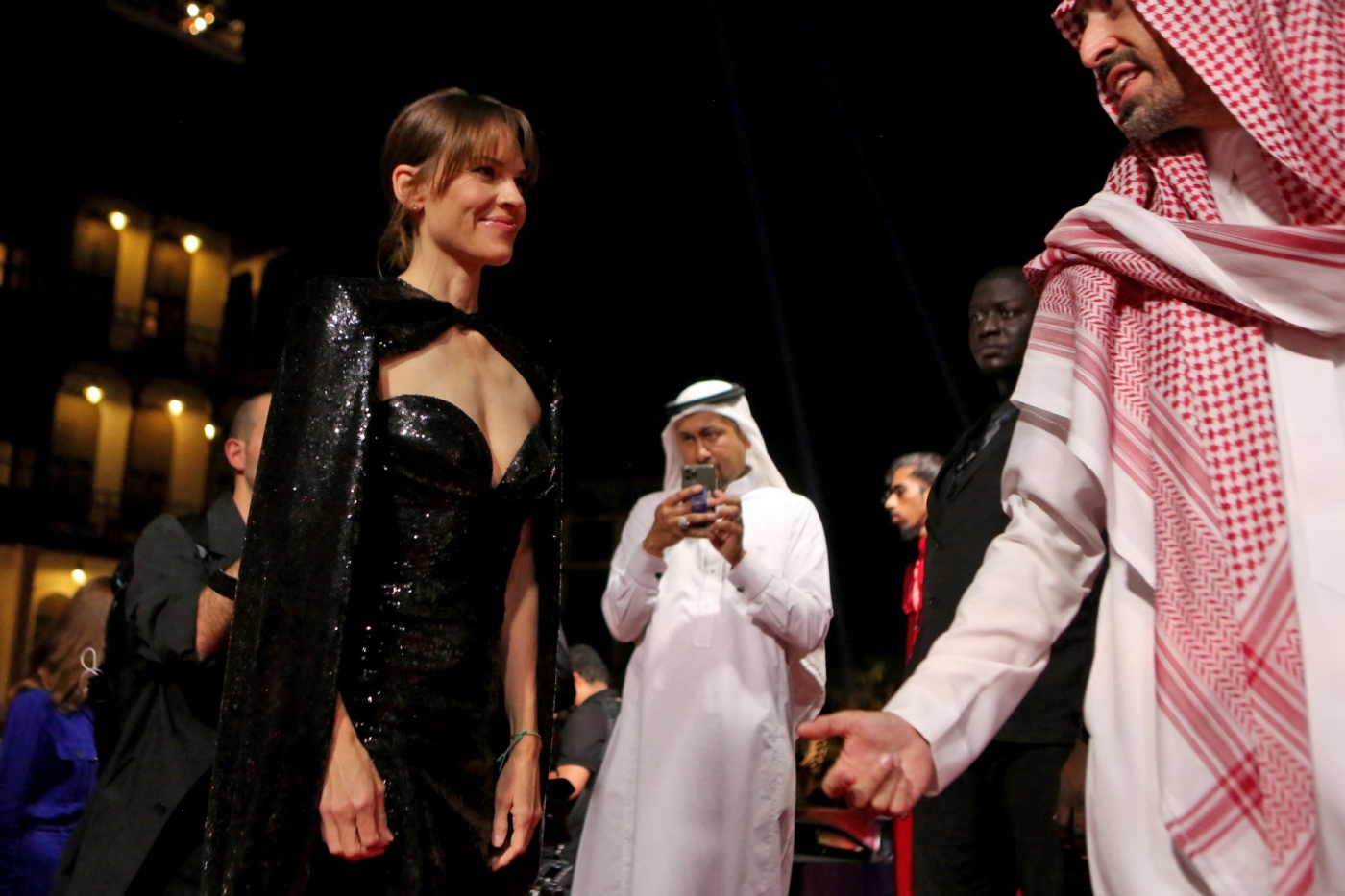 The inaugural Red Sea International Film Festival (RSIFF) has opened in the Saudi city of Jeddah amid criticism and boycotts by some filmmakers.

Monday's opening is another milestone in a country where cinemas were banned until 2018 and comes as part of Crown Prince Mohammed bin Salman's (MBS) policy of social liberalisation. Over the past few years, Saudi Arabia has hosted concerts by western artists, loosened restrictions on women and has signalled its intent to lessen influence of the conservative religious framework that it had adopted since the state's inception.

But as social freedoms grow, restrictions on political freedom have been tightened with MBS condemned for presiding over a litany of human rights abuses, most notably a purge of rivals within the Saudi royal family and the murder of dissident journalist Jamal Khashoggi, who wrote for the Washington Post, as well as Middle East Eye.

The country is also a major participant in the war in neighbouring Yemen, where the conflict's death toll is expected to reach 377,000 people by the end of 2021.

As a Muslim filmmaker I feel like it’s my moral duty to call for a boycott of the Red Sea Film Fest. Given Khashoggi's murder + the Yemen war, the film community shouldn't allow itself to be used by Saudi Arabia to whitewash atrocities. More here: https://t.co/SYz3Zx4Qnh pic.twitter.com/H2oLB9x8uh

Set to run for 10 days, several filmmakers have announced that they are not prepared to take part in the festival.

When the film festival was first announced, critic Hanna Ines Flint said the festival would "distract from gross human rights violations" and filmmaker Sami Khan called on the filmmaking to not help Riyadh "whitewash atrocities".

Such criticisms are longstanding and became more pronounced after the 2018 killing of Khashoggi.

Orwa Nyrabiya, an award-winning Syrian artistic director and producer, voiced his concerns in 2019 in a Facebook post claiming that Saudi was "buying out" the silence of the industry over its atrocities by offering career opportunities:

“I trust that the indecent proposal of throwing millions of dollars on the table will not blind everybody and will not make everybody join the choir of this face-lift, this cover-up," he said.

Despite such criticisms, a number of western entertainers attended Monday's opening ceremony in Jeddah, including actress Hilary Swank and actors Vincent Cassel and Anthony Mackie, among others.

There was also heavy Arab representation, with Tunisian star Hind Sabri attending, as well as Wadjda director Haifa al-Mansour, herself a Saudi.

"Those of us who worked tirelessly with dreams of cinema finding a home here know what a truly monumental event this is for the Kingdom, the region and the world," Mansour said in a statement posted on the organiser's website.

Edouard Waintrop, the artistic director of the RSIFF, has expressed his hopes for the festival:  “I want to show the sort of arthouse films that aren’t being distributed here yet - films that talk about politics, everyday life, relations between men and women, violence, films that will spark conversations and debate.”

The festival's selection has an emphasis on productions from the "Global South" and states that women filmmakers in particular will be celebrated.

Organisers have said the event's theme is “metamorphosis”, a nod to the Saudi crown prince's Vision 2030 agenda, which aims to turn the country into a regional hub for entertainment, tourism, technology and business. Saudi Human Rights
'Everyone is trying to get a slice': The gold rush for Saudi cinemas Inside Saudi
'Build my pyramids': MBS allegedly invokes the pharaohs as his Neom dreams grow wilder