The 61-year-old died after he was moved to al-Aqrab (Scorpion) Prison 10 days ago. In 2013, Hanafi was elected as a member of parliament representing the Freedom and Justice Party, the political wing of the Muslim Brotherhood.

However, following a military coup staged by current Egyptian President Abdel Fattah el-Sisi, Hanafi was arrested in 2014 and spent four years in prison. He was eventually released but was detained again on 8 March 2021. His elder brother, Abu Bakr al-Qadi, died in an Egyptian prison in 2014.

Rights groups have accused Egyptian authorities of maintaining a policy of medical negligence, torture and ill-treatment of political prisoners, resulting in the death of 49 people in 2021. Six died in December.

Mohamed Morsi, Egypt's first democratically elected president who was deposed by Sisi, suffered from poor health during his five years of detention, before collapsing in court and dying in June 2019.

The UN high commissioner for human rights accused Egyptian authorities of "arbitrarily killing" the 67-year-old Morsi, who was kept in "brutal condition" in Tora prison.

Tora and al-Aqrab are notorious prisons where cells are overcrowded and infested with insects. They lack proper ventilation and temperatures rise to more than 40 degrees Celsius in the summer. Some prisoners are denied family visits and have spent long periods in solitary confinement.

Last week, the former acting leader of the Muslim Brotherhood, which Sisi outlawed after taking power, criticised the conditions of his detention in a rare court appearance.

In a video widely shared online, Mahmoud Ezzat, 77, was seen complaining to the judge about his solitary confinement cell at al-Aqrab prison.

He said that throughout the 16 months of his detention, "the cell is only opened for seconds every day to deliver my food" and that "some food is thrown to me from the door vent, without bothering to even open the cell's door to hand the food to me".

He added that he is not allowed to move outside his cell or to "smell fresh air except within the walls of the cell".

"I have been blindfolded all the way from the prison to this courtroom today," he told the judge.

Ezzat added that, prior to the trial, he hadn't been able to read the indictment sheet or listen to the prosecution hearing, and that he hasn't been able to meet his lawyers or even know who they are.

"I haven't met lawyers and haven't had a chance to tell them what I want to say so they would tell the court," he said in the video.

The short clip has triggered widespread condemnation by Egyptian and Arab human rights advocates and journalists. 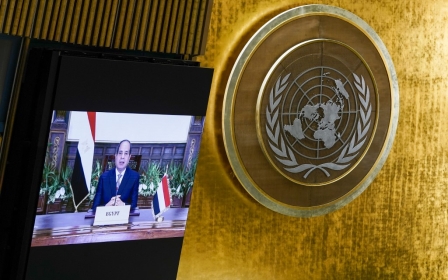 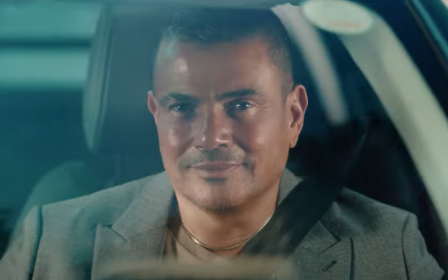