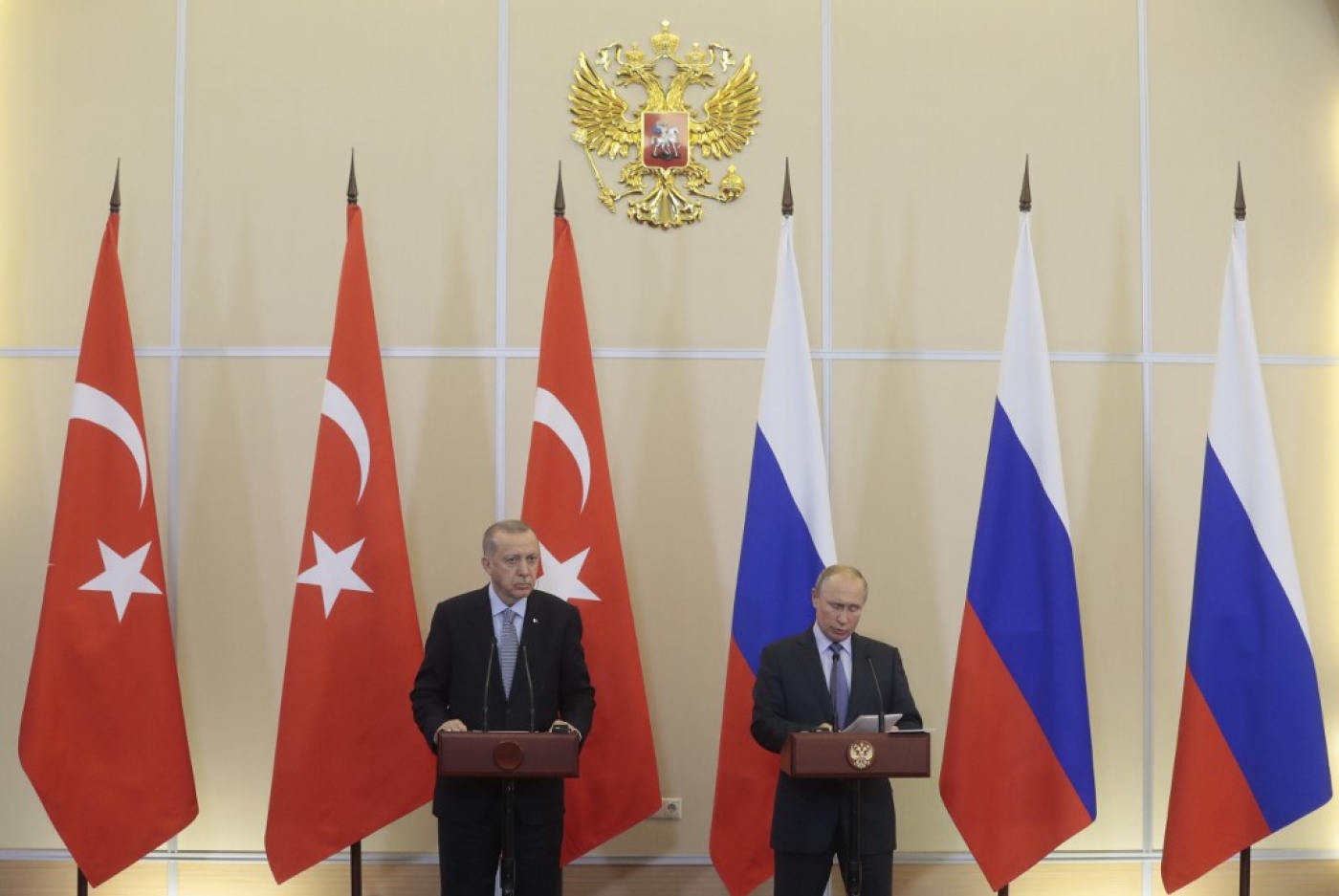 Turkey and Russia have reached an agreement that will see the withdrawal of Syrian-Kurdish forces from areas along the Turkish border, a move that comes after thousands were displaced in a Turkish offensive in northern Syria.

In a joint statement released on Tuesday, the countries said that fighters belonging to the Kurdish People's Protection Units (YPG) militia would pull back about 30km from the Turkish border.

Beginning at noon local time (09.00 GMT) on Wednesday, Syrian border guards and Russian military police will "facilitate the removal of YPG elements and their weapons", the statement reads.

The withdrawals must be completed within 150 hours, or about six days, the statement says.

After that, joint Russian-Turkish patrols will take place in northern Syria within 10km of the border.

"This operation also guarantees Syria's territorial integrity and political unity... We never had any interest in Syria's land and sovereignty," said Turkish President Recep Tayyip Erdogan at a news conference alongside his Russian counterpart, Vladimir Putin, in Sochi on Tuesday.

Last week, Turkey agreed to pause its offensive against Kurdish fighters in northern Syria at Washington's behest, giving time for the YPG to clear out of the Turkish-Syrian border region.

Ankara's defence ministry announced late on Tuesday that there was "no need" for another offensive in the country, saying the US had confirmed the complete withdrawal of Kurdish forces from the area. Ankara launched its assault there two weeks ago after Washington announced it would withdraw its forces from the area, a move widely seen as an abandonment of its Syrian-Kurdish allies who had previously led the fight against the Islamic State (IS) group.

Ankara views the Syrian-based YPG as an extension of the outlawed Turkey-based Kurdistan Workers' Party (PKK), which has waged a decades-long insurgency against the Turkish state and is designated as a terrorist group by several countries.

"The main aim of the operation is to take out PKK/YPG terror organisations from the area and to facilitate the return of Syrian refugees," Erdogan said at the news conference.

The Turkish president also said that YPG forces will leave the towns of Tel Rifaat and Manbij.

Before the meeting on Tuesday, Erdogan had said that fighting would resume in the area if Kurdish fighters did not withdraw.

"If the promises given to us by America are not kept, we will continue our operation from where it left off, this time with a much bigger determination," he said at the time.

The deal saw a return of Syrian government soldiers to cities and towns that had long been out of its control, such as Manbij and Kobane.

Russia, as one of Assad's main allies, has also been involved in the negotiations over what should happen in northern Syria.

After six hours of talks with Erdogan on Tuesday, Putin said he was satisfied by the decisions he described as "very important, if not momentous, to resolve what is a pretty tense situation which has developed on the Syrian-Turkish border". Earlier in the day, Washington announced that US President Donald Trump has authorised $4.5m in direct support to the Syria Civil Defense (SCD), a group of civilian volunteers also known as the White Helmets who pull victims out of the rubble after bombings.

Trump has been criticised by members of both major US political parties for his decision to pull US troops out of Syria, with many accusing him of abandoning the Kurds.

The situation has frustrated members of the president's own Republican party, with senior lawmakers calling for Washington to impose sanctions on Ankara for its incursion.

"If Turkey maintains its aggressive path, it must bear a cost for undermining US security interests," Republican Senator Jim Risch said at a Senate Foreign Relations Committee hearing on Tuesday.

Speaking at the same hearing, the Trump administration's special envoy for Syria, James Jeffrey, said the situation was better than it was last week, however.

"We're in a better place now than we were a week ago," Jeffrey said.

Scores have been killed in northeast Syria since the Turkish offensive began, while about 300,000 people have been displaced.

At least 120 civilians have been killed as well, according to the Syrian Observatory for Human Rights, a UK-based activist group.