Israeli police had restricted attendance at the funeral of Mu'taz Hijazi to 45 people, but hundreds of mourners gathered late Thursday anyway 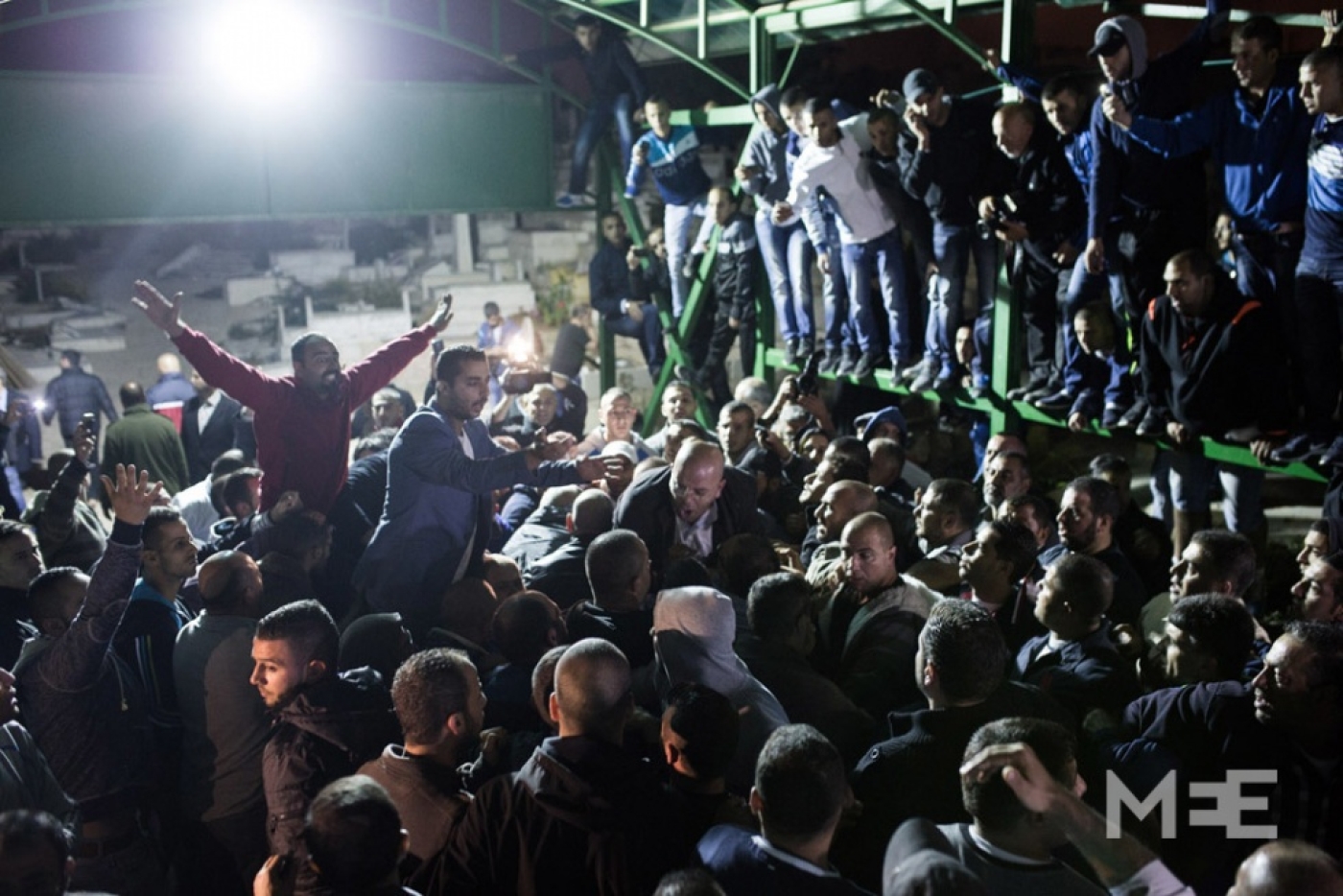 'I have already lost my brother,' Mu'taz Hijazi's brother told mourners, pleading for peaceful protest in the face of heavy police presence at his brother's funeral (MEE/Oren Ziv/Yotam Ronen)
By
Bethan Staton

JERUSALEM - A tumultuous 24 hours came to an end with the funeral of Mu’taz Hijazi in Jerusalem close to midnight on Thursday evening. The 32-year-old, who was suspected of attempting to assassinate right-wing Israeli activist Yehuda Glick, was shot by Israeli forces in his home early Thursday, sparking day-long clashes in his neighbourhood of Abu Tor. In the Old City, the closure of the Al-Aqsa compound ramped tension in this riven city up yet another notch.

On Thursday evening, Hijazi's funeral was carefully controlled. Israeli authorities have taken particular care over restricting and policing funerals this week: when Abdel Rahman Al Shaludi was buried last Sunday, the number of attendees was limited to just 20, at a gathering held at 11 pm. On Thursday, 45 people were allowed to follow Hijazi's body, at the same late hour, as it was carried beneath the shadow of the old city's walls and Damascus gate.

Despite restrictions, however, hundreds managed to make it past security barriers to join the funeral. On Salah Ad-din Street, the main trading area in this part of East Jerusalem, still more gathered behind a heavily guarded police checkpoint, with a few hundred metres of empty street separating them from the funeral.

The message from police in this area of Jerusalem was clear. As mourners waited, a fortified “skunk” truck rolled into the centre of the crowd, where it idled for 20 minutes before being driven away. The “skunk” method of crowd control, now widely used in Jerusalem and the occupied West Bank in attempts to dissuade crowds from unrest, sprays jets of stinking liquid, which is impossible to remove from clothing and tough to clean off skin.

“They'll spray this everywhere,” said Sharif who, like many of the men in attendance, declined to give his full name. “On people, cars, houses. They will spray it here in the middle of the city, in Wadi Joz and in Silwan. Whenever they think there might be some problem, it comes out. Even if there are no stones and no fighting.”

As Hijazi's funeral progressed, the chants of mourners echoed each other from separate pockets of the city. Away from the funeral itself, a brother of Hijazi spoke to the crowds, urging restraint amid the anger. “I have already lost my brother,” he said, telling mourners that violence would likely create more trauma. The Israeli forces present, he argued, were looking for trouble and clashes and violence would solve nothing.

Riad Spitan, from Mount of Olives just east of Jerusalem, agreed: the atmosphere in the city, he said, was likely to explode and the response of authorities promises to be tough. “I work in a hotel, and there are many, many soldiers staying there this week,” he said. “The tourists don't like it. On my way here, I passed five checkpoints, everyone asking me, ‘Where are you going? What are you doing?’ People are frustrated. They feel like they are being pushed down.”

Younger men, Riad believes, are unlikely to agree with Hijazi's brothers' warning. “They won't be calm because they're young and they are angry,” he said. “During the night, there will be people in the streets, but it's tomorrow that things will be very bad.” As the address to the crowd closed, many of the mourners began breaking up stones and dissipated into the streets surrounding the funeral, while others remained marching together in protest.

“We're here because a Palestinian man is dead, because of the Israelis,” said Fawzi, who waited for an hour to catch a glimpse of the funeral. His emotions, he said, were exacerbated by isolated shots being fired towards the crowd by police on horseback. “The Israeli police, they're dangerous, they'll make a problem,” he said. Like the other young men in this area, Fawzi ran nervously from the amassed police forces that advanced up the street, pushing those who had gathered away from the site of the funeral. By midnight, many young people joined in the street to march toward Damascus Gate.

For Hamada Abu Omar, a cousin of Mu’taz Hijazi, the day had been a difficult one. But as the gathering swept up the street he explained, too, that the evening had been a display of defiance, against restrictions that seek to prevent mourners from memorialising those killed by Israeli forces. “In the Muslim tradition, before we put him in the ground, we carry the body of the shaheed above our shoulders and we walk together and chant,” he said. “But today, we can't do this, because they only allowed 45 people to the funeral. So now we're doing the same thing but without the body.”

By midnight, the roads of central Jerusalem were emptying of all but isolated groups of armed police and first aid volunteers. Many mourners made their way to Damascus Gate, from which some continued to neighbourhoods like Wadi Joz and Silwan, where clashes between Palestinians and Israeli enforcement have been raging every night for months now. 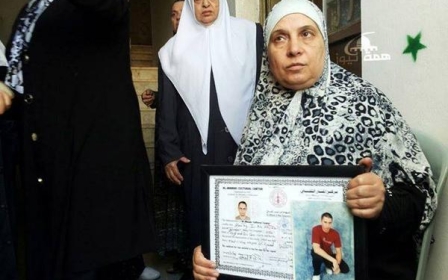 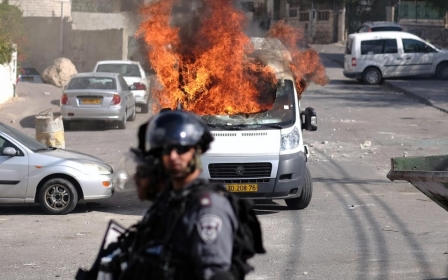 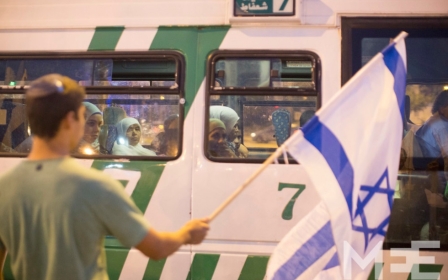 Inside Israel
Protest marks the site of Jerusalem car deaths