At least 16 have been killed at protests and sit-ins against army rule over past two days, Sudanese police say 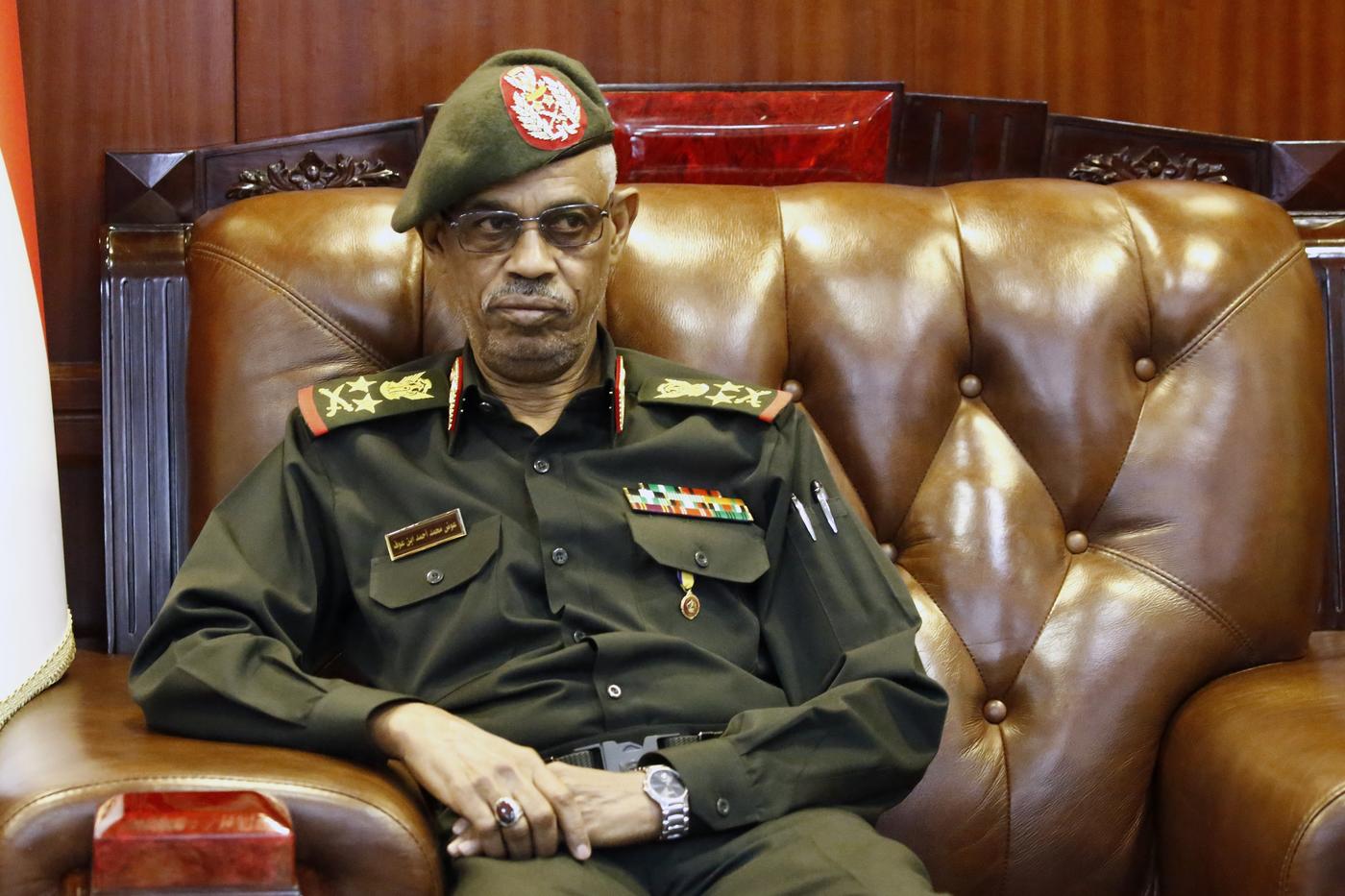 Less than 24 hours after he was sworn in to lead the Military Transitional Council in Sudan, Defence Minister Awad Ahmed ibn Auf stepped down from the post, adding to the uncertainty facing the North African country after the toppling of Omar al-Bashir.

In a statement late on Friday, ibn Auf said his deputy on the transitional council, Kamal Abdul-Marouf Al-Mahi, was also quitting.

The Sudanese military ended Bashir's 30-year rule on Thursday, but demonstrators continued to protest across the country to reject the new authority's plan for a two-year "transitional period".

At least 16 people were killed, and 20 wounded by stray bullets at protests and sit-ins on Thursday and Friday, a Sudanese police spokesman said in a statement on Saturday, Reuters reported.

The Sudanese Professional Association (SPA), a leading group in the protest campaign that began late last year against Bashir, called ibn Auf and Mahi's resignation a "victory for the will of the masses," urging protesters to remain in the streets.

News of the change sparked joyful celebrations in the streets of Khartoum as people chanted: "The second has fallen!"

"What happened is a step in the right direction and is a bow to the will of the masses, and we have become closer to victory," Rashid Saeed, a spokesman for the SPA, told Reuters.

Still, SPA said the military council was "not capable of creating change." In a statement, the group restated its demand for power to be handed immediately to "a transitional civilian government".

Burhan was promoted to inspector general of the armed forces in February as a part of a series of presidential decrees by Bashir that came amid the growing protests against his rule.

He oversaw the deployment of Sudanese troops in Yemen and had previously served as the commander of the army's ground forces.

His predecessor, ibn Auf, had called Sudan's participation in the Saudi-led war in Yemen last year a "moral duty".

In his brief speech, ibn Auf said he trusts Burhan's "experience, skills and eligibility" for the post.

"I am confident that he will steer this ship that has sailed to safety," ibn Auf said.

Burhan was sworn in on Friday evening in the same room where ibn Auf had taken the oath of office a day earlier.

Besides protests, the transitional council is facing an internal crisis after the influential paramilitary force abandoned it on Friday.

Meanwhile, Sudan's deputy UN ambassador, Yasir Abdalla Abdelsalam Ahmed, told the UN Security Council on Friday that any democratic process in the country would require time, and he urged the international community to support a peaceful transition.

"No party will be excluded from the political process, including armed groups," he told the council during a meeting on Abyei, a contested border region claimed by Sudan and South Sudan.

The 15-member council convened later on Friday behind closed doors to be briefed on the latest developments in Sudan.

"Moreover, the suspension of the constitution could be lifted at any point and the transitional period could be shortened depending on developments on the ground and agreements reached between stakeholders," the Sudanese envoy said.

World powers, including the United States and Britain, said they supported a peaceful and democratic transition shorter than two years. China said it would continue to seek cooperation with Sudan regardless of the political situation.

The head of the military council's political committee, Omar Zain al-Abideen, said the council would hold a dialogue with political entities.

Zain al-Abideen said the military council would not interfere with a civilian government. However, he said the defence and interior ministries would be under its control.

Zain al-Abideen said the military council itself had no solutions to Sudan's crisis and that these would come from the protesters.

"We are not greedy for power," he said. "We will not dictate anything to the people. We want to create an atmosphere to manage a peaceful dialogue".

He said the council would meet on Friday with political entities to prepare a "climate for dialogue," but that was later postponed.

The council said it did not invite Bashir's National Congress Party to join the dialogue because "it is responsible for what happened".

Still, it warned protesters that the army would not tolerate unrest.