Iraqi media watchdog said Raed al-Juburi, known for his critical views of Iraq's politicians, was shot and killed at his home A secular and outspoken Iraqi journalist was gunned down in his Baghdad home, a press freedom organisation and the reporter’s father said on Thursday.

Raed al-Juburi “was killed with a bullet to the heart. Another bullet hit his pillow,” Ziad al-Ajili from Iraq’s Journalistic Freedoms Observatory told AFP.

He said Juburi was killed on Tuesday in his home in the capital’s Qadisiyah neighbourhood.

The motives behind the murder were not immediately clear but Ajili and some of Juburi’s colleagues said he knew he was threatened.

He had recently given friends the observatory’s number for them to call in case something happened to him, Ajili said.

Juburi, who hosted a TV show on Al-Rasheed channel and wrote a column in Azzaman newspaper, did not shy away from blaming politicians for Iraq’s security and economic woes.

An Iraqi security spokesman had told Iraqiya state television that a preliminary investigation suggested Juburi might have committed suicide.

But the dead journalist’s father said that was impossible.

“The murder of my son was premeditated, it was not a suicide as some reports have suggested,” Wadallah al-Juburi told AFP.

Several reporters have been killed, wounded or abducted by the Islamic State since the hardline militant group took over swathes of territory last summer.

Reporters Without Borders, a Paris-based press freedom watchdog of which the observatory is a partner organisation, said the source of threats could also be political.

“As violence and impunity continue to reign in Iraq, journalists are still being harassed by officials who refuse to accept criticism and do not hesitate to bring judicial proceedings against them,” it said in a recent statement.

Iraq is ranked 156th out of 180 countries in the group’s global press freedom index. 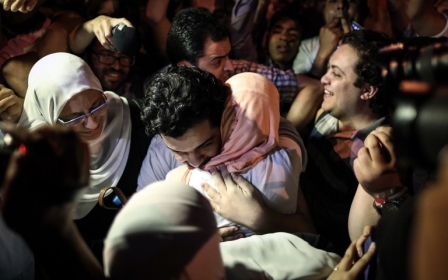