Conditions for journalists are worse now than before the 2011 uprising, says survey of 17 countries in region 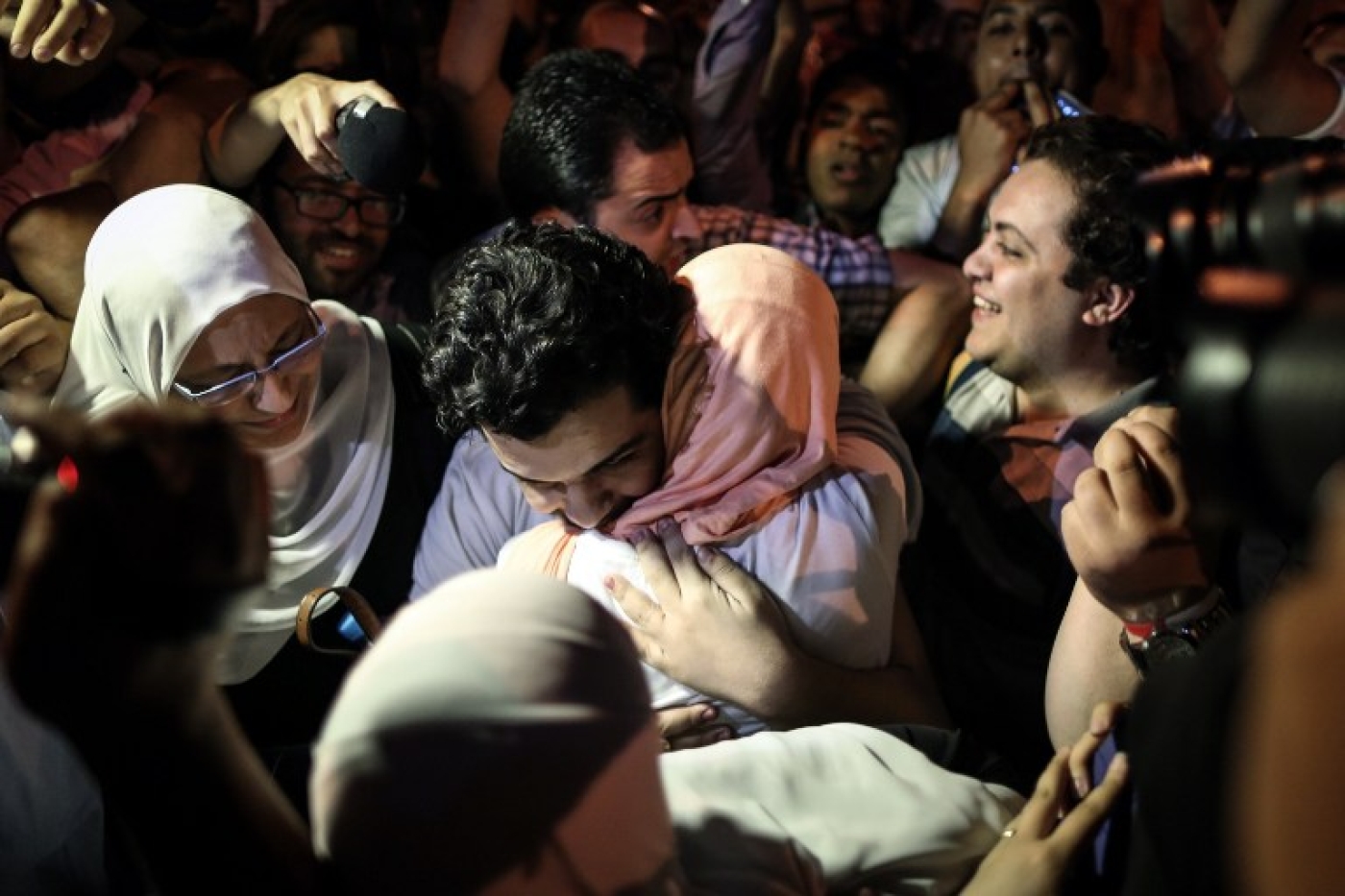 Egyptian Al-Jazeera journalist Abdullah Elshamy a day after the prosecutor general ordered his release from detention due to his health condition, June 17, 2014 (AFP)
By
Marwa al-Asar

Press freedom in the Arab world is more restricted today than it was in the years leading up the Arab Spring of 2011, a new report claims.

The report, released by Federation of Arab Journalists (FAJ) on Wednesday at Egypt’s Press Syndicate, said the political changes and turbulence following the uprisings of 2011 have led to a worsening environment for journalists in many of the 17 countries covered in the study.

“General, political and press freedom were restricted compared to the previous [era], especially the two years preceding the Arab Spring,” the report reads.

The annual report is based on surveys prepared by 19 press syndicates and unions in the 17 countries, in addition to other reports published by concerned local and international rights organisations.

The report described the status of Egyptian journalists as receiving inadequate incomes, experiencing tough hiring conditions at media institutions and being unable to do their jobs freely without restrictions.

Among the other indicators were that journalists are subject to pressure from editors and board members of organisations with regards to their freedom of expression.

Journalists are further pressured by religious institutions, the report said.

Other obstacles facing journalists in Egypt include the lack of freedom of information.

Al-Zaghaylat said that Egypt was no different from other countries in the region suffering due to struggles with "terrorists" as well as infringements against journalists.

Qalash defended himself saying he didn’t ignore these incidents, referring to a recent meeting he had with the interior minister to solve the pending issues of some detained journalists.

He described the general state of freedom in Egypt as being “catastrophic”.

Al-Zaghyalat told Middle East Eye that among the difficulties the FAJ faced while preparing the report were “the means to contact unions in conflict areas like Yemen, Libya and Syria.”

“In many cases we depended on personal, direct contacts in these countries,” he said.

A recent report released by the freedom committee at the Egyptian press syndicate on 3 May commemorating the World Press Freedom Day stated that the Egyptian Interior Ministry had recently committed 60 violations against journalists.

Several dozen Egyptian journalists are currently behind bars, either detained pending investigation or trial, or imprisoned after being handed down prison sentences. 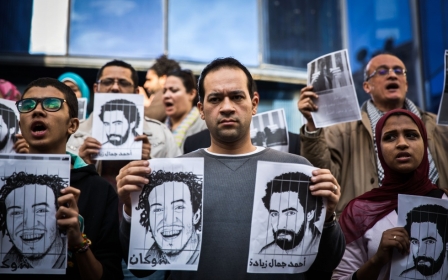