Israel's justice minister is in talks to join a government with former Prime Minister Benjamin Netanyahu, according to a report in the Israeli newspaper Ynet.

Gideon Saar, the leader of Israel’s right-wing New Hope party,  is said to be considering renewing his partnership with his former political party, Likud, after resigning from it before the 2021 elections following his failure to challenge Netanyahu's leadership.

Netanyahu's party was ousted from power in June 2021 after 12 years of leading Israel. Saar vowed he would not serve under Netanyahu, who is on trial for corruption.

Currently, however, his New Hope party is at risk of failing to pass the minimum four-seat Knesset threshold should elections take place. On 31 May, Saar made an explicit threat to the survival of the coalition, when he said all members must support an extension to the emergency bill regulating Israeli civilian law over West Bank settlers.

The Islamist Raam party, also in the coalition, was expected to oppose the extension.

Should the coalition fail to extend the regulations, Israeli law - for the most part - would not apply to the West Bank settlements, which have not been officially annexed by Israel and remain under military rule.

"Without this law, Israelis would be tried through the military courts, which is something we certainly would not want. Were it not for this law, security prisoners in Israeli prisons would have to be held in military prisons in Judea and Samaria," Saar said, using an Israeli name for the West Bank.

"The police would not be authorised to investigate crimes committed by residents of Judea and Samaria, even if they took place in Israel.”

According to sources with knowledge of Saar's talks with Likud, he would be appointed foreign minister and members of his faction given senior positions in a Netanyahu government, but he would also insist that the justice ministry, currently led by Saar, would be under a minister from the Likud.

Sources inside Likud said Netanyahu had instructed party members to refrain from attacks on Saar or his faction.

New Hope officials deny they are considering a partnership with Netanyahu and say Likud has made numerous overtures attempting to lure the faction to their side.

The rumour of Saar's talks with Likud is the latest blow to Bennett’s government.

Last month, Ghaida Rinawie Zoabi, an MP for the left-wing Meretz party, quit the ruling coalition, leaving it with fewer seats in parliament than the opposition.

Zoabi announced her departure in a letter sent to the Israeli prime minister, citing her dissatisfaction with the coalition’s policies. "I entered politics because I saw myself as an emissary of Arab society, which I represent," the Nazareth-born politician wrote in the letter addressed to Bennett and Foreign Minister Yair Lapid.

"Unfortunately over the last few months for narrow political reasons, the heads of the coalition preferred to strengthen their right side.

"Again and again, the heads of the coalition preferred to take harsh hawkish right-wing steps on key issues related to Arab society.”

Zoabi’s withdrawal was cheered by members of the opposition Likud party and it left the ruling coalition with 59 seats in parliament, with the opposition now holding 61.

Since Netanyahu's party was ousted from power, it has sought to crack Naftali Bennett's coalition.

“Bennett and Lapid’s failed government has turned into a minority government,” Yariv Levin, an MP with Likud said. “Now it’s clear the government has lost its right to exist.”

However, Bennett's government remains standing, and it would require a vote of no confidence in the Knesset to bring it down. 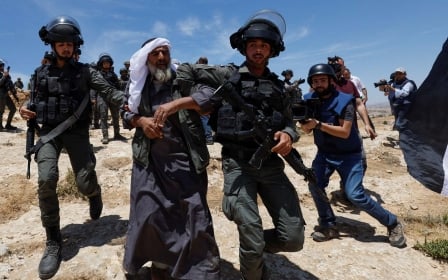 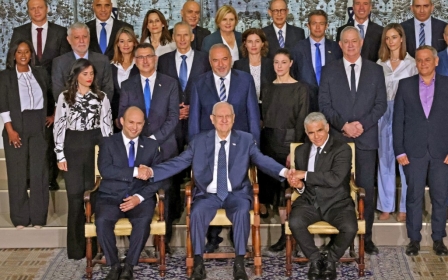 Inside Israel
Israel's new government: The faces and parties you need to know