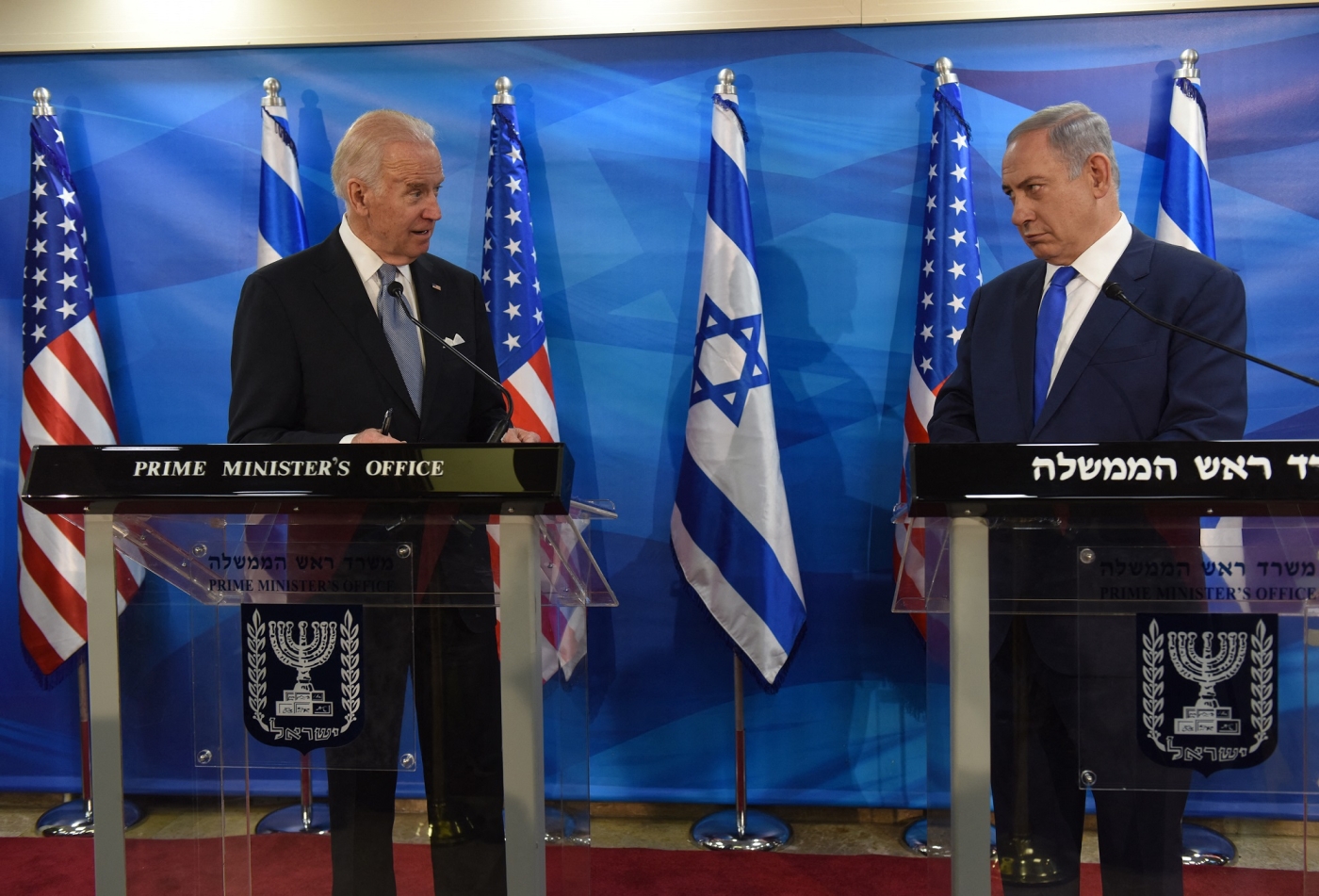 On Wednesday, Israeli ambassador to the UN Danny Danon took the perceived slight to social media, tweeting what he said was Prime Minister Benjamin Netanyahu's office phone number at Joe Biden. He noted that his boss had not been on the growing list of world leaders that the US president had contacted since taking office on 20 January.

The tweet carries more than the weight of an "it's been forever" talk between friends. After four years of the unconditional, precedent-breaking US support Netanyahu enjoyed under Trump, there is a new US administration in town and an election looming in Israel.

@POTUS Joe Biden, you have called world leaders from#Canada#Mexico#UK#India#France#Germany#Japan#Australia#SouthKorea#Russia
Might it now be time to call the leader of #Israel, the closest ally of the #US?
The PM's number is: 972-2-6705555 pic.twitter.com/OYgPvVga6F

Khalil Jahshan, executive director of the Arab Center Washington DC, said Danon's atypical Twitter overture to Biden stemmed from the unusual nature of relations between the two countries, in which the US treats Israel like a "spoiled child".

"It's behaviour typical of a brat," Jahshan told MEE. "When you don't get your way - even on minor things - you feel like it's a zero sum game. That's the only way to put this type of complaint in context."

Despite the Israeli protest about Biden's apparent snub of Netanyahu, the new US administration has been nothing but reassuring towards Israel, to the dismay of Palestinian rights activists.

Biden, a strong supporter of Israel throughout his long political career, has pledged never to impose conditions on US military assistance to Israel and to keep the American embassy in Jerusalem.

The newly confirmed Secretary of State Tony Blinken has also said the US commitment to Israel's security remains "sacrosanct", while the administration's envoy to the UN, Linda Thomas-Greenfield, has vowed to shield Israel from criticism in the international community. National Security Adviser Jake Sullivan has said Washington would consult with Israel on "all matters of regional security".

Despite such support, Biden has recommitted Washington to the two-state solution and said he intended to resume aid to Palestinians - and revive the nuclear deal with Iran.

Jahshan said Netanyahu's government had "maximalist expectation from Washington" after the Trump presidency. "They do not want to roll back the relationship into a conventional relationship."

And after Netanyahu used his close ties to Trump for domestic political gains, many of his domestic critics have been raising concerns about the fact Biden has not yet called the prime minister, Jahshan added. 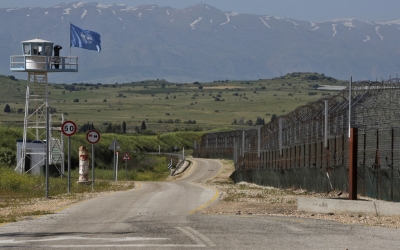 Israeli elections that could decide Netanyahu's political fate amid legal trouble are set for March.

"The Israeli media, particularly the liberal media, is using it to tweak Netanyahu, to tease him," Jahshan told MEE. "And that is embarrassing on the domestic scene... Before the elections, they are basically trying to portray Netanyahu as having messed up the special relationship with the United States."

Recent history shows that it is uncommon for a new US president not to phone Israeli leaders shortly after taking the oath of office.

Former President Donald Trump called Netanyahu on January 22, 2017 - two days after being sworn in - and invited the Israeli premier to the White House. The paid had a "warm conversation", according to a statement by the Israeli government.

The White House at the time said Trump and Netanyahu "agreed to continue to closely consult on a range of regional issues, including addressing the threats posed by Iran".

Trump's predecessor, Barack Obama, had phone conversations with both then-Israeli Prime Minister Ehud Olmert and Palestinian President Mahmoud Abbas on his his first full day in office, but it remains unclear who received the first call.

"He used this opportunity on his first day in office to communicate his commitment to active engagement in pursuit of Arab-Israeli peace from the beginning of his term, and to express his hope for their continued cooperation and leadership," a White House spokesperson said at the time.

In January 2001, a newly elected George W Bush called Ehud Barak, then Israeli prime minister, a week into his tenure after an unsuccessful round of negotiations between Israelis and Palestinians in Egypt's Sinai.

"President Bush reaffirmed the close relationship with Israel and his desire for peace in the region based on a secure Israel," a US National Security Council spokesperson said after the call.

Aaron David Miller, a senior fellow at the Carnegie Endowment for International Peace and a former diplomat who worked on Palestinian-Israeli talks, suggested the absence of a call does signal a new approach from Washington.

"Memo to all interested parties. A call will come. But a clear message is being sent. Netanyahu was Trump's 3rd call. To quote Dorothy, we're not in Kansas anymore," Miller wrote in response to Danon's tweet. 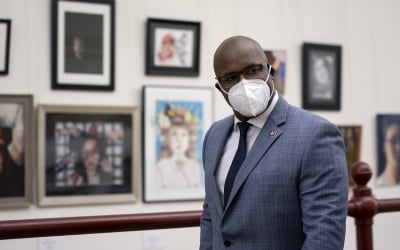 By 10 February, Biden had still not called Netanyahu. But the US administration has established official contact with the Israeli government. National Security Advisor Jake Sullivan spoke to his Israeli counterpart last month. Blinken also had a phone call with Israel's Foreign Minister Gabi Ashkenazi.

American statements describing the calls portrayed them as friendly conversations emphasising the partnership between the US and Israel.

"Foreign Minister Ashkenazi and Secretary Blinken acknowledged the steadfast partnership between the United States and Israel, and that the two countries would work closely together on challenges ahead," a State Department readout of the call said.

At the same time, Hady Amr, deputy assistant secretary of state for Israeli-Palestinian affairs, contacted Palestinian Authority Civil Affairs Commission chairman Hussein al-Sheikh in a sign of the US administration's willingness to reestablish Washington's relations with Palestinian officials after years of estrangement under Trump.

Sheikh said in a tweet early in February that he and Amr discussed "bilateral relations, the latest current developments & politics. It was a positive conversation. It was agreed to continue communication".

Blinken has played down the significance of the yet-to-happen call between Biden and Netanyahu, highlighting that the two spoke during the transition before Biden took office. "I’ve talked to my Israeli counterparts on multiple occasions already," the US secretary of state told CNN earlier this week.

Jahshan meanwhile noted that there may be some tensions in the relationship between Biden and Netanyahu.

In 2010, Israel announced a major settlement expansion in East Jerusalem during a visit by then-Vice President Biden. 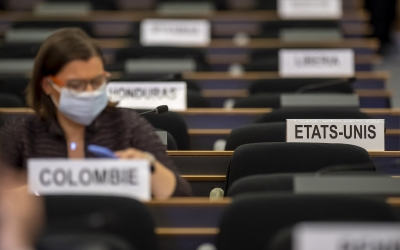 The move was seen as a personal insult to Biden, who denounced it in uncharacteristically stern terms for a US government public statement concerning Israel.

"I condemn the decision by the government of Israel to advance planning for new housing units in East Jerusalem," Biden said in a statement during his visit.

"The substance and timing of the announcement, particularly with the launching of proximity talks, is precisely the kind of step that undermines the trust we need right now and runs counter to the constructive discussions that I've had here in Israel."

Jahshan said the Israeli decision at the time was a "spit in the face" to Biden's efforts to revive peace talks.

"He hasn't forgotten the mistreatment that he has received from Netanyahu before, there is no doubt about it." 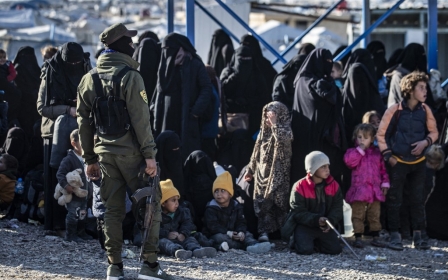 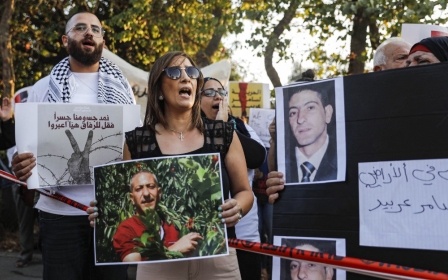 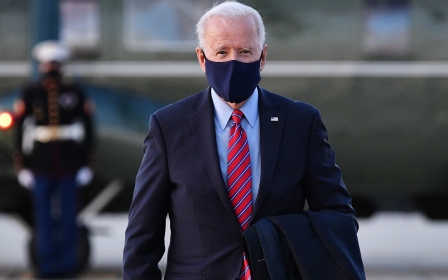