Trump's gifts to Israel: Jerusalem, the Golan and now the settlements

Since coming into office, the US Trump administration has promoted Israeli interests at the expense of the Palestinians 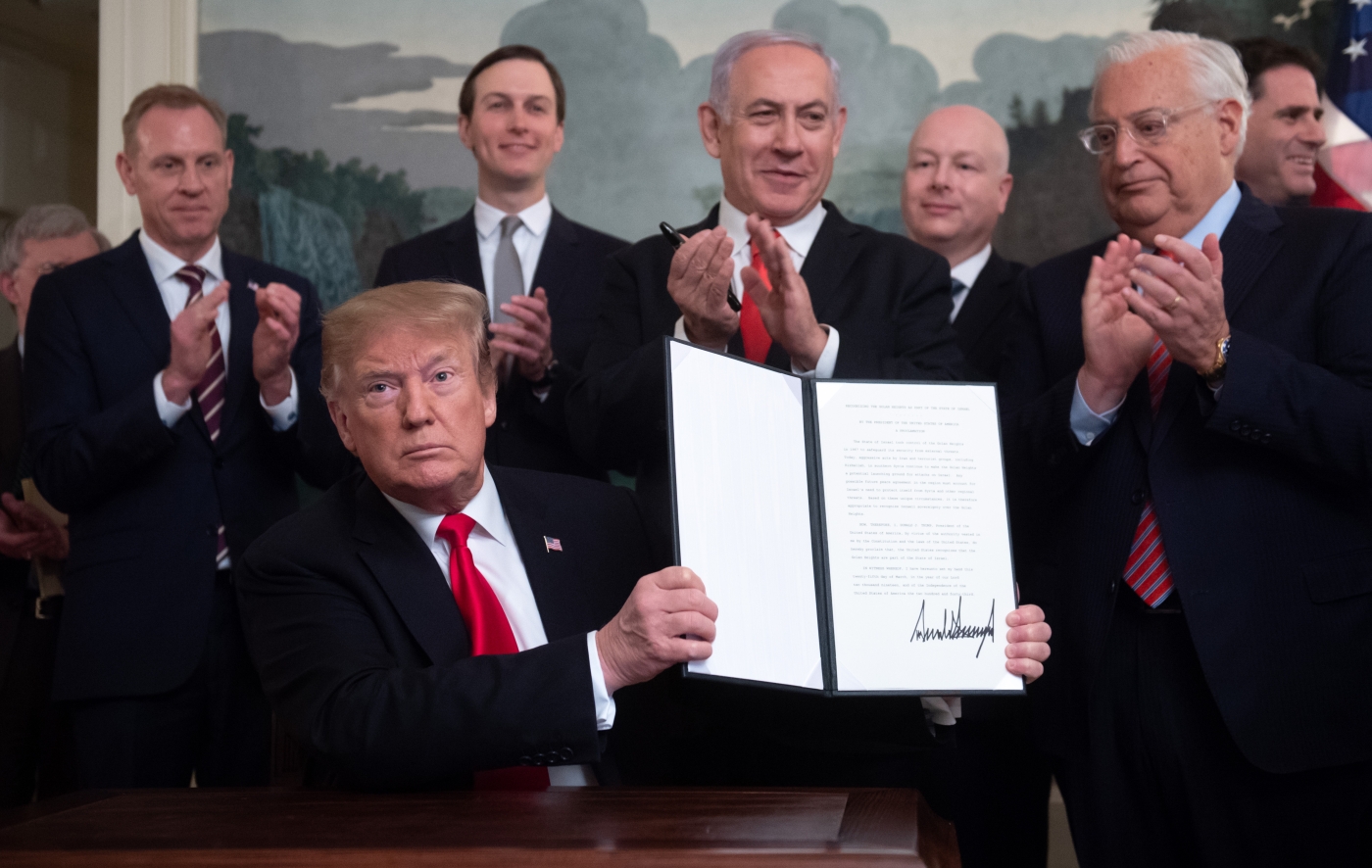 US President Donald Trump holds up a signed Proclamation on the Golan Heights alongside Israeli Prime Minister Benjamin Netanyahu at the White House, March 2019 (AFP)
By
Mustafa Abu Sneineh

In June he said that Palestinians are not yet capable of governing themselves, though conceded: "I do think they should have self-determination."

When his Bahrain economic summit fell flat as Palestinians boycotted it over the United States' bias towards Israel, Kushner described Palestinian Authority officials as “hysterical and stupid".

When it was announced in September he was leaving his post, Trump tweeted that "his dedication to Israel and to seeking peace between Israel and the Palestinians won't be forgotten. He will be missed”.

Meanwhile David Friedman, US ambassador to Israel, has been the Israelis' chief cheerleader since taking office in May 2017, telling the New York Times that “under certain circumstances, I think Israel has the right to retain some, but unlikely all, of the West Bank".

The US ambassador was seen taking a hammer to a wall in the ancient archeological site with particular zeal, in an event organised by settler group ELAD.

More than 700,000 Palestinians were forced from their land in the events leading to the establishment of the state of Israel in 1948.

Surviving refugees and their descendants still live in camps in neighbouring Arab countries, the West Bank and Gaza Strip, many in poverty.

Returning the favour, Netanyahu announced that Israel was renaming an illegal settlement in the Golan as Trump Hill.

"All Israelis were deeply moved when President Trump made his historic decision," Netanyahu said in a video statement. 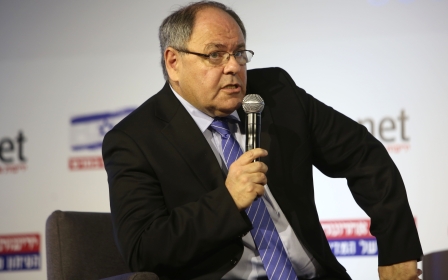 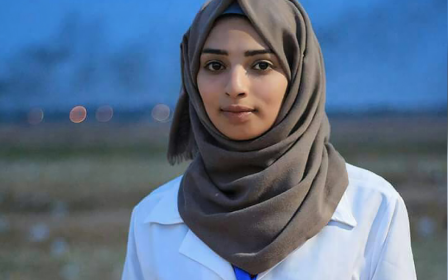