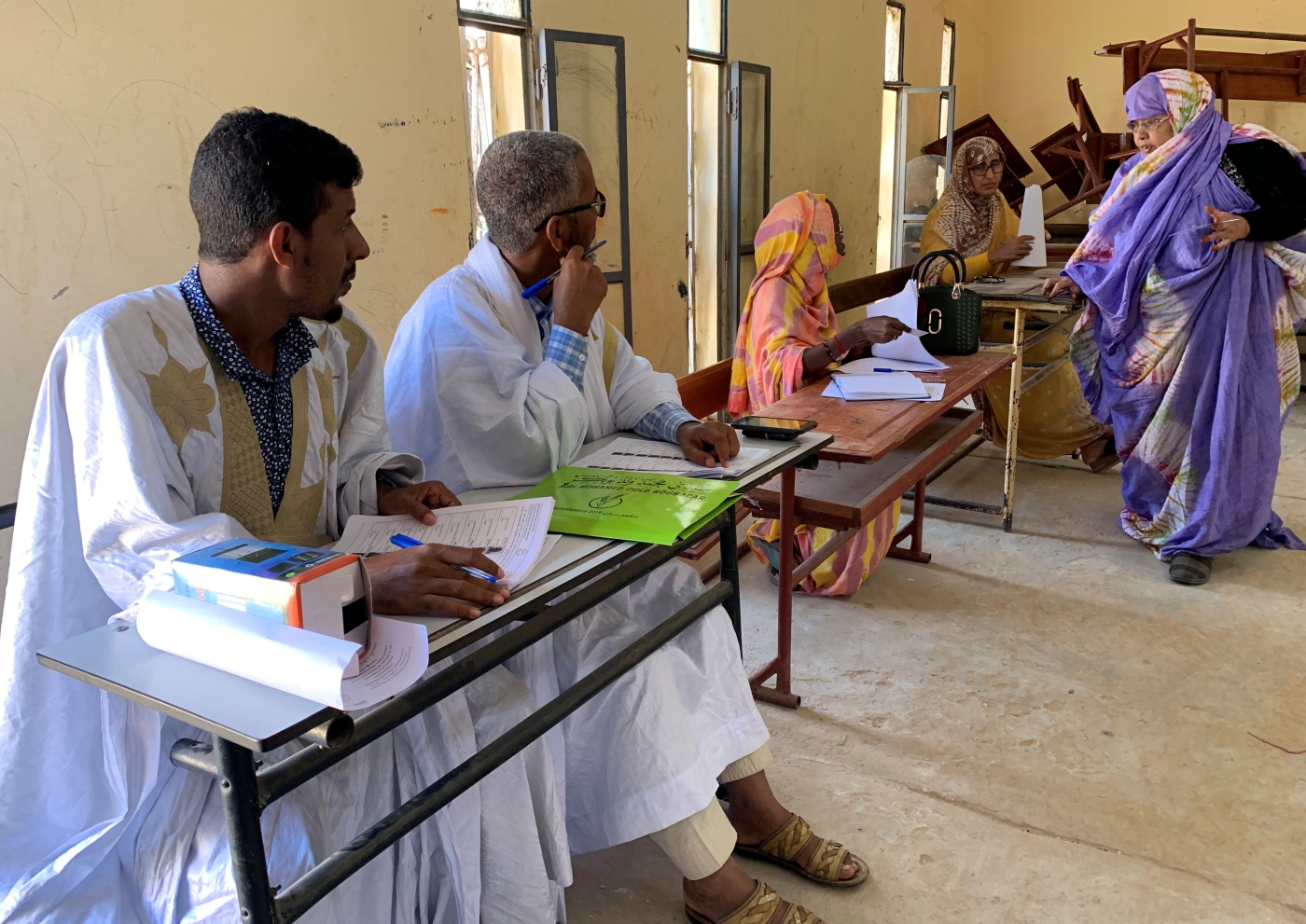 Three candidates who lost in Mauritania's presidential elections have filed an appeal, alleging irregularities in the vote, as small-scale protests against the results took place across the capital. "We noted that there was multiple voting and many other irregularities," anti-slavery campaigner Abeid said during a joint news conference in Mauritania's capital Nouakchott on Wednesday, Reuters news agency reported.

The Constitutional Council is expected to review the appeals and make a ruling by the end of the week.

In the wake of the election, small-scale opposition protests have erupted around the country's capital, Reuters reported.

According to the interior ministry, at least 100 protesters have been arrested for plotting with "foreign hands" against the state, the news agency said.

Opposition leader Abeid challenged the allegations, accusing the government of purposely trying to stir up a diplomatic row with Mauritania's southern neighbours by detaining citizens of Mali, Senegal and Gambia, Reuters reported.

Before Saturday's vote, opposition candidates voiced concern over the fact that ballot papers were printed by a private company that is said to be pro-Ghazouani.

For his part, third-place candidate Boubacar also complained about a lack of international observers on election day. Meanwhile, the African Union (AU), which rarely challenges electoral outcomes, said it was satisfied with the election process.

The first-place candidate, Ghazouani, is expected to replace President Mohammed Ould Abdel Aziz, 62, who, since seizing power in a 2008 coup, has positioned himself as an ally of the West in the fight against militant Islamists.

Ghazouani helped Aziz during the 2008 coup and was appointed army chief at the time.

Success followed Aziz again in 2014 in an election boycotted by several opposition groups.

On the day of last week's election, Abeid, the son of two former slaves, told supporters outside a designated polling place that the current government was "corrupt" and perpetrating "injustice".

Abeid is a member of the Haratin community, poor descendants of African slaves, which are the largest, but also the most disadvantaged of the ethnic groups comprising Mauritania's hierarchical society.

Dicko Dicko, general secretary of the France-based rights group Haration Association of Europe, told Middle East Eye that many Haratins could not vote in the election "because they are enslaved and don't have ID cards or documents".

While slavery in Mauritania was outlawed in 1981 and criminalised in 2007, the practice continues today.

Estimates vary, but according to the Global Slavery Index there are 90,000 slaves in Mauritania, totalling two percent of the population.