Netanyahu given first chance to form Israel's next government

Israeli prime minister has 28 days to cobble together parliamentary majority 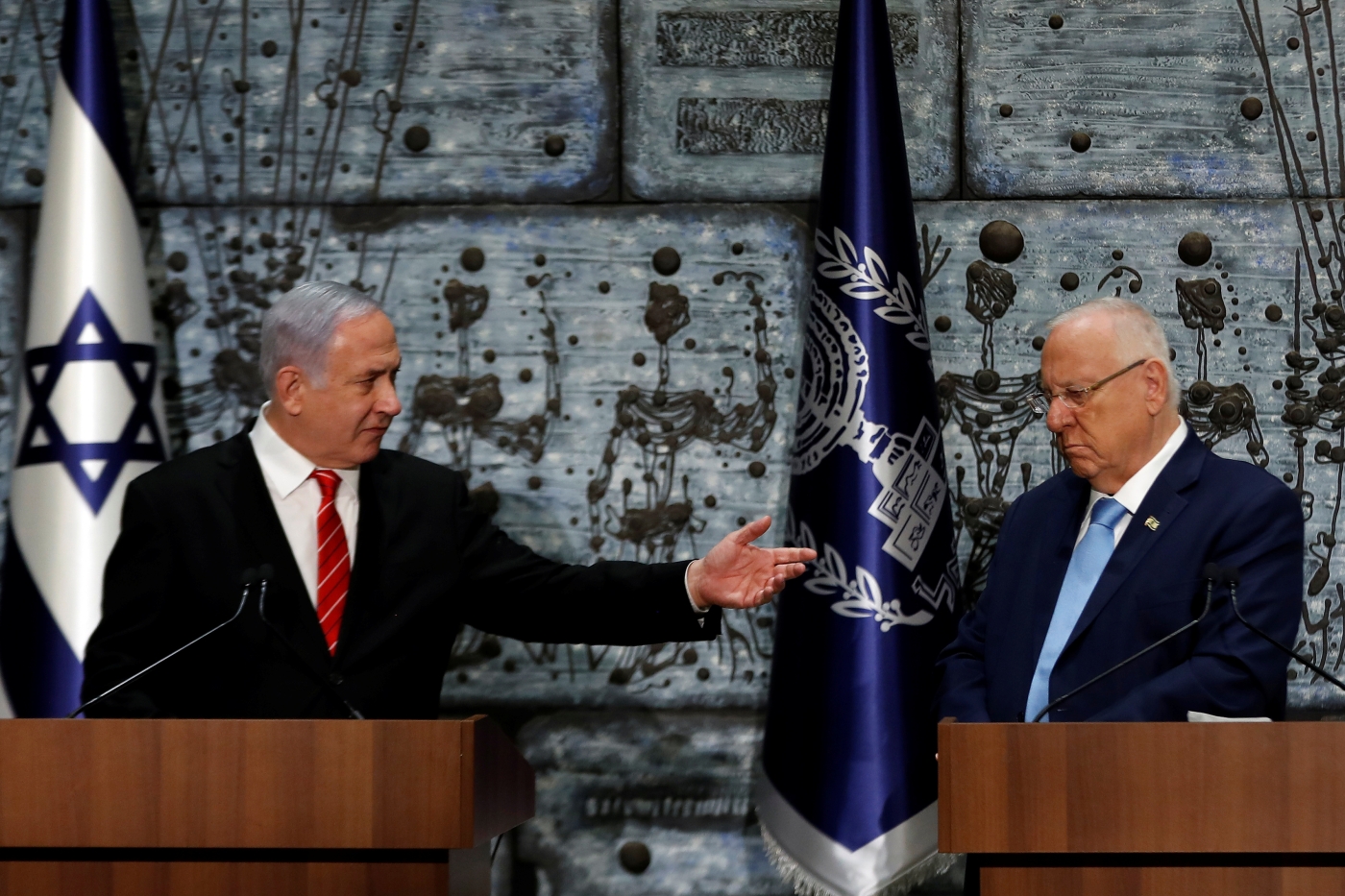 Despite having fewer seats than his political rival Benny Gantz, Benjamin Netanyahu has been given the first chance to form a government in Israel following this month's election, Israeli President Reuven Rivlin's office confirmed.

At a ceremony announcing his decision on Wednesday, Rivlin said Netanyahu has a "higher" ability to assemble a ruling coalition than Gantz.

"It became clear that neither Netanyahu nor Gantz had the 61 seats necessary to form a government," Rivlin said, as quoted by Reuters.

The vote on 17 September did not produce a clear winner, with Gantz's Blue and White party winning 33 seats compared with 32 for Netanyahu's Likud - both falling well short of a 61-seat majority.

Netanyahu did not rule out the possibility of a unity government after accepting the nomination on Wednesday.

"If I don't succeed, I will return the mandate to you and with the help of God and Israel's citizens and yourself, Mr President, we will establish a broad national unity government down the line," he said.

Netanyahu now has 28 days to put together a ruling coalition backed by a majority in the parliament - a task he failed to achieve a few months ago.

Netanyahu, who is Israel's longest-serving prime minister, had claimed victory in the last election on 9 April. Still, he was not able to form a ruling conservative bloc with smaller right-wing parties.

The re-run election earlier this month produced a similar outcome.

Counting the support of smaller parties, Netanyahu has the backing of 55 legislators, one more than Gantz's 54 - both still without a majority.

Avigdor Lieberman's Yisrael Beiteinu party, which has eight seats, has not pledged support for either candidate.

Lieberman, a right-wing former foreign minister, refused to back Netanyahu in April.

The Joint List, which includes Palestinian citizens of Israel, emerged from the elections as Israel's third-largest party with 13 seats.

Ten MPs from the Joint List backed Gantz for the premiership to help block Netanyahu's path for another term, but three legislators abstained over his role as army chief during the 2014 Gaza war.

Immediately after the elections earlier this month, Netanyahu called for a "strong Zionist government" that would exclude Palestinian Israeli parties.

"There won't and cannot be a government supported by anti-Zionist Arab parties who deny the existence of Israel as a Jewish and democratic state, who glorify bloodthirsty terrorists who murder our soldiers," Netanyahu said in the early hours of 18 September.

Netanyahu's failure to form a coalition may spell the end of his political career, as he faces multiple investigations into several corruption cases. 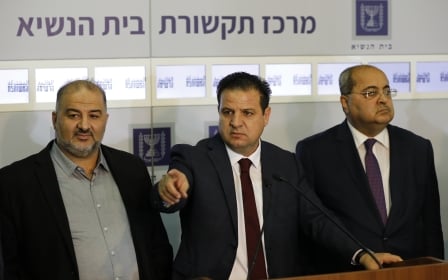