Human Rights Watch says there are growing fears over the safety of Mohammed bin Nayef, who was arrested last March, and other political detainees Mohammed bin Nayef was ousted by Mohammed bin Salman, his younger cousin, in a palace coup in June 2017 (AFP/File photo)
By
MEE staff

The health and wellbeing of former Saudi Crown Prince Mohammed bin Nayef and several other political detainees are at risk, following the "devastating deaths of prominent detainees in suspicious circumstances", Human Rights Watch has warned.

The current location of bin Nayef, who was arrested last March, remains unknown according to the New York-based rights group. While the 60-year-old has been allowed to speak with some members of his family over the phone, some of those calls have reportedly been made under duress.

"Saudi authorities appear intent on making certain detainees and their loved ones suffer even further by denying them the ability to hear each other's voices and know for certain they are okay," Michael Page, HRW's deputy Middle East and North Africa director, said in a statement on Sunday. 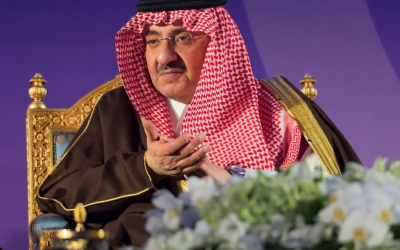 'Nobody can see him': Lawyers of detained Saudi prince sound alarm
Read More »

"All prisoners should be allowed unfettered communication with their families and the world outside their prison cells, but especially so during these trying times," he said.

The denial of visits from bin Nayef's personal doctor has raised "serious concerns", HRW said, given that the former crown prince's lawyers do not know whether he has been receiving treatment for his diabetes.

"The families of detainees held incommunicado should not have to spend another day anxiously wondering what has become of their relatives," Page added.

Mohammed bin Nayef was ousted by Mohammed bin Salman, his younger cousin, in a palace coup in June 2017. At the time, it was believed that bin Nayef, who has suffered health problems, was being held under house arrest after he was stripped of all his governing powers.

Prior to his ousting, bin Nayef was seen as the most significant rival for the throne. He controlled the country's security forces, developed close ties to western intelligence agencies and remains popular among conservatives sidelined by the crown prince.

Last month, bin Nayef's lawyers told the Financial Times that their client's location has been unknown since security forces arrested the prince, his brother Prince Nawaf and his uncle Prince Ahmed bin Abdulaziz during a mass purge of senior Saudi royals in March.

Sunday's statement also said that the rights group sent a letter to Riyadh's Ministry of Foreign Affairs on 3 September, requesting access to the detainees in order to check on their safety and wellbeing.

"Our staff have visited prisons in numerous countries to document conditions and provide credible, independent assessments of the treatment of detainees," Adam Coogle, HRW's other deputy Middle East and North Africa director, said in the letter.

"We seek your permission to visit these detainees in the facilities in which they are held and to meet with them privately to ensure their wellbeing." 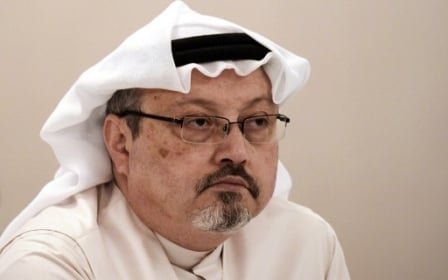