Protesters were arrested at anti-government rally in Omdurman, near capital Khartoum 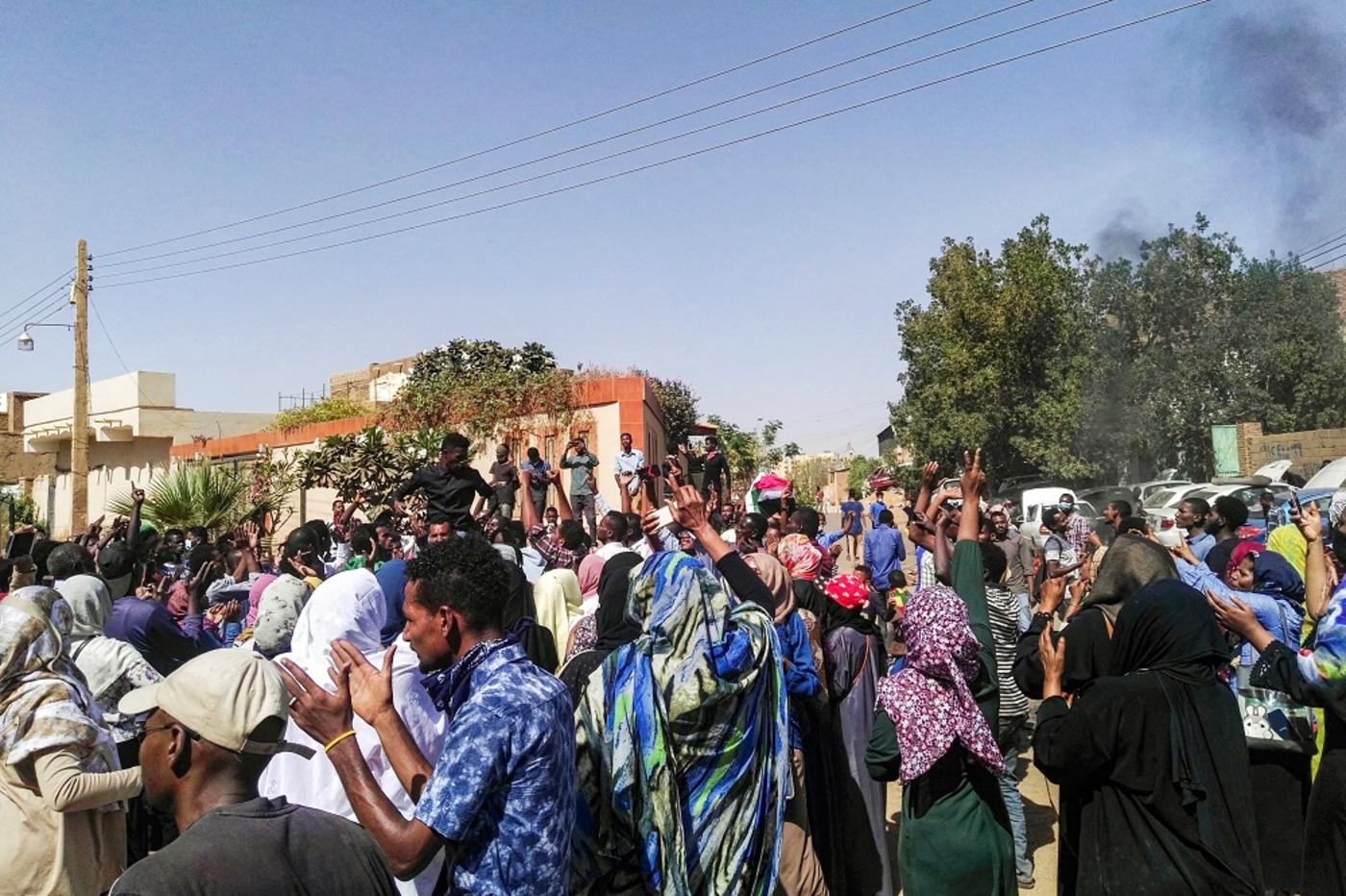 An emergency court in Sudan has sentenced three protesters to six months in prison for taking part in an anti-government rally, as demonstrations continue against President Omar al-Bashir's rule.

The three protesters, who include two female university students, were sentenced on Wednesday by an emergency court in Omdurman, the Sudanese capital Khartoum's twin city, their lawyer told AFP.

Lawyer Enaam Atieg told the news agency that the female students were arrested earlier in the day for taking part in a protest in Omdurman.

"We will file an appeal for the three protesters tomorrow," Atieg said.

Protests have taken place across Sudan since 19 December.

While they first erupted as a result of public anger over a rise in living costs, the mass rallies have since morphed into a nationwide call for Bashir to resign.

The Sudanese president triggered a state of emergency in response, putting a set of restrictions in place across the country in a bid to stem the unrest, including a ban on unauthorised protests.

Still, the rallies have continued in defiance of the emergency as the protesters have rejected the government's efforts to stymie their demands.

The Democratic Lawyers Alliance, a legal group that is part of the protest movement, confirmed the sentencing against the protesters on Wednesday, AFP reported.

The group slammed the court's decision as an "aggressive punishment".

Groups of protesters had staged a rally in Omdurman earlier in the day, but they were quickly dispersed by riot police, witnesses told AFP.

Scores of anti-government protesters have been tried in emergency courts since they were established. Some of the demonstrators have been sentenced to between six months and five years in prison.

In early March, a Sudanese appeals court threw out sentences handed down to eight anti-government protesters.

Opposition activists and their relatives who are being tried have accused Bashir of using emergency laws and special courts to put pressure on those involved in the protest movement.

The state of emergency was initially set to last for one year, but the Sudanese president later reduced it to six months.

Officials say 31 people have died in protest-related violence since December, but Human Rights Watch has put the death toll at 51, including children and medics.