Letter says annexation may jeopardise Israel's relations with Europe and Arab countries, but mentions no consequences for US-Israeli ties 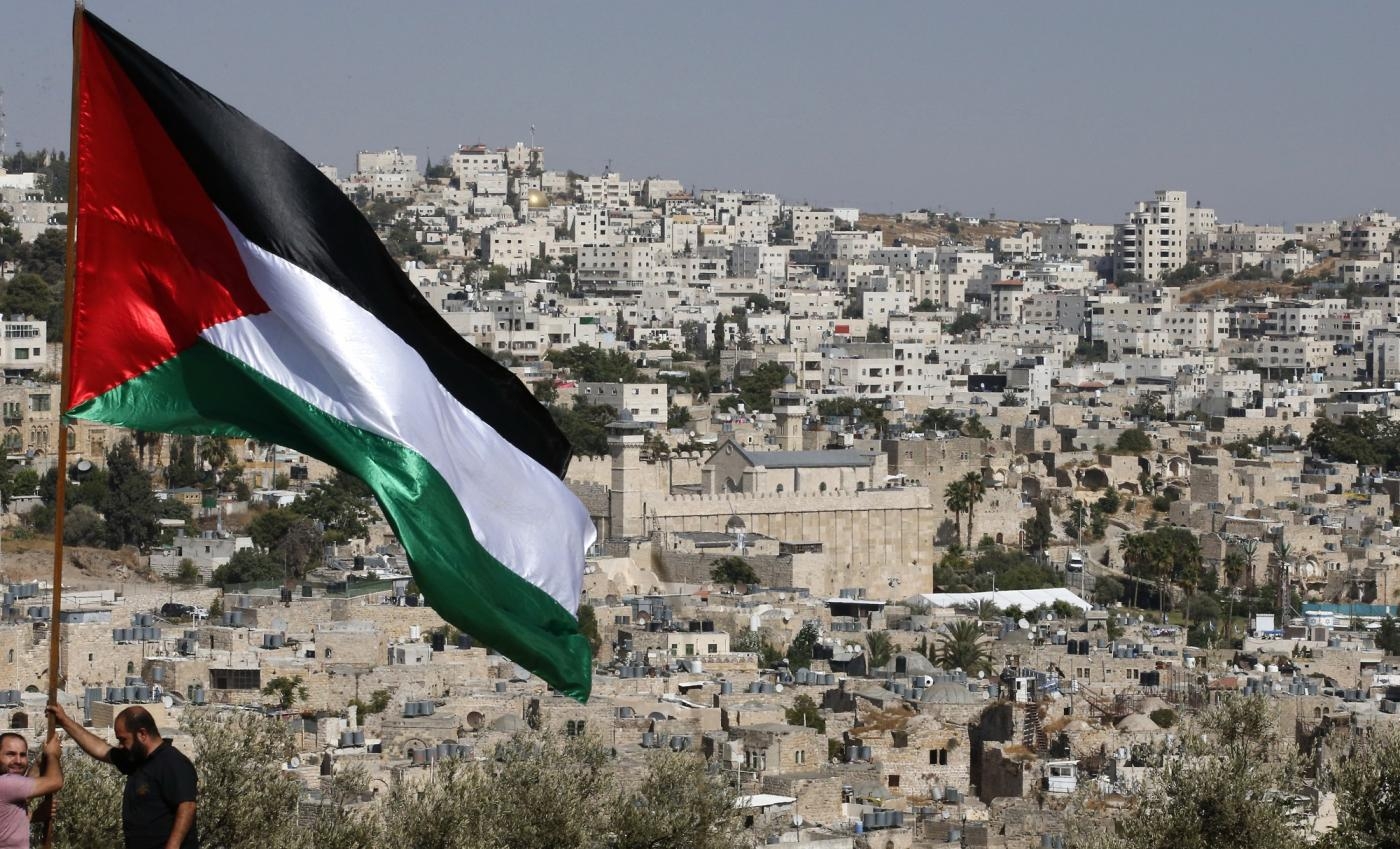 Letter frames annexation as bad for Israel, addresses its government in advisory tone (AFP/File photo)
By
Ali Harb
in
Washington

Democrats in the US House of Representatives are circulating a letter cautioning Israel against annexing parts of the Palestinian West Bank, with a statement that expresses "deep concern" but fails to mention any potential consequences from Washington.

The letter, first revealed by the Jewish Telegraphic Agency on Tuesday, comes as an Israeli government deadline approaches for starting the process of annexation on 1 July.

The letter, addressed to Israeli leaders including Prime Minister Benjamin Netanyahu, cautions Israel that "unilateral annexation" may harm its relations with Arab neighbours and "European friends", but does not refer to US-Israeli ties.

"As committed partners in supporting and protecting the special US-Israel relationship, we express our deep concern with the stated intention to move ahead with any unilateral annexation of West Bank territory, and we urge your government to reconsider plans to do so," it says.

The statement follows a somewhat more strongly worded letter from the Senate, which failed to garner any support beyond 21 senators.

The Senate letter warned that annexation "would likely erode the strong support among the American people for the special relationship and diplomatic partnership with the United States that Israel currently enjoys."

According to Peter Beinart, of Jewish Currents, the Democratic senators behind the letter watered it down in order to make it more appealing to their pro-Israel colleagues. The original draft, led by senators Chris Murphy, Chris Van Hollen and Tim Kaine, contained a sentence saying annexation may diminish popular support for US security assistance to Israel.

The letter still failed to get the signatures of even half of the Democratic caucus.

The now-circulating House letter seems to be a weaker version of the already watered-down Senate statement.

Palestinian-American activist Ahmad Abuznaid called the House Democratic effort a "joke" for failing to put any pressure on the Israeli government.

He said the US enabling of Israel's policies against the Palestinians is not merely akin to letting friends drive drunk, but is more "like a parent continuing to support and fund their child’s alcoholism and reckless endangerment of others".

"The US actually has the opportunity to eliminate these types of decisions by taking advantage of the enormous power dynamics at play here," Abuznaid told MEE.

The US Campaign for Palestinian Rights (USCPR), a Washington-based advocacy group, also voiced disappointment over the letter.

"Israel is formalising its long-time, de facto annexation of Palestinian lands because it knows that the only thing the US government will express is 'concern' for its violations of international law, Palestinian rights, lives, and land while simultaneously providing Israel with political cover at the United Nations and writing them blank check after blank check," USCPR manager of policy and advocacy campaigns Sana Siddiq told MEE.

"It is long past time for accountability and divesting from military funding to Israel."

Top congressional Democrats and presidential nominee Joe Biden have repeatedly ruled out conditioning aid to Israel to pressure it to end its abuses against Palestinians, an idea that has been championed by Senator Bernie Sanders and other progressives.

The statement stresses support for a two-state solution and emphasises US-Israeli ties in an advisory tone that frames annexation as bad for Israel, but renders its consequences for Palestinians as a secondary concern.

"We remain steadfast in our belief that pursuing two states for two peoples is essential to ensuring a secure, Jewish, democratic Israel able to live side-by-side, in peace and mutual recognition, with an independent, viable, de-militarized Palestinian state," the letter reads.

In 1947, the United Nations General Assembly voted to partition historic Palestine, which was then under British control, into two states, one for Palestinians and another for Jews. The following year, Israel declared its independence and took control of 78 percent of the land - far more that allowed by the UN partition plan.

The Palestinian Authority has long sought to establish its own state on the remaining 22 percent for what had previously been the British Mandate of Palestine - namely Gaza and the West Bank, including East Jerusalem. 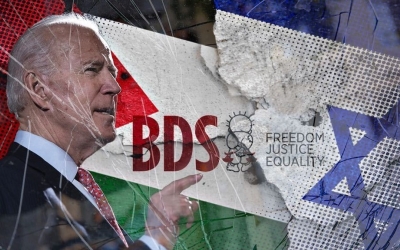 Israel then took control of those areas, along with Syria’s Golan Heights, during the 1967 War. While occupation is temporary by nature, Israel began building Jewish settlements in the newly conquered areas in violation of international law, which prohibits countries from transferring their civilians into occupied territories.

Israel subsequently annexed East Jerusalem in 1980 and the Golan Heights a year later. But the international community, including the United States, has refused to legitimise Israel’s claims to those areas.

Still, over the past three years, President Donald Trump reversed decades of US policy by declaring Jerusalem as the capital of Israel and recognising Israel’s claim of sovereignty over the Golan - to the cheers of many top Democrats in Congress.

State Department and White House officials have said they support annexation within the context of Trump’s "deal of the century" plan, which would allow Israel to keep all of its West Bank settlements in exchange for recognising a disjointed Palestinian state without control over its borders or airspace.

Legal scholars argue that annexation would not only be illegal, it would breach a fundamental tenet of international law that is at the core of the modern world order - the prohibition of acquiring land by force.

For example, in 2018 British Prime Minister Boris Johnson, who was foreign minister at the time, said the Russian annexation of Ukraine’s Crimea threatened global security.

"The security of every nation depends on the essential principle that countries should not change borders or acquire territory by force. That is why the fate of Crimea matters to all of us," he wrote.

But for pro-Israel Democrats, the looming annexation of the West Bank raises a set of political challenges at home.

Many US politicians have long balanced their unquestioning support for Israel with advocacy for the two-state solution. 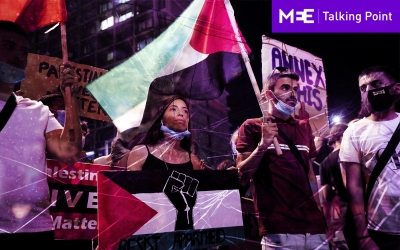 Live discussion: How will the world respond to Israel's annexation plans?
Read More »

Establishing a viable Palestinian state is already difficult to achieve because of the continuous growth of settlements; it would be all but impossible if Israel claims sovereignty over lands between and around Palestinian communities in the occupied West Bank.

Besides finishing off the almost-dead two-state solution, such a blatant violation of international law would pressure Democratic politicians to criticise Israel at a time when their base is growing increasingly more sympathetic towards Palestinians.

Meanwhile, Trump has been promoting his anti-Palestinian policies in an attempt to court pro-Israel Democrats, including a US Jewish community that traditionally favours Democratic candidates and liberal policies.

Still, he received a resounding rebuke last year after accusing Jewish Americans who vote for Democrats of being "very disloyal" - perpetuating the antisemitic trope of dual loyalty.

Many Democrats who disagree with Trump on most policy positions have been reluctant to meaningfully oppose annexation.

Abuznaid said centrist Democrats are trying to be close to the pro-Trump Israeli government at the expense of their own base, particularly young people who recognise and support Palestinians’ human rights.

"Right now we see such a strong alignment between Netanyahu and Trump, and the Democrats would love to be Netanyahu’s best friends again," he told MEE.

"The Democrats want to please a war criminal, someone who has allegations of corruption via his own government. They would like to get close to that kind of leader while their base and the younger people are telling them: 'We are done supporting apartheid. We are done financing the occupation of Palestinian land and the Palestinian people'." 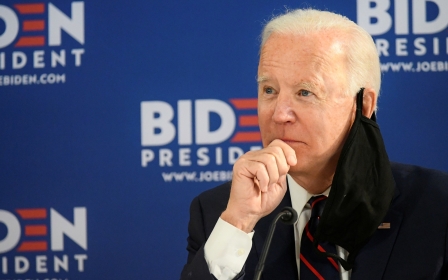 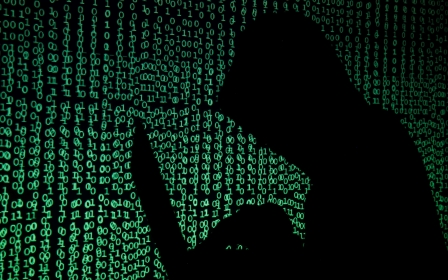 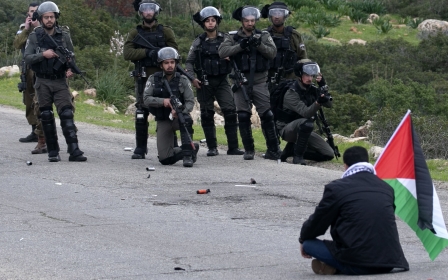