US election 2020: Some Muslims in Iowa will caucus in their own mosques 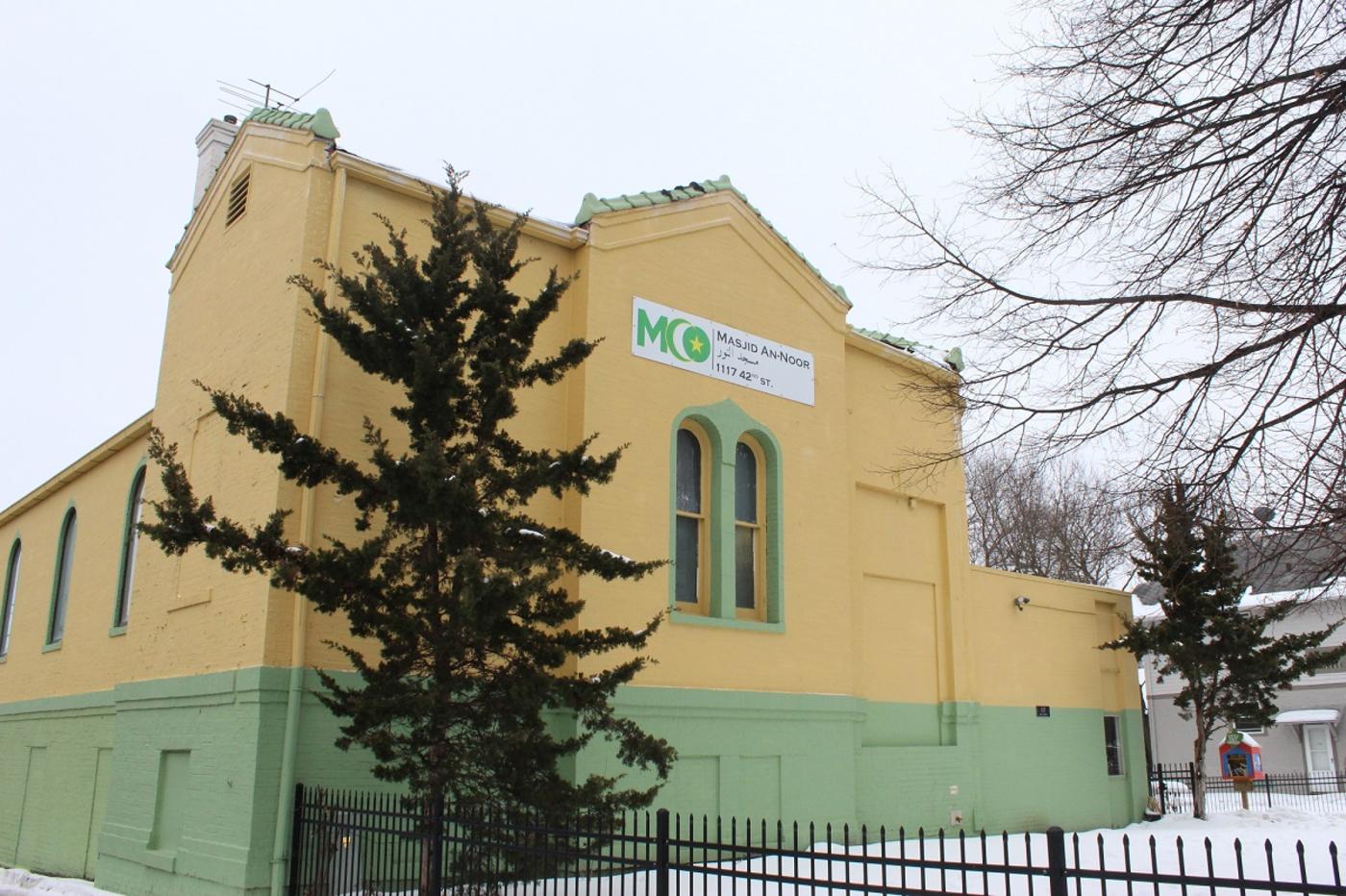 The Muslim Community Organization, along with four other mosques, will host caucus-goers (MEE/Ali Harb)
By
Ali Harb
in
Des Moines, Iowa

As soon as communal prayers ended at a mosque in Des Moines on Friday, Imam Jaaphar Abdul Hamed turned to worshippers to remind them that the state's caucuses to pick the Democratic presidential nominee is on Monday.

Such announcements are a common fixture during election season, and are usually followed by instructions to find voters' exact precinct on caucus night.

But those who attended Friday prayers at the Muslim Community Organization were told that the mosque's green and yellow building, along with four other Muslim houses of worship in the area, will host caucus-goers for the first time in the history of the state.

Unlike a primary, participants don't just vote and go. They have to stick around and try to solicit support for their candidate. That's why the location of the caucus is especially important. The Iowa caucuses are hugely important. Here's how they work
Read More »

They are typically held in schools, halls and churches, but this year, mosques have also been added to the list.

The Democratic Party introduced the concept of "satellite caucuses" to make it easier for Iowans who cannot make it to their specific precinct to still participate in the process.

Worshippers at the Muslim Community Organization seemed thrilled by the idea of politicking at their own mosque. They said caucusing at the venue could increase voter engagement, and the familiarity of the location could put participants at ease.

Sabriya Khan, a project manager who was at Friday prayers, said caucusing at mosques demonstrates the political presence of the Muslim community in Iowa.

"It will help with Muslim turnout," she told MEE. "I think it's a way to show the relevance that we've already had, but we've had to prove so many times - that we are consequential."

She added that caucusing, which involves cheering, giving speeches and convincing undecideds to join one's favourite candidate's group can be an "intimidating process" that would be soothed by the "safer environment" at the mosque.

"In this safe environment that we're used to coming to amongst people who become your family, you are able to have more of an opinion in front of them," Khan told Middle East Eye.

Abdul Hamed, the imam of the mosque, echoed Khan's comments. He said hosting the caucus on Monday would motivate Muslims who are sceptical of politics to participate in the elections.

"Selecting this mosque to be a centre for the caucus is a step in the right direction because if you look at the majority of people that will come here, they are Muslims," Abdul Hamed told MEE. "This is another way of involving Muslims in the political process."

Iowa, a mostly rural state of just over 3 million people, plays a major role in presidential elections as the first primary contest in the nation.

Winning Iowa would be a major boost for the Democratic candidates looking to challenge Republican President Donald Trump in the general elections.

And with the typically low number of caucus-goers, which stood at 171,517 people in the 2016 Democratic contest, the state's Muslim minority can play a role in choosing the winner on Monday night.

Candidates seem to be aware of the weight of the Muslim vote and are courting the state's Muslim community.

A Bernie Sanders' campaign volunteer stood outside the Muslim Community Organization on Friday asking worshippers leaving the building to choose the Vermont senator on Monday.

Congresswoman Ilhan Omar also delivered a brief speech in favour of Sanders at the same mosque after Friday prayers.

The Muslim Community Organization, known locally as the 42 mosque because it sits on 42nd Street, is nestled between residential homes and a row of shops near downtown Des Moines.

Even without a large dome and tall minaret - the distinctive architectural features of a mosque - its bright colours help it stand out in the neighbourhood where many snow-covered lawns have become a planting ground for presidential campaign yard signs.

On Friday, the men's prayer room was packed with more than 100 worshippers. Abdul Hamed told MEE that Islam encourages political involvement, stressing that there is "no contradiction" between the religious purpose of the mosque and its serving as a caucus location.

"When the Prophet built his mosque, he didn't build it just for salah (prayer)," the Imam said.

Imtiaz Khan, a Muslim worshiper, also said it was encouraging that Muslim Americans can participate in the political process "within the community" at their own mosque.

"The masjid should be involved because even during the prophet's time, all the decisions were made in the mosque," Khan said.