Senior diplomat says during trip to Oman that US president is ready to talk to Tehran, even after ordering and cancelling air strikes 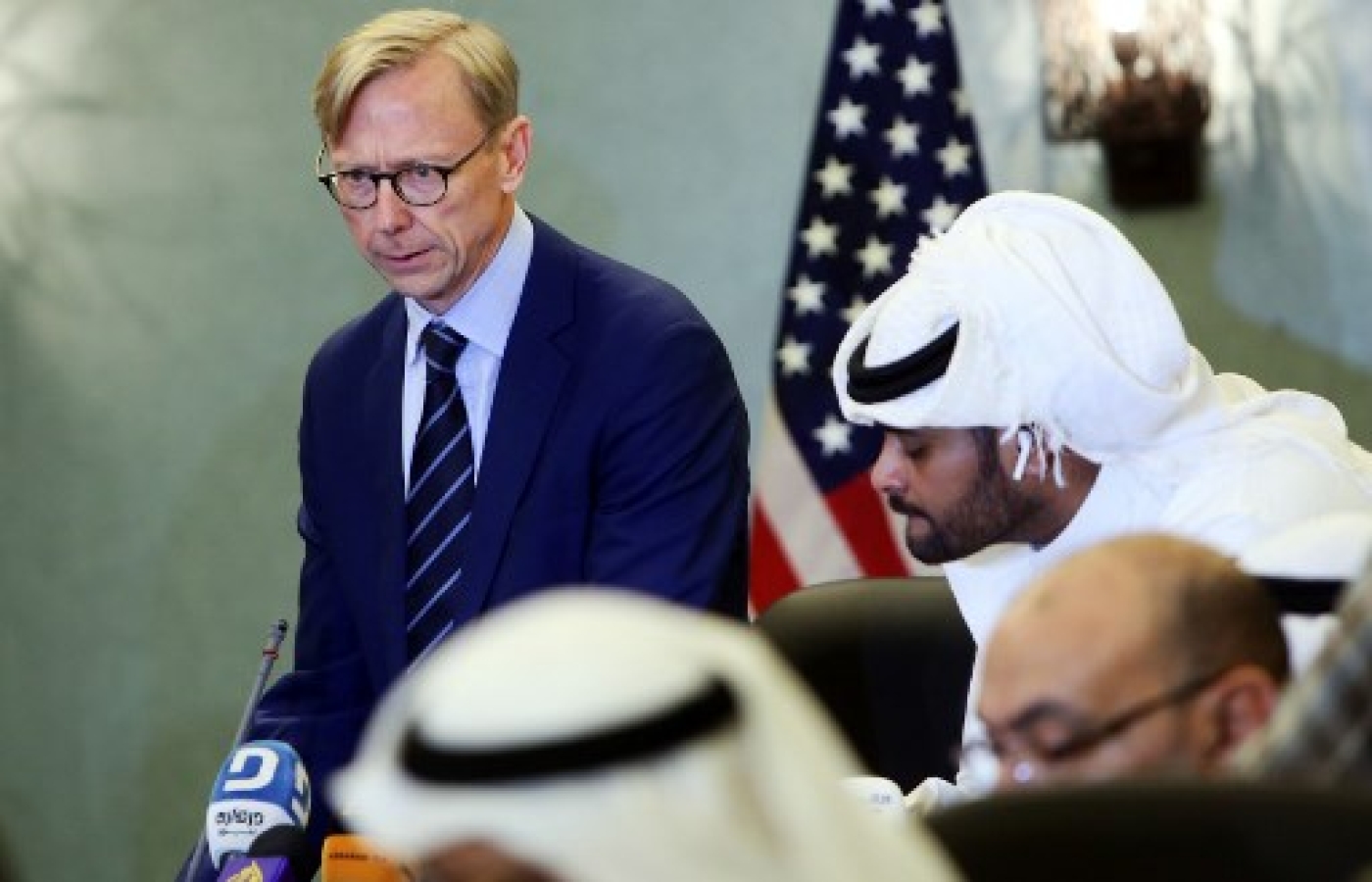 US senior diplamt Brian Hook said President Trump is considering a deal to replace the abandoned 2015 nuclear agreement, as Washington prepares new sanctions on Tehran (AFP)
By
MEE and agencies

The US special representative to Iran said on Monday that President Donald Trump is ready to put a new deal on the table for Iran days after he ordered - and then aborted - an attack on the country.

Speaking from Oman, which has previously served as a buffer between long-term foes US and Iran, Brian Hook told Reuters there was no diplomatic contact, or back channel, between Washington and Tehran at present. Any new deal with Iran would have to be approved by the US Congress, he added.

Tensions have flared in recent weeks across the Arabian Peninsula, with Tehran being blamed by Washington for a slew of attacks on western, Saudi and UAE targets, including oil tankers in the waters of the Strait of Hormuz, the waterway through which shipping must pass to leave the Gulf.

US-Iranian relations have soured since Washington unilaterally withdrew a year ago from a 2015 accord that was hailed as a breakthrough between the long-term foes.

The agreement had restricted Tehran's nuclear activity, and its cancellation saw the restoration of economic sanctions that have depleted the Iranian economy.

Hook said that the 2015 nuclear accord, signed by former President Barack Obama's administration and Iran, was flawed because it had no legal basis.

Tensions in the region almost exploded into open conflict on Friday when US President Donald Trump said he had ordered, and then cancelled, strikes on Iran in response to Tehran's downing of an unmanned US surveillance drone it said encroached its airspace.

Denying these charges, Trump said he stopped the strike 10 minutes before its launch because it would not have been a proportionate response, and instead ordered more economic sanctions to be imposed on Iran.

"This is a president who is very willing to sit down with the regime,"  Hook said in reference to Trump. The veteran diplomat is touring Gulf countries before heading to Paris to discuss US policy with representatives from European countries.

Hook's travels in the Gulf region coincided with Trump posting a series of tweets in which he said "the US request for Iran is very simple - No Nuclear Weapons and No Further Sponsoring of Terror!"

Writing on Twitter, Trump urged countries to do more to protect maritime navigation in the Strait of Hormuz, as his administration gears up for adding more sanctions on Tehran.

Security of navigation along the Strait of Hormuz was the focus of US Secretary of State Mike Pompeo's talks with Saudi leaders on Monday. Following his meeting with King Salman and the crown prince, Pompeo added that "freedom of navigation is tantamount".

As Pompeo arrived in Jeddah, Houthi rebels in Yemen struck Saudi's Abha civilian airport for the second time this month, killing a civilian and wounding 21 others.

The top US diplomat's talks in Saudi Arabia, which will be followed by a stop in the UAE, were inserted into a pre-planned trip to India to align efforts with allies against concerns over Iranian influence in the region.

Iran's foreign minister brushed off on Monday any impact expected from the new economic sanctions.

"We really do not know what [the new sanctions] are and what they want to target anymore, and also do not consider them to have any impact," Abbas Mousavi said at a press conference in Tehran.

"Are there really any sanctions left that the United States has not imposed on our country recently or in the past 40 years?" he added.

Russia denounced US plans to impose economic sanctions, saying such actions would be "illegal".

"We consider these sanctions illegal," Kremlin spokesman Dmitry Peskov said during a briefing on Monday.