'We failed many times': How Sudan's protest leaders seized their moment

The Sudanese Professionals Association has emerged to head the revolution. Can the group convince the military to relinquish power? 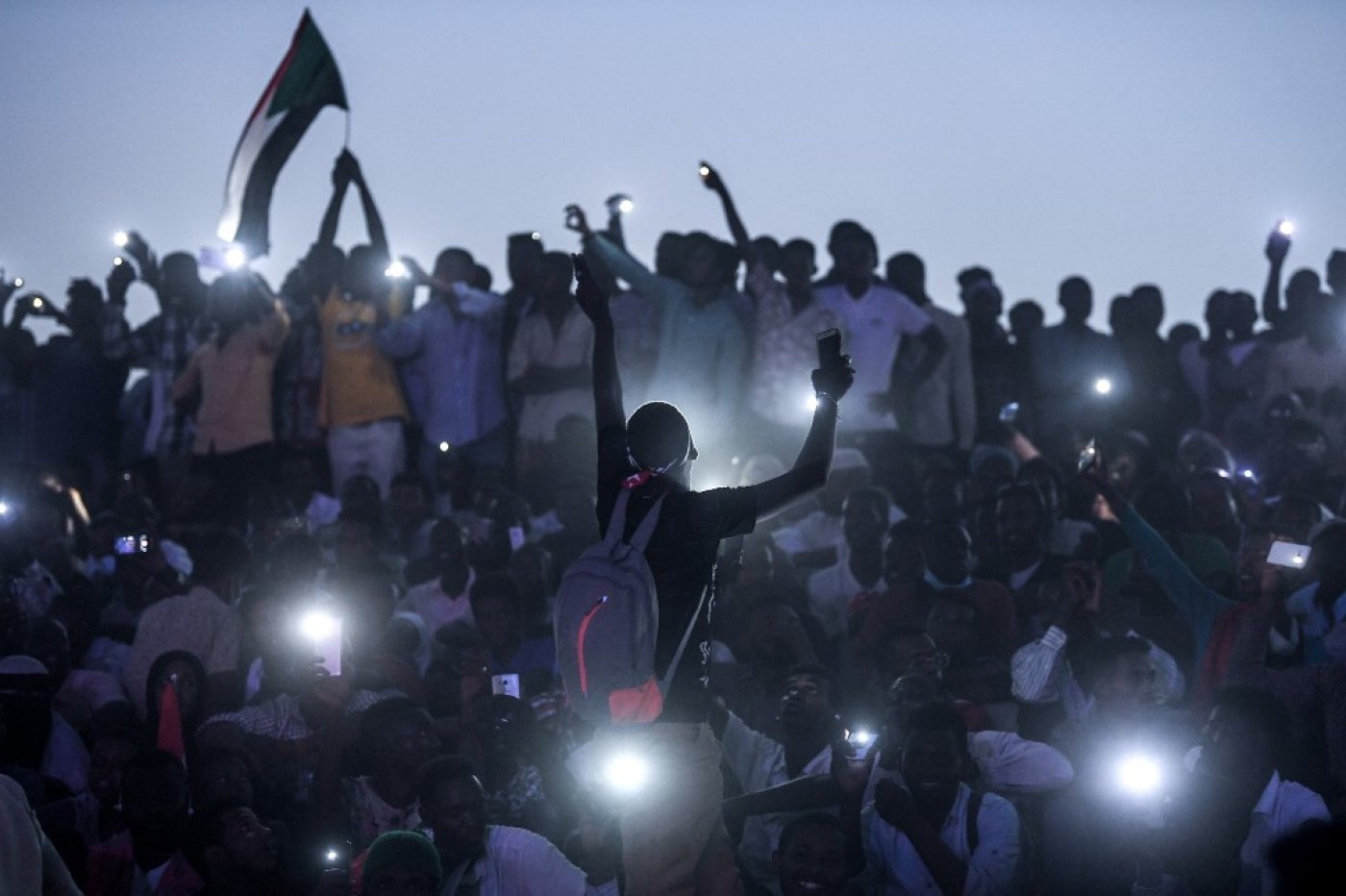 From his time-aged and threadbare office in Khartoum, anthropology professor Mohammed Youssef al-Mustafa has been working since 2010 on rebuilding an independent trade union movement in Sudan.

In that office, he gathered the vestiges of the country's independent labour leaders, who met with the hope of restoring the movement's former glories but were always doubtful of their chances for success in a country where Omar al-Bashir's ruling class had dominated the unions and crushed the creation of any parallel organisations.

But when Bashir was ousted from the presidency on 11 April, after 30 years in power, it was exactly that type of independent trade union, the Sudanese Professionals Association (SPA), which Mustafa is chairman of, that had played the role of rallying the population against the president.

Formed in August, the SPA came to the fore a few months later, when protests started in December. Now it is tasked with negotiating a handover of power from the military council that replaced Bashir to a civilian leadership.

Mustafa had been a member of the rebel Sudan People's Liberation Movement (SPLM), a group that fought Bashir's government and helped give birth t0 South Sudan in 2011. He became a minister in 2005, when the SPLM signed a ceasefire agreement and took on positions in the Sudanese government.

But as it became increasingly obvious to him that the secession of South Sudan, where the group was strongest, was an inevitability, he started to turn his thoughts to what could be done for what remained of Sudan.

"I started to think about how to create an umbrella to salvage the remaining northern part of the country. The idea of creating a coalition of trade unions was brought up by many trade unionists," Mustafa, a professor at the University of Khartoum, told Middle East Eye.

Forging that coalition was difficult. Sudan's security agencies tracked their initial attempts, forcing them to freeze their operations. They tried again in 2012 but could not manage to bring together the various leaders. Their next attempt came in 2013, when austerity measures sparked anti-government protests and a crackdown that killed up to 200.

"“We failed many times, but we were insisting on achieving our goal, so we tried again in 2013, but we also failed," he said.

The SPA began to really take shape in August 2018, as a large and well-organised structure with sub-committees formed of the many professions that had joined the coalition - doctors, teachers, journalists and lawyers among them.

They were acting in response to increasing hardship caused by the country's economic difficulties and associated austerity measures, including the ending of subsidies on fuel, bread, electricity and other essential commodities.

Those same concerns fuelled the anger that on 19 December led to protesters in the northern city of Atbara torching the ruling party headquarters and setting off a chain of daily protests against Bashir's rule.

The SPA soon started organising regular marches on the presidential palace, where they wanted to hand over a petition demanding Bashir's resignation but were consistently met with force, often lethal, by the security forces. By January, they were developing a daily programme of protest activities. 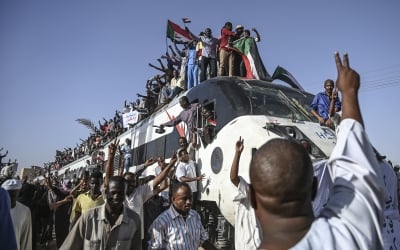 "We kept monitoring the situation closely since the revolution began on 19 December in Atbara, and we [eventually] saw that the anger of our people has defeated the massive force of the ruling party and the inner circles of the old regime," said Mustafa.

He said the SPA is now working on studies about wages for the different professions and on economic inequality in the country, showing how what started as a set of demands on a petition has become something far more substantive.

"The uprising has rapidly expanded in all directions. That was a real moment of change for our movement, from a movement demanding change to one raising more radical political demands," said Mustafa.

Until they were subjugated by Bashir's ruling machinery, Sudanese unions had a strong role in organising against the country's previous autocratic rulers. Atbara, the town where the current protests started, was key to that resistance because it was the heart of the country's railway network, where workers actively organised.

In that same spirit, a train packed with protesters travelled from Atbara to Khartoum on Tuesday, arriving to a welcoming committee of thousands lining the tracks in the capital.

The SPA deeply understands the needs of the youth, their hopes and the right language for reaching them

Mohamed Ali Khogali, a Sudanese expert on social and economic rights, said the SPA now fits into that history of Sudanese trade unions fighting for civilian rights and rule, similar to the coalitions that ended the military rules of Ibrahim Abboud in 1984 and Gaafar Nimeiry in 1985.

"The trade unions garner more popularity and trust during uprisings in Sudan because they don’t have any [political] affiliation, other the demands of the people," he said. "The economic and social demands they raise always brings them close to ordinary citizens."

He said the SPA has also achieved a rare feat in managing to unify protests and create a political alternative to the government without actually being able to address them in person, circumventing the security threat from the regime. Though a few spokespeople like Mustafa are known, many of the other leaders have stayed in the background.

"The hunted SPA leaders have managed to operate underground to protect it from the security forces by using social media to call on people around the entire country to mobilise for protests," said Khogali.

SPA spokesman Mohamed al-Amin Abdul Aziz told MEE that because of the threat of arrest, the leaders had developed a "flexible formula" to react dynamically to the changes in the country.

Social media allowed them to reach the Sudanese people while hiding from the security forces, he said.

"The entire coalition is working towards the same goals that we agreed on from the beginning. This is why we don't need to meet a lot, so we have evaded the security forces," he said.

The SPA's role has changed since Bashir's removal, forcing it to become a more public organisation as it and other groups try to present a civilian alternative to military rule.

This new phase of the protest movement has raised questions about whether the activists who forced Bashir's removal can capitalise on the moment and prevent the ruling military council's "transitional" government becoming permanent.

The general mood among protesters seems to be one of trust in the group after the successes of its organising, which not only included regular marches but also a programme of entertainment and education at the site of a sit-in outside the military headquarters, which has lasted more than two weeks.

Haitham Mustafa, a former captain of Sudan's national football team, used social media to call for protests against Bashir. He said the group has succeeded by connecting with the country's youth. 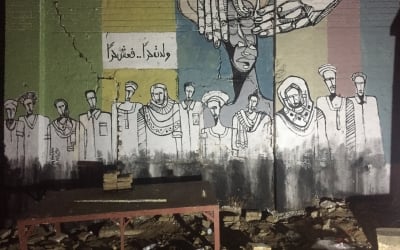 "The SPA deeply understands the needs of the youth, their hopes and the right language for reaching them," he told Middle East Eye.

Aisha Ali Abdul Rahim, a 30-year-old employee in a private company, said the group's approach had connected with her.

"We trust the SPA because they present a different discourse that understands our problems more than the political parties," she said.

Whether that appeal can extend beyond the professional class who make up most of the organisation's membership is crucial to whether its success can continue, according to Magdi el-Gizouli, an academic at the Rift Valley Institute.

"Unless the SPA expands to engage and include other bases, including labourers, farmers, pastoralists and others in the countryside and conflict areas of Sudan, it will never be able to realise the deep and radical demands of the revolution," he said.

"Radical and popular layers [of society] need to be unified to fight against the deep state." 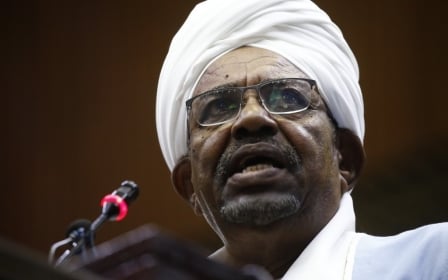 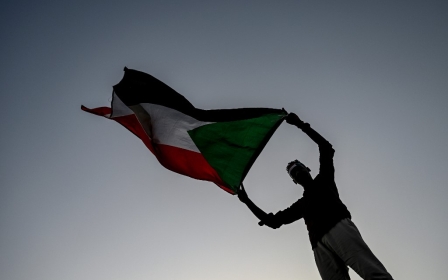 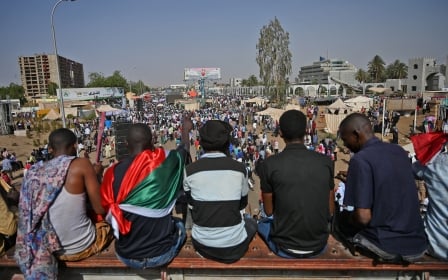