David Barchard
While the motive behind the killing of the ambassador is still a mystery, the assassination will not upset the growing Turkish-Russian partnership 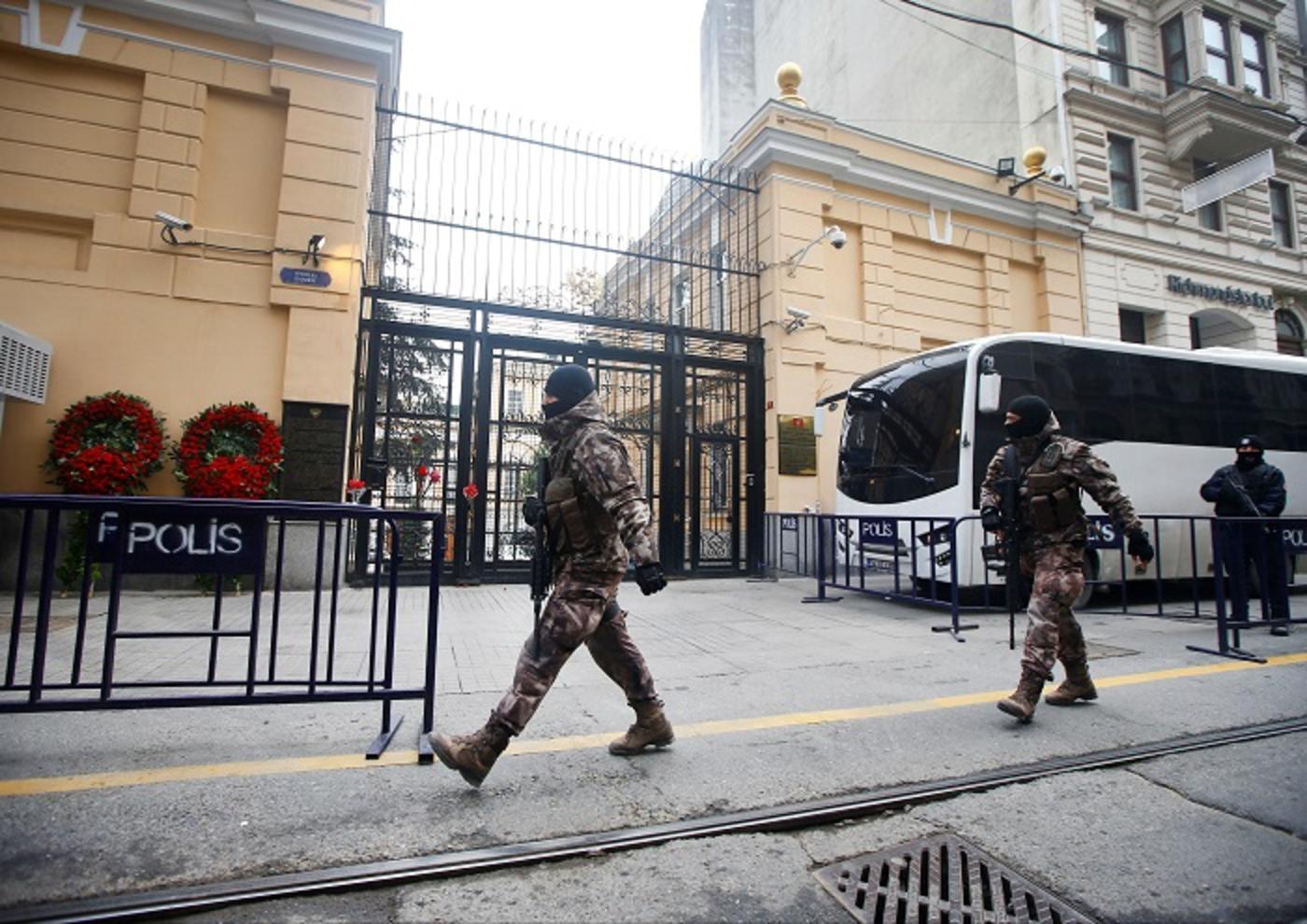 Though Turkey has endured a seemingly endless series of major terrorist attacks in recent years, including 58 deaths in PKK suicide bombings in the past 10 days, the assassination of Andrey Karlov, the Russian ambassador to Turkey, has jolted public opinion.

The ambassador died at 7.10pm when Mevlut Mert Altintas, 22, an off-duty policeman, slipped into an opening party at an Ankara art gallery, managed to pass himself off as an on-duty plain clothes protection officer and shot the ambassador in the back as he was making a speech to a party attended by nearly 100 people.

Any slight chances that the ambassador might have had of surviving the attack were probably wiped out by the time – 40 minutes – which it took to take him only one kilometre by ambulance to the nearest hospital during the Ankara rush hour. For the attack took place in the city’s heart just a two-minute walk across the road from the American embassy, during the nightly lockdown of city traffic.

Turkey’s security is pervasive and usually very efficient. But it can be caught off guard by the unexpected and the authorities now face threats even on the most mundane and routine occasions.

On Monday evening, two weak points in security combined fatally. The nightly Ankara diplomatic round – where almost everyone knows everyone else and people’s faces are mostly familiar - is not regarded as a high-risk occasion. So Karlov was travelling without special protection and this seems to be entirely typical for diplomats attending social events in the Turkish capital.

Second, and much worse, the crime was committed by a member of the security forces who was entitled to carry weapons and go more or less where he wished without being challenged. (Altintas got into the gallery simply by showing his police identity).

According to press reports, his face was even known to officials such as the president himself, having apparently been part of the police teams which accompanied him on some visits to other cities.

The ultimate security nightmare for any country comes when its police and guards betray their masters. The possibility is a new experience for Turkey, a country where obedience and loyalty are social norms.

Turkey tasted the bitterness of losing diplomats in assassinations in the 1970s and 1980s when Armenian terrorists gunned down Turkish ambassadors and embassy staff across the world, killing 44 officials and family members over several years.

Monday's incident was the first ever death of a foreign ambassador, though it may have opened a period of insecurity for foreign missions

But since the kidnapping and murder of the Israeli consul-general in Istanbul in 1971 by Marxist guerrillas, foreign diplomats in Turkey have generally been spared from attacks. One exception was the 2003 killing of British consul general Roger Short in Istanbul after two suicide bombings.

Monday's incident was the first ever death of a foreign ambassador, though it may have opened a period of insecurity for foreign missions. Only a few hours later, a man fired several shots from an air gun into the air outside the nearby American embassy, leading to the temporary closure of the mission.

Protests against embassies for following policies Turkish nationalist opinion disapproves of are quite common, however. Demonstrations outside embassies whose countries are following such policies take place quite frequently.

In the past week, Russia’s involvement in the fall and evacuation of east Aleppo by opponents of the Assad government was followed by noisy crowds protesting outside Russian diplomatic representations in Ankara and Istanbul, something to which the Russians seem to have strongly objected. The killer shouted in Turkish and Arabic that he was taking revenge for Aleppo, suggesting his sympathies lay with the protesters.

That does not reveal whether or not this was simply an individual action by a deranged ‘lone wolf’ or part of a concerted conspiracy. Altintas came from a conventional background in Turkey’s Aegean and had reportedly been in the police for two and a half years, including a spell at Diyarbakir in the southeast. Beyond that, unsurprisingly, little is known about him.

The immediate reaction of the authorities was to detain five members of his immediate family, including his sister and mother and father, and his Ankara flatmate (also a policeman) for questioning.

This suggests that Altintas was not immediately identifiable as a member of a political group, though there were immediate suggestions in the pro-government media that the US-based Gulen movement (which professes to be non-violent but is widely suspected of being behind the 15 July attempted coup) might be responsible. The Turkish left accused Sunni ultra-Islamists. Some Russian sources accused the United States, the CIA and NATO – a point of view shared by some Turkish papers.

The Turkish authorities have agreed that Russian officials will take part in the official police investigation into the killing. So if Altintas did belong to a cell of an underground organisation, this should be clearly revealed in coming days.

Apart from the Gulenists, IS and the Nusra Front have been suggested as his possible sponsors. But the assassination does not bear the typical hallmarks of an operation by either group, and Nusra (now known as Jabhat Fateh al-Sham) co-exists with Turkey in northern Syria and would jeopardise its position in the conflict by confronting its powerful neighbour.

Whatever its motive, it does not look as if Karlov’s tragic death will undermine Turkish-Russian ties. Both President Recep Tayyip Erdogan and President Vladimir Putin instantly denounced the killing as a ‘provocation’ with both leaders adding that it will not affect the increasingly closely cooperation between Turkey and Russia.

The fiercely anti-Western politician Vladimir Zhirinovsky, the vice chairman of the Russian State Duma, was among those saying that it must continue.

The crucial meeting today in Moscow of ministers from Russia, Turkey and Iran to discuss Syria will go ahead unchanged. Turkey, deeply embarrassed by the death of a foreign head of mission whom it was its responsibility to protect, will do its utmost to conciliate Russian opinion and pull closer to the country which is in effect becoming its close regional ally, whatever their differences over the Assad regime.

Karlov’s legacy will surely be that the stormy period since 2013 when he was his country’s ambassador to Turkey eventually saw an unprecedented breakthrough in relations between Moscow and Ankara and the growing estrangement of the Turks from NATO.

Photo: Members of police special forces patrol outside the Russian consulate in Istanbul on 20 December 2016 (AFP)