Gideon Levy
Will Israelis emerge from the virus with a newfound sympathy for Palestinian suffering? Not likely 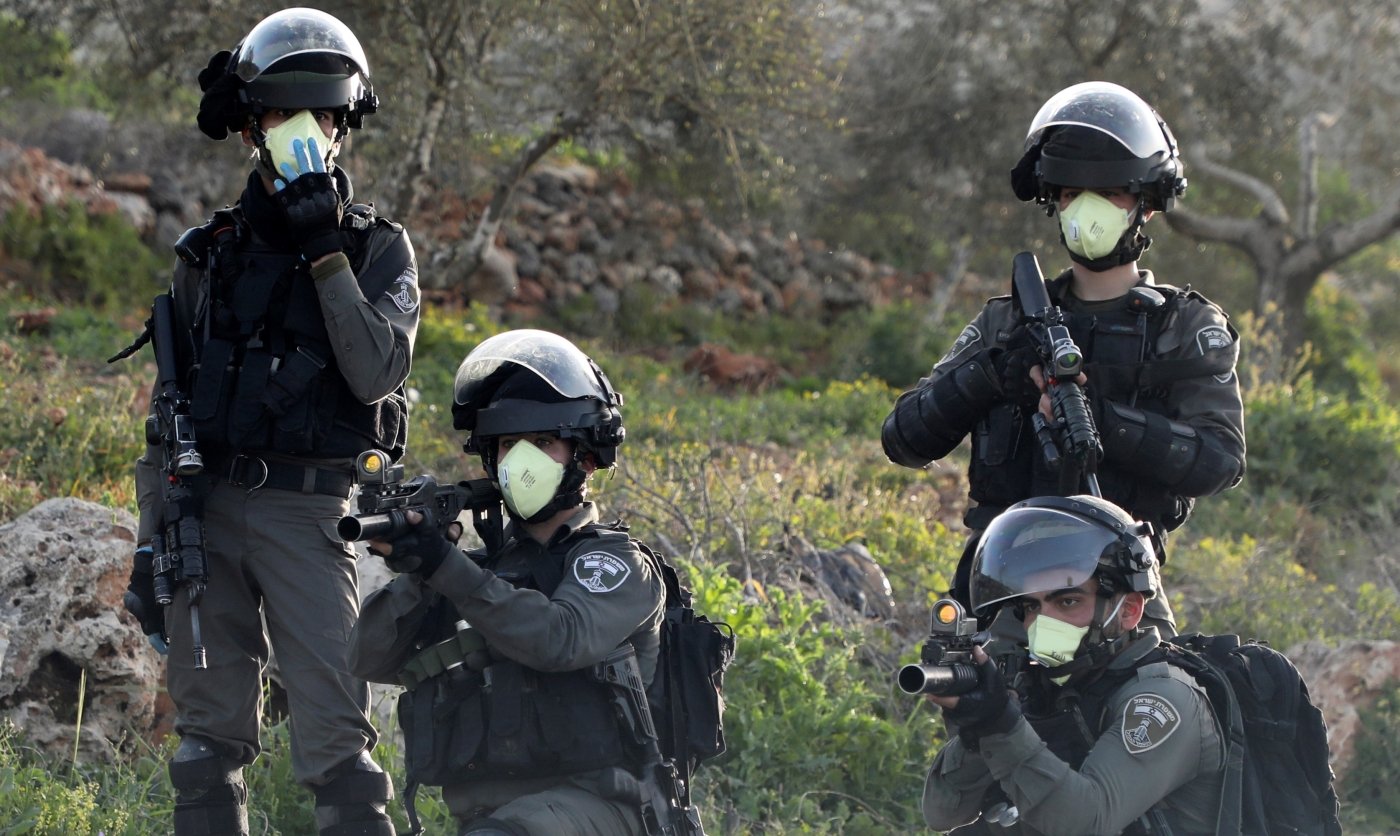 Israelis are under a coronavirus lockdown.

Like everywhere else on the planet now, their lockdown is both physical and emotional.

The air is heavy with unease and anxiety about the pandemic and above all, with fear of the unknown. The physical aspects are familiar worldwide: constraints on leaving the house and temporary shortages at supermarkets. Major airports are nearly deserted with almost no arrivals or departures.

Social, artistic, cultural and religious gatherings are cancelled. Unemployment rates are skyrocketing. The army is set to run hotels as hospitals for the less severely infected. And soon, perhaps: total lockdown, with military and police patrols in the streets.

The threat of anarchy is already talked about. Dystopia.

All of that should have rung a bell for Israelis. But – no bells. They are busy worrying about survival, which is understandable, and only natural. Meanwhile, it is hard to ignore the fact that the severe, even extreme, realities of life in Israel lately have comprised the normal routine for decades in the occupied territories.

What Israelis see as dystopia looks almost like utopia to Palestinians. The temporary lockdown - plus shortages imposed on Israelis - is almost like a dreamscape for Palestinians, whose situation in Gaza, and sometimes also in the West Bank, has long been a lot worse.

This is karma time, the fates are laughing, bitter irony abounds. Some minister of history is chuckling somewhere out there at the new reality forced on the Israelis.

And yet the siege on Israelis looks a lot like luxury to any Palestinian child born into the much harsher reality that has been their lot.

Israelis are sampling just a small taste of the restrictions they impose on Palestinians. They are offered a chance to experience a little of what Palestinian life is like, although under better conditions.

Will this someday change their outlook? Will they emerge more sensitive to and understanding of Palestinian suffering after the pandemic winds down? Highly doubtful.

A taste of lockdown

Item one, the lockdown itself. Israel’s international gateways, as in most other countries now, are effectively shuttered and locked. Hardly any flights land or take off: claustrophobia, temporarily, reigns here.

Gaza has been living that way for the last 14 years. In the world’s largest open-air prison, the Gaza cage, people can only laugh at the short-term distress Israelis are experiencing. Coronavirus: Advice from Palestinians on life under lockdown
Read More »

For Israelis, being cut off from ingress and egress via Ben Gurion Airport is unbearable, even for a few weeks. Palestinians in Gaza, and even many West Bank residents, know nothing whatever of life with an airport. The doors to Israeli homes are going to close now, too. At the time of writing, there is still no total lockdown, but it may well happen any day now.

Half an hour’s drive from Tel Aviv, people live during certain periods with curfews as their daily routine, and sometimes with months-long curfews.

A curfew can be imposed arbitrarily at any moment by some army officer. These curfews will be imposed on homes with many more children, usually, and far fewer rooms. With a lot more tanks outside generating a lot more hatred indoors. When there is no curfew in the territories, there is closure: a siege.

With the first two cases of #coronavirus reported in #Gaza one of the most densely populated places on earth it is vital that #Israel allows critical medical supplies to be delivered to prevent a humanitarian catastrophehttps://t.co/6CE4i3ma4o

The partial closure in Israel almost resembles Palestinians’ dreams of life with freedom: you can go outside, walk to a park or walk by the sea. Most West Bank children have never seen the sea, which if you have a car, is only about an hour’s drive away.

Soon we may also begin seeing uniformed police and soldiers patrolling the streets of Israel, setting up checkpoints and examining people’s IDs. Checkpoints! Don’t make the Palestinians laugh; they know nothing of life without such patrols and checkpoints.

Every day, everywhere. But in Israel the uniforms will be nicer to the residents, compared with the routine brutality displayed towards those of the occupied territories, and still it will be hard for Israelis to bear, even temporarily.

How much easier it is when the soldier is one of your own people, speaking your own language, in your own country. How much harder and more infuriating when he is a foreign occupier. The street patrols in Tel Aviv will be like a picnic compared with the ones in Jenin in the West Bank.

And soon, economic life on the Israeli side of the separation barrier will also start to resemble the way people live on the other side. At the time of writing, half a million Israelis – about 17 percent - are already unemployed. And it increases dramatically by the day.

Read More: Full coverage of the coronavirus outbreak in the Middle East and North Africa

In Gaza, unemployment in high double digits has been a fact of life for decades. Gisha, an Israeli NGO that advocates for freedom of movement, most recently reported a Gaza unemployment rate of 46.7 percent for last September.

Among Gaza’s young people, the figure is even higher. Today’s unemployed Israelis have temporarily lost their jobs or shuttered their businesses and most will receive unemployment compensation from the state.

In the occupied territories, they have never heard of unemployment compensation. Unemployment under occupation routine. It's been that way for decades.

Just now, Israelis are in an uproar due to an order that Shin Bet (ISA), Israel's internal security agency, will use "digital means" to track those infected with the virus and anyone who had come near them physically. A temporary order, initially for seven days, with possible extensions.

Don’t make the Palestinian laugh. Tracking is the most "humane" aspect of the way the ISA treats Palestinians. All right, let them eavesdrop; just get them to stop torturing, blackmailing and abusing people.

In the occupied territories, the ISA always knows everything, everywhere, with barely any legal oversight or parliamentary supervision. The vociferous criticism in Israel about invasion of privacy must be quite amusing for Palestinians. Just like the photos of Israeli military officers running hotels as emergency hospitals. How many Palestinian-owned hotels has the Israeli army seized by force over the years and converted into military headquarters?

Of course one cannot ignore the differences. Even at the peak of a coronavirus pandemic, Israelis will not be humiliated or beaten up in front of their children or their parents. 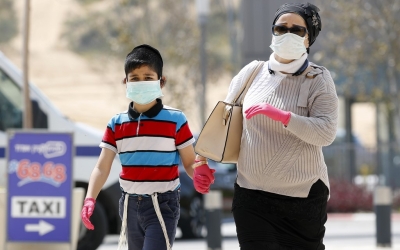 No foreign soldiers will invade their homes in the middle of the night, night after night, for no good reason. No one will snatch them from their beds and take them away. No one will arrest them without trial. No one will interrogate their children and imprison them in contravention of international covenants to which Israel is a signatory.

Even in the worst coronavirus dystopia in Israel, there is no scenario that will feature snipers competing amongst themselves to shoot out the knees of hundreds of protestors, as they have been doing at the Gaza border for months now.

Israeli homes will not be bombed from the air and their fields will not be sprayed with poison, as happens in Gaza. All in all it is a temporary curfew under reasonable conditions and with a clear, comprehensible goal.

More or less the kind of thing Palestinians dream about when they envision a slightly better life. 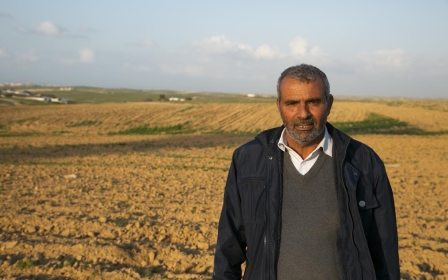