The battle of Galilee: The day our village rose up against occupation 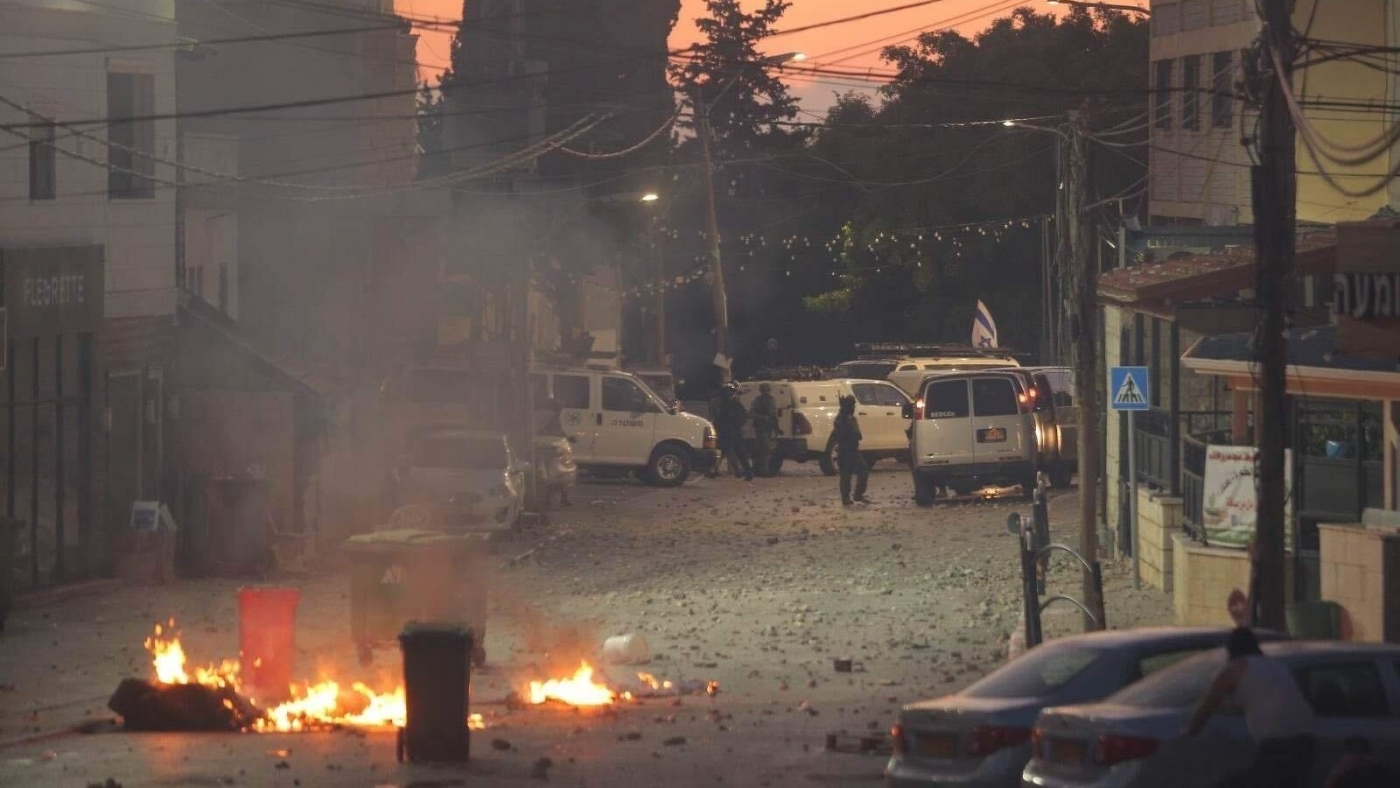 "Our village, Kafr Kanna, united to face the occupation forces who robbed us of our sense of safety" (Photo by Majd Dahamshi)

The Gospel of John tells the story of a miracle at a wedding in Cana of Galilee, which has been described as the first of the miracles of Jesus and proof of his prophethood, when he turned water into wine.

Two thousand years since then, Galilee continues to witness its own marvels. But on the second day of Eid al-Fitr in May 2021, rather than a wedding in Galilee’s Kafr Kanna, there was a full-on battle between villagers and heavily armed intruders who transformed our holy festival into a scene of carnage.

My handcuffed father then came out of his office, and ordered us to never give in to our fear and to look after our mother

I had just finished preparing a pot of coffee to drink with my family. We had decided not to make any outward show of celebrating Eid, as the entire homeland, from the river to the sea, hung in the balance. It felt as if the Israeli occupation had decided to adorn our days with anxiety and the blood of martyrs, rather than the usual Eid lights and aromas of grilled lamb and date-filled kahk.

At around 5pm, I heard the sound of voices speaking in Hebrew and an unfamiliar clamour coming from the street. I hurried out of the kitchen to tell my father, Kamal al-Khatib, that something was happening - only to discover that members of Israel’s counter-terrorism unit had pulled our front door off its hinges, stormed in, and spread themselves out across our home.

I didn’t know what to do. I rushed to my room to put my hijab on, hiding my mobile phone under my bed. I returned to find my mother and two siblings in the living room, flanked by police who pointed weapons at their faces, their hands on the trigger.

Other members of the unit surrounded my father in his office, handcuffing him with plastic straps, seizing his personal belongings and rifling through the room. I sat down next to my mother and brothers and began to drink my coffee, struggling to relax. My handcuffed father then came out of his office, and ordered us to never give in to our fear and to look after our mother. Then police took him away.

Immediately, I rushed back to my room to grab my mobile phone. I wrote a post on Facebook about police storming our home and arresting my father, then opened the window and began a live broadcast, filming the forces in the street below as they placed my father in a brown van to take him away. Several other vans were in place to block the street and guard the arrest operation.

But as they prepared to set off, the sound of voices on our street grew louder. I saw officers fire stun grenade towards dozens of young men who had gathered, within just minutes of my father’s arrest, as close to our house as they could get. The young men threw stones; police responded with tear gas and rubber-coated bullets.

I continued my live broadcast for around 10 minutes, until police threatened me, demanding that I shut the window. Even though my throat was filled with tear gas, I continued to record everything I could - until a stun grenade struck the window and forced me to relocate.

I went up to the roof of our home, but soon realised I couldn’t film from there either, because several young men had climbed up the minaret of the mosque next to our home, draped in the Palestinian flag. I didn’t want them to appear in the video, so I went back inside.

By this point, we had to close all the windows and doors amid the strong smell of tear gas, which was now being fired almost from our building itself towards the protesting youth. The Israeli occupation forces had essentially commandeered our building and yard as their military barracks, from which they despicably attacked the village youth.

My mother, brothers and I sat watching through security cameras - the only way we could see anything, since all the windows were shut. This continued until a new contingent of Israeli police arrived to storm the home again; they took the security camera computer and dismantled our wooden storeroom door, using it as a barricade against the incoming stones.

Dozens of officers then climbed to the roof of our building to fire from there. We were trapped inside, unable to see what was happening outside, but hearing heavy gunfire and chants of “God is great”. We didn’t know whether my father was still in the van outside, or whether they had taken him away.

We remained that way for around an hour and a half, until a group of men from the village knocked on our door. They were choking from the tear gas, their clothes smeared in blood - but they reassured us that the Israeli forces had left our village, which had been turned into a war zone just a short time ago.

Police took my father far away, but it was with great difficulty that they carried out this operation. They had to summon dozens of Israeli police vehicles, thanks to the villagers who had resisted with all their might, fighting as long as they could, blocking streets and defending the dignity of our village with every stone they could lay their hands on.

In this way, Kafr Kanna united to face the occupation forces who robbed us of our sense of safety, transforming our village into a place of terror - all to put a man on trial over a Facebook post in which he wrote: “Long live Gaza, long live Jaffa, long live Jerusalem!” He was then charged with incitement.

That night, dozens of young men were wounded during clashes with occupation forces in and around our village. We were then apart from my father for the 18 days he spent in al-Jalamah prison near Haifa, in humiliating conditions, and the 19 days he was in Megiddo prison, where he was repeatedly dragged to and from courtrooms.

If he wanted to maintain a decent appearance, he had to trim his beard with nail clippers, since he wasn’t allowed scissors - and there was no mirror there, in any case.

He was released from prison on 20 June 2021, on condition that he leave the village of Kafr Kanna for 45 days, decline any media interviews, not deliver his Friday sermon, and not engage with anything on social media platforms or meet in a group of more than 15 people for three months.

More than a year and a half has passed since an Israeli court in May 2021 issued orders to force families in the occupied East Jerusalem neighbourhood of Sheikh Jarrah to vacate their homes, making room for Israeli settlers. The move fuelled protests, as did the occupation’s escalating crackdown on Al-Aqsa Mosque.

Amid these repeated incursions at Al-Aqsa, Hamas launched a military response, firing rockets towards Israeli targets. An 11-day war ensued, as Israel rained bombs on Gaza; in the end, around 250 Palestinians in Gaza, including dozens of women and children, were killed, along with 13 people in Israel.

The confrontations extended to include Palestinian citizens of Israel, as hundreds of people in the ‘48 territories stood in solidarity with the families of Sheikh Jarrah and against the storming of Al-Aqsa mosque.

What we lived through - what we are living now, and what every Palestinian experiences - is the price of defending our right to our land

In mixed Arab-Jewish cities, such as Akka and Lydd, settlers attacked Palestinian citizens, leading Netanyahu to declare a state of emergency and summon border police to impose control. Occupation forces conducted a broad arrest campaign against Palestinians, including minors, with the aim of settling scores.

Although more than a year and a half has passed since the uprising and my father’s release, his trial is still ongoing, with the most ludicrous of indictments presented against him, alongside a new, month-long travel ban that is subject to renewal. Indeed, the uprising still casts its shadow. We continue to experience it as ‘48 Palestinians across our villages and cities, with scores of charges still pending against more than 600 defendants, a quarter of whom are minors.

Many young Arab men, arrested for acts such as carrying the Palestinian flag or throwing stones, are forced to pay a high price through sham trials and hefty prison sentences. The Israeli establishment is sending a clear threat to all those who might consider resisting the occupation, or rising up for the sake of their people and in defence of their dignity. Israeli police, meanwhile, continue to enjoy impunity for their abuses against Palestinians.

During the uprising, Israel seemed like an illusion to us, the Palestinian citizens of Israel or  ‘48 Palestinians' whose identity the state of Israel is dedicated to stripping - at times by attempting to incinerate our consciousness, and at others by trying to isolate us from our people in the occupied West Bank, Gaza and Jerusalem through laws that aim to suffocate and criminalise us.

During the events of 2021, I believe the ’48 Palestinians' were a definitive factor in shaping a new and different image of the history of our people’s struggle after Oslo - not only because we all united as one people to defend Al-Aqsa Mosque and Sheikh Jarrah, but because we stood face-to-face with the occupier. 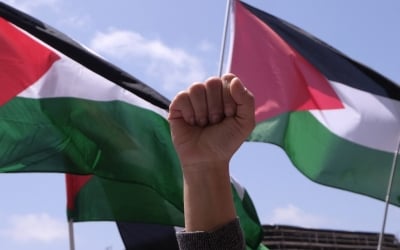 These were days full of terror and anxiety, the likes of which we had never witnessed before. Settlers marked the doors of our homes with the word "Arab" in Hebrew, making it easier for them to find us and individually attack us in mixed cities. We were attacked by settlers on live broadcasts, who rejoiced over beating the lone Arab they found in their midst. We avoided leaving the borders of our villages to cross into Jewish towns for daily tasks, fearing violence.

At the same time, we had not known that we had such a solid spirit of resistance within us - one that would refuse to accept living without an identity or dignity until we were forced to do so. What we lived through - what we are living now, and what every Palestinian experiences - is the price of defending our right to our land as Palestinians.

The events that transpired in our village of Kafr Kanna on that night in May 2021 were not unique; the occupation continues to storm Palestinian homes every day and every night, arresting parents and children, and terrorising families in the occupied West Bank - or annihilating them through air raids in Gaza. This war has never been a war against those who speak up against Israeli aggression. In this war, everyone is a target, and no one is exempt from the occupation’s scheming.

Born in Cana of Galilee, Safaa Khatib lives and works in Cultural Heritage and Restoration in Florence, Italy. She has a Bachelor of Arts in photography from the Bezalel Academy of Art and Design in Jerusalem (2016), and a Master's degree in cinema studies from the University of Haifa. She has exhibited numerous art projects in Europe and throughout Palestine, and is the recipient of a number of awards, including the first prize winner of the 2018 Young Artist of the Year award by the Qattan Foundation for her work, "The Braids Rebellion". 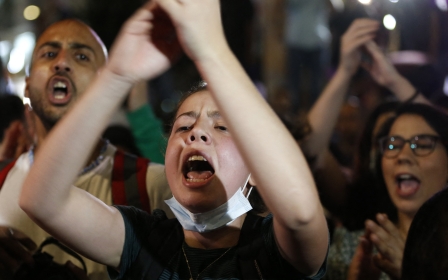 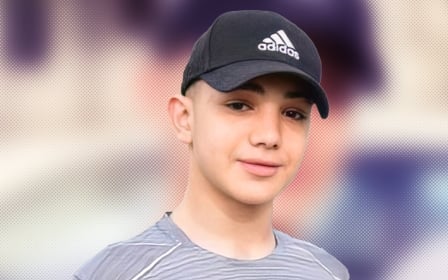 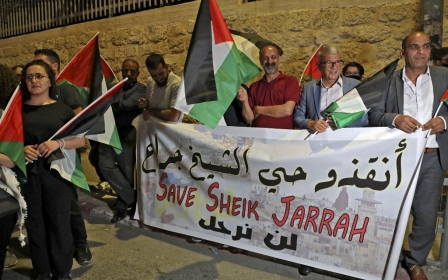