Russia-Ukraine war: Are we about to see a new kind of 'super-combat'?

Murat Aslan
, Tanya Goudsouzian
Demands of high-intensity modern warfare are rapidly depleting the weapons and resources of all parties in Ukraine. What might come next should worry us all 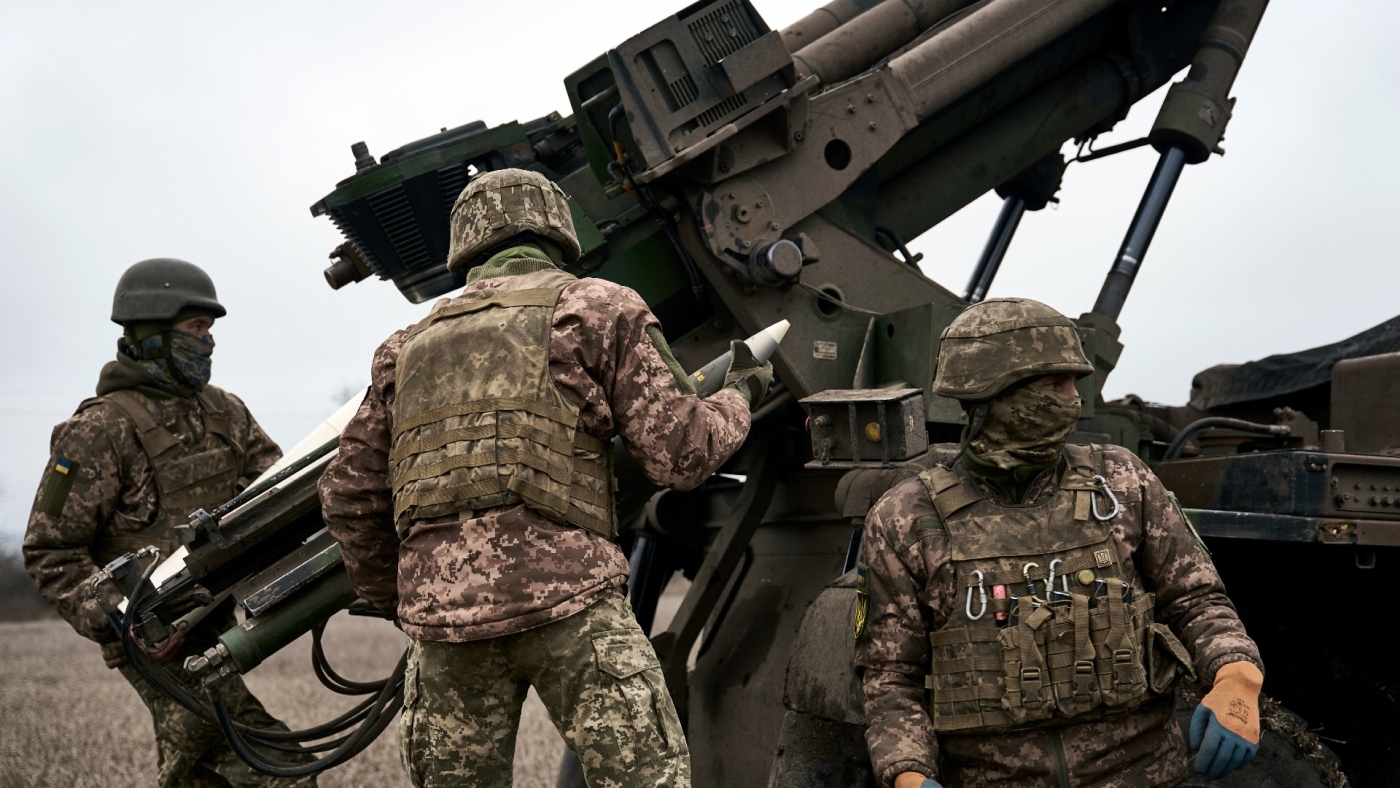 In February 2022, Russian forces invaded Ukraine in what many analysts predicted would be a quick regime change of the Zelensky government in Kyiv.

The Kremlin expected a short operation, like the Crimea takeover of 2014 or, at worst, low-level warfare similar to the Syria conflict, with some cities resembling Aleppo by the end. Instead, what Russia and the world have seen is a protracted, gory conflict and a return to high-intensity warfare on a scale not seen since the Second World War.

Even if the situation in Ukraine resolves itself without nuclear weapons, this conflict has seen the most intense level of warfare in 75 years

The scale and scope of modern precision intelligence, surveillance, and reconnaissance (ISR) technology, along with the use of mid-20th-century tactics, has seen a dramatic increase in the degree of battlefield destruction.

More worrisome, Russian President Vladimir Putin’s personalisation of the war, combined with the significant equipment and personnel losses taken by his forces, might evolve into tactical nuclear warfare, risking an existential conflict.

But even if the situation in Ukraine resolves itself without the use of nuclear weapons, this conflict has seen the most intense level of warfare in Europe in 75 years. But it is easy to imagine how things could be worse.

Consider what might happen if other elements, such as cyberattacks on the internet, with its essentialness for every aspect of daily life; alongside pandemics, water shortages, food crises, global warming and supply chain interruptions, were factored into a Ukraine-like conflict. Then we would see a vastly more significant type of war - a “super-combat” - which would not be contained within the borders of any individual country.

The mostly industrial-age warfare of the Ukraine conflict has also exhibited substantial elements of the controversial fifth-generation warfare theory, first coined by a former CIA officer, Robert Steele, in 2002.

Conducted mainly through non-kinetic military actions, fifth-generation conflict uses all the techniques of previous generations, especially hybrid war, with the addition of media, misinformation and technology.

Whatever one’s opinion on fifth-generation warfare, Ukraine's President Volodymyr Zelensky understands all too well the importance of the war of perception and information, unlike Afghanistan’s former President Ashraf Ghani, who dropped the ball on narrative-building long before the social-media savvy Taliban marched into Kabul. 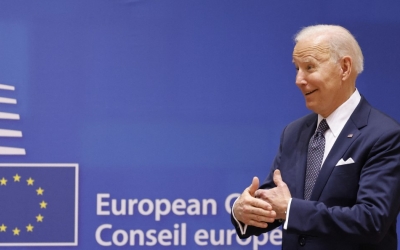 Russia-Ukraine war: Why Europe is the biggest loser in the conflict
Read More »

The Ukrainian president went on the information offensive early, with an unsurpassed use of persuasion, coercion (often humiliation) and theatrics.

The world was unprepared for a large-scale war on the European continent. Since the end of the Second World War, most conflicts have been low-intensity (peacekeeping and peace enforcement) or mid-intensity (Libya, Iraq, Vietnam, counterterrorism). Ukraine is the first example of a high-intensity war where all the assets of Russia, Ukraine and Nato are engaged on a battlefield where such wars were thought to be a thing of the past.

There is little doubt about the intensity of the war - all sides are running out of precision weapons, drones and even industrial-age capabilities such as heavy, unguided artillery shells. Billions of dollars of equipment are being fed into the maw of this war and consumed at an astounding rate.

The largest militaries in the world - Russia, the United States and the combined Nato coalition - are expending not only readily available stockpiles but digging deep into emergency stocks.

One can only wonder at the views of the US regional commanders responsible for the defence of the Pacific or the Middle East. Will the stockpiles needed to accomplish their missions be requisitioned? Will their primary missions be at risk to support Ukraine's requirements? Most importantly, will a depletion of their stockpiles show weakness in capability, creating incentives for countries to take advantage of the situation, such as an attack on Taiwan by China?

Fundamentally, the Ukraine conflict has revived long-forgotten doctrines of high intensity and near-total war, and when combined with the dramatic consumption rates of modern precision weapons, it has demonstrated a miscalculation of stockpiles, inventories and even active-duty personnel needed.

It has also brought to the forefront - even more so than last year’s war in Afghanistan - the weaponisation of information by way of propaganda campaigns, mainly to demoralise the army of the targeted country.

A notable example has been Ukraine’s use of Russian POWs to express a “sense of regret” in widely disseminated videos. Sustained campaigns of this kind are believed to go some way to creating a trust gap between the Russian army, the Kremlin and the Russian people. 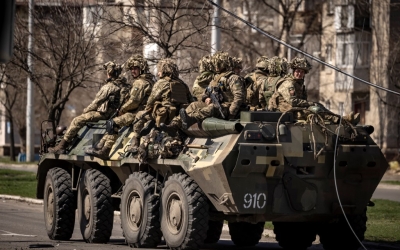 Why is Amnesty apologising for telling the truth about Ukrainian war crimes?
Read More »

The US-led approach to isolate Russia from the international community is another key tenet of fifth-generation warfare. The attempt to squeeze Russians economically by causing shortages and a devaluation of the ruble in the hope of precipitating a reduction in their military capability and popular support for the government has only had limited success.

While isolating Japan from essential oil supplies in the Second World War was critical to an allied victory in the Pacific, the interconnected global economy (not to mention sanctions-busting countries) has limited the effect of a similar squeeze on the Russian military machine.

Another complicating factor in such “super-combat” is the presence of separate militant groups fighting for money or ideology and provided with weapons and training. Such groups carry out terrorist attacks throughout the country, making it difficult for traditional armies to determine who to fight against.

For example, Russia accused the far-right Ukrainian Azov Battalion of bombing the Mariupol theatre in March. Other paramilitary groups cluttering the battlefields of Ukraine include the Right Sector, the Aidar Battalion, Donetsk People's Republic Armed Forces, Luhansk People's Republic Armed Forces and the Wagner Group, not to mention foreign volunteers imitating their great-grandfathers who went to Spain to fight alongside the communists against the Fascists.

While mercenaries and ideologies have been a presence in low- and medium-scale warfare throughout history, it has been some time since they have had such an impact in large-scale warfare.

Yet, even with the levels of combat seen in the high-intensity warfare in Ukraine, there are factors of the modern world absent from the battlefield. Additional elements such as pandemics, food crises, global warming and the interconnectivity of the world could exacerbate warfare in a manner not seen before.

There is concern about a spillover effect. In other words, disputes may repeat and grow in the different sectors of conflict within the framework of asymmetry or irregularity. Usually called “hybrid”, the integrated composition of complementary sorts of conflict can erupt and spread.

For instance, competition and confrontation through military means are heightened by digital, economic, financial, or even cultural hostilities. In this case, one can consider a level of warfare beyond the localised intensity of the Ukraine combat: a super-combat in which the war extends beyond the borders of a single country and includes multiple factors not seen in our lifetimes.

Unfortunately, this is not merely a theoretical exercise. The world of today points to many conflicts across different regions, whether a potential conflagration between Iran and Azerbaijan, or between Greece and Turkey; with the latter risking precipitating a crack in Nato's resilience.

The incompatibilities in Asia (Taiwan, the Korean peninsula, Russia–Japan Kuril islands dispute, India-Pakistan, etc) may throw up a seemingly unrelated series of conflicts.

With inter- and intra-state issues in question, Africa might be the geographic location for indirect confrontation between the dominant powers, say France, China and the US.

The Middle East, other than the opportunistic rentier states of the Gulf, is akin to a bomb ready to explode, with its unstable regimes and ethnic disputes. Fractured regional and intra-communal conflicts could provoke a combination of old and new hostilities.

As 2022 drew to an end on the battlefields in Ukraine, there is little hope in sight for a quick victory by either side. Military analysts and pundits have been consistently wrong in their predictions of a quick victory by Russia. Even more, predictions of sweeping offensives pushing Russia out of Ukraine or a strategic defeat of the Russian military have been wildly off the mark.

But the lessons from Ukraine for modern warfare are manifest. Personnel shortages, equipment shortages, long-lead times and wildly expensive costs of precision weapons are confounding war planners and operational commanders who have completely miscalculated the needs of modern, high-intensity warfare.

It is clear that a period of militarisation has already started, indicated by high levels of expenditures, realignments in alliances, or saving of resources for a probable conflict. Additionally, preferred methods will expand through the exploitation of the newly emerging opportunities and risks of (post-)modern life.

More important, the absence of serious literature by longer-range strategists and planners seems to miss a critical point: while the Ukraine war has surprised the world with its intensity and its costs, it could be far worse.

While many believe that the next step from the conventional battlefield in Ukraine would be a nuclear exchange, there is an intermediate form of warfare, a super-combat scenario that takes all of the elements of the war in Ukraine and adds in other factors: cyberattacks on civilian infrastructure and financial systems, “deep-fake” propaganda disguised as real news, massive refugee flows, pandemics causing medical competition between the needs of the civilians and the needs of fighters, and the weaponising of food and water.

These other factors can, on top of the kind of slaughter seen in Ukraine, introduce a new level of conventional warfare, a type of super-combat, which may be far more devastating than anything seen so far in this war.

Murat Aslan is a defence and security researcher at Turkey's SETA foundation and a faculty member at Hasan Kalyoncu University.
Tanya Goudsouzian is a Canadian journalist who has covered the Middle East and Afghanistan for over two decades and is former Opinion Editor at Al Jazeera English Online. 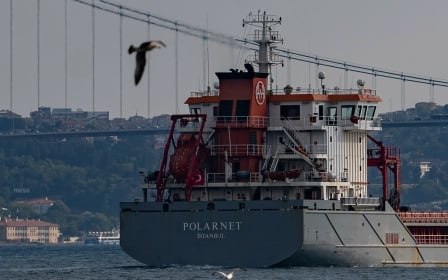 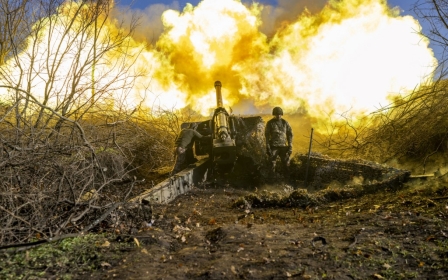 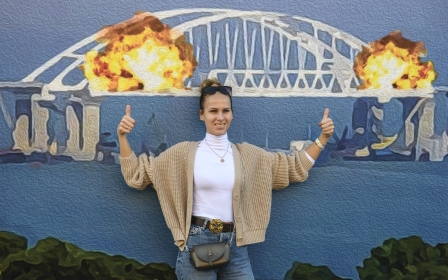