Seven years on: Why Egypt failed to become a democracy

Amr Hamzawy
Following Mubarak's overthrow, Egypt's liberals and Islamists lacked a vision on how to manage an orderly political transition and increasingly distrusted one another 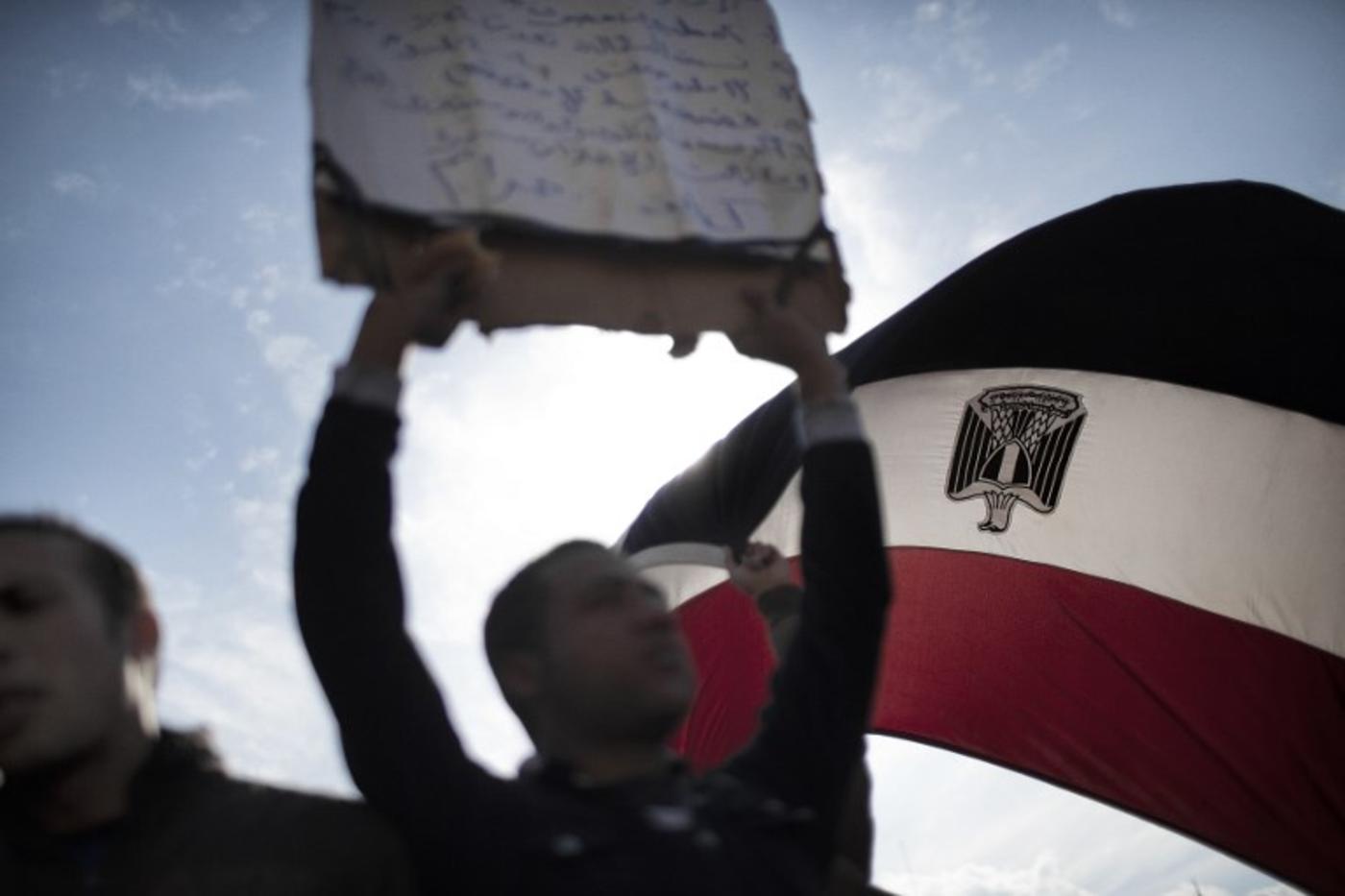 Next January, it will be seven years since the popular uprising that ended the rule of former president Hosni Mubarak, unleashing an unprecedented wave of political turmoil in Egypt's recent history.

And as the country prepares for a presidential election (due next March), it is worth taking stock of the past six years to explain where things went wrong and why Egypt failed miserably in its democratic test.

Following Mubarak's resignation, the main advocates of democratic change in Egypt failed to create a consensus over how to manage politics going forward. They were very quick to get into disagreement at two levels.

First, identity-related controversies emerged and gained traction and second, they could not easily fill the political vacuum left by Mubarak's departure.

Between 2011 and 2013, the catchword was the debate on the civil versus the religious state. The reference to a civil state here implies that it is a secular state. However, because of the specific connotations of the word "secular" in Egypt, most liberal and leftist politicians and activists did not dare use it. So, the code word was civil.

Within the contours of the civil-versus-religious state debate, the Muslim Brotherhood (MB) was increasingly siding with Salafists and in so doing the movement was drifting more and more towards the right of the religious spectrum.

To begin with, liberals and leftists did not trust the Salafists because of their radical rhetoric and political positons. Yet, a growing mistrust vis-a-vis the Muslim Brotherhood was more dangerous

This explains why the 2012 constitution ended up including article 219, which defined in a religiously orthodox manner the basic principles of sharia as the source of legislation.

The drifting of the MB was both an internal process within the movement as well as a trajectory imposed externally on it due to the escalating nature of the civil-versus-religious state debate. On the other side, liberals and leftists, who were championing the cause of the civil (secular) state were drifting in the direction of no conversation and no dialogue with the MB.

If some rounds of dialogue took place - I was present in most of them - there was very little trust among the parties involved.

For Egyptian liberals and leftists, the outcome was a deep-seated suspicion of the MB. To begin with, liberals and leftists did not trust the Salafists because of their radical rhetoric and political positons. Yet, a growing mistrust vis-a-vis the MB was more dangerous.

The second key issue which began right after 11 February 2011 was the political vacuum left by Mubarak's resignation. Liberals and leftists as well as young pro-democracy activists needed a vision of how to manage an orderly democratic transition in Egypt. But, no one had it.

It was clear to everyone on 11 February 2011 that the key power pillars and institutions of the authoritarian regime, like the security services, did not disappear. It was only Mubarak who took the flight to Sharm al-Sheikh.

Maybe a few of the institutions of the authoritarian regime were caught off balance after the democratic uprising. However, most of them were still intact. At the time, political actors were desperate to develop a cross-ideological vision on how to transition Egypt democratically and to build political and social consensus around it.

Lacking dialogue, eyeing each other with suspicion, and not knowing how to negotiate with the gatekeepers of the authoritarian regime, these advocates of democracy failed miserably.

Only in the few weeks between 11 February 2011 and the holding of the first constitutional referendum on 19 March 2011 were there some attempts to agree on a cross-ideological vision. Mohamed El Baradei met with key leaders of the MB.

A group of Islamist, liberal, leftist, and nationalist politicians and intellectuals began to meet at the headquarters of the Wasat Party to discuss a transition roadmap (I was a participant in this group).

It included Mohamed El Beltagi of the Muslim Brotherhood, Essam Sultan of the Wasat Party, Ashraf Thabet of the Salafist movement which later formed the al-Nour Party, Hamdeen Sabahi and Amin Iskandar from the Nasserites, Georges Ishaaq of the Kefaya Movement, and liberal figures such Hani Sari al-Din and Amr El Shoubaki.

But the fundamental crack between Islamists on the one side and liberal and leftist groups on the other side unfolded as Egypt was being rushed to a referendum on constitutional amendments a few weeks after Mubarak's resignation.

However, the view that dominated the ranks of activists pre-January and post-January uprising was not about amending the old constitution. Rather, it was about drafting a new one.

So, the first crack happened. Liberals and leftists saw the MB and Salafists as siding with the military establishment, the strongest institution of the authoritarian regime, which retained most of its power assets, to pass a set of amendments and to rush the country into parliamentary elections.

Outside of the Islamist spectrum, all actors were against this move. Indeed, there were some merits to hold the parliamentary elections as quickly as possible, so that the legislative vacuum that emerged after 11 February 2011 was filled and legislative prerogatives were not left to the Supreme Council of the Armed Forces (SCAF).

Yet, because liberals and leftists were engaged in identity and ideological controversies with Islamists and mistrust was increasing on both sides, most politicians, intellectuals and activists in the secular camp did not realise the significance of getting an elected legislative body created, nor did anyone dare get out the zone of like-minded conformity.

The referendum took place and the military establishment, along with the MB and Salafists, got the results their way. Close to 80 percent voted yes to approve the constitutional amendments, whereas 20 percent opposed it.

Is Khaled Ali Egypt's left-wing saviour - or is he being played?
Rania al-Malky
Read More »

The results were shocking news to liberal, leftist and revolutionary foes of the military and Islamists. We seemed to be a tiny minority, not as embedded in the political and social fabric as we had imagined or hoped.

Only a few voices within the secular camp - myself included - argued that we must respect the outcome of the referendum in which close to 50 percent of the Egyptian electorate participated.

I argued that we went to the polling stations and lost, and that if we were going to stick to any measure of consensus building and to abide by any measure of democratic rules, the result of the 2011 referendum needed to be respected, as well as the different timetable it sets for Egypt's transition. This was no longer our desired timetable of drafting a new constitution followed by parliamentary and presidential elections, but an amended constitution which was to be followed by parliamentary and presidential elections and, maybe in between, a new constitution, probably later.

We seemed to be a tiny minority, not as embedded in the political and social fabric as we imagined or hoped

However, our voices were those of a tiny minority within the secular camp.

Egypt's failure to democratise began in the failure to agree on a consensus-driven vision as to how to manage politics after 11 February 2011. Controversies between the Muslim Brotherhood and liberal and leftist groups pushed the former towards the Salafists and added to the secular suspicion of Islamists.

And that in turn led the Muslim Brotherhood to ally itself to the military establishment. As a result, the group stopped paying attention to cross-ideological dialogues. The rift was compounded by the problematic secular refusal to abide by the outcome of the constitutional referendum. The Muslim Brotherhood began to deeply mistrust liberals and leftists in return.

- Amr Hamzawy studied political science and developmental studies in Cairo, The Hague, and Berlin. He was previously an associate professor of political science at Cairo University and a professor of public policy at the American University in Cairo. Between 2016 and 2017, he served as a senior fellow in the Middle East program and the Democracy and Rule of Law program at the Carnegie Endowment for International Peace, Washington, DC.
His research and teaching interests as well as his academic publications focus on democratization processes in Egypt and contemporary debates in Arab political thought. He is currently writing a new book on contemporary Egyptian politics, titled "Egypt's New Authoritarianism". He is a former member of the People’s Assembly after being elected in the first Parliamentary elections in Egypt after the January 25, 2011 revolution.
The views expressed in this article belong to the author and do not necessarily reflect the editorial policy of Middle East Eye.
Photo: Egyptian demonstrators crowd in Tahrir Square in central Cairo on 30 January 2011 on the sixth day of mass protests across the country calling for the resignation of Hosni Mubarak (AFP) Egypt Turmoil
Is Khaled Ali Egypt's left-wing saviour - or is he being played?
Rania al-Malky 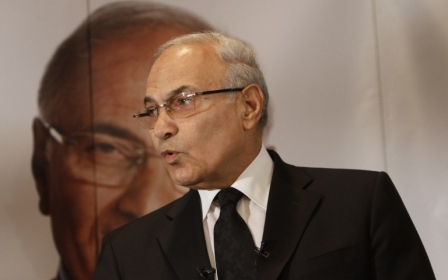 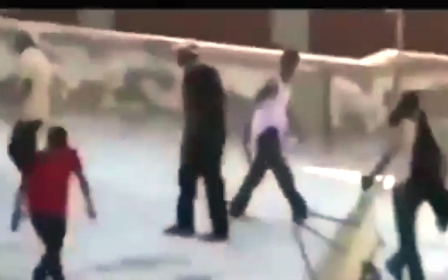