Should Palestinians and Israelis be ready for a 'one state reality'?

Ben White
For Palestinians in the West Bank and Gaza Strip, genuine statehood would be no guarantee of protection from Israeli aggression 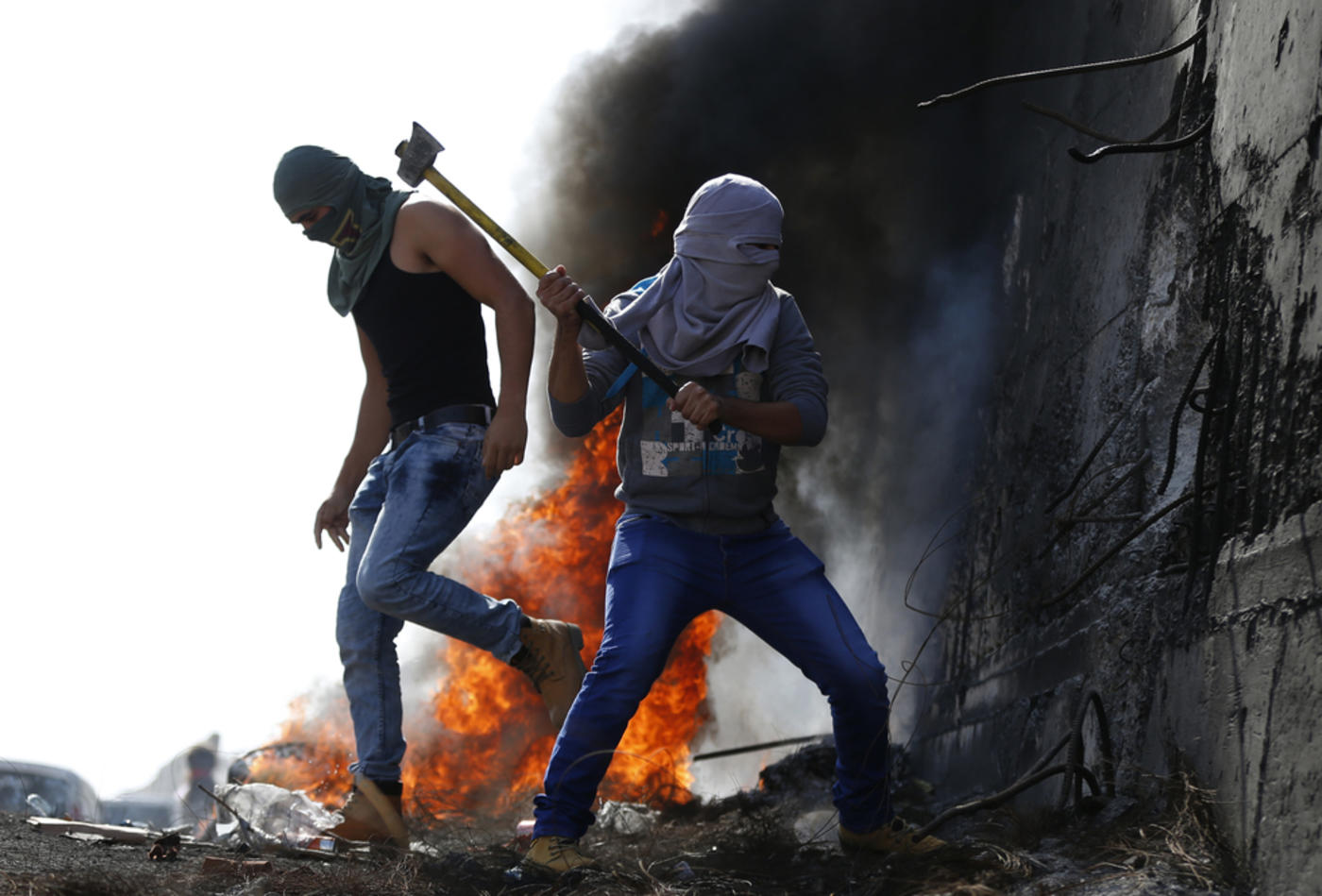 Writing in Middle East Eye last month, I noted remarks made by US Secretary of State John Kerry, where he described “the current situation” between Israel and the Palestinians as “simply not sustainable”. Last week, at the annual Saban Forum in Washington DC, Kerry repeated the warning.

Addressing an audience that included senior Israeli political and military figures, Kerry said “current trends including violence, settlement activity, demolitions, are imperilling the viability of a two-state solution”, and urged action “in order to prevent this untenable one-state reality from taking hold.”

That wasn’t all. Kerry pointed out that “many current Israeli ministers have been… clear that they oppose a Palestinian state – not just now but ever.” According to the senior US diplomat, “continued settlement growth raises honest questions about Israel’s long-term intentions.”

Yet even at the same gathering, Israel’s Defence Minister Moshe Ya’alon defended the continuation of the "status quo" that Kerry insists is unsustainable. When former US ambassador to Israel Martin Indyk suggested to Ya’alon he was advocating a “1.5 state solution”, the minister was unrepentant:

It's not a Palestinian state in the ways you might imagine. It’s something different. [Former Israeli PM Yitzhak] Rabin called it "a political entity less than a state".

This juxtaposition – warnings by Israel’s strongest allies and a shrug of the shoulders from an Israeli leadership accustomed to rhetorical slaps on the wrist that never amount to anything more serious – is contributing to cracks in long-standing political alliances that are only likely to widen.

But as international actors increasingly talk of a "one state reality", and Israel’s opposition to an independent Palestinian state in the West Bank and Gaza Strip becomes ever more explicit, there are some important questions that are, by and large, going unaddressed.

A critique of the two-state solution based on the alleged irreversibility of Israel’s "facts on the ground" in the Occupied Palestinian Territories (OPT) can only go so far, and has some dangerous pitfalls – for one, it is an implicit reward for Israeli war crimes (the settlements).

The growing international recognition that Israel’s 48-year-long colonisation of the OPT has made a Palestinian state impossible thus creates the space to advance a critique of the two-state solution based on its fundamental undesirability, rather than on Israel’s "facts on the ground".

Why undesirable? In short, because of what it means for the majority of Palestinians: refugees expelled in the Nakba - even in the best case scenario, the vast majority of whom would be eternally dispossessed, and Palestinians with Israeli citizenship who would be forever discriminated against in a "Jewish state".

Even for Palestinians in the West Bank and Gaza Strip, genuine statehood would be no guarantee of protection from Israeli aggression: just look to the experience of Gaza and Lebanon over the last decade for clues.

Then there are the practical issues: the division of Jerusalem, water resources including aquifers and rivers, access to holy sites, and so on. Under a two-state solution, these require thorny and complex arrangements; in a democratic one-state, they are simplified (though not simple).

However, there are many versions of a single state, and indeed one of them is effectively what exists now. Some Israeli leaders, like Ya’alon, and probably Netanyahu too, want to simply persist with this de facto one-state reality – others, like Jewish Home’s Naftali Bennett, seek formal annexation of "Area C" of the West Bank.

But as the two-state framework is definitively abandoned, attempts to preserve the core elements of the settler-colonial status quo will not all look like Bibi or Bennett’s temporarily-permanent apartheid. Other models that perpetuate discrimination against Palestinians while privileging Jewish citizens will surely emerge.

There will not be a vacuum, and post-two-state alternatives are just as likely – if not more so – to be a new vehicle for thwarting the Palestinians’ rights rather than for their implementation. Yet rather than doing the necessary work on what comes next, the main Palestinian political factions, including both Fatah and Hamas, are still, in their own ways, chasing the chimera of statehood.

Israeli journalist Nahum Barnea, writing on the Saban Forum, said US officials “learned an important lesson”: that “as far as the Israeli government is concerned, the two-state solution is dead.” The poison was administered openly and over a long period of time, through land expropriations, settlements, demolitions, settler roads, closures, expulsions, and the Wall.

However, Barnea added, “the Americans will keep holding on to this formula, because they have no other formula, and it's easier to hold on to it than to search for other solutions.” At some point, however, other solutions will be discussed, and advanced. Who will be ready?

Photo: A Palestinian demonstrator uses an axe to try and destroy a part of the Israeli controversial separation wall separating the West Bank city of Abu Dis from East Jerusalem, during clashes with Israeli security forces, on 2 November, 2015 (AFP). Occupation
Slain Palestinian teen's mother: ‘They took all our happiness with one bullet’