What if al-Aqsa Mosque caught fire?

Ghada Karmi
It is doubtful in today’s US-dominated world that anyone would rally to its cause, as they did for Notre Dame 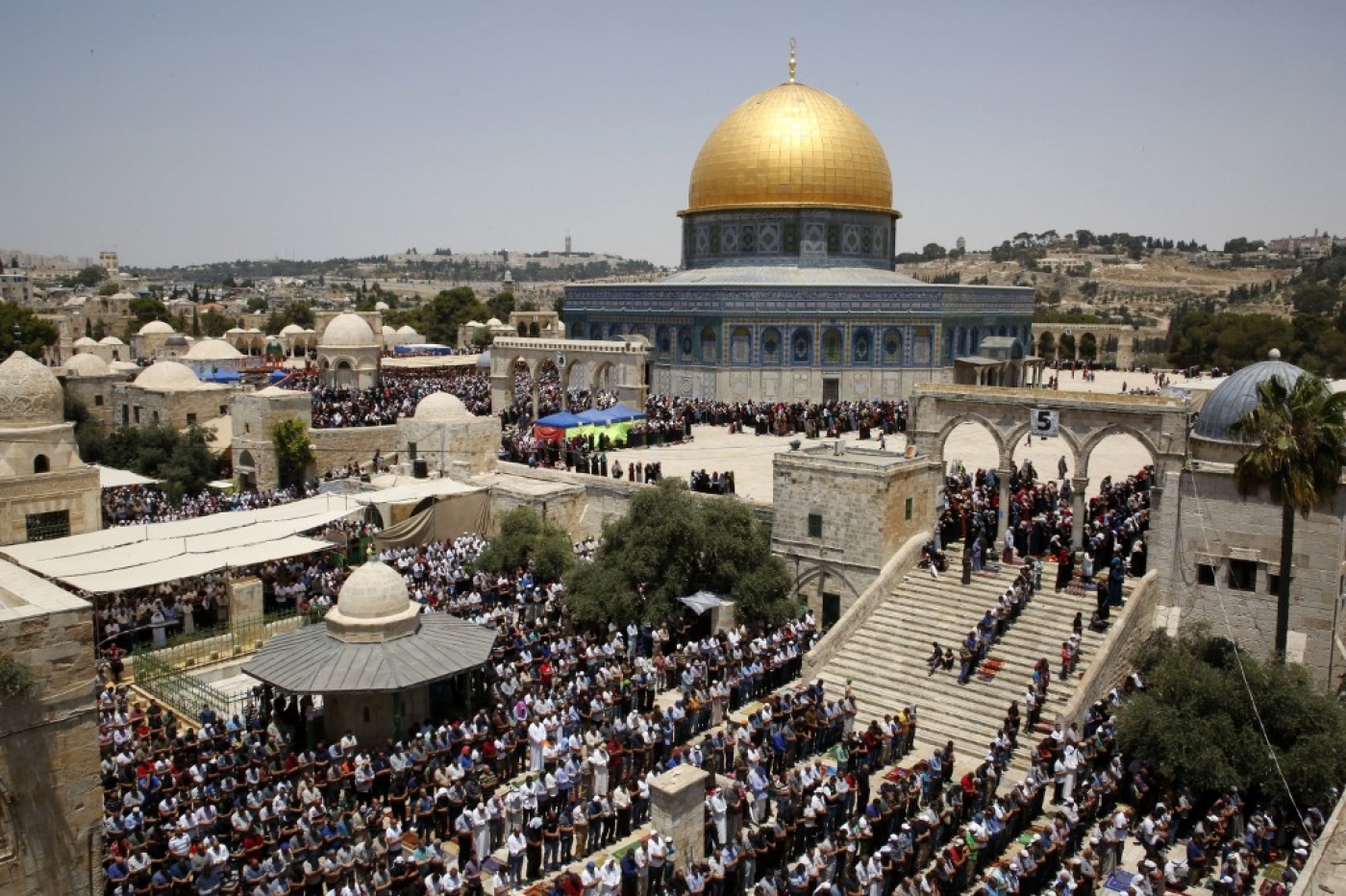 On 15 April, a devastating fire broke out at France’s famous Notre Dame Cathedral.

In the course of the conflagration, the church’s distinctive 93-metre medieval spire and two thirds of its roof were destroyed. Had it not been for the tireless efforts of French firefighters, who fought day and night to extinguish the blaze, the damage would have been far more extensive.

For days, the story was front-page news in Western countries, and media outlets were saturated with expert analyses of the cathedral’s history, architecture and significance.

There is no doubt that Notre Dame, dating from 1163, is a Gothic masterpiece and a Parisian landmark. It is a symbol of France and of Roman Catholicism, even though France is an officially secular state that prides itself on what it calls laicité. Church and state were formally separated in 1905.

But that did not stop crowds of people from singing hymns in a vigil near the stricken cathedral and marching in its honour. Paris’ deputy mayor of tourism and sports joined others in creating a human chain to save the ancient relics held inside the cathedral.

For Palestinians, al-Aqsa is their very own possession - a symbol of Arab historical continuity in a city claimed by non-Arabs

Notre Dame is today not just a religious monument, but a symbol of French national identity. For that reason, the French president quickly took on the responsibility of rebuilding the cathedral, and French billionaires and businesses have already pledged more than €700 million ($787m) towards that goal.

In recognition of that nationalist bond, many western states, from Australia to Europe, hastened to send their condolences to President Emmanuel Macron. Japan, Egypt, Lebanon and Jordan did the same.

In the United States, the One World Trade Centre and the Empire State Building were lit up in the tricolour of the French flag, and the governor of New York pledged his city’s solidarity with the people of France.

What if a similar fate overtook al-Aqsa Mosque in Jerusalem? This building is older than Notre Dame, built by the Umayyad caliphs in the eighth century, and has a long, rich history. The mosque was hit by earthquakes in 746 and 1033 and rebuilt each time; taken over by crusaders in 1099 and reclaimed by Saladin in 1187; then remained under Muslim rule until the war of 1967, when it came under Israel’s control.

Muslims everywhere revere this mosque. It is the third holiest place after the mosques of Mecca and Medina. Many associations bind al-Aqsa to Muslim religious sentiment.

Interpreted as the place referenced in the Isra verse in the Quran, al-Aqsa has taken on a sacred character, and is traditionally associated with the Prophet Muhammad’s miraculous night journey to Jerusalem. Its spiritual significance for Muslims is hard to overstate. Jerusalem was Islam’s first qibla, or direction of prayer, and it has been an important place of pilgrimage ever since.

For Palestinians, al-Aqsa is their very own possession - a symbol of Arab historical continuity in a city claimed by non-Arabs, and an affirmation of Arab identity in an anti-Arab environment. Though it stands beside what is claimed to be the site of the now-vanished Jewish Second Temple, it is the only concrete historical building in that place.

No assaults by religious Jewish groups claiming rights to the mosque can alter this reality, nor have Israel’s constant excavations to detect a trace of Jewish history at the site since 1967 produced that evidence.

What if this unique building, so meaningful for the 1.8 billion Muslims worldwide, succumbed to fire, or collapsed after Israel’s archaeological digs weakened its ancient foundations?

Would the Arab and Islamic world rise up as one? Would Israel, the de facto custodian of Jerusalem’s holy places, be made accountable? Would world leaders rush to rebuild the mosque or to help the Palestinian people? 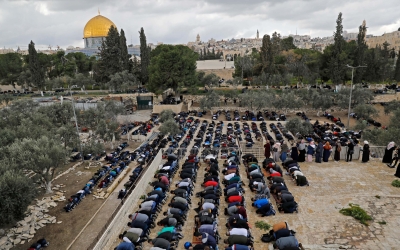 The struggle for al-Aqsa: Palestinians have 'no one but God to help them'
Read More »

We have a preliminary answer in the case of the fire that burned Saladin’s minbar inside al-Aqsa Mosque in 1969. Denis Michael Rohan, an evangelical Christian Australian, started a fire in the mosque to try to destroy it, aiming to clear the way for the Jewish Temple to be rebuilt in its place, thus hastening Christ’s second coming. The incident led to the establishment of the Organisation of Islamic Cooperation.

Jordan’s representative to the UN presented letters of protest over the fire at al-Aqsa. These came from just 17 states, and a further 58 letters came from NGOs, Muslim religious bodies, other Muslim groups and Muslim individuals around the world. They called on the UN to intervene to protect the holy site from Israel’s occupation.

An orphan without allies

The Western response to the fire at al-Aqsa was muted. None displayed solidarity with Palestinians or Muslims, and no effective action was taken by the UN.

In the 50 years since the fire at al-Aqsa, Israel has only increased its hold on Jerusalem’s holy places. In 2017, it illegally installed turnstiles and metal detectors at the entrances to al-Haram al-Sharif, although they were subsequently removed. Religious settlers are now regularly allowed to march through al-Aqsa compound, threaten Muslim worshippers, and perform Jewish religious ceremonies.

Al-Aqsa Mosque is no less a religious and nationalist symbol for Arabs and Muslims than Notre Dame is for the French. But if it burned down, it is doubtful in today’s US-dominated world - and given Arab and Islamic weakness - that anyone would rally to its cause. Only the Palestinians who live there would go on fighting to defend it.

Like them, this wonderful Islamic icon is an orphan in a world without allies.

Gaza Under Attack
The UN calls them illegal, so why hasn't Israel been held accountable over its assassinations?
Palestine State
Why is Israel attacking Gaza?
Palestine State
Palestinian Authority is responsible for torture and ill-treatment of civilians, UN report says