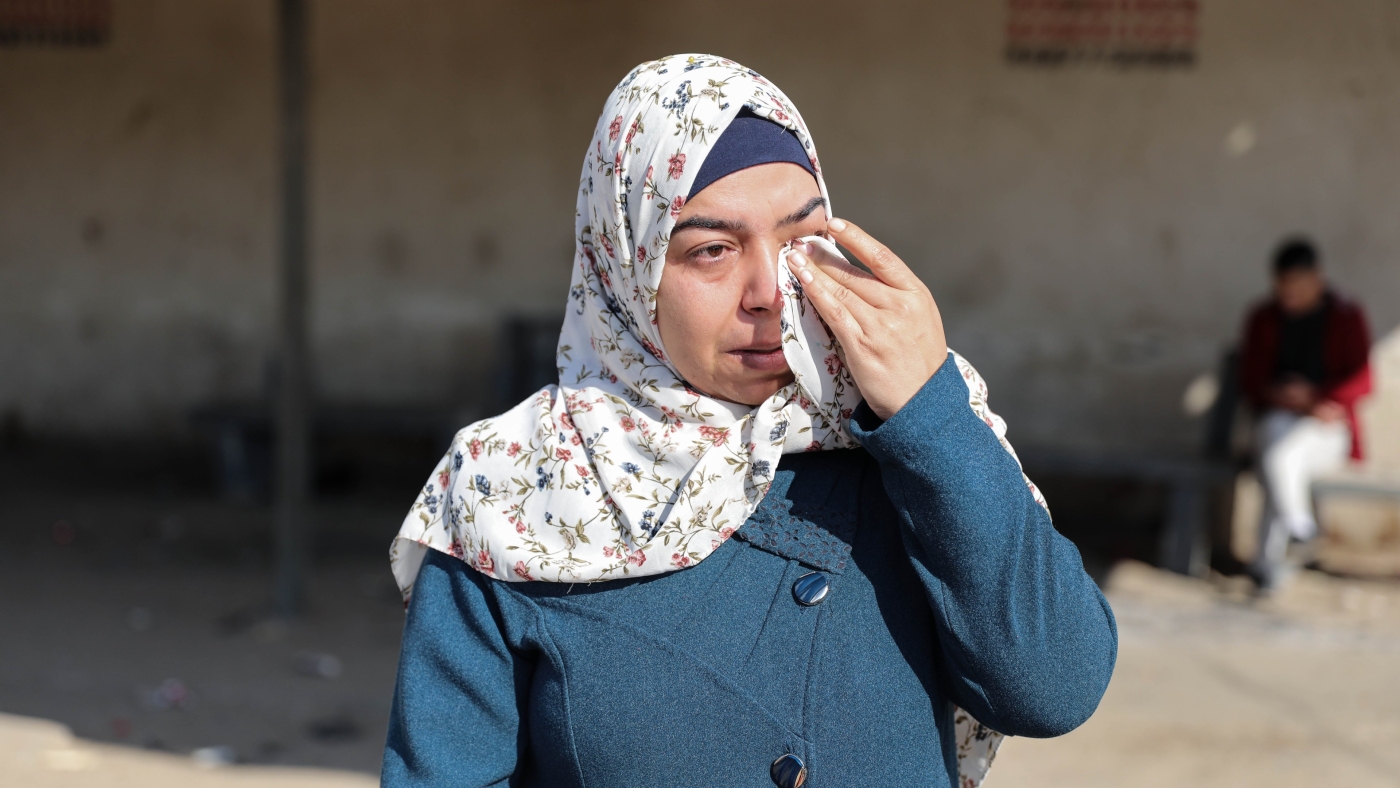 A Palestinian woman wipes away tears at a protest against Israel's "separation policy" in northern Gaza on 17 January 2023 (MEE/Mohammed al-Hajjar)
By
Maha Hussaini
in
Gaza city, occupied Palestine

On her wedding day, Sally Abujumeiza could not let go of her phone. Her father, kept apart from her under Israeli policy, was on the other end of a video call throughout the party.

"The wedding day was one of the saddest days in our life," Sally's mother, Tassahil Abujumeiza, told Middle East Eye. "She cried all day long."

In 2009, when 24-year-old Sally was 10, her father, Qassem Abujumeiza, left his hometown of Gaza for work in Ramallah in the occupied West Bank, around 80 km away.

Back then, the tailor factory manager thought it would take him a few days to arrange for his family in Gaza to join him in Ramallah. Fourteen years later, the family is still waiting for unification.

They are among thousands of Gaza-West Bank mixed Palestinian families who suffer under Israel's "separation policy".

Freedom of movement between the two Palestinian territories is severely restricted by the Israeli military, which has imposed a land, sea, and air blockade on the Gaza Strip since 2007.

A combination of exceptional reasons for visits and complicated bureaucratic processes make it nearly impossible for someone like Tassahil and her children to be reunited with Qassem.

The mother of five says Israel has denied dozens of permit requests that they have submitted over the years asking to travel to the West Bank.

"For all these years, I have raised our children all on my own, although he covers our expenses," Tassahil said.

"Instead of Sally's father giving her away to the groom on her wedding day two years ago, he was able to join only through a mobile screen.

"Him, the guests, our relatives; we were all crying."

On Tuesday, Tassahil joined a protest against Israeli permit policy outside the Beit Hanoun (Erez) crossing, the only pedestrian crossing point between the Gaza Strip and Israel.

Dozens of Palestinian women and their children held signs that read "save the wives trapped in Gaza" in both Arabic and Hebrew and called for the right to be reunited with their spouses in the West Bank. 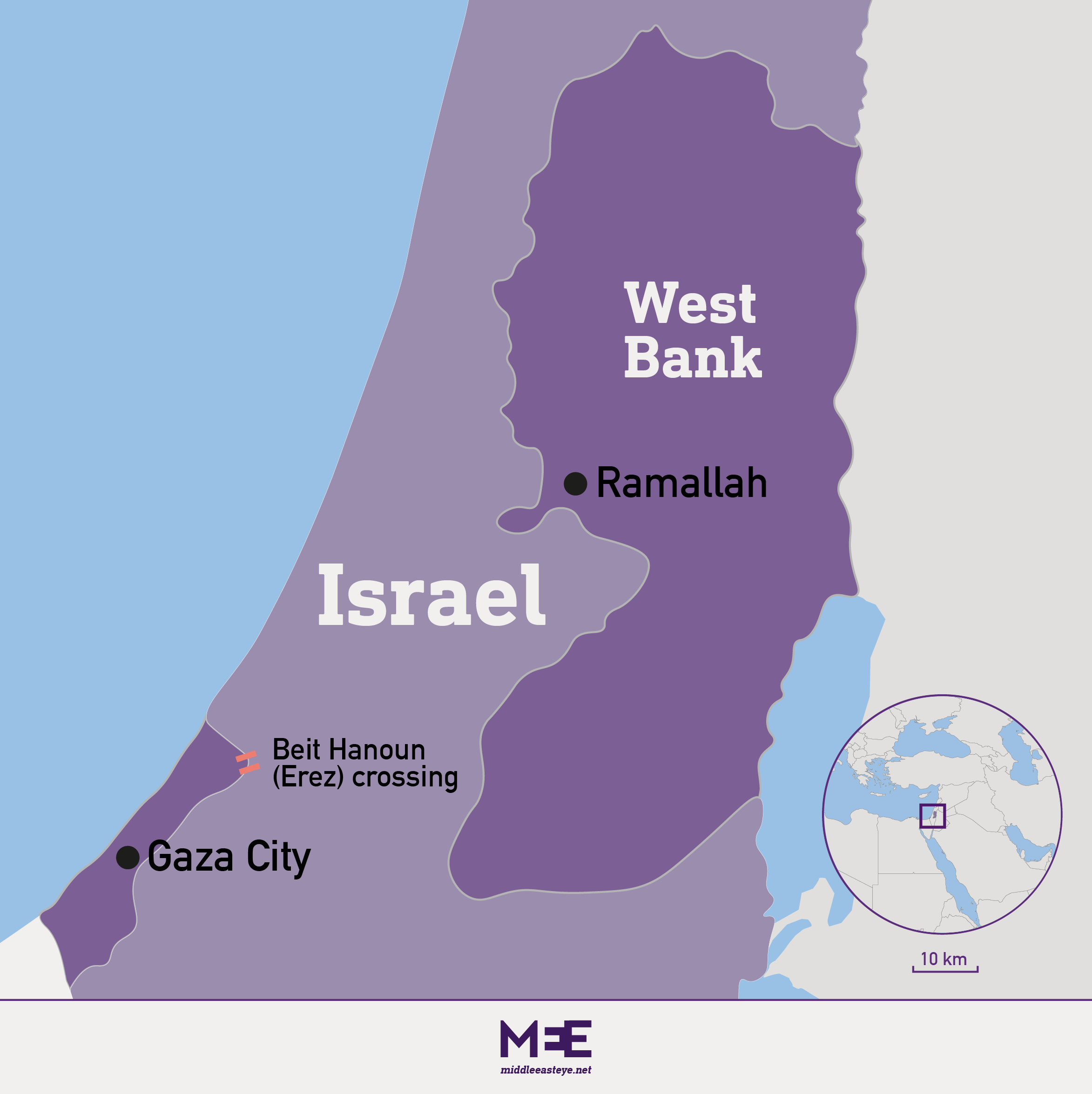 This process, now nearly impossible, was relatively easy prior to the first Palestinian Intifada (uprising) in 1987.

In the 1990s, Israel imposed new restrictions on Palestinians' freedom of movement between Gaza and the West Bank, and a "separation policy" was enforced to "isolate" the Strip.

In this period, Israel stopped updating the addresses of Palestinians who are originally from Gaza but moved to the West Bank in its copy of the Palestinian population registry. They are now treated as "illegal aliens."

Following the imposition of the Israeli-led blockade on Gaza in 2007, Palestinian movement out of the enclave was rendered practically impossible.

Under Israeli policy governing Palestinians' movement between Gaza and the West Bank, residents who fall within very limited categories can leave the besieged enclave. Those include critical medical and humanitarian cases, traders, workers, staff of international organisations, or students with scholarships to study abroad.

However, even people who are eligible for an Israeli exit permit have to wait for weeks or months to get approval. Many are denied permits for unspecified "security reasons", while others do not even get an explanation for the refusal.

Despite the severe restrictions, Tassahil was hopeful her husband could visit Gaza for Sally's wedding. But to enter the strip he has to apply for a permit in a long bureaucratic procedure that could affect his work and residence in the West Bank.

In the past 14 years, Qassem has visited Gaza only five times when there was an emergency, such as a serious illness or the death of first-degree relatives. He was allowed no more than three days on each visit.

"This has added a very heavy burden on me because my children's mental health was worsening growing up apart from their father," Tassahil recounted.

"My youngest child would come and tell me: 'Mom I saw my uncle carrying my cousin on his shoulders and taking him to buy [candies] from the supermarket.'

"In such situations, I would ask my eldest son to do the same with his siblings so that they would not feel like orphans."

Most of the burden has been placed on 22-year-old Nabil, Tassahil eldest son. She says he had to take on his father's responsibilities, causing him to develop depression as a result of the stress he endured.

"Thank God we could save him before his condition deteriorated," said Tassahil, who was quick to take Nabil to a psychiatrist once his teacher informed her he may be developing the symptoms of depression.

In the latest request to visit the West Bank submitted by the family in the summer, Nabil's application was the only one approved by Israeli authorities. He has been in Ramallah since.

"He calls me and says 'Mom I miss you, but I need to stay with my father a little longer.'"

According to the Israeli rights organisation B'tselem, the number of Palestinian families affected by Israel's policy is estimated at several thousand.

"Israel permits movements in one direction regardless of gender: from the West Bank to Gaza, denying Palestinians the most fundamental right to live as a family," he explained.

While Israeli authorities make it nearly impossible for Palestinians in Gaza to reach the West Bank, the military's permit regime includes measures that make it difficult for West Bank residents to leave Gaza once they get there.

Israeli rights group Gisha says the procedure "effectively constitutes a forcible transfer, which is a grave breach of international law amounting to a war crime".

It adds that Israeli authorities use it as a tool of "demographic engineering".

For many in Gaza, seeking jobs in the West Bank is a matter of necessity, not a choice, due to the lack of opportunities in the besieged strip where the economy has been devastated by the long Israeli blockade.

According to the Palestinian Central Bureau of Statistics (PCBS), the unemployment rate in Gaza reached roughly 44.1 percent in the second quarter of 2022, compared to 14 percent in the West Bank.

The 21-year-old got married in 2019 but only one month later her husband found a job in the West Bank and moved there.

Her siblings also moved to the West Bank for work, and with her parents having died years ago, she now lives alone in Gaza.

"My husband is a musician and he went to Ramallah as part of a band he worked with… He can't come back because if he does, he would stay unemployed," Shanghan told MEE.

"I am unemployed, so he and my siblings send me money from time to time, but the situation keeps getting harsher and although they live in the West Bank, they do not have stable jobs."

While the vast majority of couples kept apart are married, some are still engaged and awaiting reunification.

This is the case for Hadil al-Qassas, who hasn't been able to meet her fiance from Hebron since they got engaged eight years ago.

'Although we have never met, it is love that keeps us together when we are apart'

"I have submitted many requests, including address change and visit applications, but I keep receiving refusals for security reasons due to my young age," the 25-year-old told MEE.

"The only place on the planet where you wish you were not young is Gaza."

Due to the long engagement, many in Qassas' circles are urging her to move on as the chances of the couple ever getting married are close to none.

But she says love still fuels her hope.

"They would never understand the feelings we have for each other. Although we have never met, it is love that keeps us together when we are apart," said Qassas.

"Suffering doesn't mean loss of hope. Sometimes what keeps you hopeful is that the impossible can happen and that we will surely one day be in the same place despite the siege and the occupation."

Gaza Siege
How the Gaza siege has made me a stranger to the outside world
Issam A Adwan
Fashion
Checkpoint bags, Gaza goggles: Designs that narrate the Palestinian struggle
Gaza Siege
Doomed in Gaza: The breast cancer lottery facing Palestinian women 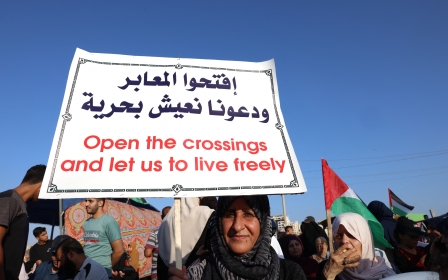 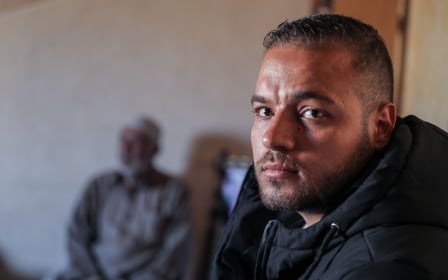 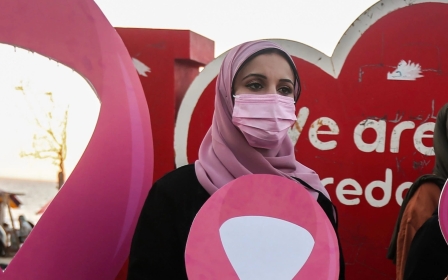