Sudan's military council says it will not accept 'chaos', as protesters come to Khartoum for 'million-strong' march 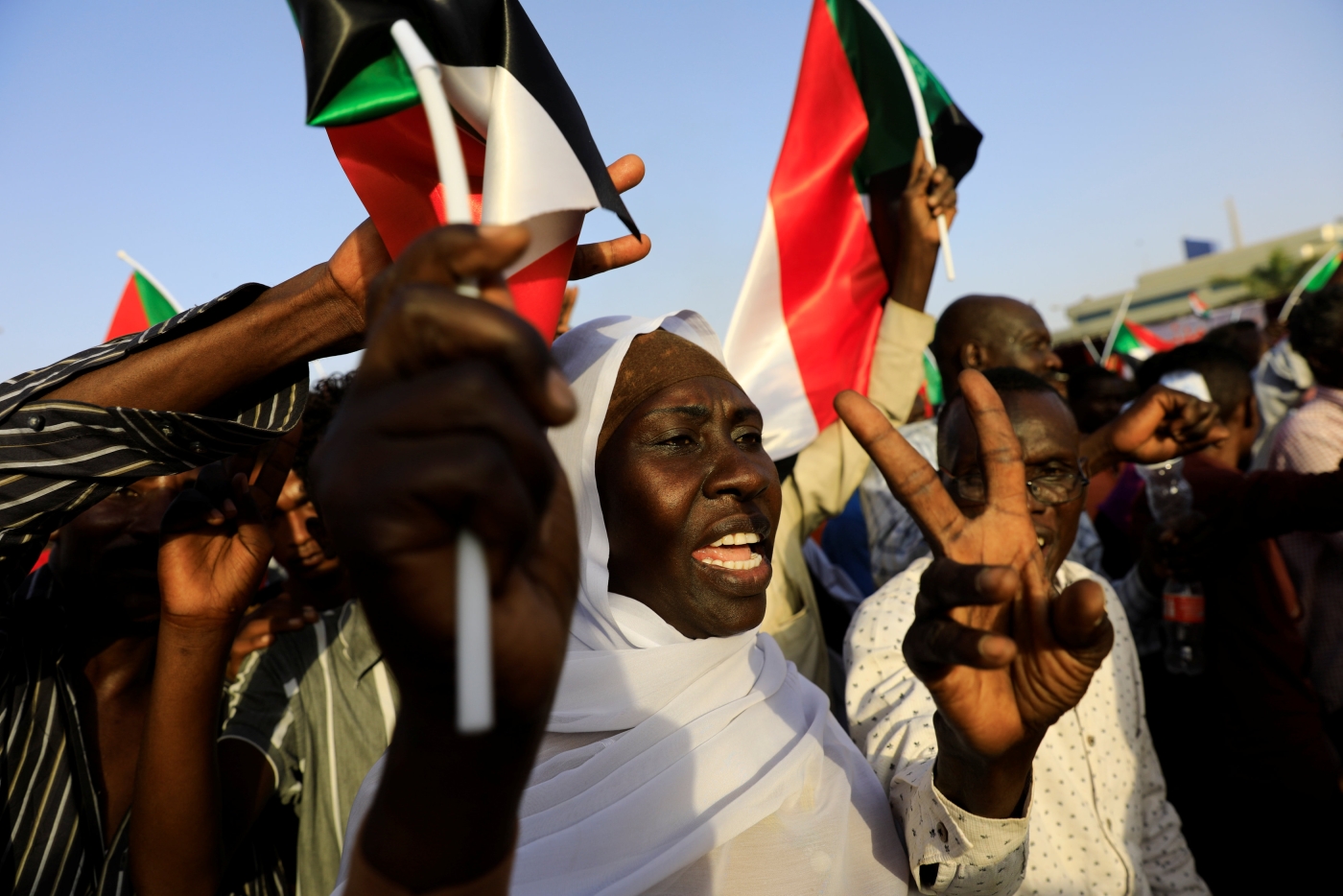 Convoys from around Sudan arrived in the capital Khartoum on Thursday to join an ongoing sit-in protesting against military rule after three-decade ruler Omar al-Bashir was ousted last month.

The military council that removed Bashir from power has hinted that it is tiring of an almost month-long sit-in outside the military headquarters, which helped unseat the former president, saying it will not accept "chaos".

Thursdays have become the focus of weekly "million-strong" marches that have attracted protesters from around the country keen to join the demand for the military council to hand power to a civilian authority.

"The military council is manoeuvring and using different tactics to evacuate the protesters from the square," said mechanical engineer Ahmed Zain, 27. "For example, they are claiming drugs and alcohol are being used in the square, provoking the protesters."

The military council said earlier in the week that it had reached an agreement for the protesters to unblock a key bridge and train line but the Sudanese Professionals Association (SPA), which has been organising many of the protests, denied the agreement.

The council's deputy leader Mohammed Hamdan Dagolo, the Rapid Support Forces paramilitary leader popularly known as Hemeti, said on Tuesday that they "do not accept any chaos" in the country.

"Closing trains and bridges and searching regular forces and looting is a major disaster," he said.

Protesters in Khartoum, who have come to the capital from across the nation, responded by mounting barricades around the sit-in, declaring they were prepared to fight before they allowed the area to be evacuated.

"We will continue sitting here until the military council responds to our demands," said doctor Sara Hassan, 30. "We will not accept these tactics used by the council."

A protestor sends a msg’ to the TMC after announcing they will remove the barricades:
“I am a barricade.I would die for it, I would become the first martyr”
“I will not move away from it, I would die here,I swear to God.We would all die here before you remove it. ⁰#SudanUprising pic.twitter.com/oxDJ2OKQjp

Protest leaders from the Alliance for Freedom and Change - an umbrella group of political parties which joined the SPA - say the army is not serious about handing power to civilians, three weeks after it toppled president Omar al-Bashir.

The army, which took over after Bashir's ousting on 11 April and is backed by Egypt, has been pushing for a 10-member council including seven military representatives and three civilians.

The alliance is demanding a council made up of eight civilians and seven generals.

The disagreement prompted the alliance to announce a "million-strong march on 2 May to assert our main demand, which is for civilian rule".

As both sides in the standoff remained intransigent, they held separate news conferences on Tuesday to explain their divergent views.

"The military council is not serious about handing over power to civilians," said Mohamed Naji al-Assam, a leader of the SPA.

"The military council insists that the [joint] council should be military-led with civilian representation," Assam said, adding the army had been seeking to "expand its powers daily".

In an interview with the AFP news agency on Wednesday, Sudan's former prime minister and opposition leader Sadiq al-Mahdi warned protest leaders against provoking the military.

"If we provoke the... armed forces which contributed to the change, we would be asking for trouble," the 83-year-old said.

The spokesman of the military council, Lieutenant General Shamseddin al-Kabbashi, said the "armed forces must remain in the sovereign council" because of tensions facing the country.

Since its formation on 11 April, the 10-member transitional military council has resisted calls to step down. Demonstrators have accused the group of generals of being no different to Bashir.

On Saturday, the two sides agreed to form a joint civilian-military body to pave the way for a civilian government after lengthy talks.

But a new round of talks with the military council to iron out their differences has yet to be decided.

The African Union on Tuesday gave Sudan's military rulers another 60 days to hand over power to a civilian authority or face suspension, after an earlier deadline was missed. 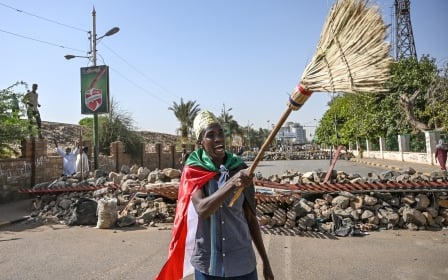